The Van Gogh Museum is an art museum dedicated to the works of Vincent van Gogh and his contemporaries in Amsterdam in the Netherlands. It is located at the Museum Square in the borough Amsterdam South, close to the Stedelijk Museum, the Rijksmuseum, and the Concertgebouw.

The museum opened on 2 June 1973. It is located in buildings designed by Gerrit Rietveld and Kisho Kurokawa. The museum's collection is the largest collection of Van Gogh's paintings and drawings in the world.

Van Gogh's unsold works
Upon Vincent van Gogh's death in 1890, his work not sold fell into the possession of his brother Theo. Theo died six months after Vincent, leaving the work in the possession of his widow, Johanna van Gogh-Bonger. Selling many of Vincent's paintings with the ambition of spreading knowledge of his artwork, Johanna maintained a private collection of his works.

The collection was inherited by her son Vincent Willem van Gogh in 1925, eventually loaned to the Stedelijk Museum in Amsterdam where it was displayed for many years, and was transferred to the state-initiated Vincent van Gogh Foundation in 1962.

Dedicated museum
Design for a Van Gogh Museum was commissioned by the Dutch government in 1963 to Dutch architect and furniture designer Gerrit Rietveld. Rietveld died a year later, and the building was not completed until 1973, when the museum opened its doors.

In 1998 and 1999, the building was renovated by the Dutch architect Martien van Goor and an exhibition wing by the Japanese modernist architect Kisho Kurokawa was added.
Starting in late 2012, the museum was closed for renovations for six months. During this period, 75 works from the collection were shown in the Hermitage Amsterdam.

On 9 September 2013, the museum unveiled a long-lost Van Gogh painting that spent years in a Norwegian attic believed to be by another painter. It is the first full-size canvas by him discovered since 1928. Sunset at Montmajour depicts trees, bushes and sky, painted with Van Gogh's familiar thick brush strokes. It can be dated to the exact day it was painted because he described it in a letter to his brother, Theo, and said he painted it the previous day 4 July 1888.

Rietveld building
The Rietveld building is the main structure of the museum and exhibits the permanent collection. The building has a rectangular floor plan and is four stories high. On the ground floor are a shop, a café, and the introductory part of the art exhibition. The first floor shows the works of Van Gogh grouped chronologically. The second floor gives information about the restoration of paintings and has a space for minor temporary exhibitions. The third floor shows paintings of Van Gogh's contemporaries in relationship to the work of Van Gogh himself.

The permanent collection also includes nine of the artist's self-portraits and some of his earliest paintings dating back to 1882. 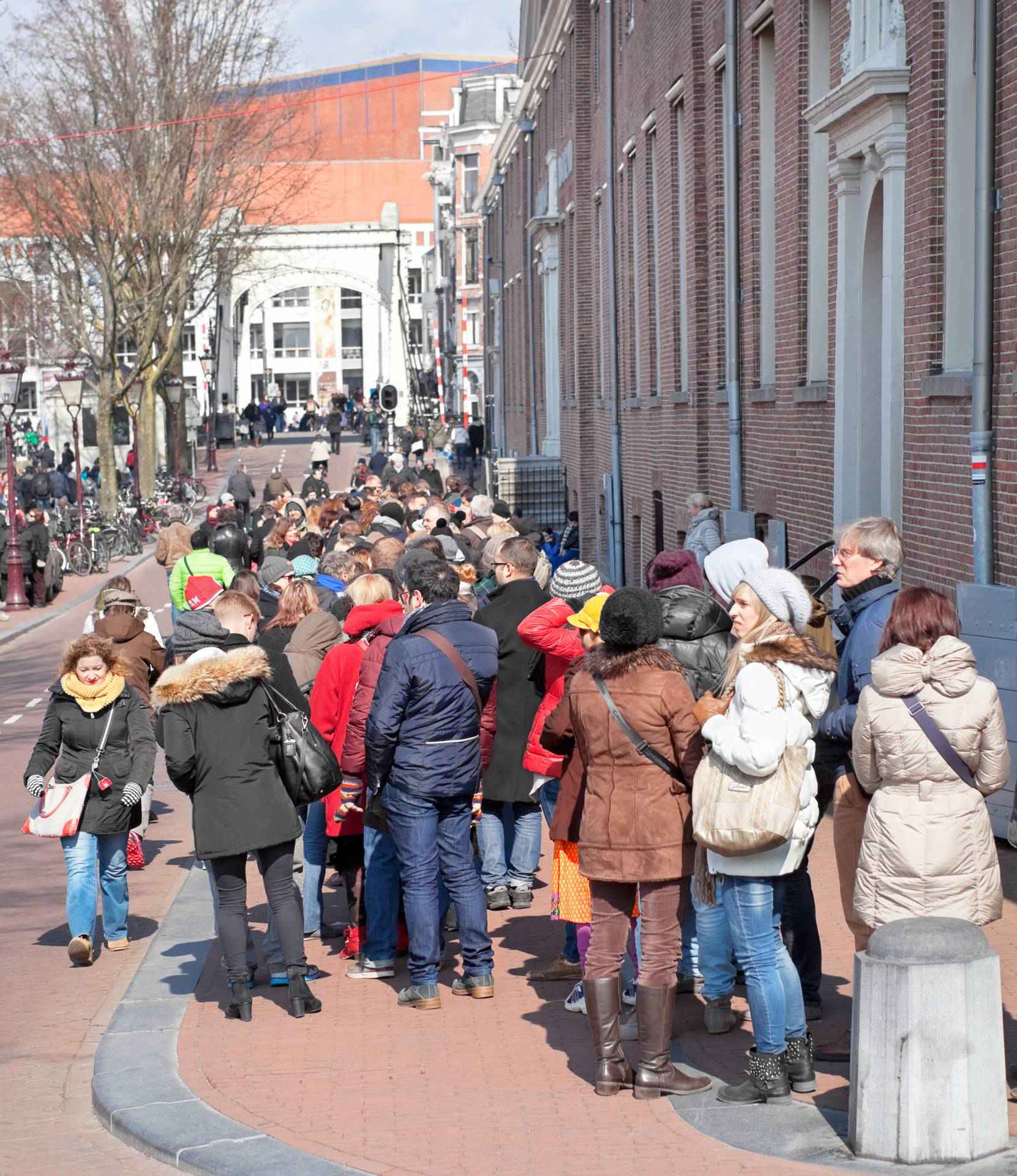