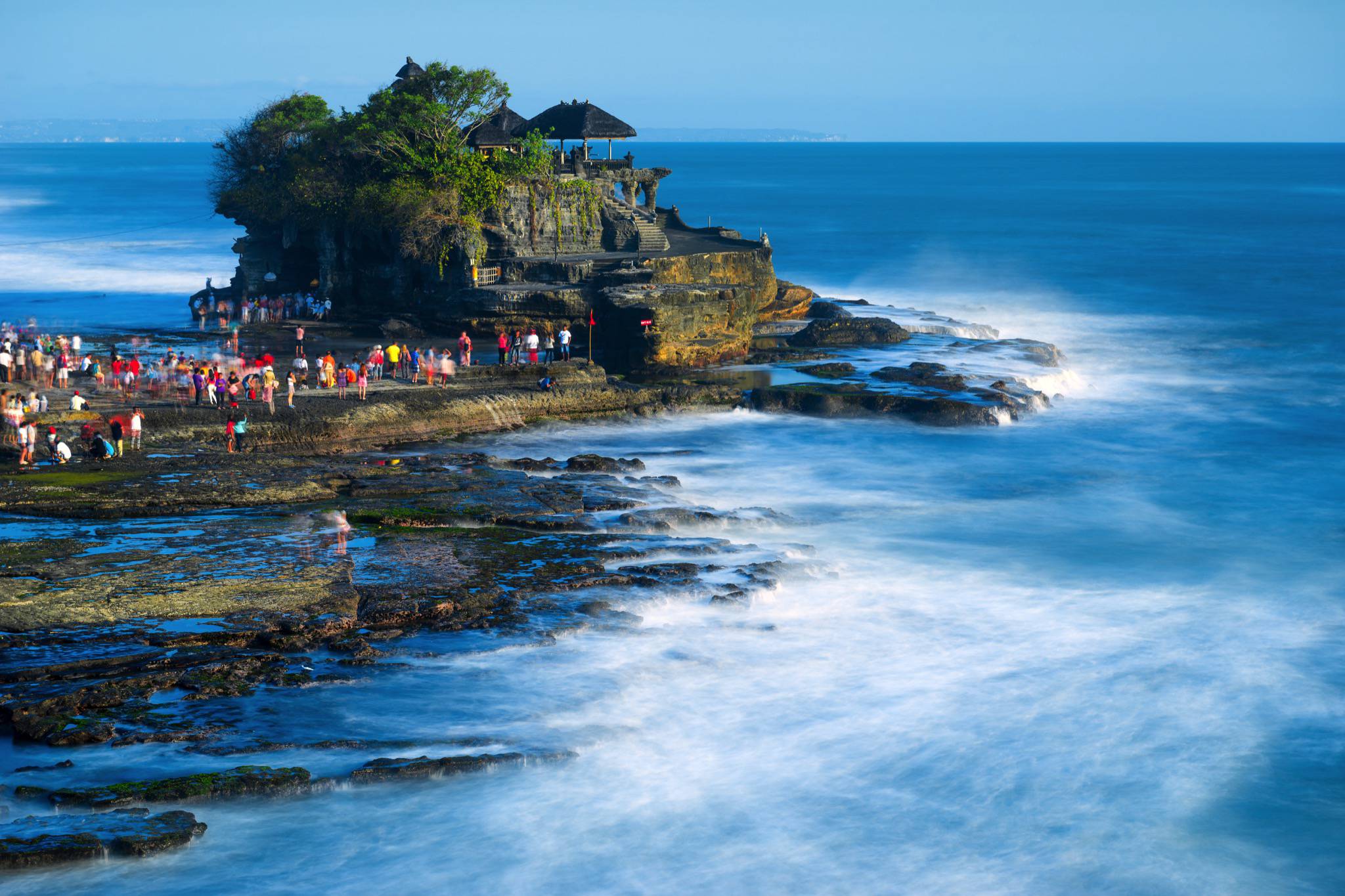 Tanah Lot is a rock formation off the Indonesian island of Bali. It is home to the pilgrimage temple Pura Tanah Lot , a popular tourist and cultural icon for photography and general exoticism.

Tanah Lot Temple
Tanah Lot means "Land Sea" in the Balinese language. Located in Tabanan, about 20 kilometres (12 mi) from Denpasar, the temple sits on a large offshore rock which has been shaped continuously over the years by the ocean tide.

Tanah Lot is claimed to be the work of the 16th-century Dang Hyang Nirartha. During his travels along the south coast he saw the rock-island's beautiful setting and rested there. Some fishermen saw him, and bought him gifts. Nirartha then spent the night on the little island. Later he spoke to the fishermen and told them to build a shrine on the rock, for he felt it to be a holy place to worship the Balinese sea gods. The main deity of the temple is Dewa Baruna or Bhatara Segara, who is the sea god or sea power and these days, Nirartha is also worshipped here.

At the base of the rocky island, venomous sea snakes are believed to guard the temple from evil spirits and intruders. The temple is purportedly protected by a giant snake, which was created from Nirartha's selendang (a type of sash) when he established the island.

Restoration
In 1980, the temple's rock face was starting to crumble and the area around and inside the temple started to become dangerous. The Japanese government then provided a loan to the Indonesian government of Rp 800 billion (approximately US$130 million) to conserve the historic temple and other significant locations around Bali. As a result, over one third of Tanah Lot's "rock" is actually cleverly disguised artificial rock created during the Japanese-funded and supervised renovation and stabilization program.

Tourism
The area leading to Tanah Lot is highly commercialized and people are required to pay to enter the area. To reach the temple, visitors must walk through a set of Balinese market-format souvenir shops which cover each side of the path down to the sea. On the mainland clifftops, restaurants have also been provided for tourists. 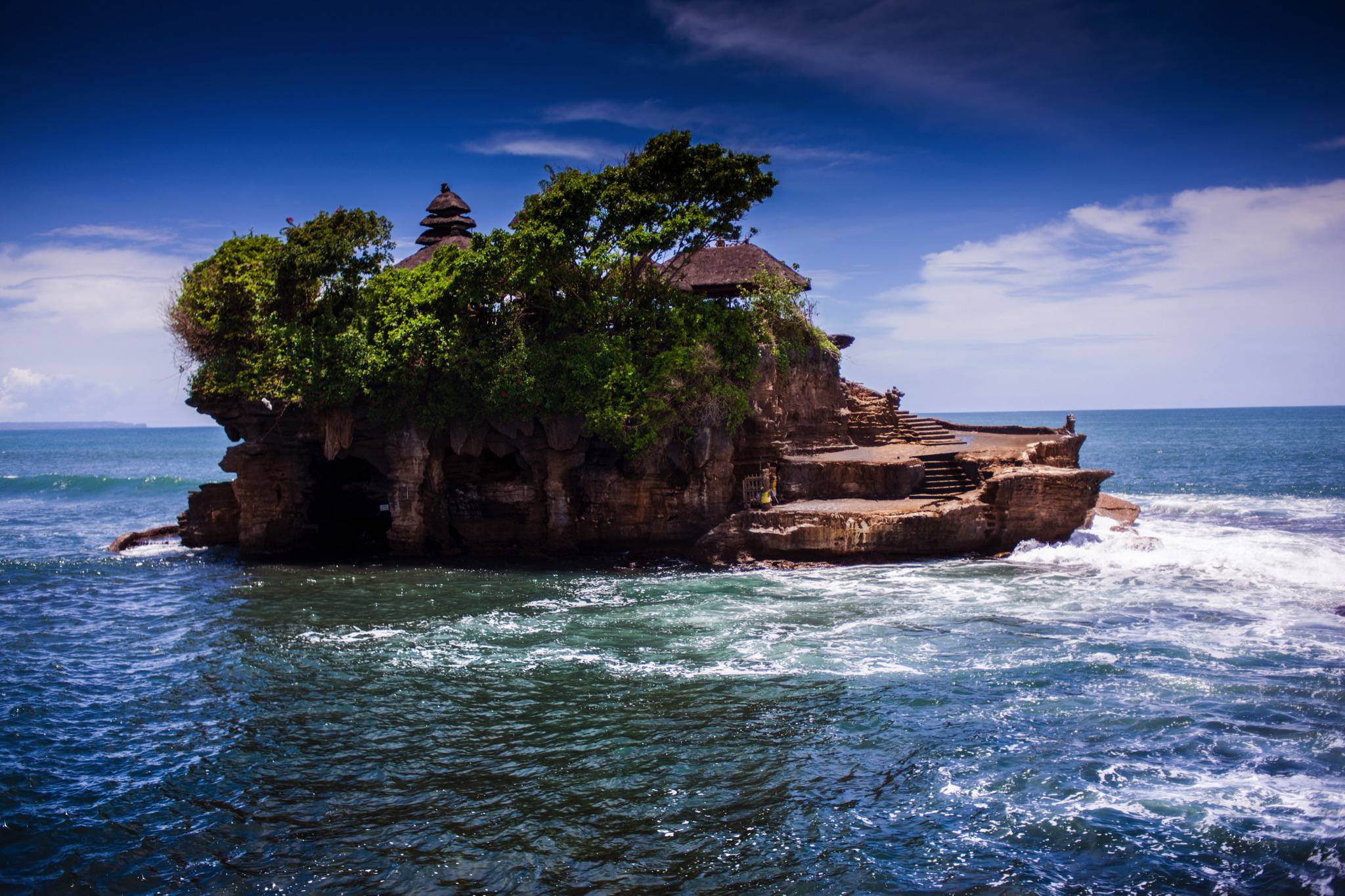