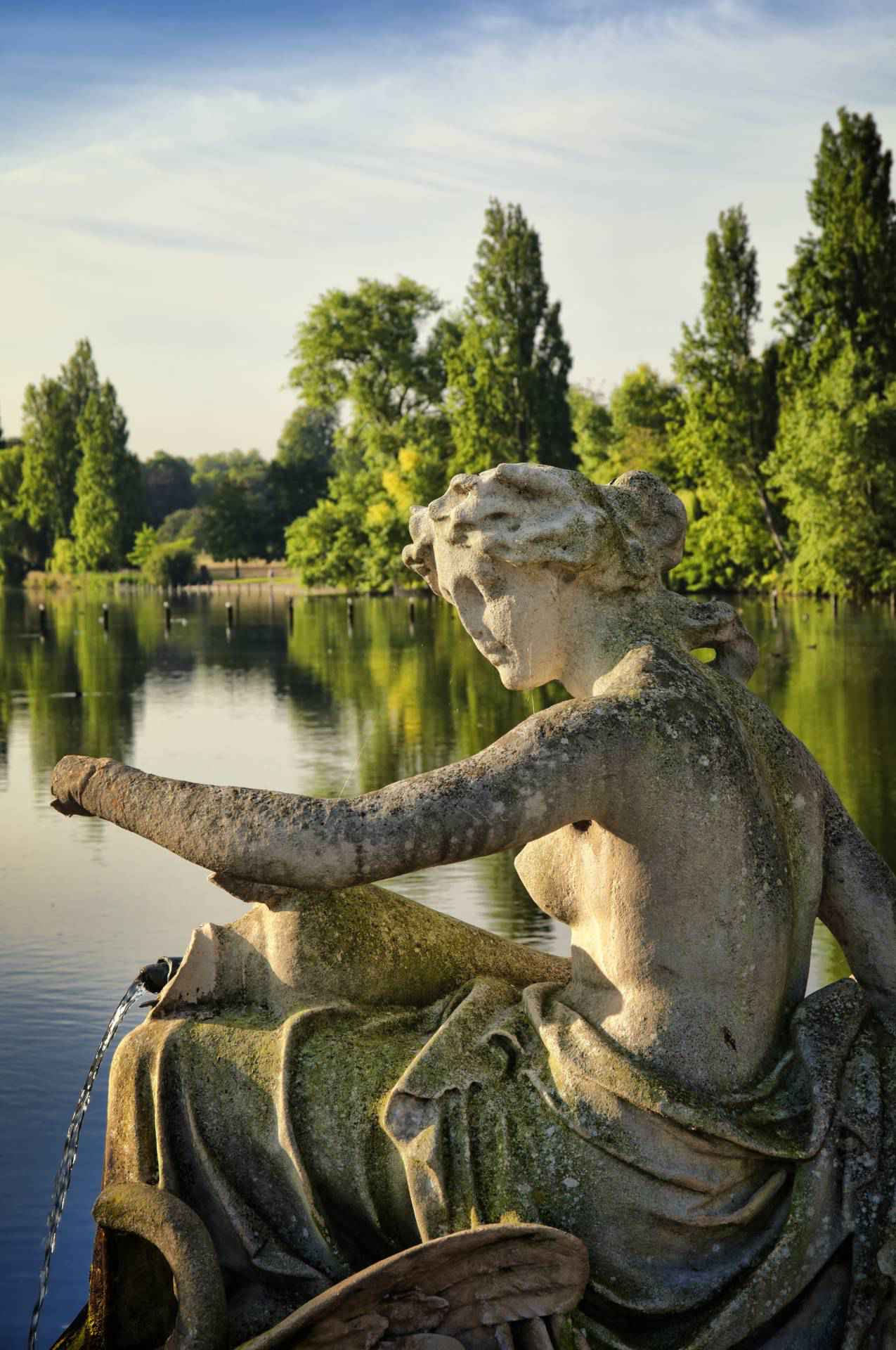 Background and location
Kensington Gardens are generally regarded as being the western extent of the neighbouring Hyde Park from which they were originally taken, with West Carriage Drive (The Ring) and the Serpentine Bridge forming the boundary between them. The Gardens are fenced and more formal than Hyde Park. Kensington Gardens are open only during the hours of daylight, whereas Hyde Park is open from 5 am until midnight all year round, which includes many hours of darkness.

Kensington Gardens were long regarded as smarter than Hyde Park because of its more private character around Kensington Palace. However, in the late 1800s, Hyde Park was considered the more "fashionable" of the two because of its location nearer to Park Lane (Mayfair) and Knightsbridge, adjoining the entrance to central London opposite Wellington Arch and was therefore more crowded.

Buildings
The land surrounding Kensington Gardens was predominantly rural and remained largely undeveloped until the Great Exhibition in 1851. Many of the original features survive along with the Palace, and now there are other public buildings such as the Albert Memorial (at the south-east corner of Kensington Gardens, opposite the Royal Albert Hall), the Serpentine Gallery, and Speke's monument. 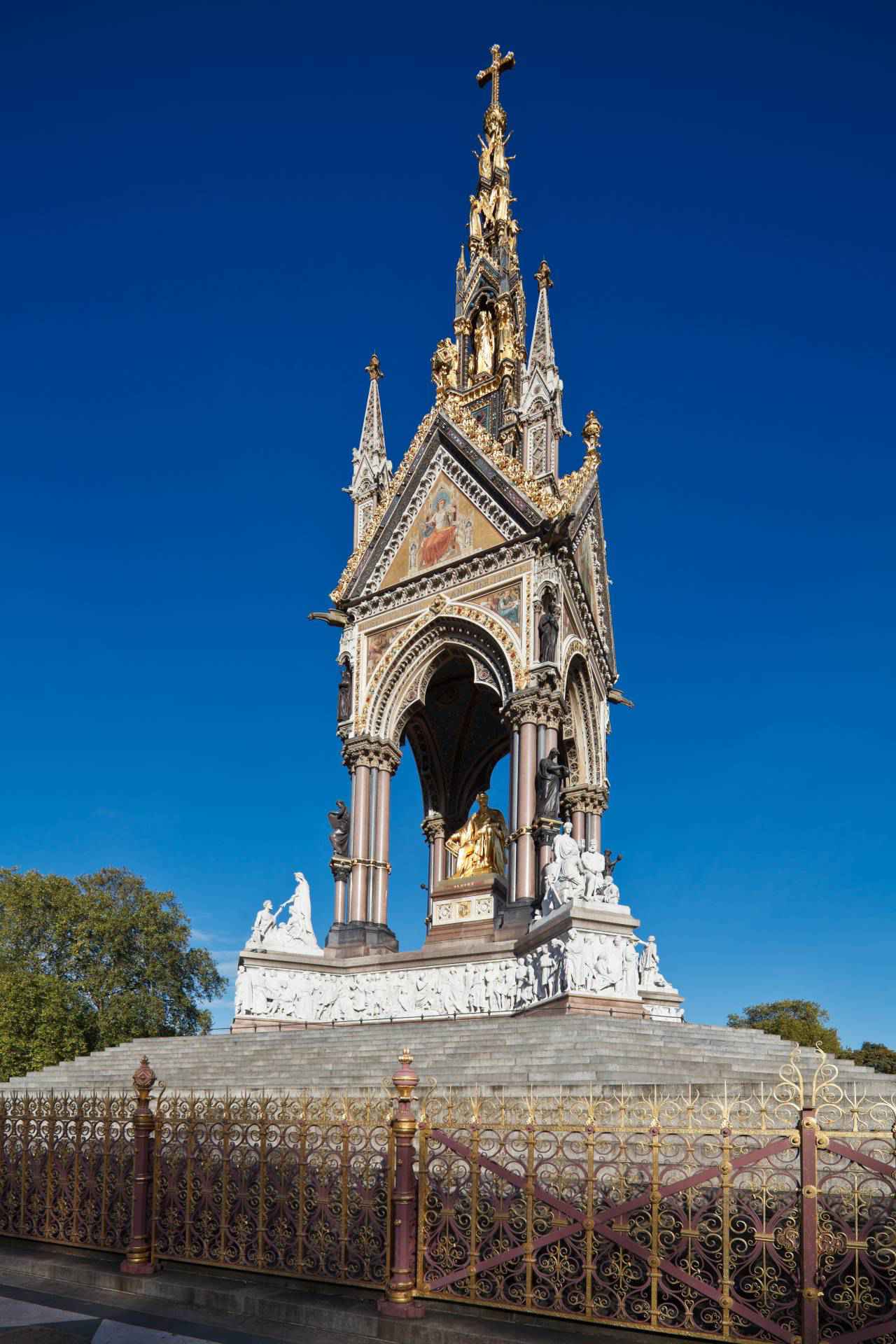