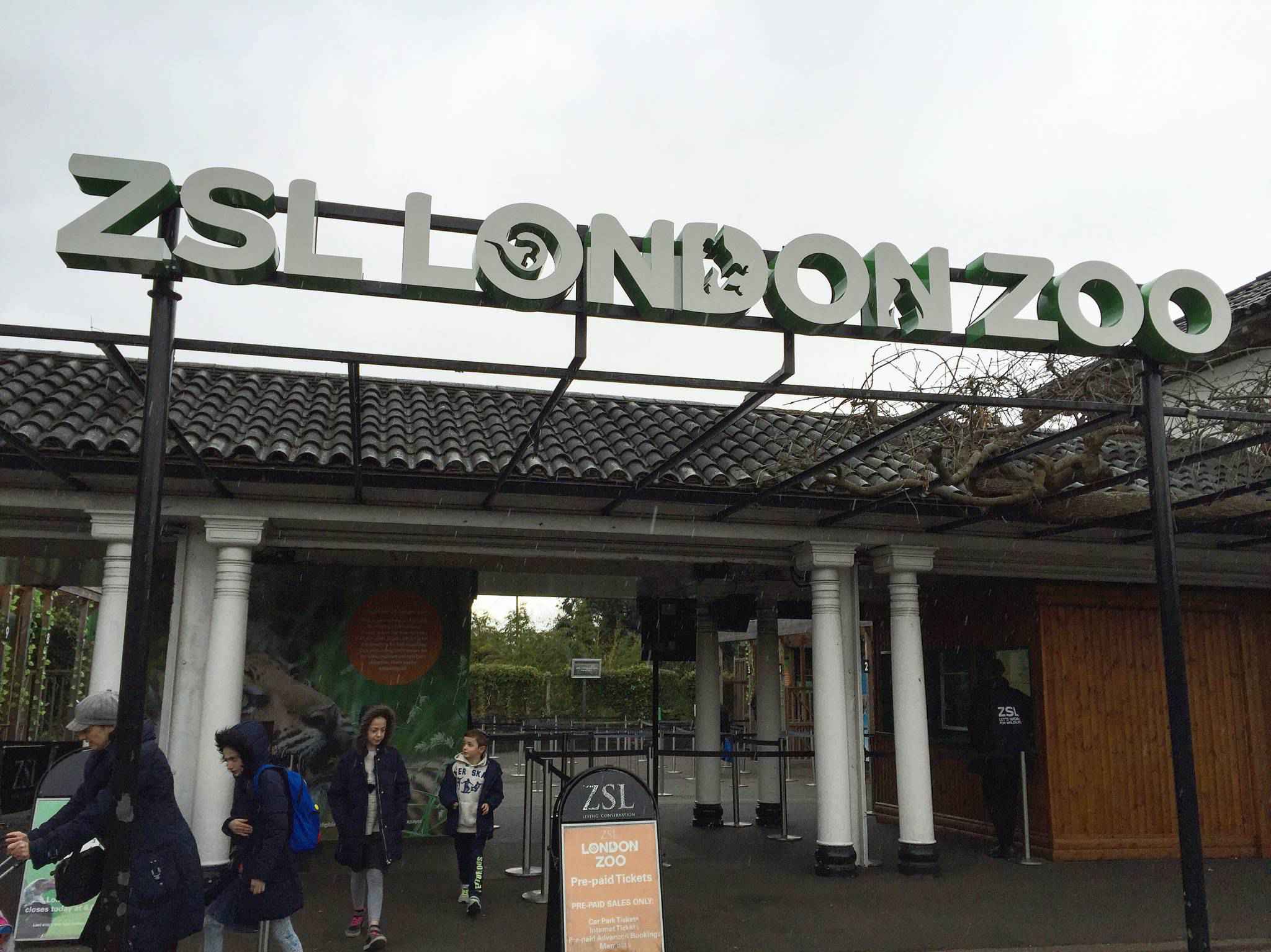 London Zoo is the world's oldest scientific zoo. It was opened in London on April 27, 1828, and was originally intended to be used as a collection for scientific study. It was eventually opened to the public in 1847. Today it houses a collection of 756 species of animals, with 17,480 individuals, making it one of the largest collections in the United Kingdom. The zoo is sometimes called Regent's Zoo.

It is managed under the aegis of the Zoological Society of London , and is situated at the northern edge of Regent's Park, on the boundary line between the City of Westminster and the borough of Camden (the Regent's Canal runs through it). The Society also has a more spacious site at ZSL Whipsnade Zoo in Bedfordshire to which the larger animals such as elephants and rhinos have been moved. As well as being the first scientific zoo, ZSL London Zoo also opened the first Reptile house (1849), first public Aquarium (1853), first insect house (1881) and the first children's zoo (1938).

ZSL receives no state funding and relies on 'Fellows' and 'Friends' memberships, entrance fees and sponsorship to generate income.

Architecture
Since its earliest days, the zoo has prided itself on appointing leading architects to design its buildings, today it holds two Grade I, and eight Grade II listed structures.
The initial grounds were laid out in 1828 by Decimus Burton, the zoo's first official architect from 1826 to 1841, made famous for his work on the London Colosseum and Marble Arch. Burton's work began with the Clock Tower in 1828 above what was then the llama house, which today is the first aid kiosk. In 1830 the East Tunnel, which linked the north and south parts of the zoo together for the first time, was completed, which also acted as a bomb shelter during World War II. Burton concluded his work in 1837 with the Giraffe House, which, due to its functional design, still remains in use as the zoo's giraffe enclosure in the Into Africa exhibit.

After Burton, Sir Peter Chalmers Mitchell and John James Joass were appointed to design the Mappin Terraces. Completed in 1914, the Mappin Terraces imitates a mountain landscape to provide a naturalistic habitat for bears and other mountain wildlife. In 1933 the Round House, designed by Berthold Lubetkin's Tecton Architectural Group to house gorillas, was one of the first modernist style buildings to be built in Britain. The following year the Penguin Pool, also designed by Tecton, was opened; both are now grade I listed. The Modernist dual concrete spiral ramps of the Penguin Pool have made it famous, but during a 2004 refurbishment the penguins took a strong liking to the duck pond they had been temporarily relocated to, and they were moved out of the Penguin Pool permanently.

The Snowdon Aviary, built in 1964 by Cedric Price, Lord Snowdon and Frank Newby, made pioneering use of aluminium and tension for support. A year later the Casson Pavilion, designed by Sir Hugh Casson and Neville Conder, was opened as an elephant and rhinoceros house. The Pavilion was commissioned "to display these massive animals in the most dramatic way" and designed to evoke a herd of elephants gathered around a watering hole. 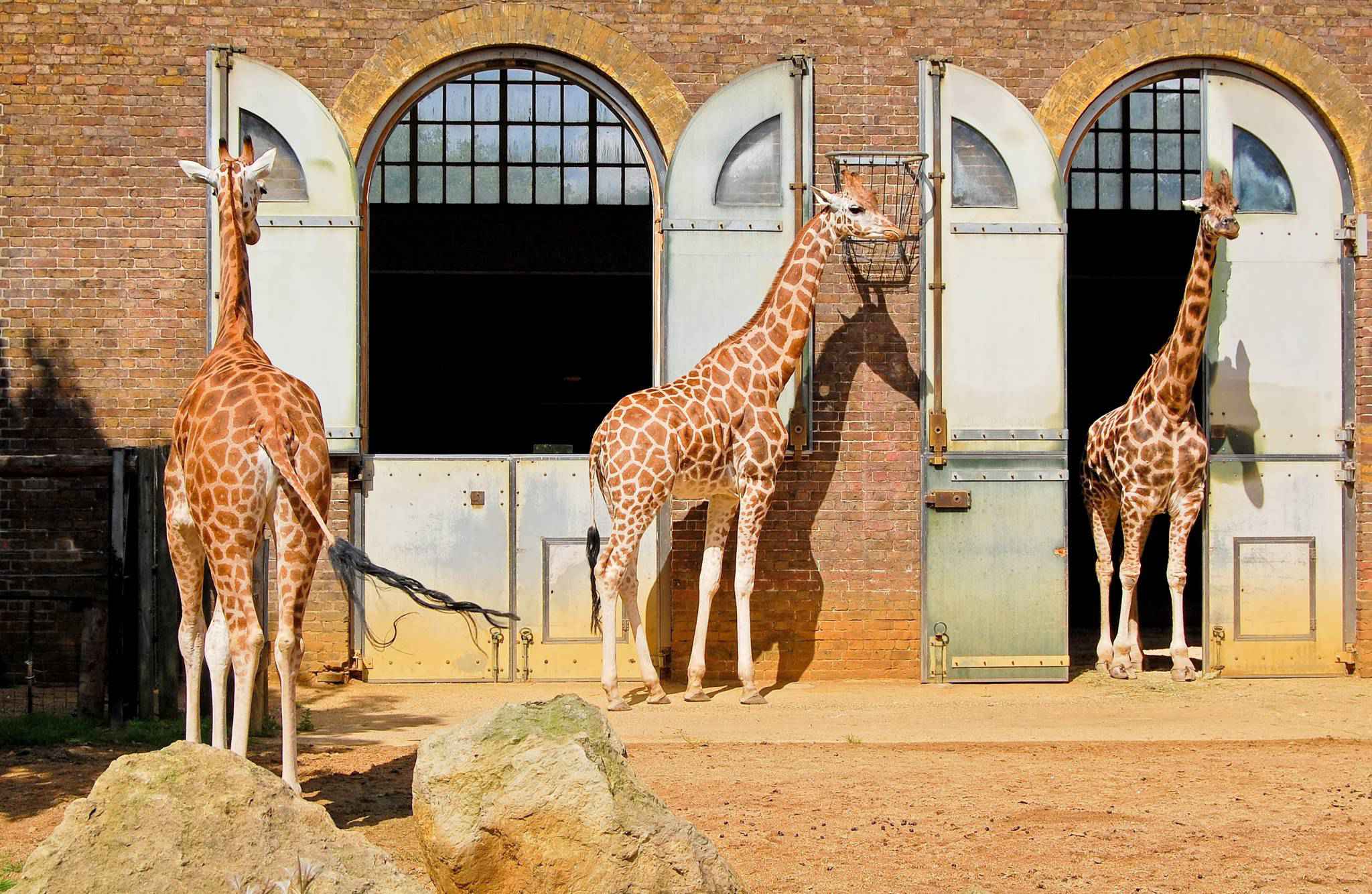