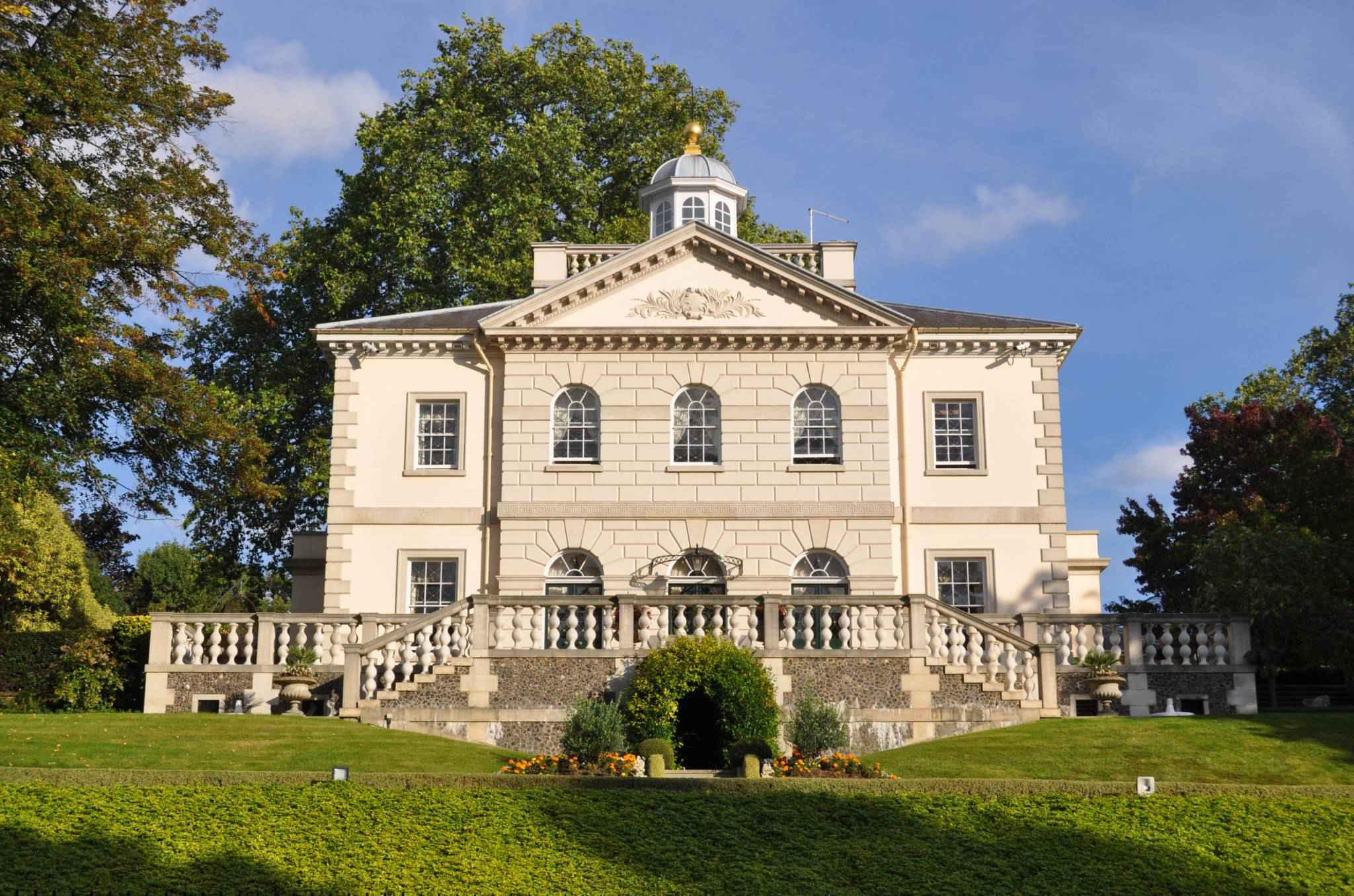 Regent's Park is one of the Royal Parks of London. It lies within north-west London, partly in the City of Westminster and partly in the London Borough of Camden. The population of the Westminster ward at the 2011 Census was 13,528. The population of the Camden Ward at the 2011 Census was 13,528. It contains Regent's University London and the London Zoo.

Description
The park has an outer ring road called the Outer Circle (4.45 km) and an inner ring road called the Inner Circle (1 km), which surrounds the most carefully tended section of the park, Queen Mary's Gardens. Apart from two link roads between these two, the park is reserved for pedestrians. The south, east and most of the west side of the park are lined with elegant white stucco terraces of houses designed by John Nash and Decimus Burton. Running through the northern end of the park is Regent's Canal, which connects the Grand Union Canal to the former London docks.

The 166 hectares (410 acres) park is mainly open parkland that enjoys a wide range of facilities and amenities including gardens, a lake with a heronry, waterfowl and a boating area, sports pitches, and children's playgrounds. The northern side of the park is the home of London Zoo and the headquarters of the Zoological Society of London. There are several public gardens with flowers and specimen plants, including Queen Mary's Gardens in the Inner Circle, in which the Open Air Theatre is located; the formal Italian Gardens and adjacent informal English Gardens in the south-east corner of the park; and the gardens of St John's Lodge. Winfield House, the official residence of the U.S. Ambassador to the United Kingdom, stands in private grounds in the western section of the park. Nearby is the domed London Central Mosque, better known as Regent's Paron mosque, a highly visible landmark.

Located to the south of the Inner Circle is Regent's University London, home of the European Business School London, Regent's American College London (RACL) and Webster Graduate School among others.

On the northern side of Regent's Park is Primrose Hill, which with a height of 256 feet (78 m) gives has a clear view of central London to the south-east, as well as Belsize Park and Hampstead to the north. Primrose Hill is also the name given to the surrounding district.

There are three playgrounds and there is boating on the lake.

Sports take place in an area called the Northern Parkland, and are centred on the Hub. This pavilion and underground changing rooms was designed by David Morley Architects and Price & Myers engineers, and opened by Queen Elizabeth II in 2005. It won the IStructE Award for Community or Residential Structures in 2006.
The Outer Circle is used by road cyclists - one circuit is 4.5 km.

The terraces
John Nash was appointed architectural 'overseer' for the Regent's Park projects of Decimus Burton: Cornwall Terrace, York Terrace, Chester Terrace and the villas of the Inner Circle, including The Holme. However, to the chagrin of Nash, Decimus largely disregarded his advice and developed the Terraces according his own style, to the extent that Nash sought the demolition and complete rebuilding of Chester Terrace, but in vain. Decimus's terraces were built by his father, James Burton (property developer).

More attractions
Park Crescent's breathtaking façades by John Nash have been preserved, although the interiors were rebuilt as offices in the 1960s.
The Camden Green Fair is held in Regent's Park as part of an ongoing effort to encourage citizens of London to go Green.
The fountain erected through the gift of Cowasji Jehangir Readymoney is on The Broadwalk between Chester Road and the Outer Circle. 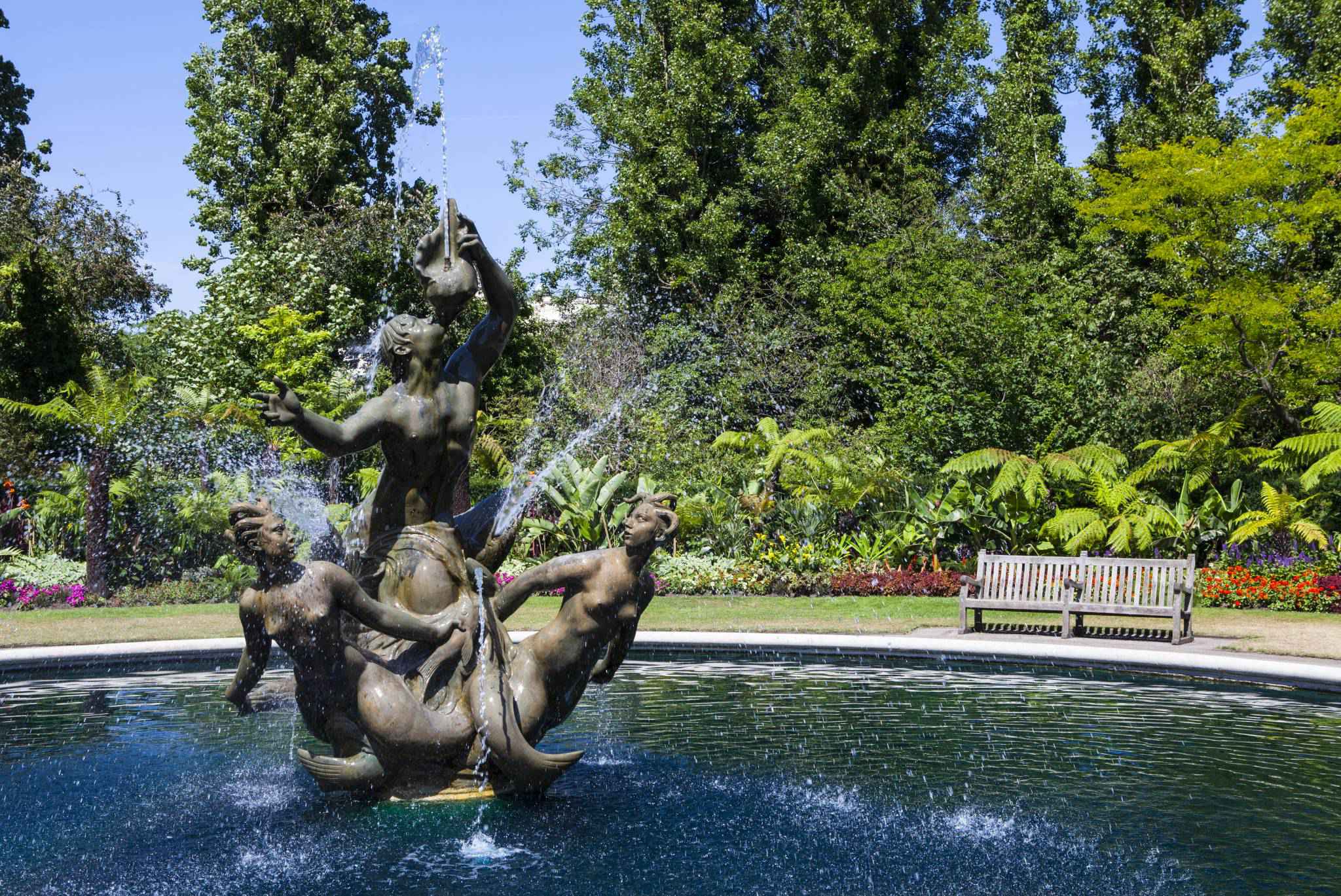