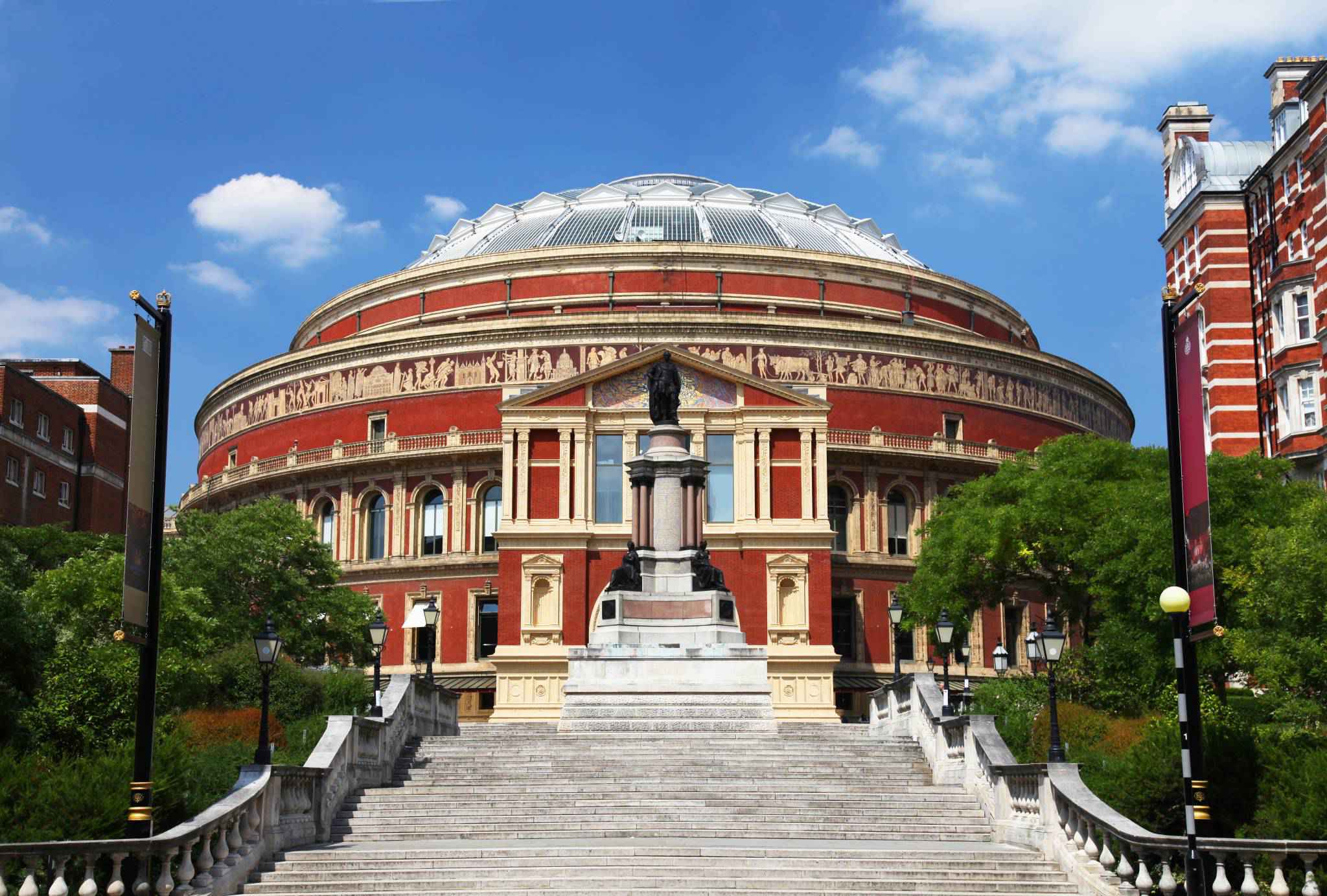 The Royal Albert Hall is a concert hall on the northern edge of South Kensington, London, which holds the Proms concerts annually each summer since 1941. It has a capacity of up to 5,272 seats. The Hall is a registered charity held in trust for the nation and receives no public or government funding.

Since its opening by Queen Victoria in 1871, the world's leading artists from many performance genres have appeared on its stage and it has become one of the UK's most treasured and distinctive buildings. The location of some of the most notable events in British culture, each year it hosts more than 390 shows in the main auditorium, including classical, rock and pop concerts, ballet, opera, film screenings with live orchestra, sports, award ceremonies, school and community events, charity performances and banquets. A further 400 events are held each year in the non-auditorium spaces.

The Hall was originally supposed to have been called the Central Hall of Arts and Sciences, but the name was changed to the Royal Albert Hall of Arts and Sciences by Queen Victoria upon laying the Hall's foundation stone in 1867, in memory of her husband consort, Prince Albert who had died six years earlier. It forms the practical part of a memorial to the Prince Consort – the decorative part is the Albert Memorial directly to the north in Kensington Gardens, now separated from the Hall by Kensington Gore.

Design
The Hall, a Grade I listed building, is an ellipse in plan, with major and minor axes of 83 m (272 ft) and 72 m (236 ft). The great glass and wrought-iron dome roofing the Hall is 41 m (135 ft) high. It was originally designed with a capacity for 8,000 people and has accommodated as many as 9,000 (although modern safety restrictions mean that the maximum permitted capacity is now 5,544 including standing in the Gallery).

Above the frieze is an inscription in 12-inch-high (300 mm) terracotta letters that combines historical fact and Biblical quotations: "This hall was erected for the advancement of the arts and sciences and works of industry of all nations in fulfilment of the intention of Albert Prince Consort. The site was purchased with the proceeds of the Great Exhibition of the year MDCCCLI. The first stone of the Hall was laid by Her Majesty Queen Victoria on the twentieth day of May MDCCCLXVII and it was opened by Her Majesty the Twenty Ninth of March in the year MDCCCLXXI. Thine O Lord is the greatness and the power and the glory and the victory and the majesty. For all that is in the heaven and in the earth is Thine. The wise and their works are in the hand of God. Glory be to God on high and on earth peace."

Below the Arena floor there are two 4000 gallon water tanks, which are used for shows that flood the arena like Madam Butterfly 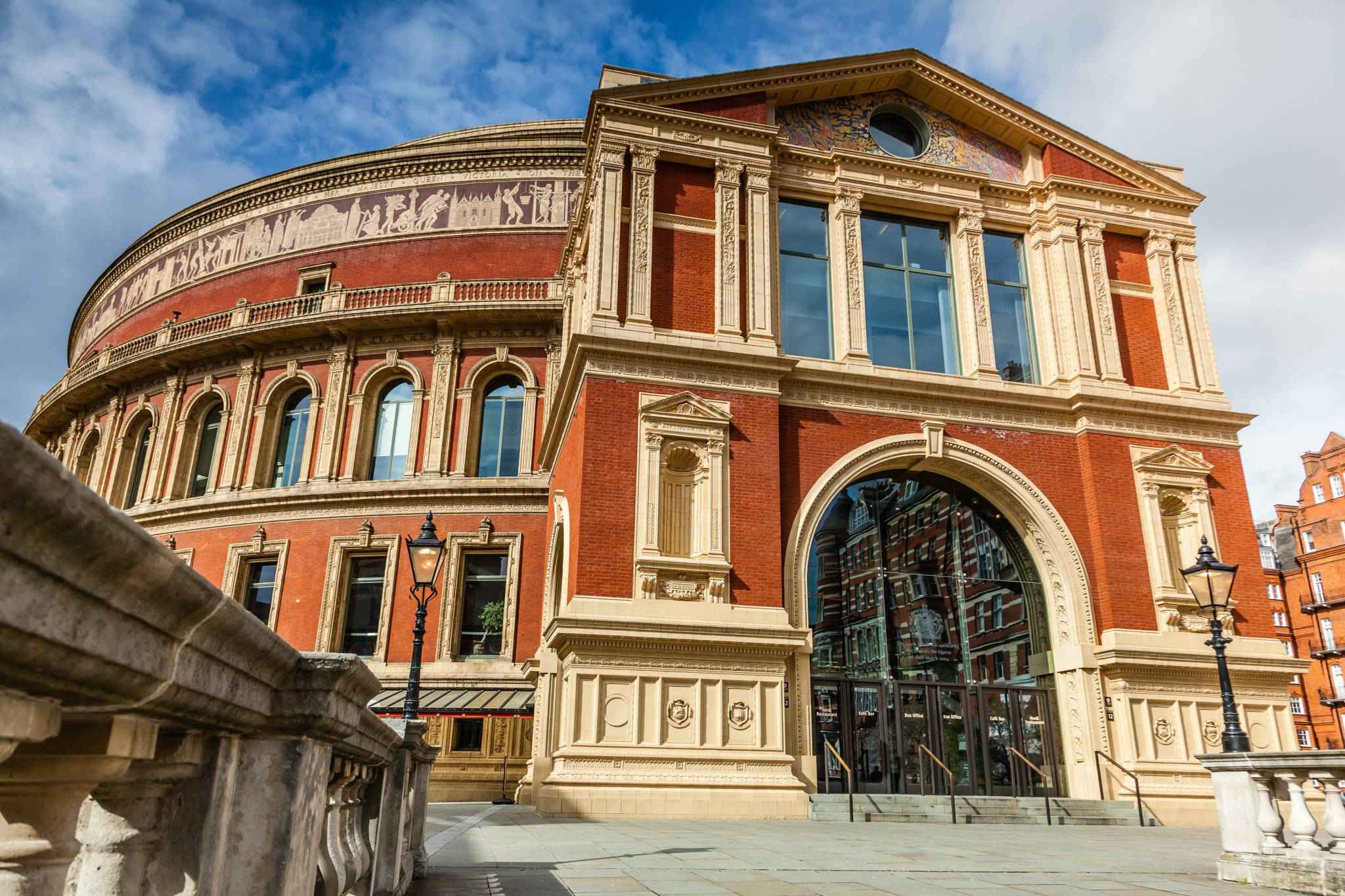