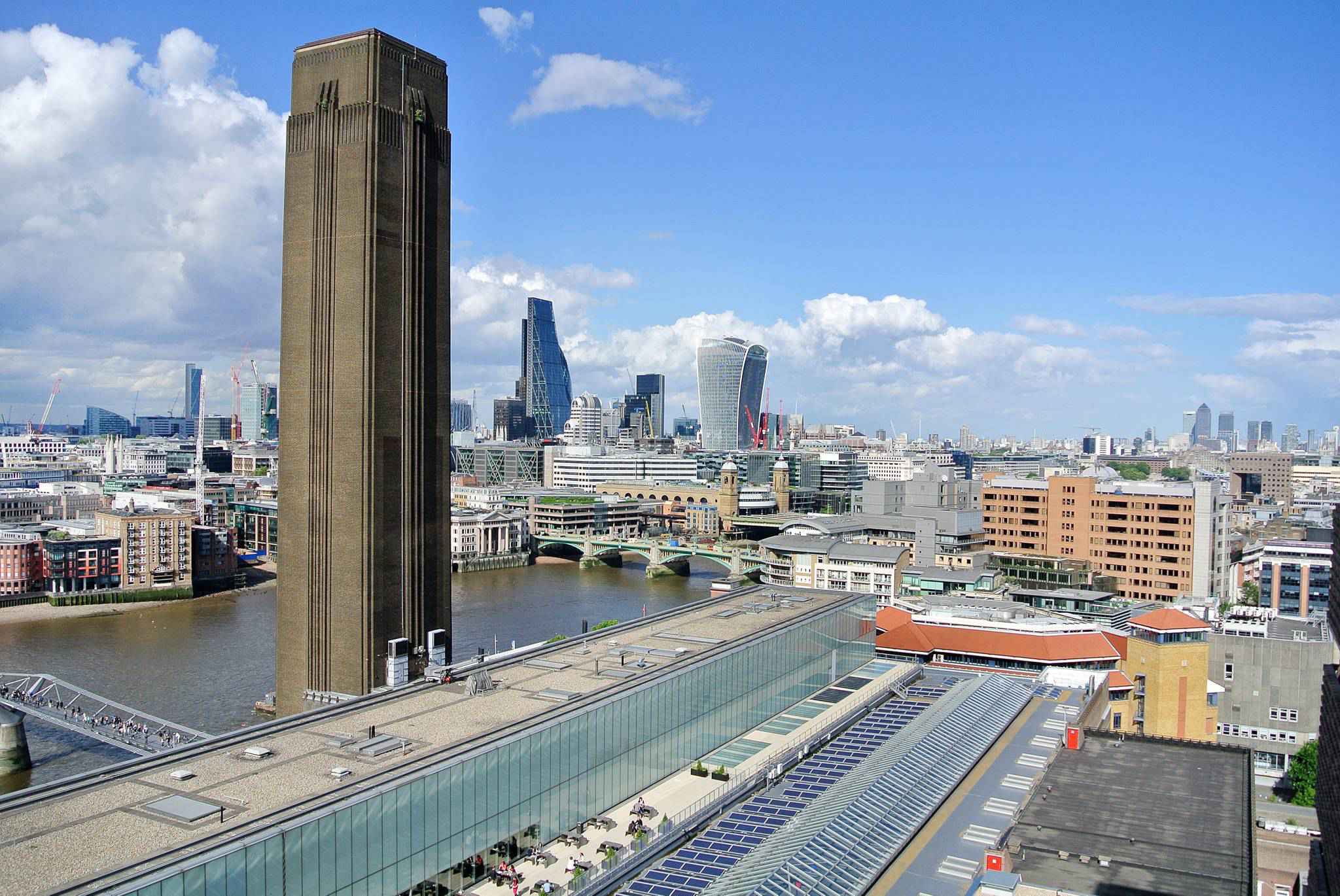 Tate Modern is a modern art gallery located in London. It is Britain's national gallery of international modern art and forms part of the Tate group . It is based in the former Bankside Power Station, in the Bankside area of the London Borough of Southwark. Tate holds the national collection of British art from 1900 to the present day and international modern and contemporary art. Tate Modern is one of the largest museums of modern and contemporary art in the world. As with the UK's other national galleries and museums, there is no admission charge for access to the collection displays, which take up the majority of the gallery space, while tickets must be purchased for the major temporary exhibitions.

Galleries
The collections in Tate Modern consist of works of international modern and contemporary art dating from 1900 until today.

Levels 2, 3 and 4 contain gallery space. Each of those floors is split into a large east and west wing with at least 11 rooms in each. Space between these wings is also used for smaller galleries on levels 2 and 4. The Boiler House shows art from 1900 to the present day.

The Switch House has eleven floors, numbered 0 to 10. Levels 0, 2, 3 and 4 contain gallery space. Level 0 consists of the Tanks, spaces converted from the power station's original fuel oil tanks, while all other levels are housed in the tower extension building constructed above them. The Switch House shows art from 1960 to the present day.
The Turbine Hall is a single large space running the whole length of the building between the Boiler House and the Switch House. At six stories tall it represents the full height of the original power station building. It is cut by bridges between the Boiler House and the Switch House on levels 1 and 4 but the space is otherwise undivided. The western end consists of a gentle ramp down from the entrance and provides access to both sides on level 0. The eastern end provides a very large space that can be used to show exceptionally large artworks due its unusual height.

Collection exhibitions
The main collection displays consist of 8 areas with a named theme or subject. Within each area there are some rooms that change periodically showing different works in keeping with the overall theme or subject. The themes are changed less frequently. There is no admission charge for these areas.

Start Display: A three-room display of works by major artists to introduce the basic ideas of modern art.
Artist and Society
In The Studio
Materials and Objects
Media Networks
Between Object and Architecture
Performer and Participant
Living Cities

There is also an area dedicated to displaying works from the Artist Rooms collection.

Two wings of the Boiler House are used to stage the major temporary exhibitions for which an entry fee is charged. These exhibitions normally run for three or four months. When they were located on a single floor, the two exhibition areas could be combined to host a single exhibition. This was done for the Gilbert and George retrospective due to the size and number of the works. Currently the two wings used are on level 3. It is not known if this arrangement is permanent. Each major exhibition has a dedicated mini-shop selling books and merchandise relevant to the exhibition.

Access and environs
The closest station is Blackfriars via its new south entrance. Other nearby stations include Southwark, as well as St Paul's and Mansion House north of the river which can be reached via the Millennium Bridge. The lampposts between Southwark tube station and Tate Modern are painted orange to show pedestrian visitors the route.

There is also a riverboat pier just outside the gallery called Bankside Pier, with connections to the Docklands and Greenwich via regular passenger boat services (commuter service) and the Tate to Tate service, which connects Tate Modern with Tate Britain.

To the west of Tate Modern lie the sleek stone and glass Ludgate House, the former headquarters of Express Newspapers and Sampson House, a massive late Brutalist office building. 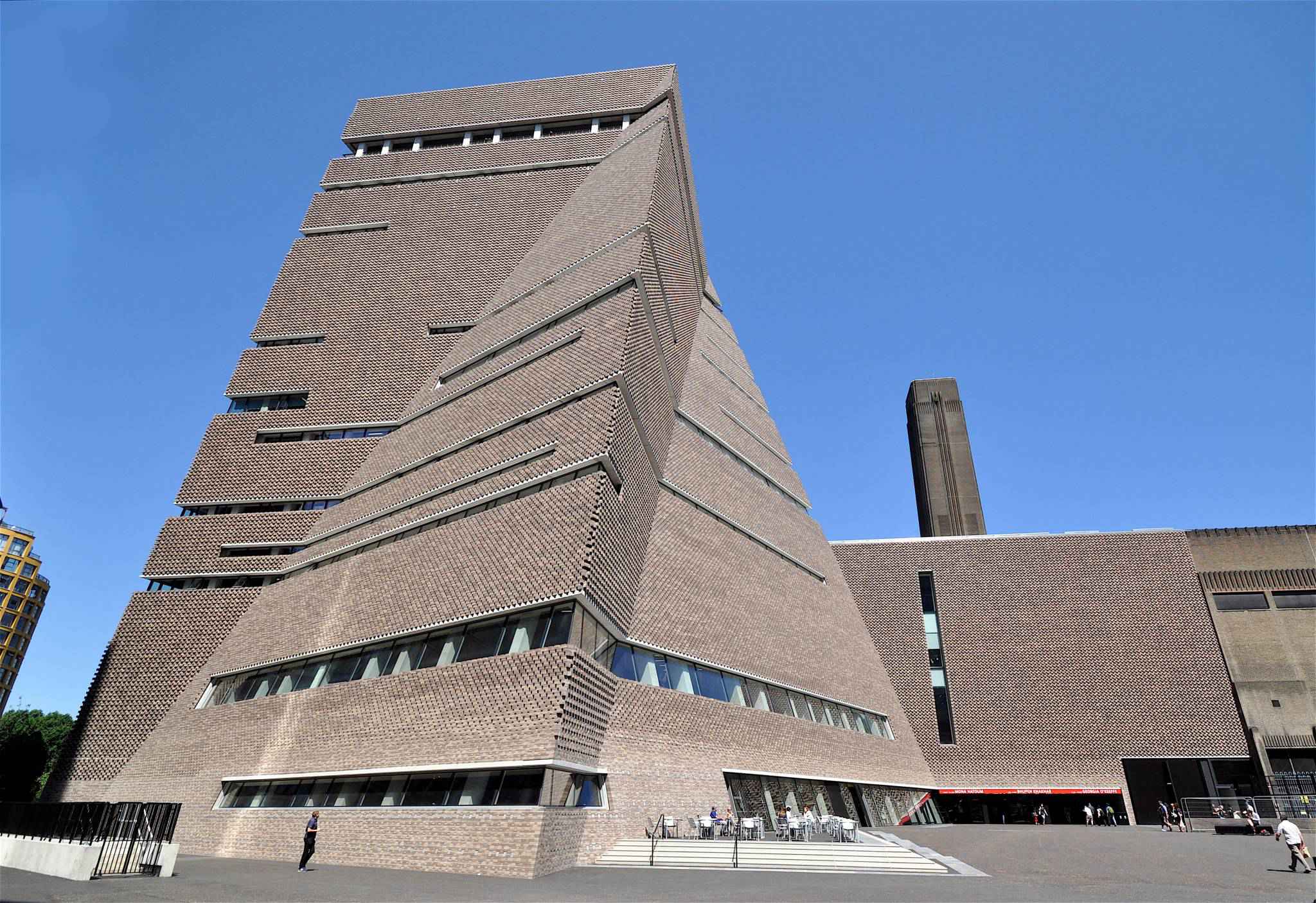