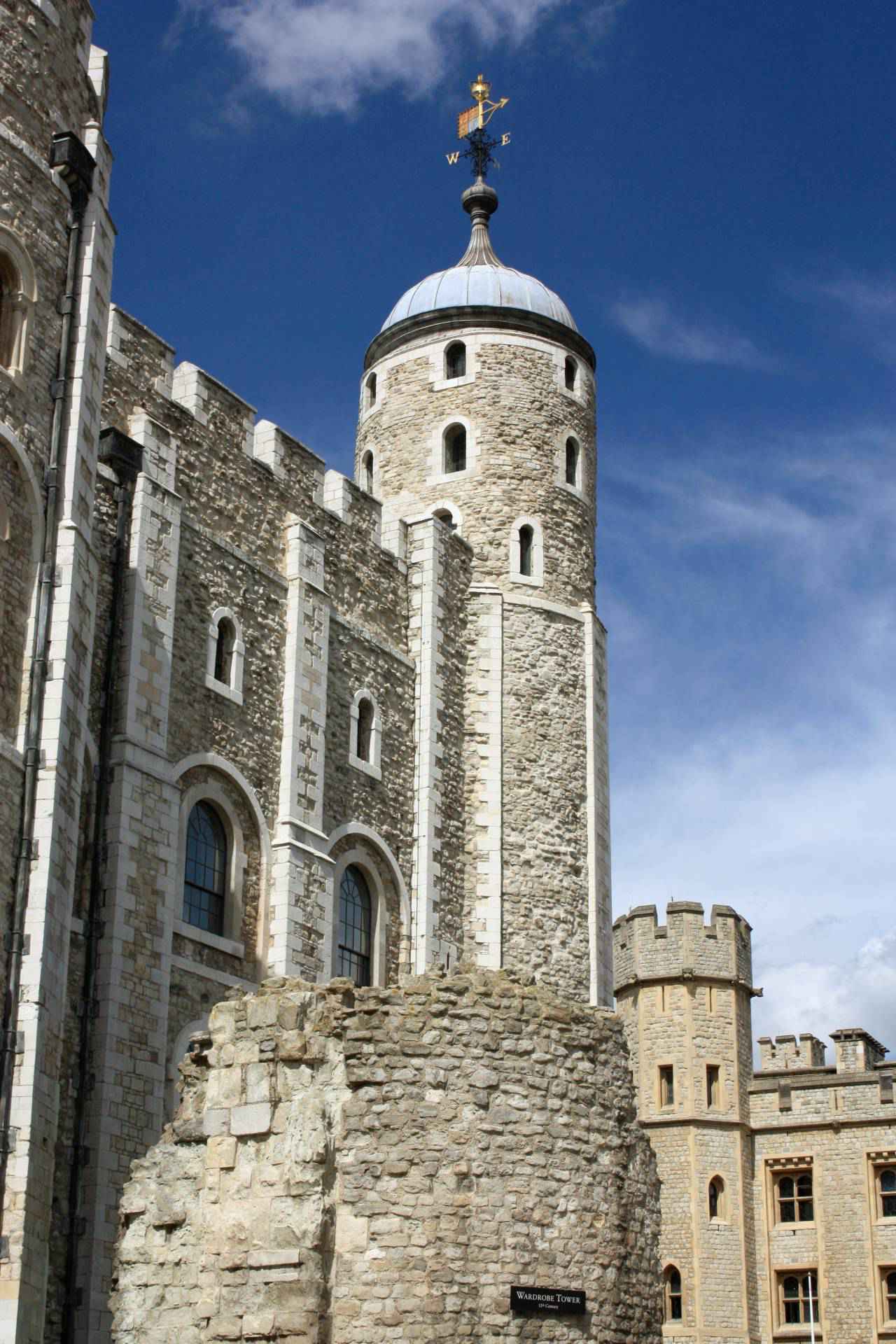 The Tower of London, officially Her Majesty's Royal Palace and Fortress of the Tower of London, is a historic castle located on the north bank of the River Thames in central London. It lies within the London Borough of Tower Hamlets, separated from the eastern edge of the square mile of the City of London by the open space known as Tower Hill. It was founded towards the end of 1066 as part of the Norman Conquest of England. The White Tower, which gives the entire castle its name, was built by William the Conqueror in 1078, and was a resented symbol of oppression, inflicted upon London by the new ruling elite. The castle was used as a prison from 1100 until 1952 (Kray twins), although that was not its primary purpose. A grand palace early in its history, it served as a royal residence. As a whole, the Tower is a complex of several buildings set within two concentric rings of defensive walls and a moat. There were several phases of expansion, mainly under Kings Richard the Lionheart, Henry III, and Edward I in the 12th and 13th centuries. The general layout established by the late 13th century remains despite later activity on the site.

The Tower of London has played a prominent role in English history. It was besieged several times, and controlling it has been important to controlling the country. The Tower has served variously as an armoury, a treasury, a menagerie, the home of the Royal Mint, a public record office, and the home of the Crown Jewels of England. From the early 14th century until the reign of Charles II, a procession would be led from the Tower to Westminster Abbey on the coronation of a monarch. In the absence of the monarch, the Constable of the Tower is in charge of the castle. This was a powerful and trusted position in the medieval period. In the late 15th century the castle was the prison of the Princes in the Tower. Under the Tudors, the Tower became used less as a royal residence, and despite attempts to refortify and repair the castle its defences lagged behind developments to deal with artillery.

The Tower was orientated with its strongest and most impressive defences overlooking Saxon London, which archaeologist Alan Vince suggests was deliberate. It would have visually dominated the surrounding area and stood out to traffic on the River Thames. The castle is made up of three "wards", or enclosures. The innermost ward contains the White Tower and is the earliest phase of the castle. Encircling it to the north, east, and west is the inner ward, built during the reign of Richard the Lionheart (1189–1199). Finally, there is the outer ward which encompasses the castle and was built under Edward I. Although there were several phases of expansion after William the Conqueror founded the Tower of London, the general layout has remained the same since Edward I completed his rebuild in 1285. The castle encloses an area of almost 12 acres (4.9 hectares) with a further 6 acres (2.4 ha) around the Tower of London constituting the Tower Liberties – land under the direct influence of the castle and cleared for military reasons. The precursor of the Liberties was laid out in the 13th century when Henry III ordered that a strip of land adjacent to the castle be kept clear. Despite popular fiction, the Tower of London never had a permanent torture chamber, although the basement of the White Tower housed a rack in later periods. Tower Wharf was built on the bank of the Thames under Edward I and was expanded to its current size during the reign of Richard II (1377–1399).

The Tower of London has become established as one of the most popular tourist attractions in the country. It has been a tourist attraction since at least the Elizabethan period, when it was one of the sights of London that foreign visitors wrote about. Its most popular attractions were the Royal Menagerie and displays of armour. The Crown Jewels also garner much interest, and have been on public display since 1669. The Tower steadily gained popularity with tourists through the 19th century, despite the opposition of the Duke of Wellington to visitors. Numbers became so high that by 1851 a purpose-built ticket office was erected. By the end of the century, over 500,000 were visiting the castle every year.

In the 21st century, tourism is the Tower's primary role, the remaining routine military activities, under the Royal Logistic Corps, having wound down in the latter half of the 20th century and moved out of the castle. However, the Tower is still home to the ceremonial regimental headquarters of the Royal Regiment of Fusiliers, and the museum dedicated to it and its predecessor, the Royal Fusiliers. Also, a detachment of the unit providing the Queen's Guard at Buckingham Palace still mounts a guard at the Tower, and with the Yeomen Warders, takes part in the Ceremony of the Keys each day. On several occasions through the year gun salutes are fired from the Tower by the Honourable Artillery Company, these consist of 62 rounds for royal occasions, and 41 on other occasions.

Crown Jewels
The tradition of housing the Crown Jewels in the Tower of London probably dates from the reign of Henry III (1216–1272). The Jewel House was built specifically to house the royal regalia, including jewels, plate, and symbols of royalty such as the crown, sceptre, and sword. When money needed to be raised, the treasure could be pawned by the monarch. The treasure allowed the monarch independence from the aristocracy, and consequently was closely guarded. A new position for "keeper of the jewels, armouries and other things" was created, which was well rewarded; in the reign of Edward III (1312–1377) the holder was paid 12d a day. The position grew to include other duties including purchasing royal jewels, gold, and silver, and appointing royal goldsmiths and jewellers. In 1649, during the English Civil War, the contents of the Jewel House were disposed of along with other royal properties. Metal items were sent to the Mint to be melted down and re-used, and the crowns were "totallie broken and defaced". When the monarchy was restored in 1660, the only surviving items of the coronation regalia were a 12th-century spoon and three ceremonial swords. The rest of the Crown Jewels had to be recreated. In 1669, the Jewel House was demolished and the Crown Jewels moved into Martin Tower where they could be viewed by the paying public. This was exploited two years later when Colonel Thomas Blood attempted to steal them. Blood and his accomplices bound and gagged the Jewel House keeper. Although they laid their hands on the Imperial State Crown, Sceptre and Orb, they were foiled when the keeper's son turned up unexpectedly and raised the alarm. The Crown Jewels are on display in the Jewel House in the Waterloo Block.

Ghosts
Anne Boleyn was beheaded in 1536 for treason against Henry VIII; her ghost supposedly haunts the chapel of St Peter ad Vincula, where she is buried, and has been said to walk around the White Tower carrying her head under her arm. This haunting is commemorated in the 1934 comic song "With Her Head Tucked Underneath Her Arm". Other reported ghosts include Henry VI, Lady Jane Grey, Margaret Pole, and the Princes in the Tower. In January 1816, a sentry on guard outside the Jewel House claimed to have witnessed an apparition of a bear advancing towards him, and reportedly died of fright a few days later. In October 1817, a tubular, glowing apparition was claimed to have been seen in the Jewel House by the Keeper of the Crown Jewels, Edmund Lenthal Swifte. He said that the apparition hovered over the shoulder of his wife, leading her to exclaim: "Oh, Christ! It has seized me!" Other nameless and formless terrors have been reported, more recently, by night staff at the Tower. 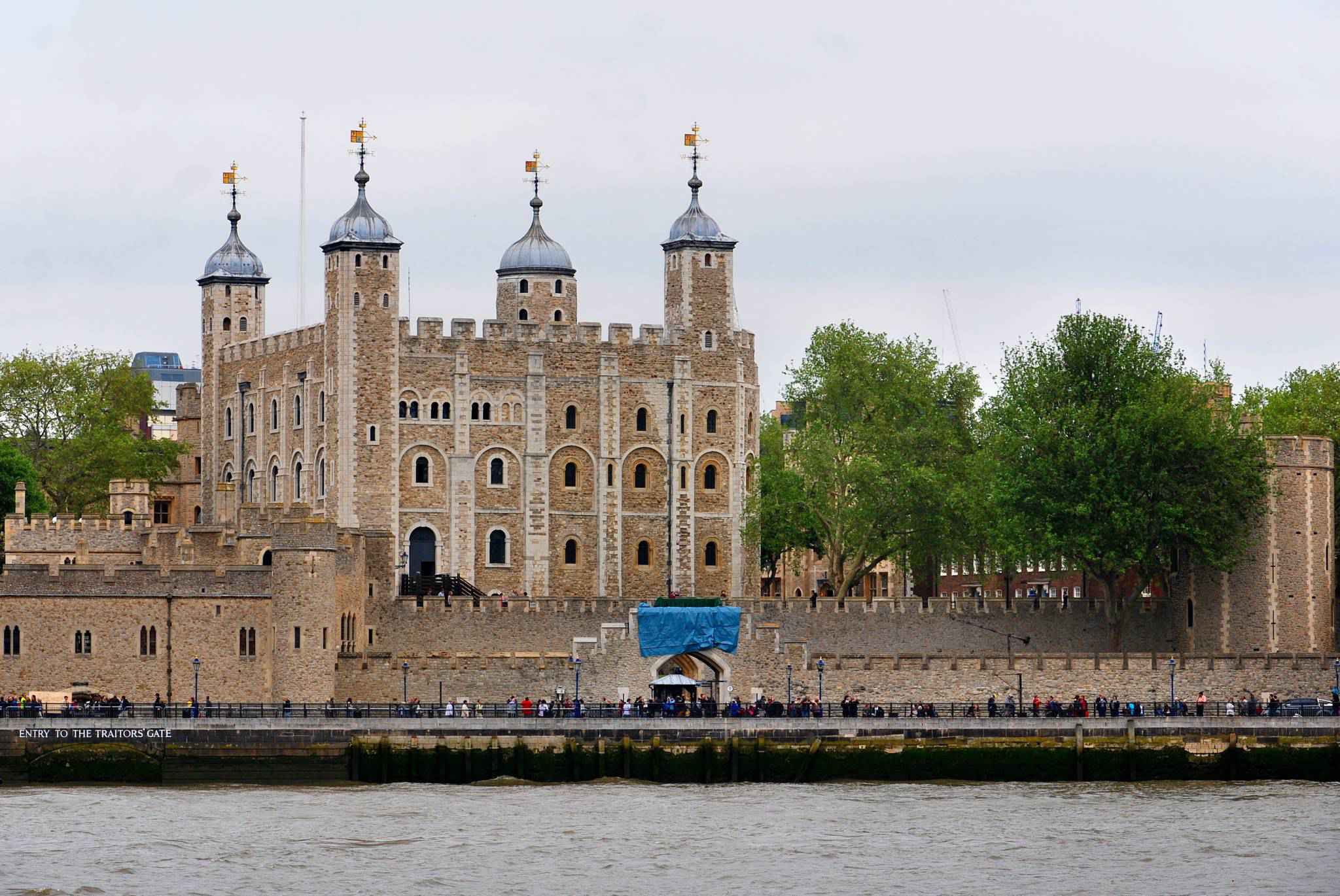