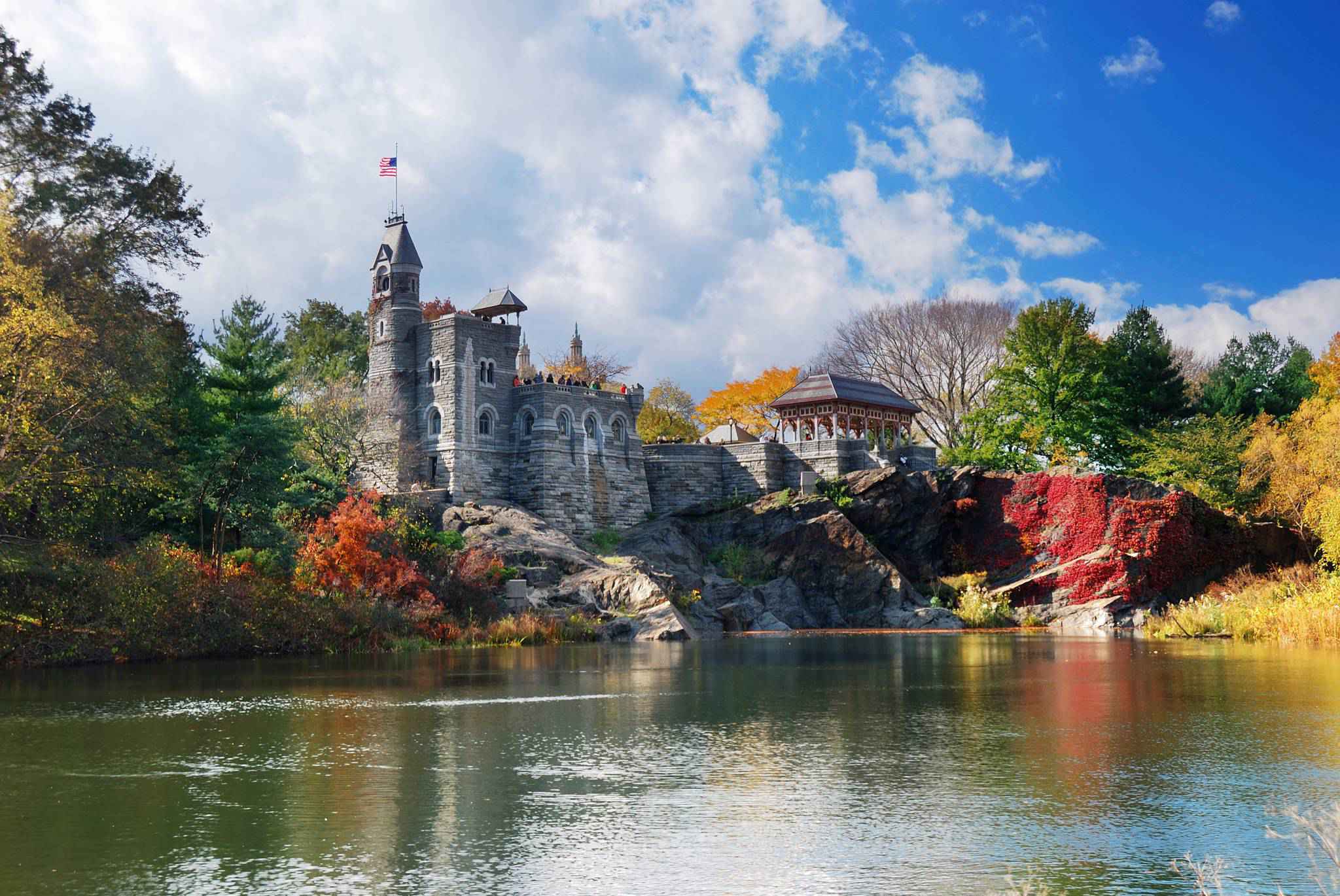 Belvedere Castle is a folly in Central Park in Manhattan, New York City. It contains exhibit rooms and an observation deck, and since 1919, the folly has also been the location of the official Central Park weather station.

Belvedere Castle was designed by Frederick Law Olmsted and Calvert Vaux in the late 1800s. An architectural hybrid of Gothic and Romanesque styles, Vaux's design called for a more weighty Manhattan schist and granite structure with a corner tower with conical cap, with the existing lookout over parapet walls between them. To reduce costs it was revised in November 1870, and completed under the new Tammany Hall regime as an open painted-wood pavilion.

Design
Belvedere Castle was originally built as a shell with open doorway and window openings. Starting in 1919, it housed the New York Meteorological Observatory, which had been taken over by the United States Weather Bureau in 1912. The current weather station in Central Park, an Automated Surface Observing System , is located immediately south of the castle, though wind equipment is still located on the main tower. The two fanciful wooden pavilions deteriorated without painting and upkeep and were removed before 1900.

The Observatory contains family-friendly displays that demonstrate the process by which naturalists observe their world and share their scientific discoveries about it. The displays, which include telescopes, microscopes, skeletons and feathers, are designed to expose children to fundamentals of the scientific method in natural observation. Other Observatory exhibits include a plywood tree with papier-mâché reproductions of birds often seen in Central Park, encouraging people to watch for these birds from the precipice of the castle, which has become one of New York's most popular birdwatching sites. Free family and community programs hosted at Belvedere Castle include "On A Wing" birding programs, stargazing, astronomy talks, storytimes with the Princess of Belvedere Castle, and the "Spooks at Belvedere" haunted castle event every Halloween.
The new castle faced a rectangular receiving reservoir; today, it overlooks the Great Lawn, an oval of turf with eight baseball diamonds, loosely defined by plantings of trees in clumps in the manner of the English landscape garden, and, at the foot of Vista Rock, the Turtle Pond, redesigned in 1997 as a naturalistic planting, in which no single vantage-point reveals the water's full extent. Sunken concrete shelving at varying depths provide ideal water depths for shoreline plants such as lizard's tail, bullrush, turtlehead, and blueflag iris. The success of habitat for birds, insects, amphibians, and reptiles is embodied in sightings of species of dragonfly not previously sighted in Central Park. 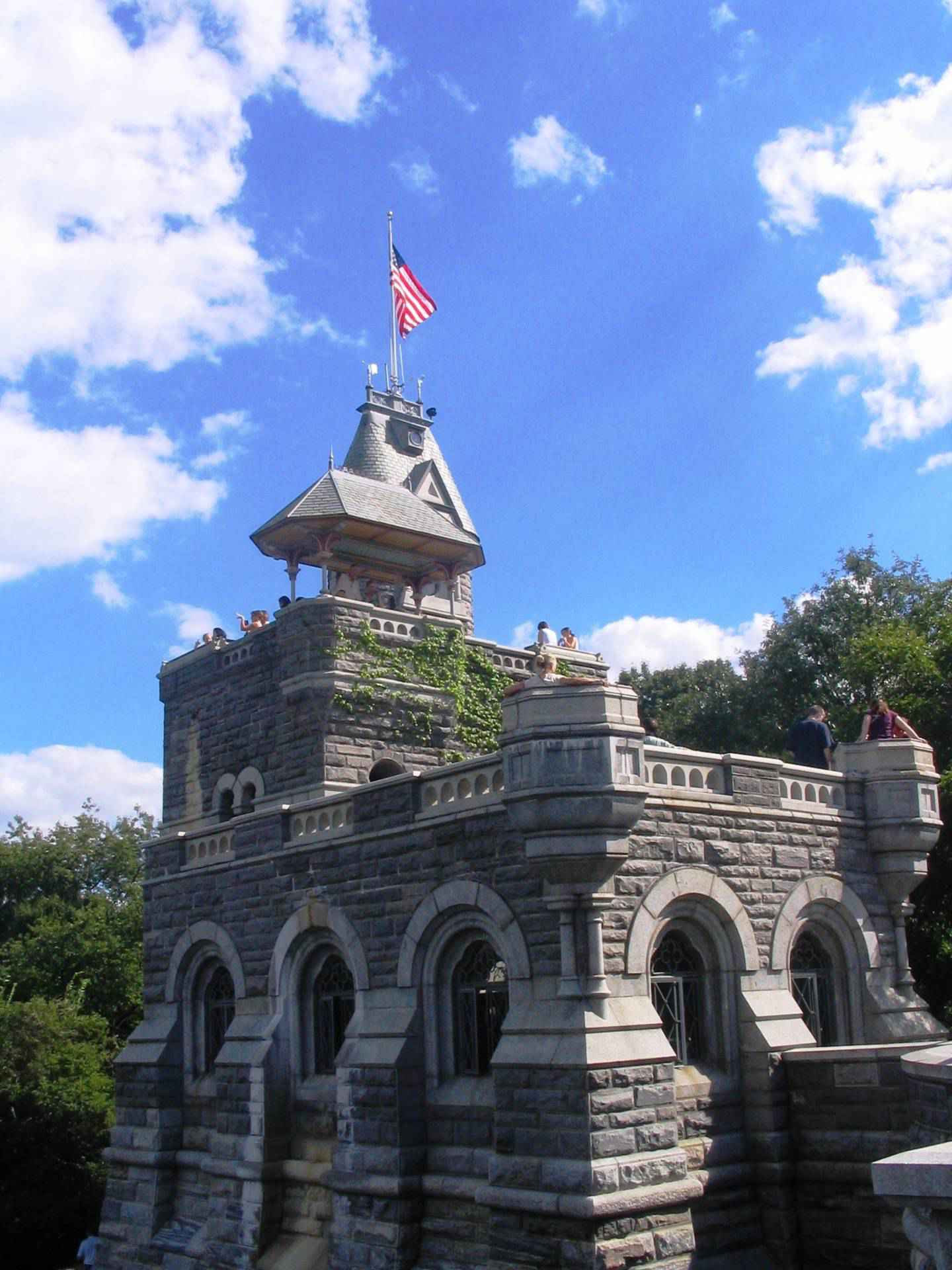