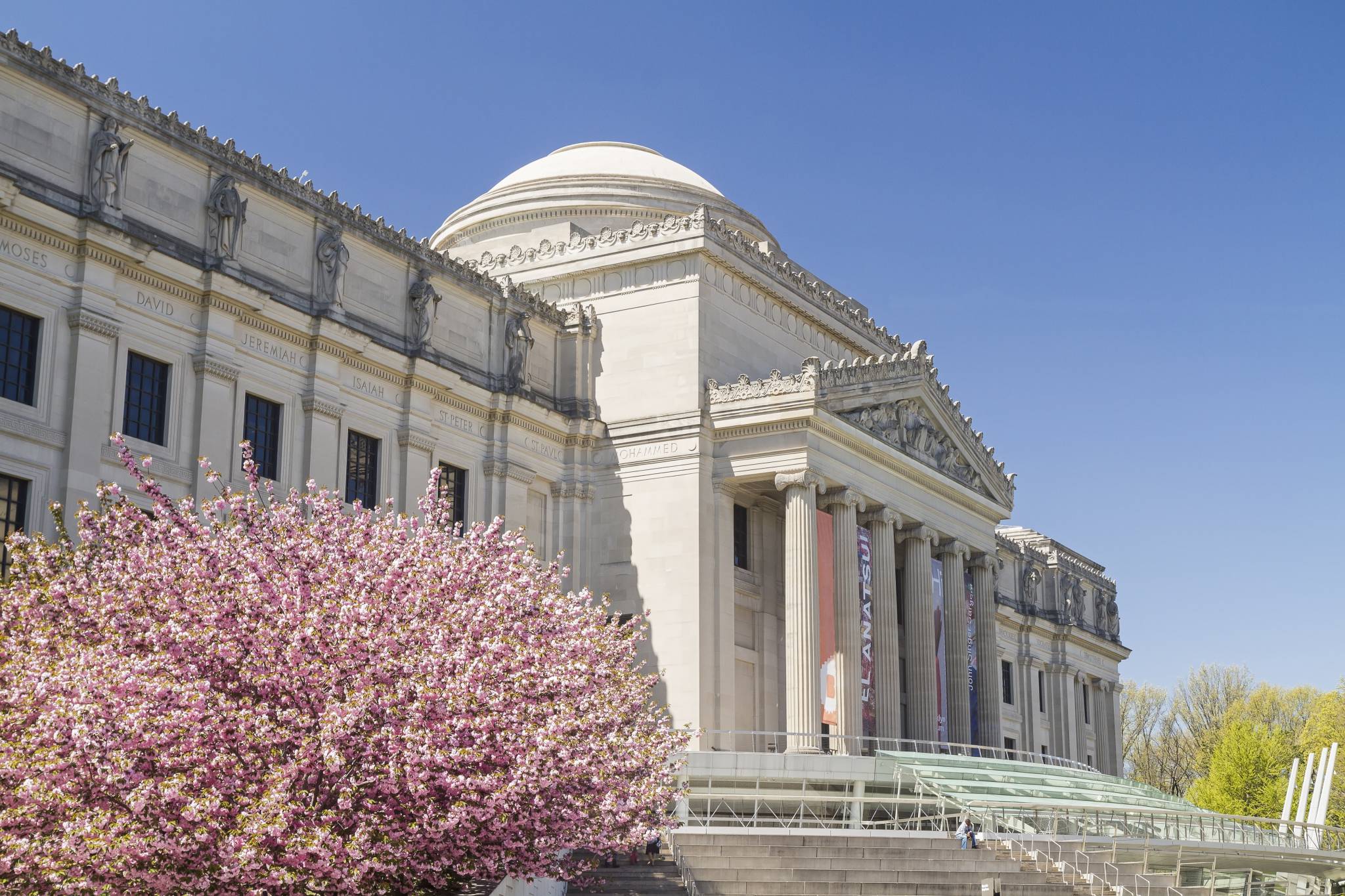 
The Brooklyn Museum is an art museum located in the New York City borough of Brooklyn. At 560,000 square feet (52,000 m2), the museum is New York City's third largest in physical size and holds an art collection with roughly 1.5 million works.

Located near the Prospect Heights, Crown Heights, Flatbush, and Park Slope neighborhoods of Brooklyn and founded in 1895, the Beaux-Arts building, designed by McKim, Mead and White, was planned to be the largest art museum in the world. The museum initially struggled to maintain its building and collection, only to be revitalized in the late 20th century, thanks to major renovations. Significant areas of the collection include antiquities, specifically their collection of Egyptian antiquities spanning over 3,000 years. European, African, Oceanic, and Japanese art make for notable antiquities collections as well. American art is heavily represented, starting at the Colonial period. Artists represented in the collection include Mark Rothko, Edward Hopper, Norman Rockwell, Winslow Homer, Edgar Degas, Georgia O'Keeffe, and Max Weber. The museum also has a "Memorial Sculpture Garden" which features salvaged architectural elements from throughout New York City.

The Brooklyn Museum exhibits collections that seek to embody the rich artistic heritage of world cultures. The museum is well known for its expansive collections of Egyptian and African art, in addition to 17th-, 18th-, 19th-, and 20th-century paintings, sculpture, and decorative arts throughout a wide range of schools.

Collections
Egyptian, Classical, and Ancient Near Eastern Art
The Brooklyn Museum has been building a collection of Egyptian artifacts since the beginning of the twentieth century, incorporating both collections purchased from others, such as that of American Egyptologist Charles Edwin Wilbour, whose heirs also donated his library to become the museum's Wilbour Library of Egyptology, and objects obtained during museum-sponsored archeological excavations. The Egyptian collection includes objects ranging from statuary, such as the well-known "Bird Lady" terra cotta figure, to papyrus documents (among others the Brooklyn Papyrus).

Arts of Africa
With more than 5,000 items in its collection, the Brooklyn Museum boasts one of the largest collections of African art in any American art museum. Although the title of the collection suggests that it includes art from all of the African continent, works from Africa are sub-categorized among a number of collections. Sub-Saharan art from West and Central Africa are collected under the banner of African Art, while North African and Egyptian art works are grouped with the Islamic and Egyptian art collections, respectively.

Arts of the Pacific Islands
The museum's collection of Pacific Islands art began in 1900 with the acquisition of 100 wooden figures and shadow puppets from New Guinea and the Dutch East Indies (now Indonesia); since that base, the collection has grown to encompass close to 5,000 works. Art in this collection is sourced to numerous Pacific and Indian Ocean islands including Hawaii and New Zealand, as well as less-populous islands such as Rapa Nui and Vanuatu. Many of the Marquesan items in the collection were acquired by the museum from famed Norwegian explorer Thor Heyerdahl. 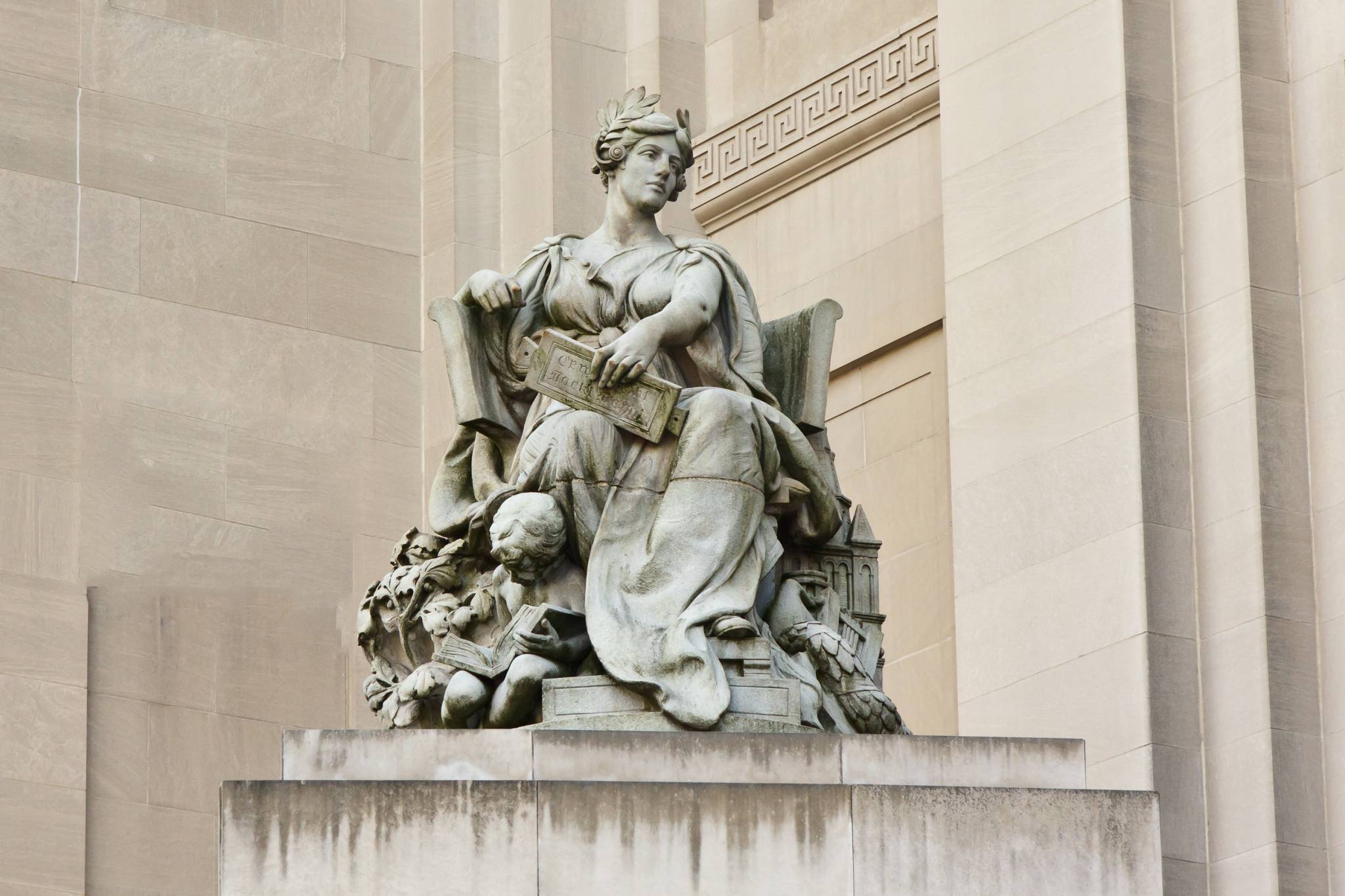