Brooklyn is the most populous of New York City's five boroughs, with a Census-estimated 2,636,735 residents. It is geographically adjacent to the borough of Queens at the southwestern end of Long Island. Since 1896, Brooklyn has had the same boundaries as Kings County, the most populous county in the U.S. state of New York, and the second-most densely populated county in the United States, after the county of New York (which is coextensive with the borough of Manhattan).

With a land area of 71 square miles (180 km2) and water area of 26 square miles (67 km2), Kings County is New York's fourth-smallest county by land area and third-smallest by total area, though it is the second-largest among the city's five boroughs. Today, if each of the five boroughs were a separate city, Brooklyn would rank as the third-most populous city in the U.S., behind Los Angeles and Chicago.

Brooklyn was an independent incorporated city (and previously an authorized village and town within the provisions of the New York State Constitution) until January 1, 1898 when, after a long political campaign and public relations battle during the 1890s, according to the new Municipal Charter of "Greater New York", Brooklyn was consolidated with the other cities, boroughs, and counties to form the modern "City of New York" surrounding the Upper New York Bay with five constituent boroughs. The borough continues, however, to maintain a distinct culture. Many Brooklyn neighborhoods are ethnic enclaves. Brooklyn's official motto, displayed on the Borough seal and flag, is Eendraght Maeckt Maght which translates from early modern Dutch as "Unity makes strength".

Coney Island developed as a playground for the rich in the early 1900s, but it grew as one of America's first amusement grounds and attracted crowds from all over New York. The Cyclone rollercoaster, built in 1927, is on the National Register of Historic Places. The 1920 Wonder Wheel and other rides are still operational. Coney Island went into decline in the 1970s, but has undergone a renaissance.

Floyd Bennett Field: the first municipal airport in New York City and long closed for operations, is now part of the National Park System. Many of the historic hangars and runways are still extant. Nature trails and diverse habitats are found within the park, including salt marsh and a restored area of shortgrass prairie that was once widespread on the Hempstead Plains.

Prospect Park is a public park in central Brooklyn encompassing 585 acres (2.37 km2). The park was designed by Frederick Law Olmsted and Calvert Vaux, who created Manhattan's Central Park. Attractions include the Long Meadow, a 90-acre (36 ha) meadow, the Picnic House, which houses offices and a hall that can accommodate parties with up to 175 guests; Litchfield Villa, Prospect Park Zoo, the Boathouse, housing a visitors center and the first urban Audubon Center; Brooklyn's only lake, covering 60 acres (24 ha); the Prospect Park Bandshell that hosts free outdoor concerts in the summertime; and various sports and fitness activities including seven baseball fields. Prospect Park hosts a popular annual Halloween Parade. 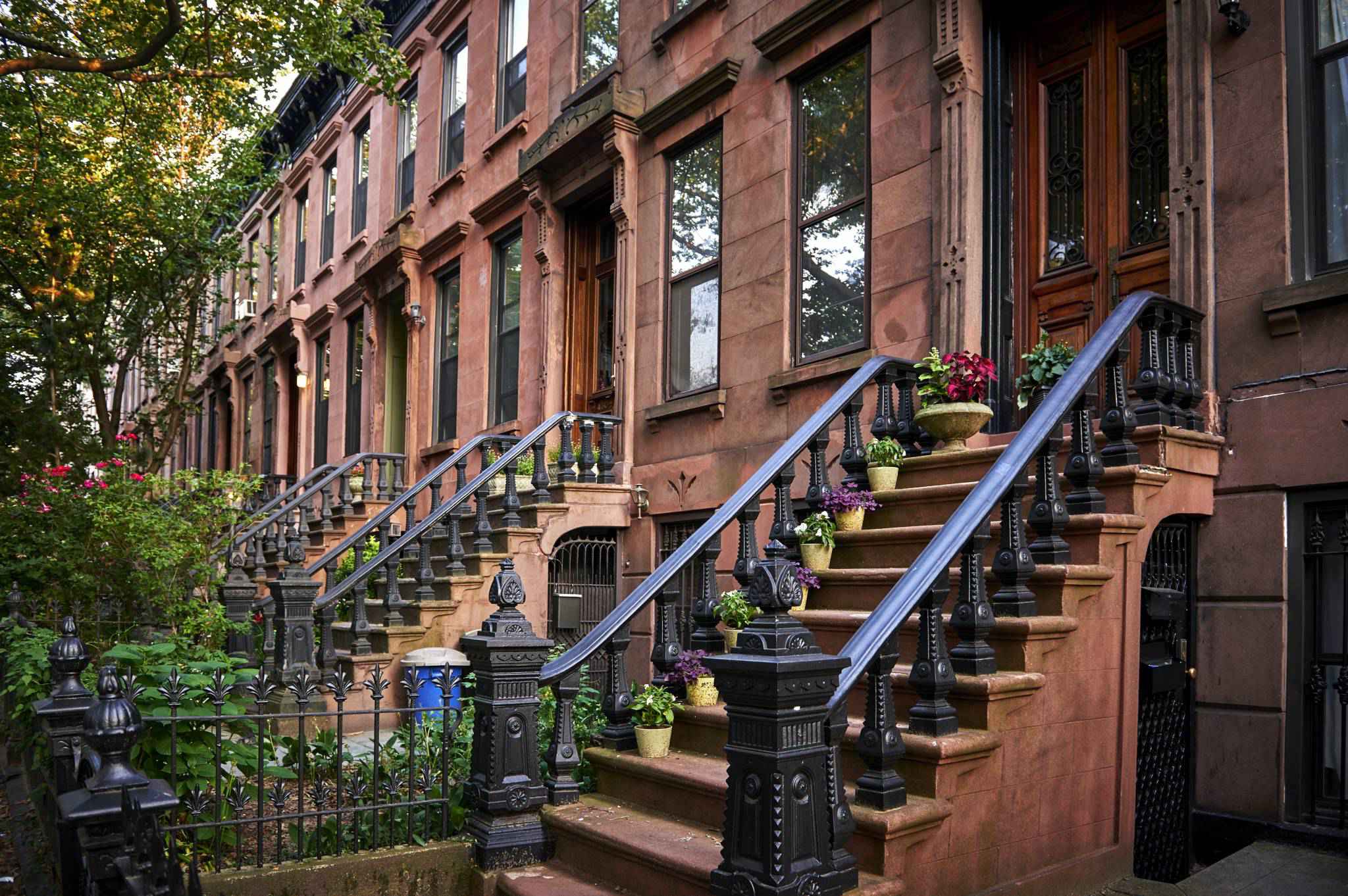