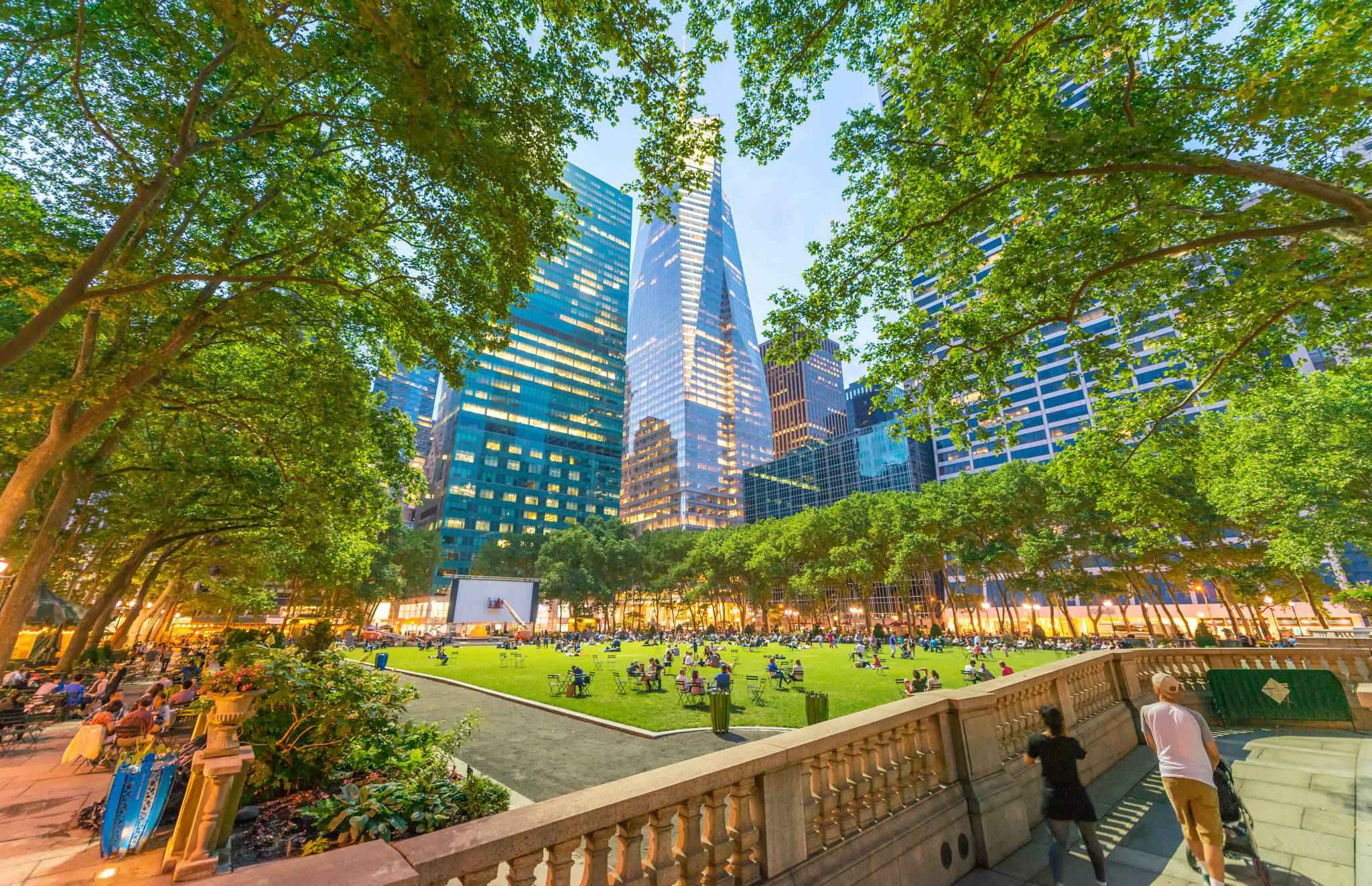 Bryant Park is a 9.603-acre privately managed public park located in the New York City borough of Manhattan. It is located between Fifth and Sixth Avenues and between 40th and 42nd Streets in Midtown Manhattan. Although technically the Main Branch of the New York Public Library is located within the park, effectively it forms the park's functional eastern boundary, making Sixth Avenue the park's primary entrance. Bryant Park is located entirely over an underground structure that houses the library's stacks, which were built in the 1980s when the park was closed to the public and excavated; the new library facilities were built below ground level while the park was restored above it.
Even though it is part of the New York City Department of Parks and Recreation, Bryant Park is managed by the private not-for-profit corporation Bryant Park Corporation. The park is cited as a model for the success of public-private partnerships.

Features
One of the park's most impressive features is a large lawn that is the longest expanse of grass in Manhattan south of Central Park. Besides serving as a "lunchroom" for midtown office workers and a place of respite for tired pedestrians, the lawn also serves as the seating area for some of the park's major events, such as the HBO Bryant Park Summer Film Festival, Broadway in Bryant Park, and Square Dance. The lawn's season runs from February until October, when it is closed to make way for Bank of America Winter Village, the park's winter iteration. During the lawn's season, it is open on most days, closing only for regular maintenance, to drain after a heavy rain, or to recover after high-impact events.

Reading Room
The original Reading Room began in August 1935, in response to Depression Era job losses. Started as an initiative by the New York Public Library, the Reading Room provided out-of-work men a place to interact and share ideas without having to pay money or show any identification. Books from the library and donations of magazines and trade publications from publishers made the open-air library a great success. The tradition of Reading Rooms came to a halt in 1944 due to the job boom resulting from World War II.
The Reading Room is now a literary destination that features readings and book sales by contemporary writers and poets plus book-related special events such as book clubs, writers workshops and storytelling for kids. 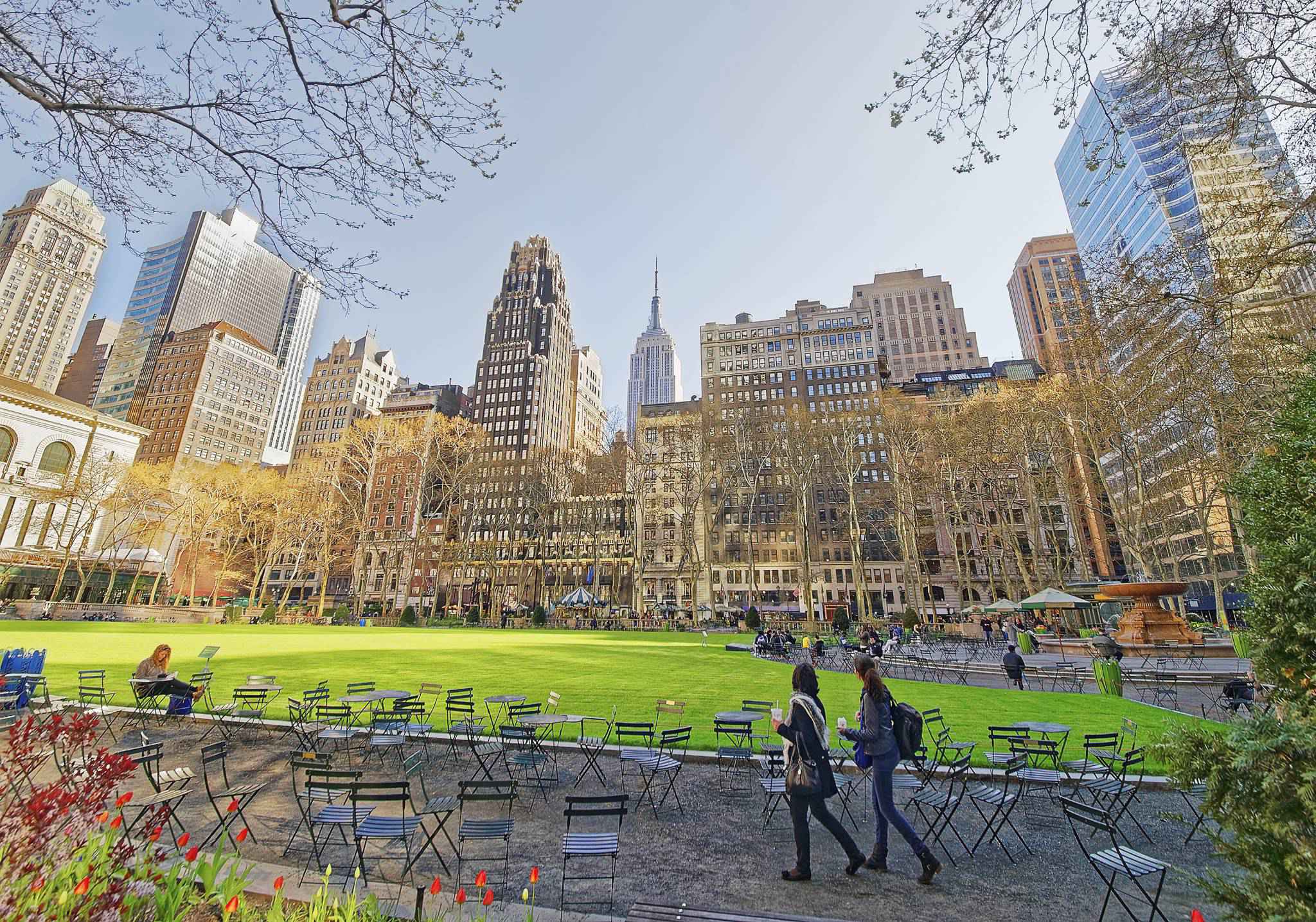