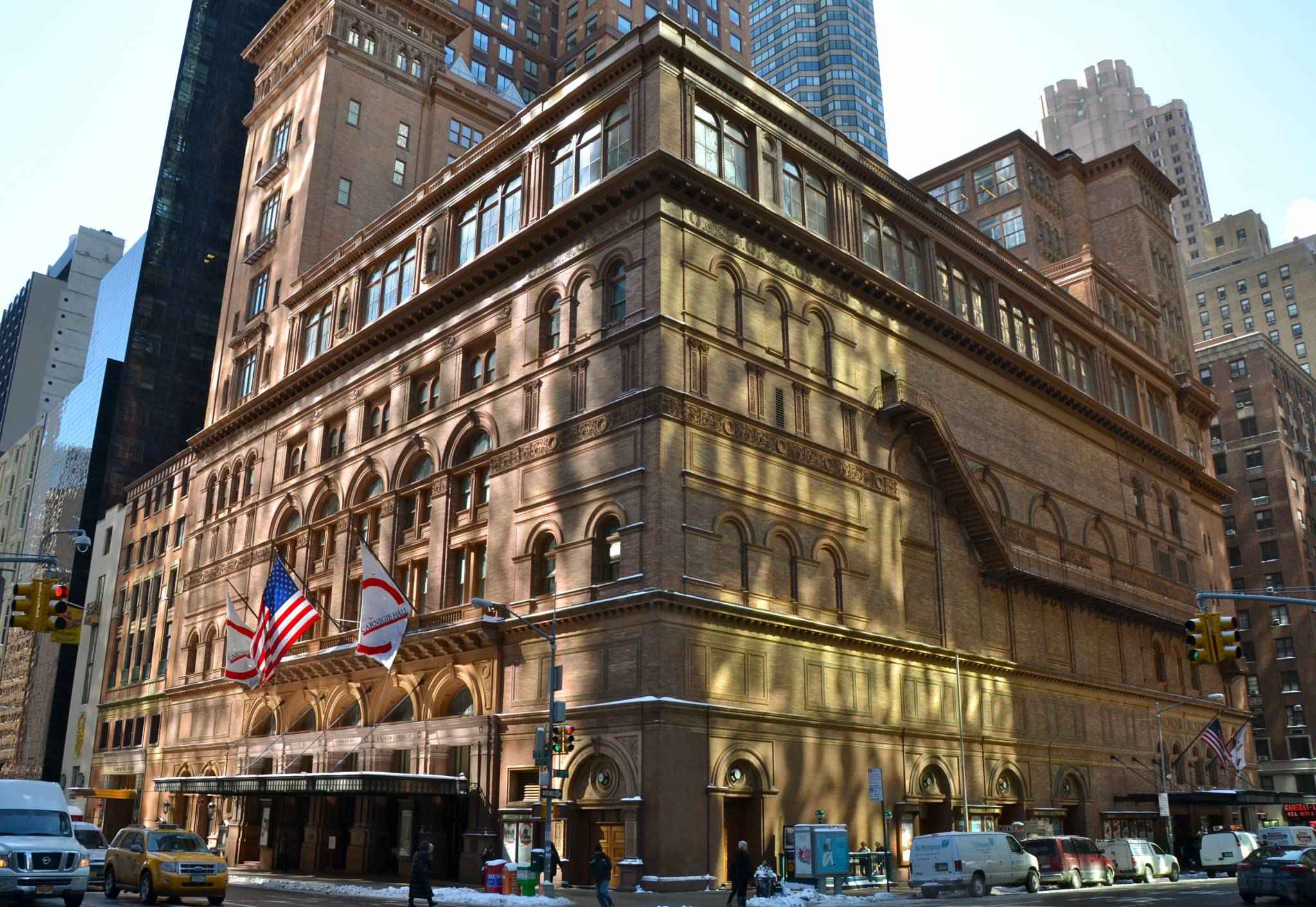 Designed by architect William Burnet Tuthill and built by philanthropist Andrew Carnegie in 1891, it is one of the most prestigious venues in the world for both classical music and popular music. Carnegie Hall has its own artistic programming, development, and marketing departments, and presents about 250 performances each season. It is also rented out to performing groups. The hall has not had a resident company since 1962, when the New York Philharmonic moved to Lincoln Center's Philharmonic Hall (renamed Avery Fisher Hall in 1973 and David Geffen Hall in 2015).

Carnegie Hall has 3,671 seats, divided among its three auditoriums.

Architecture
Carnegie Hall is one of the last large buildings in New York built entirely of masonry, without a steel frame; however, when several flights of studio spaces were added to the building near the turn of the 20th century, a steel framework was erected around segments of the building. The exterior is rendered in narrow Roman bricks of a mellow ochre hue, with details in terracotta and brownstone. The foyer avoids typical 19th century Baroque theatrical style with the Florentine Renaissance manner of Filippo Brunelleschi's Pazzi Chapel: white plaster and gray stone form a harmonious system of round-headed arched openings and Corinthian pilasters that support an unbroken cornice, with round-headed lunettes above it, under a vaulted ceiling. The famous white and gold auditorium interior is similarly restrained. 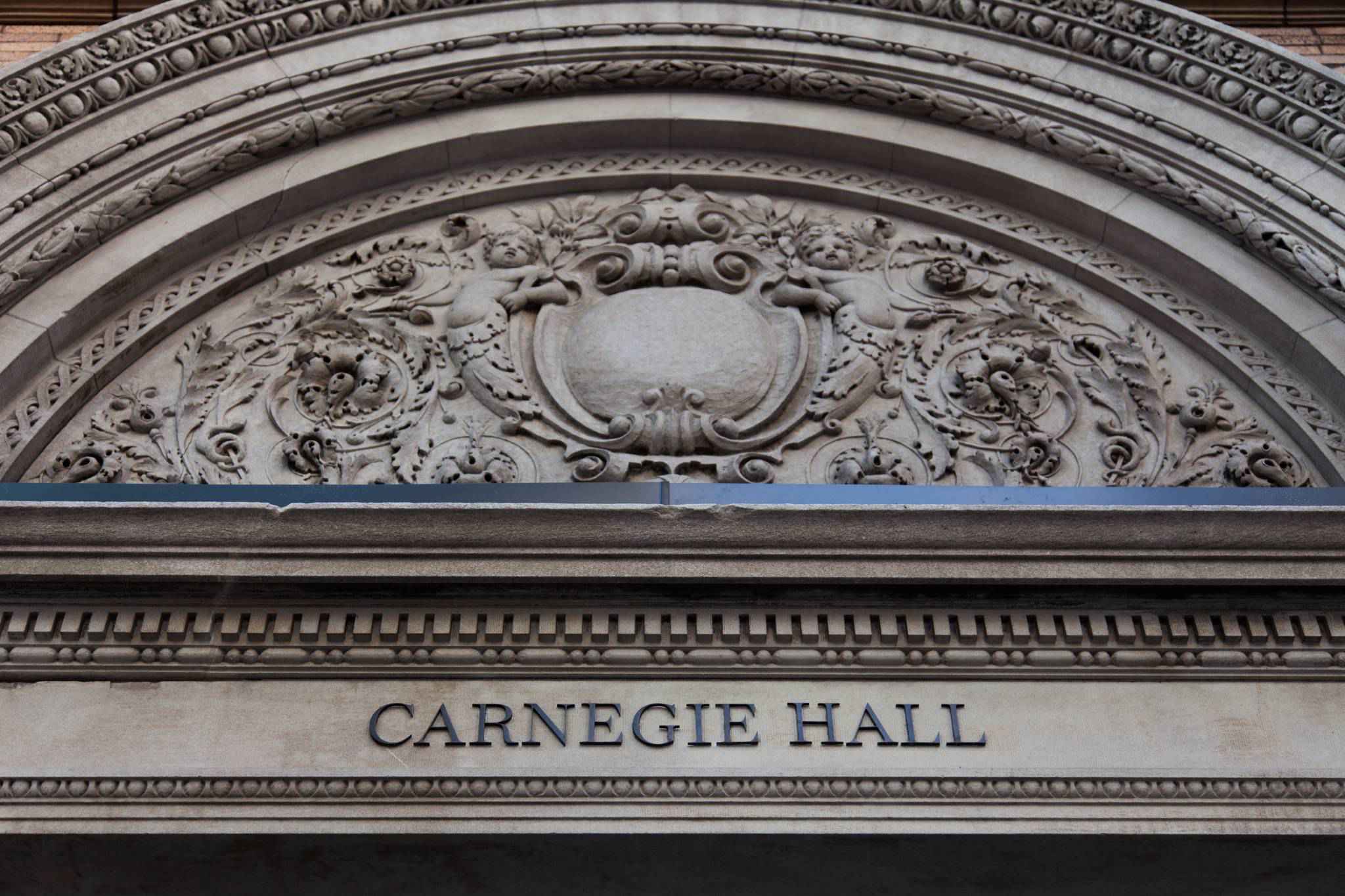