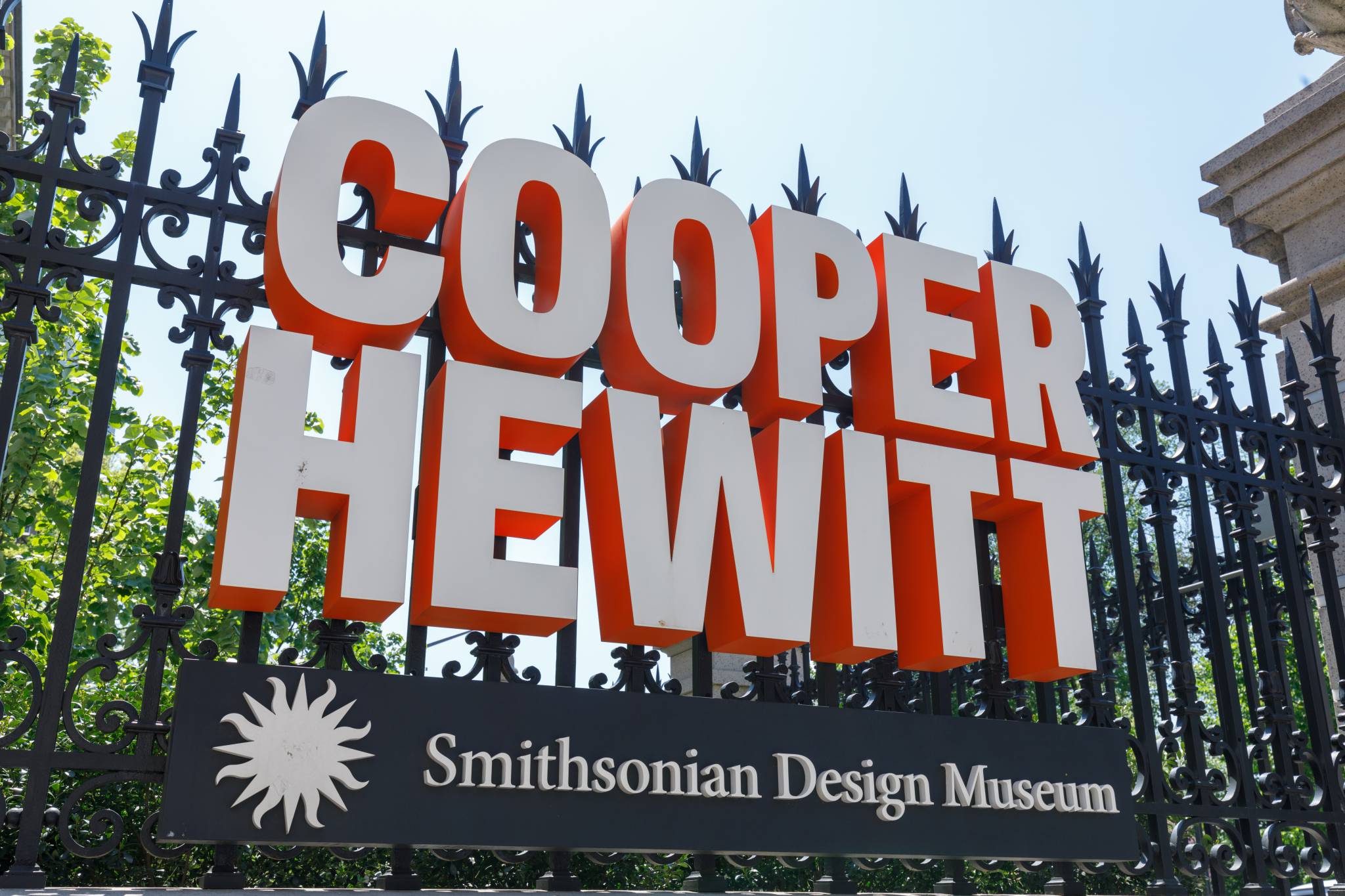 
Cooper Hewitt, Smithsonian Design Museum is a design museum located in the Upper East Side's Museum Mile in Manhattan, New York City. It is one of nineteen museums that fall under the wing of the Smithsonian Institution and is one of three Smithsonian facilities located in New York City, the other two being the George Gustav Heye Center in Bowling Green and the Archives of American Art New York Research Center in the Flatiron District. It is the only museum in the United States devoted to historical and contemporary design. Its collections and exhibitions explore approximately 240 years of design aesthetic and creativity.

The Cooper Hewitt is located in the Andrew Carnegie Mansion. The Georgian style mansion was built over the course of the years 1899 to 1902 and has sixty-four rooms. The home served as not only the home for Andrew Carnegie, his wife, and daughter, but also as his office for his philanthropic work after his retirement. The mansion was designed by Babb, Cook & Willard. It was the first private residence in the United States to have a structural steel frame. It was the first home in New York to have an Otis elevator. The elevator is now in the collection of the National Museum of American History. The home also had central heating and an early form of air-conditioning. The property also has a large private garden. In 1974 it was added to the National Register of Historic Places. The conservatory, which is made of Tiffany glass, was renovated in 1975. In 1995, the museum closed for a year for a $20 million renovation to connect the three buildings on the property, improve accessibility, and build a design study center. Funds for the 1995 renovation project included $13 million from the Smithsonian Institution and a $2 million donation by Agnes Bourne.

In 2008, the museum started to undergo renovations. The renovation costs $91 million and is the largest in the museum's history. The renovation was partially financed by the museum endowment. The museum reopened on December 12, 2014. Additional renovations were completed in 2015, including the property gardens. To celebrate the reopening of the museum, the Cooper Hewitt released a downloadable 3D scan of the building, allowing users to explore the mansion from their computer, reuse and remix it, and print a 3D printer version of the building. It was released under a Creative Commons Zero license.

The museum had a metalwork gallery, which showcased historic iron grillwork and a room devoted to ironwork, both which no longer are focus rooms. The museum has a wide variety of objects in its collection, ranging from matchbooks, to shopping bags, porcelain from the Soviet Union, and the papers of graphic designer Tibor Kalman.

The museum has held notable objects in its collection such as a chair used by Abraham Lincoln during a visit to the Cooper-Union and a Rolls-Royce once owned by the Beatles. The car was donated by John Lennon and Yoko Ono in 1978. In the summer of 1985, the car was auctioned off at Sotheby's for $2,090,000. Museum namesake Peter Cooper created the first steel chair in the United States. One of the chairs resides in the museum collection. 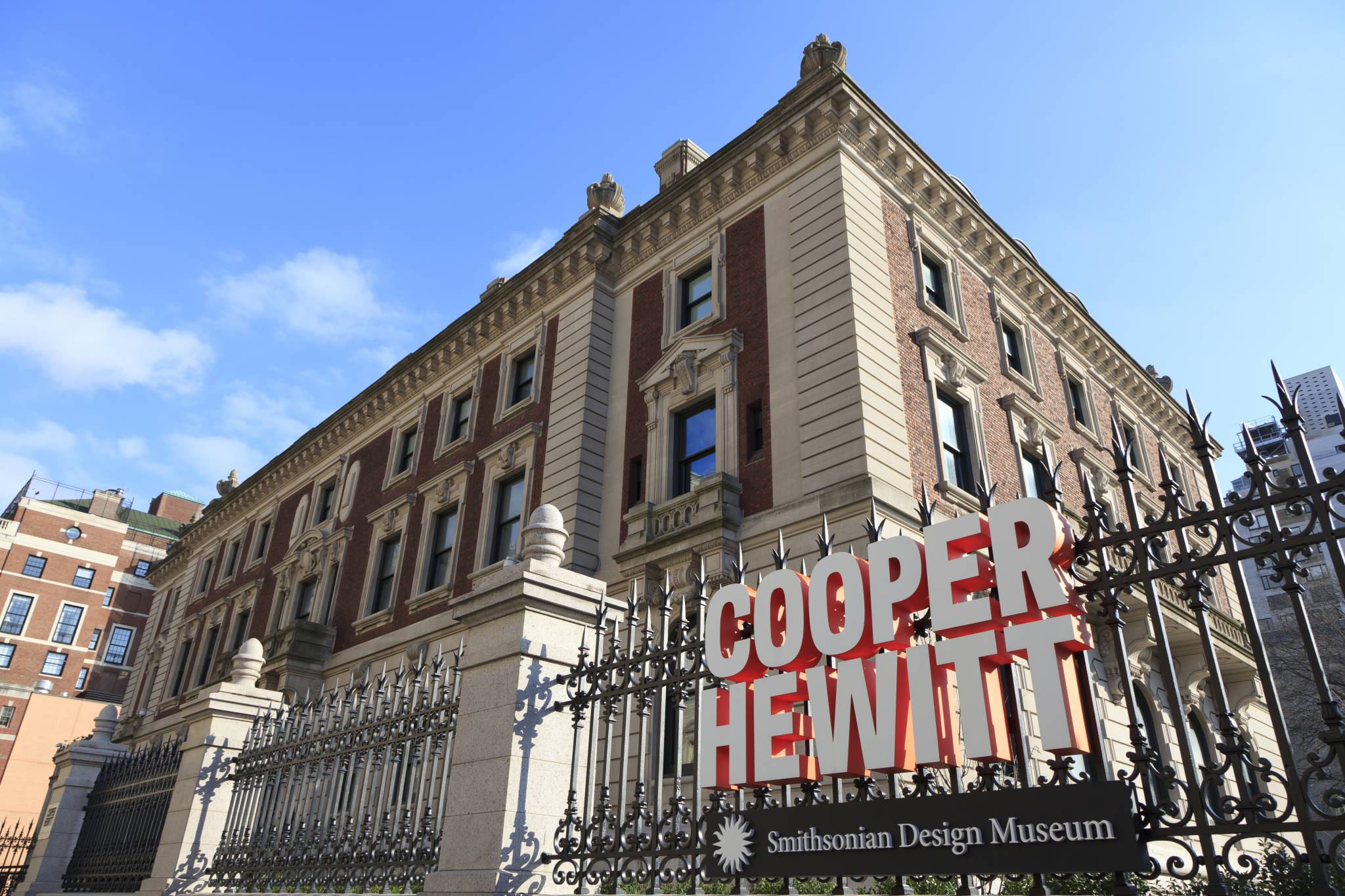