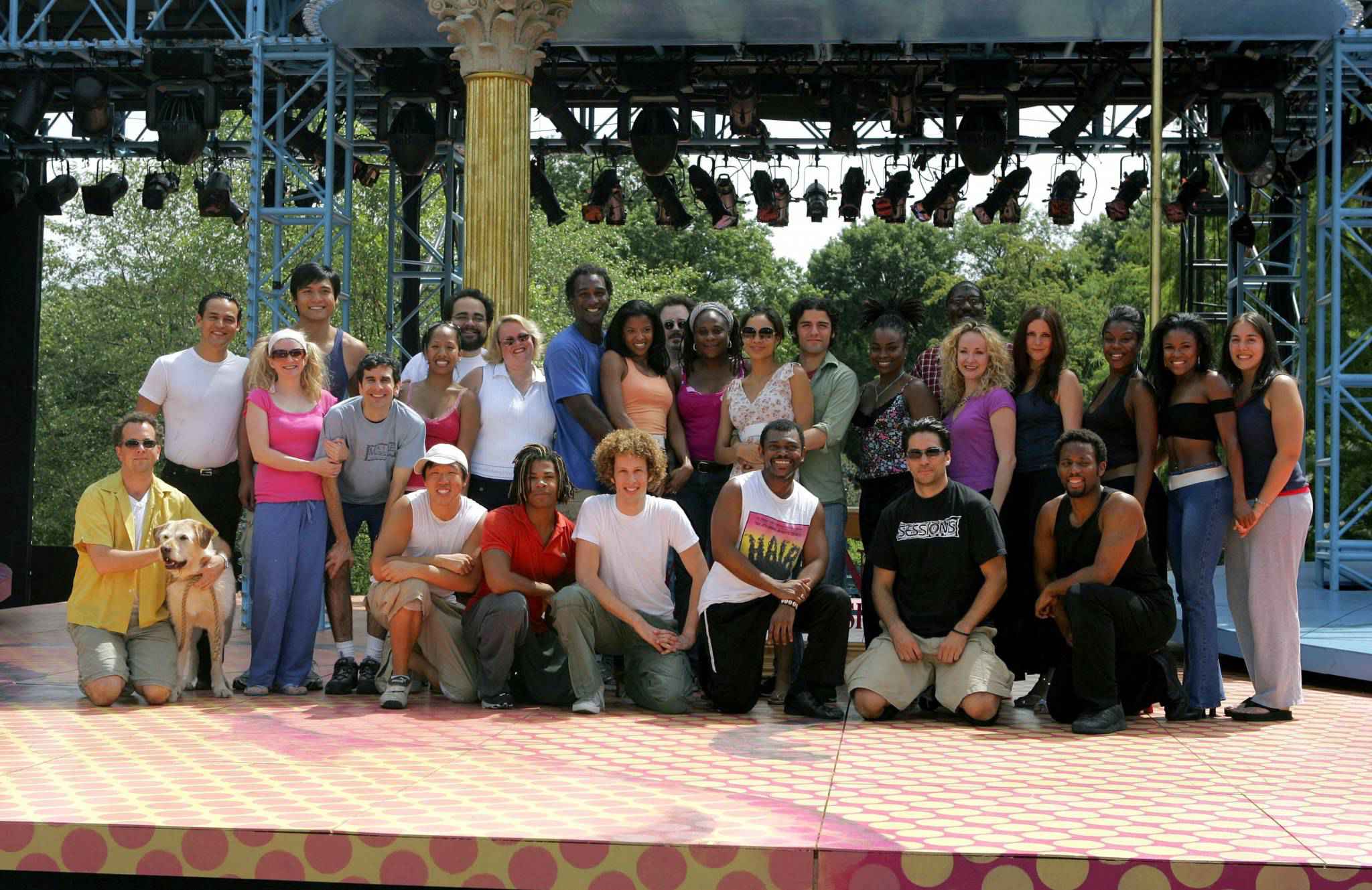 The Delacorte Theater is a 1,800-seat open-air theater located in Central Park, in the borough of Manhattan in New York City. It is home to the Public Theater's free Shakespeare in the Park productions.

Over five million people have attended more than 150 free productions of Shakespeare and other classical works and musicals at the Delacorte Theater since its opening in 1962.

Ticketing
Tickets to Shakespeare in the Park are free and can only be obtained the day of a performance. At 12 noon tickets are distributed, two per person, at the Delacorte to the line of people that usually springs up early in the morning when the park opens at 6AM. People have been known to camp out at the park entrance closest to the theater, 81st & Central Park West, to get tickets for that day's performance. Anyone 5 years old and older can obtain and are required to have a ticket should they wish to see the show. The 2013 Season features a new policy that one person can only obtain two tickets for two performances of one production.

In addition to the main line which snakes through the park the Public also offers a few other options to get tickets. One being the line for Seniors which begins at the benches closest to the theater's box office. The tickets provided to that line have easy access inside the theater and are only available to persons 65 and above. ID is required to obtain the tickets.

The ADA Accessible line is intended for patrons with disabilities and can by joined by checking in with staff at the box office the morning of a performance who will provide, as availability dictates, tickets in locations suited to various individual needs. In addition to the line Shakespeare in the Park also offers specific performances throughout the summer for patrons with hearing and/or vision loss including Sign Language interpreted performances, audio-described performances, and open-captioned performances.
In 2009 the Public introduced the Virtual Ticketing system which is an online drawing to win tickets to that days performance without waiting in line in person. On the day of a show, users can log on to shakespeareinthepark.org anytime between midnight and 11:59 a.m. to register for that evening’s performance. After 12:00 p.m. that same day, users will receive an e-mail stating that they have received tickets to the show. Tickets can be claimed at the Delacorte box office between 5:00 p.m. and 7:00 p.m. under the name and address used for registration. A valid photo ID is required for all pick-ups at the Box Office. Any tickets not claimed by 7:00 p.m. will be given away to the stand-by line. Within the Virtual Ticketing system Seniors can register for the Senior Virtual Ticketing as long as they are 65 or older and have valid photo ID with proof of age. And any patron requiring Accessible (ADA) seating can also make that clear when registering and specific tickets will be provided according to their specific needs.

In addition to the ticket line at the Delacorte Theater and Virtual Ticketing online, a limited number of vouchers for specific performances are distributed at locations throughout New York City's five boroughs on certain days during the run of a production. Each person in line is allowed two vouchers and each voucher is good for one ticket for that evening’s performance. Vouchers must be exchanged for tickets at the Delacorte Theater box office that same day from 4:30 p.m. to 7:30 p.m. 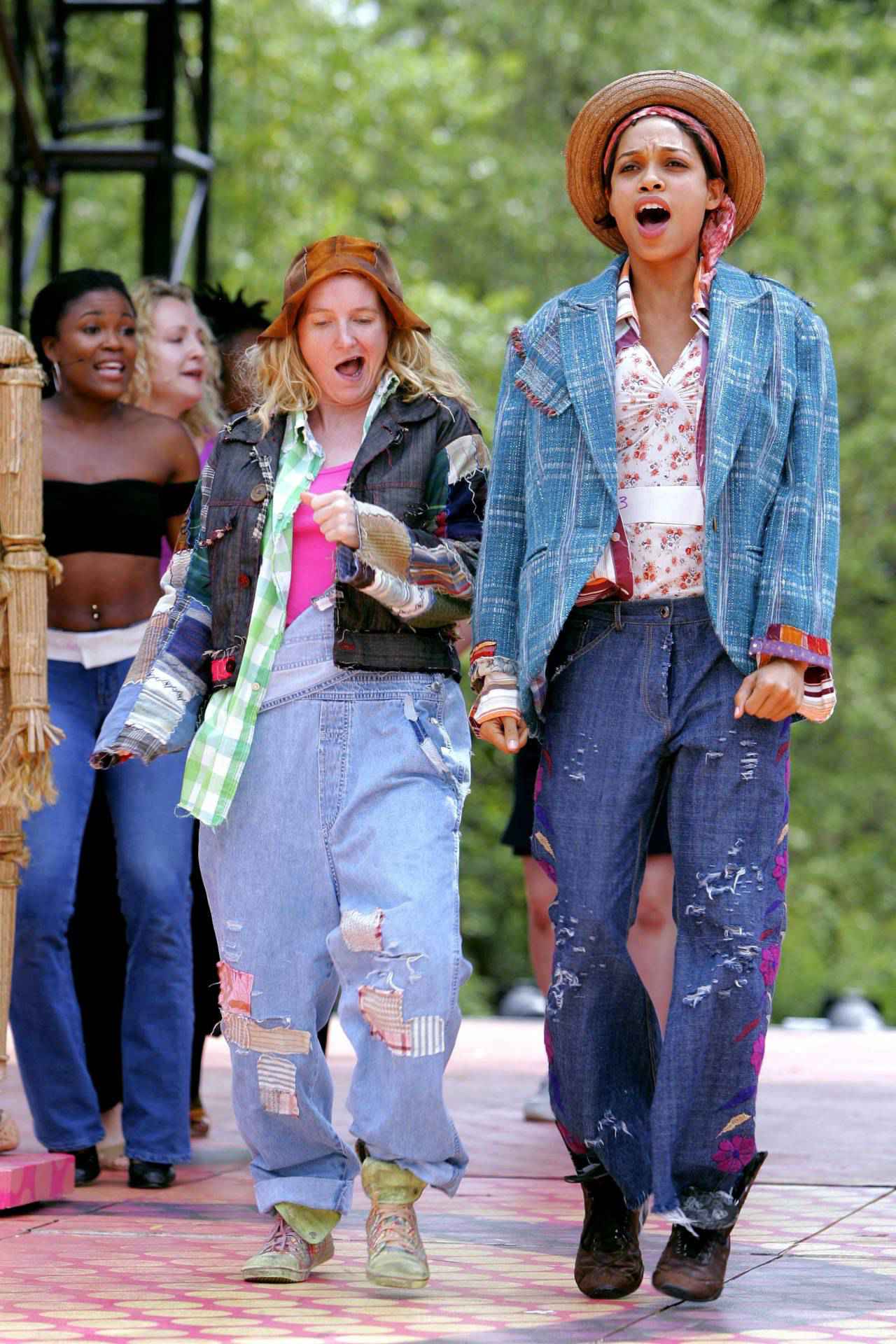