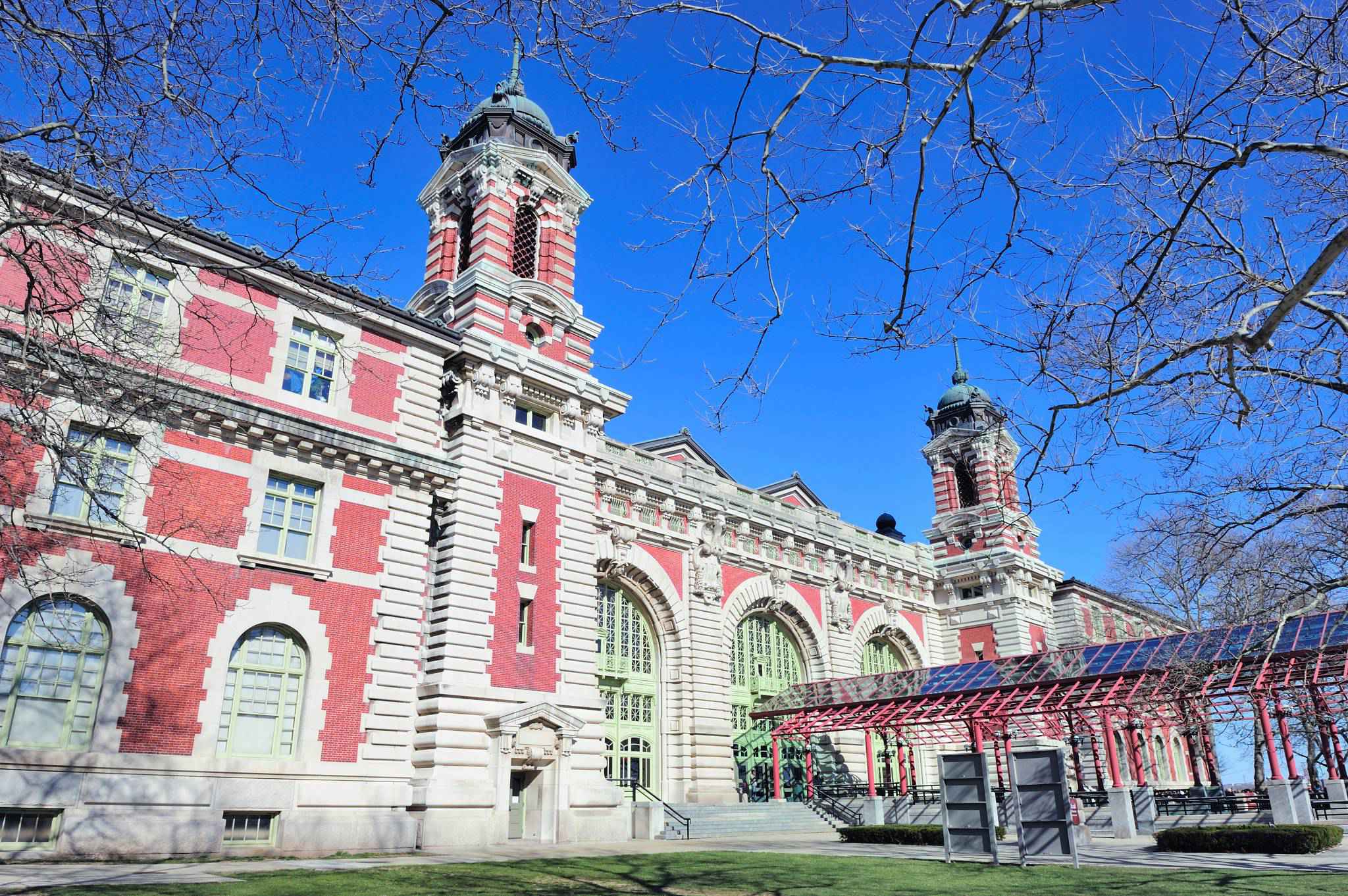 Ellis Island, in Upper New York Bay, was the gateway for over 12 million immigrants to the United States as the nation's busiest immigrant inspection station for over sixty years from 1892 until 1954. The island was greatly expanded with land reclamation between 1892 and 1934. Before that, the much smaller original island was the site of Fort Gibson and later a naval magazine. The island was made part of the Statue of Liberty National Monument in 1965, and has hosted a museum of immigration since 1990. Long considered part of New York state, a 1998 United States Supreme Court decision found that most of the island is in New Jersey. The south side of the island, home to the Ellis Island Immigrant Hospital, is closed to the general public and the object of restoration efforts spearheaded by Save Ellis Island.

Ellis Island is located in Upper New York Bay, east of Liberty State Park and north of Liberty Island, in Jersey City, New Jersey, with a small section that is part of New York City. Largely created through land reclamation, the island has a land area of 27.5 acres , most of which is part of New Jersey. The 2.74-acre (1.11 ha) natural island and contiguous areas comprise the 3.3 acres (1.3 ha) that are part of New York.

Immigration museum
The wooden structure built in 1892 to house the immigration station burned down after five years. The station's new Main Building, which now houses the Immigration Museum, was opened in 1900. Architects Edward Lippincott Tilton and William Alciphron Boring received a gold medal at the 1900 Paris Exposition for the building's design and constructed the building at a cost of $1.5 million. The architecture competition was the second under the Tarsney Act, which had permitted private architects rather than government architects in the Treasury Department's Office of the Supervising Architect to design federal buildings.

After the immigration station closed in November 1954, the buildings fell into disrepair and were abandoned. Attempts at redeveloping the site were unsuccessful until its landmark status was established. On October 15, 1965, Ellis Island was proclaimed a part of Statue of Liberty National Monument. It was listed on the National Register of Historic Places on October 15, 1966.

Boston-based architecture firm Finegold Alexander + Associates Inc, together with the New York architectural firm Beyer Blinder Belle, designed the restoration and adaptive use of the Beaux-Arts Main Building, one of the most symbolically important structures in American history. A construction budget of $150 million was required for this significant restoration. This money was raised by a campaign organized by the political fundraiser Wyatt A. Stewart. The building reopened on September 10, 1990. Exhibits include Hearing Room, Peak Immigration Years, the Peopling of America, Restoring a Landmark, Silent Voices, Treasures from Home, and Ellis Island Chronicles. There are also three theaters used for film and live performances. 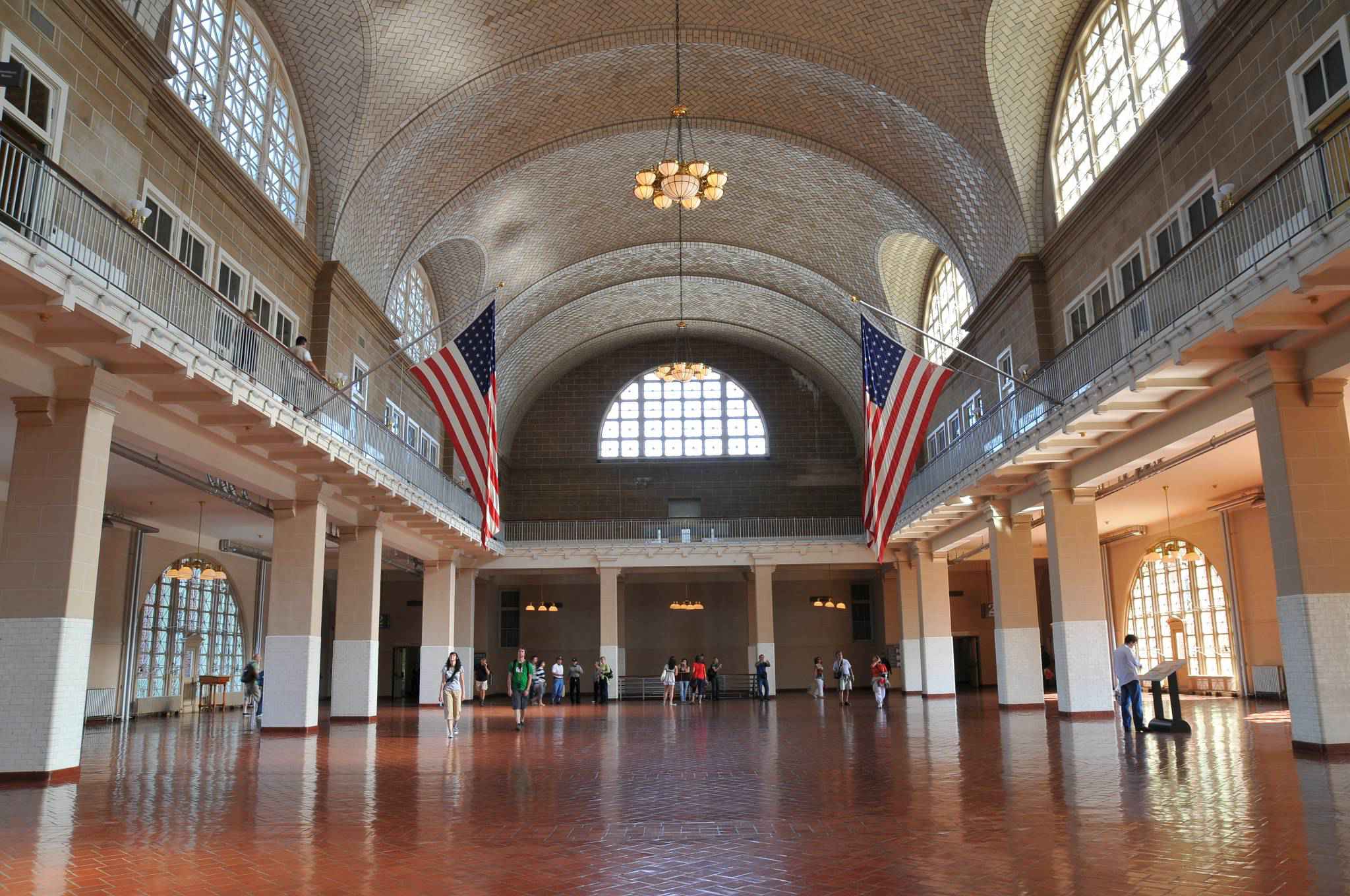