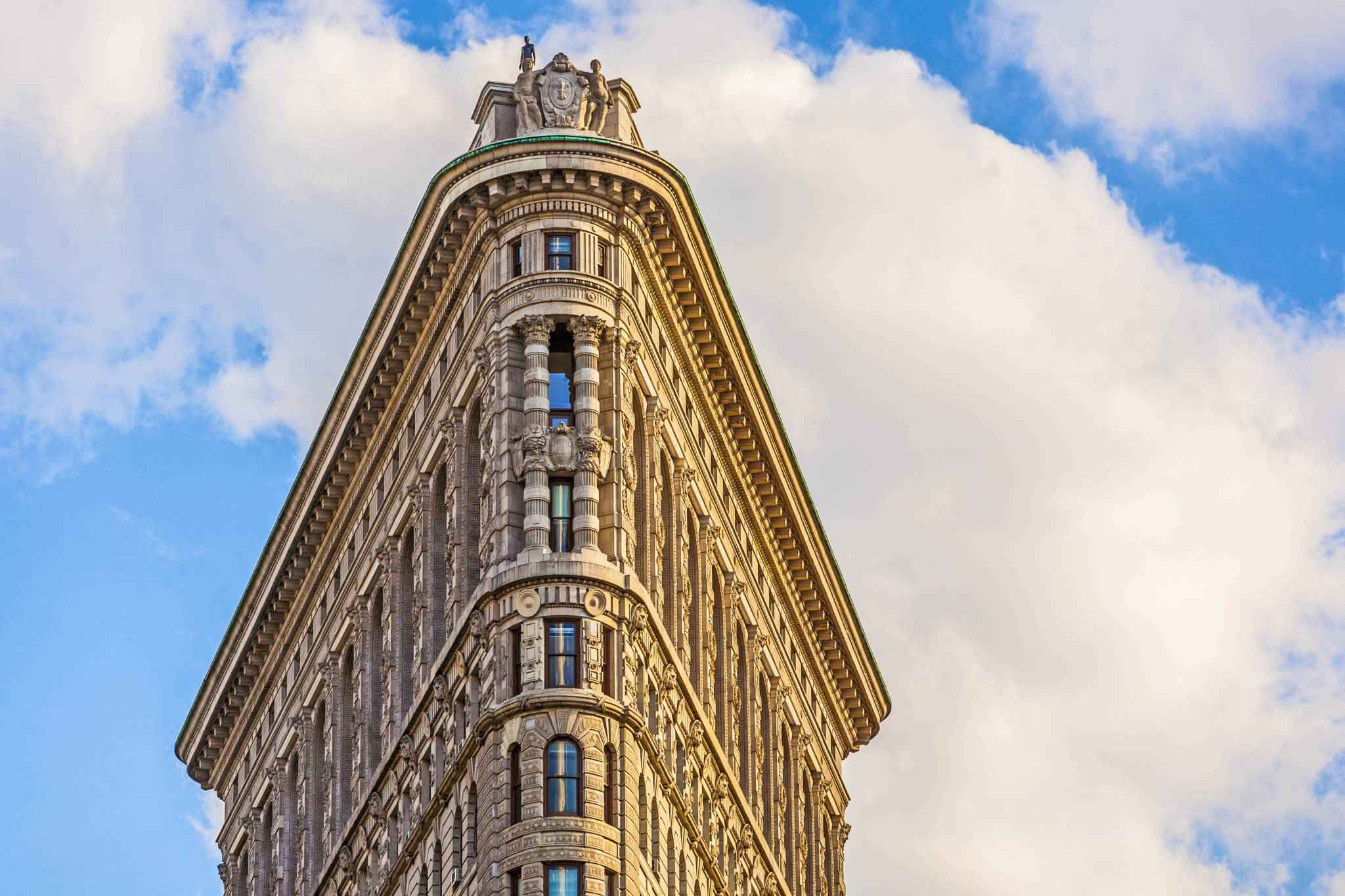 The Flatiron Building, originally the Fuller Building, is a triangular 22-story steel-framed landmarked building located at 175 Fifth Avenue in the borough of Manhattan, New York City, and is considered to be a groundbreaking skyscraper. Upon completion in 1902, it was one of the tallest buildings in the city at 20 floors high and one of only two skyscrapers north of 14th Street – the other being the Metropolitan Life Insurance Company Tower, one block east. The building sits on a triangular block formed by Fifth Avenue, Broadway, and East 22nd Street, with 23rd Street grazing the triangle's northern peak. As with numerous other wedge-shaped buildings, the name "Flatiron" derives from its resemblance to a cast-iron clothes iron.

The building, which has been called "one of the world's most iconic skyscrapers and a quintessential symbol of New York City", anchors the south (downtown) end of Madison Square and the north (uptown) end of the Ladies' Mile Historic District. The neighborhood around it is called the Flatiron District after its signature building, which has become an icon of New York City.

As an icon of New York City, the Flatiron Building is a popular spot for tourist photographs, making it "possibly one of the most photographed buildings in the world", but it is also a functioning office building which is currently the headquarters of publishing companies held by Verlagsgruppe Georg von Holtzbrinck of Stuttgart, Germany, under the umbrella name of Macmillan, including St. Martin's Press, Tor/Forge, Picador and Henry Holt and Company. Macmillan is renovating some floors, and their website comments that:
The Flatiron's interior is known for having its strangely-shaped offices with walls that cut through at an angle on their way to the skyscraper's famous point. These "point" offices are the most coveted and feature amazing northern views that look directly upon another famous Manhattan landmark, the Empire State Building.

There are oddities about the building's interior: the bathrooms are divided, with the men's rooms on even floors and the women's rooms on odd ones; to reach the top floor, the 21st, which was added in 1905, three years after the building was completed, a second elevator has to be taken from the 20th floor; on that floor, the bottoms of the windows are chest-high. 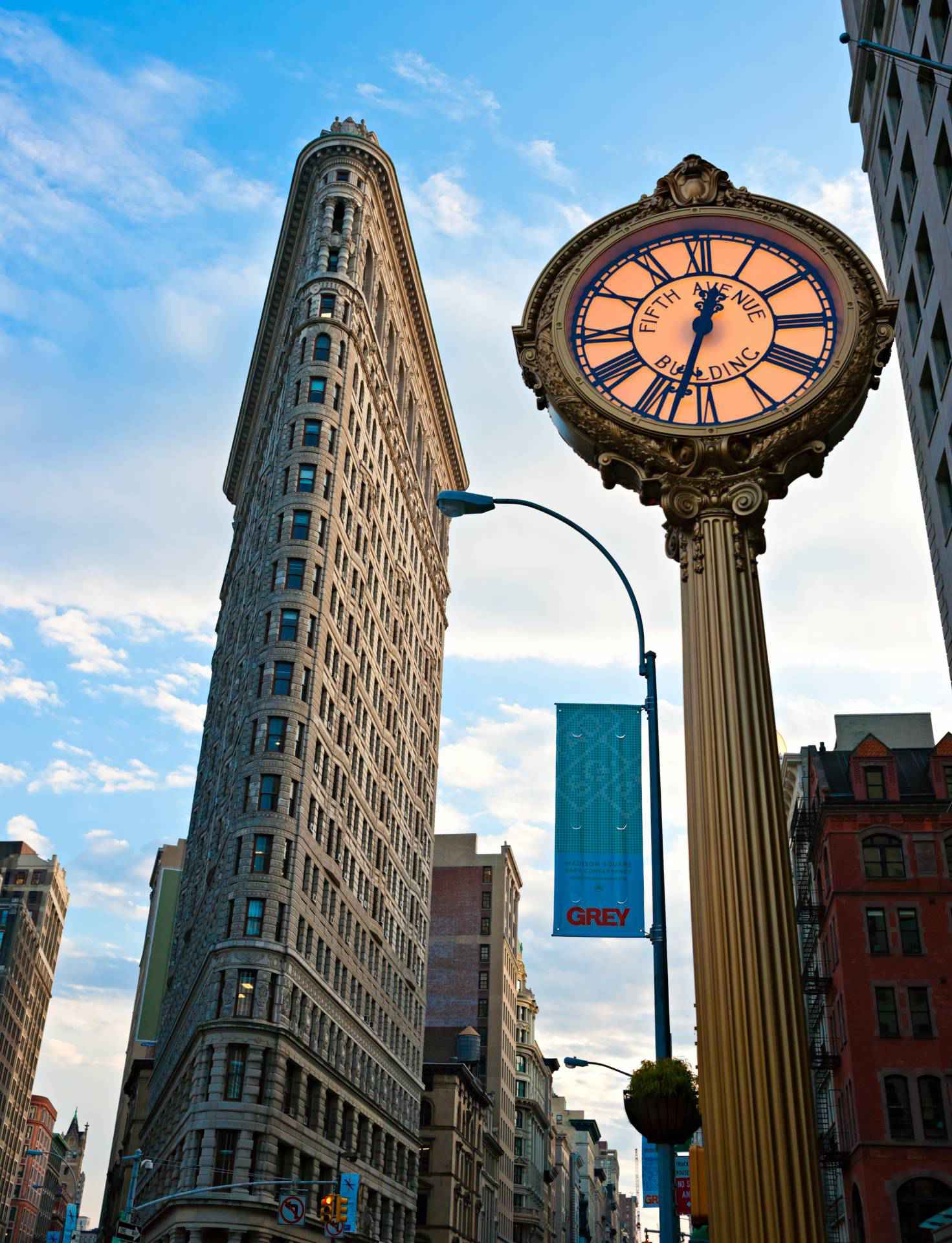