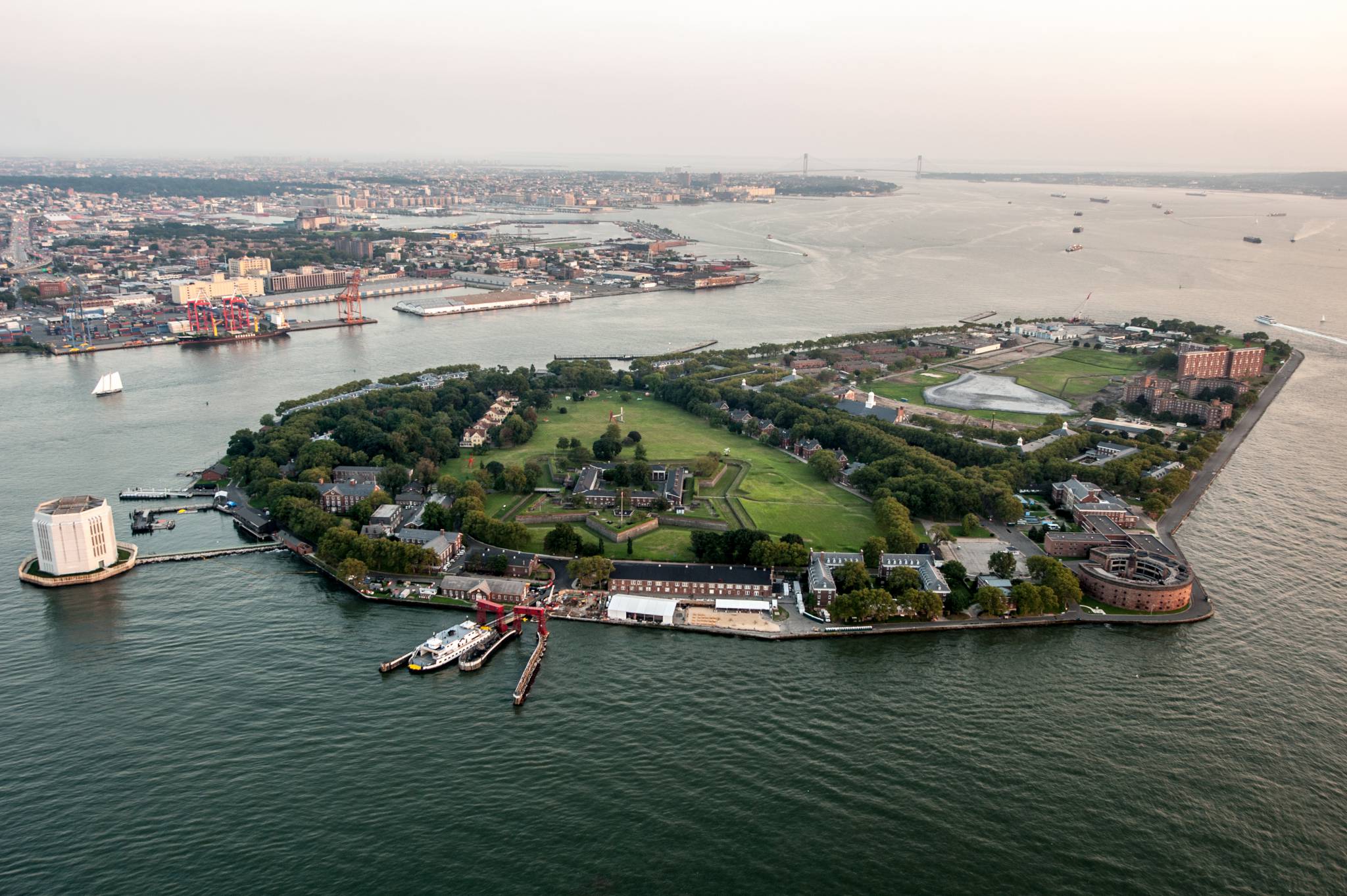 
Governors Island is a 172-acre (70 ha) island in New York Harbor, approximately 800 yards (732 m) from the southern tip of Manhattan Island and separated from Brooklyn by Buttermilk Channel, approximately 400 yards (366 m). It is part of the borough of Manhattan in New York City. The National Park Service administers a small portion of the north of the island as the Governors Island National Monument, while the Trust for Governors Island operates the remaining 150 acres, including 52 historic buildings. Today, Governors Island is a popular seasonal destination open to the public between May and September with a 43-acre public park completed between 2012 and 2016, free arts and cultural events, and recreational activities. The island is accessed by ferries from Brooklyn and Manhattan.

The Lenape of the Manhattan region referred to the island as Paggank ("nut island"), likely after the island's plentiful hickory, oak, and chestnut trees; the Dutch explorer Adriaen Block called it Noten Eylant, a translation, and this was borrowed into English as Nutten Island. The island's current name, made official in 1784, stems from the British colonial era, when the colonial assembly reserved the island for the exclusive use of New York's royal governors.

Public access
From its transfer in the years 2003 to 2015, Governors Island was open to the public on weekends during the summer. Now the island can be visited seven days a week from May 1 through October 31.

In June 2011, NY Waterway started service to points along the East River.[45] On May 1, 2017, that route became part of the NYC Ferry's East River route, which runs between Pier 11/Wall Street in Manhattan's Financial District and the East 34th Street Ferry Landing in Murray Hill, Manhattan, with five intermediate stops in Brooklyn and Queens. During summer weekends, Governors Island is an intermediate stop on the route between Pier 11 and Fulton Ferry.[48]

Access from Manhattan is from the Battery Maritime Building in the Financial District. The 1908 cast-iron structure, located next to the Staten Island Ferry terminal, was restored between 2001-2006. Service is half-hourly. The departure and arrival dock on Governors Island is the Soissons Dock at the north tip of the island. The ride is about 7 minutes in duration. This ferry is only accessible during the late spring and the summer.

Activities on the island include free National Park Service walking tours, bike riding, picnicking, art installations, fairs, drone races, festivals, and concerts. Bicycle, tandem, and quadcycle rental is provided on the island by Bike and Roll at hourly and daily rates. New York Water Taxi operates an artificial beach on the northern tip of the island.[52] The island is roughly divided in half by a street called Division Road. The northeastern half is currently open to the public. The southwestern half, which contains the abandoned U.S. Coast Guard housing and service areas, is still in redevelopment and some sections remain closed to the public. However, three sections of the park are open: the southern end Picnic Point, the central Hammock Grove, and The Hills on the southwestern corner. The island's circumferential drive along the waterfront is also open to the public. Demolition of the U.S. Coast Guard housing began in 2008. It is on the grounds of the former Liberty Village housing area that was used by Coast Guard families between 1988 and 1996. There are still Coast Guard buildings and barracks, not of historical significance, in areas yet to be redeveloped. 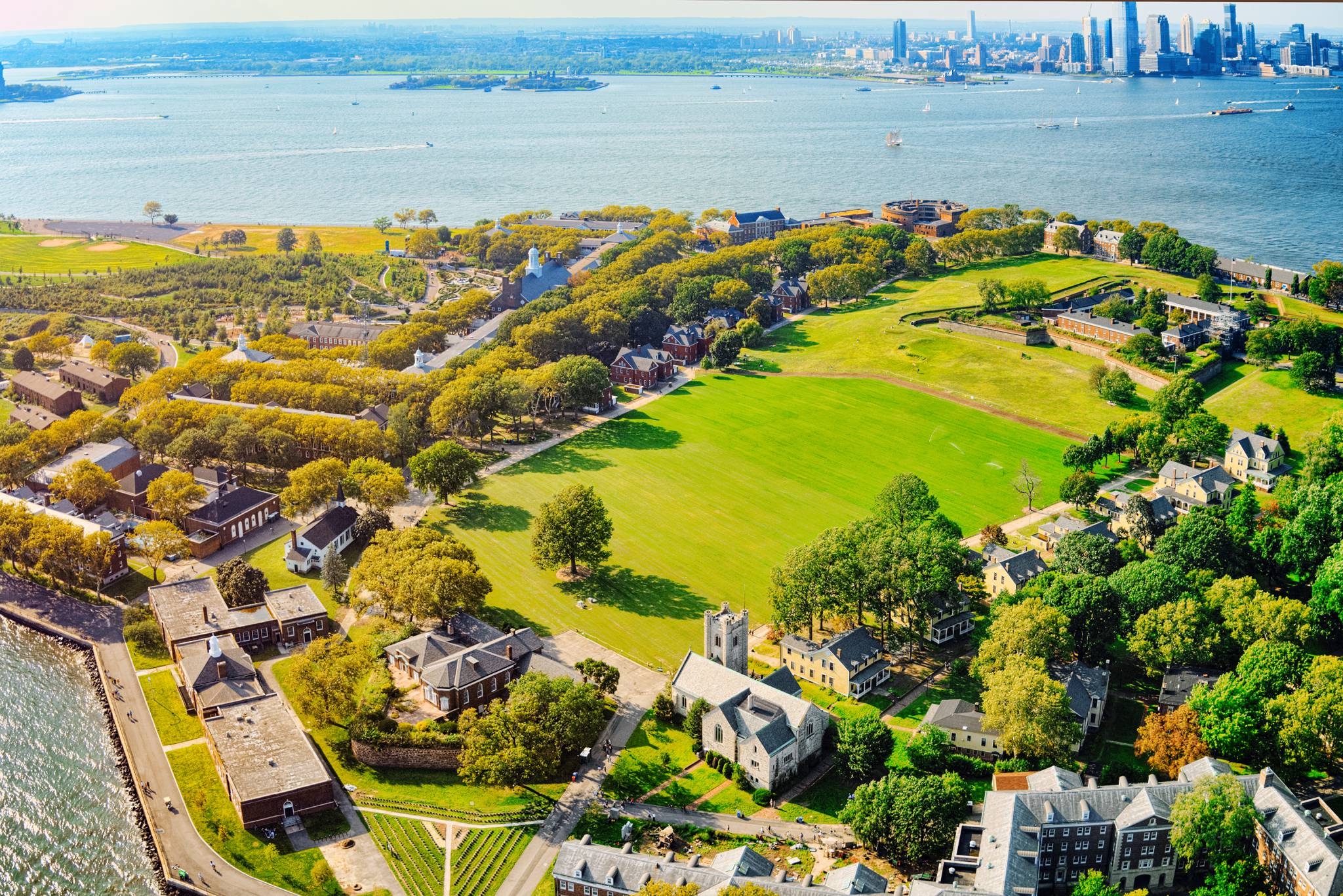