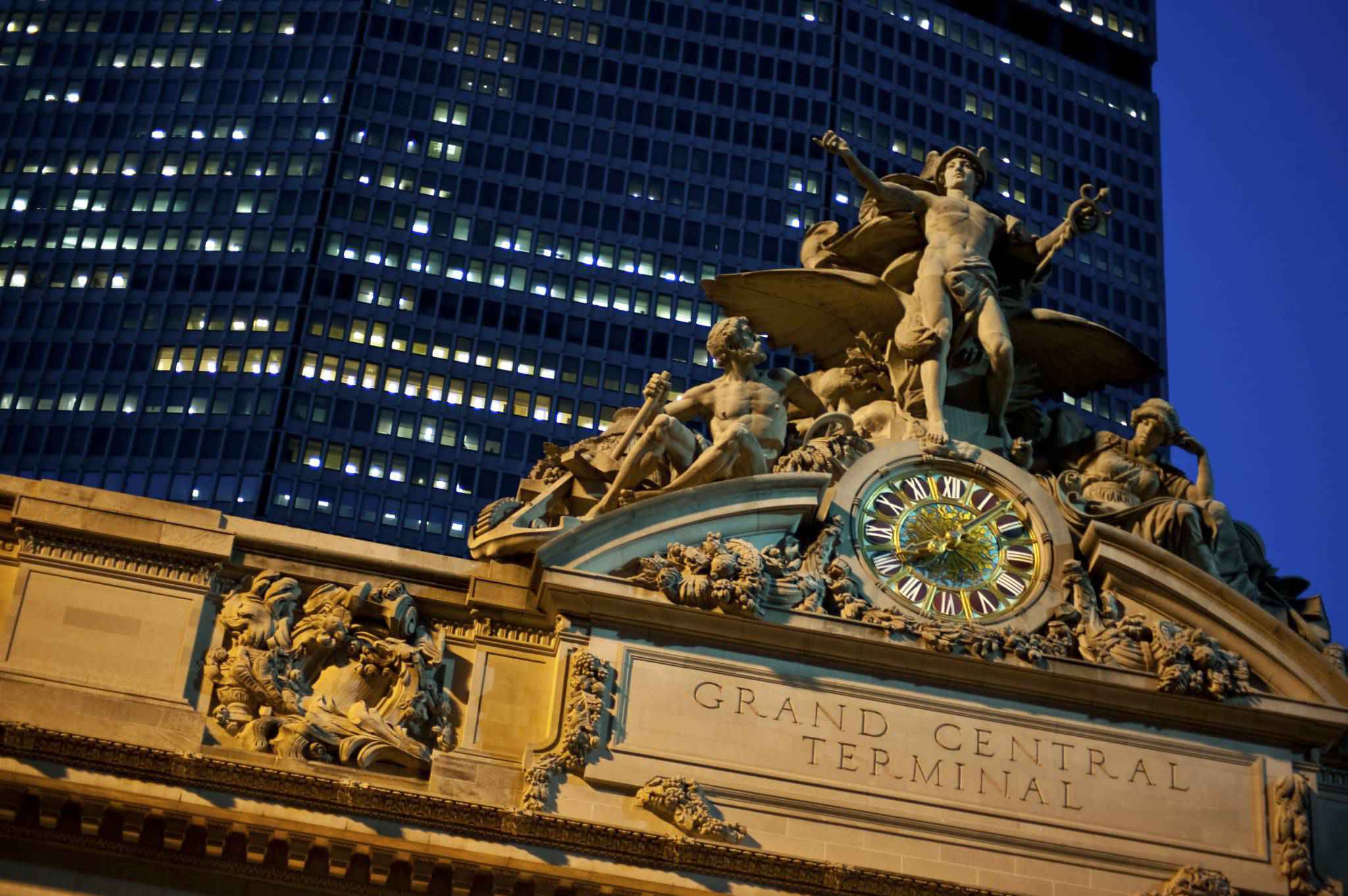 Grand Central Terminal is a commuter, rapid transit (and former intercity) railroad terminal at 42nd Street and Park Avenue in Midtown Manhattan in New York City, United States. Built by and named for the New York Central and Hudson River Railroad in the heyday of American long-distance passenger rail travel, it covers 48 acres (19 ha) and has 44 platforms, more than any other railroad station in the world. Its platforms, all below ground, serve 41 tracks on the upper level and 26 on the lower, though the total number of tracks along platforms and in rail yards exceeds 100.

The terminal serves commuters traveling on the Metro-North Railroad to Westchester, Putnam, and Dutchess counties in New York, as well as to Fairfield and New Haven counties in Connecticut. Until 1991, the terminal served Amtrak, which moved to nearby Pennsylvania Station upon completion of the Empire Connection. The East Side Access project is underway to bring Long Island Rail Road service to the terminal.

Grand Central Terminal has intricate designs both on its inside and outside. In addition, it contains a vast interior main concourse. The terminal is one of the world's most visited tourist attractions, with 21.9 million visitors in 2013.

The area surrounding Grand Central is major tourist attraction. Times Square and the Moma Museum are nearby, escalating the activity of the neighborhood. It is one of the most important landmarks in New York City.

Main Concourse
The Main Concourse is the center of Grand Central. At 275 ft (84 m) long by 120 ft (37 m) wide by 125 ft (38 m) high, the cavernous Main Concourse is usually filled with bustling crowds. and is often used as a meeting place. The ticket booths are here, although many now stand unused or have been repurposed since the introduction of ticket vending machines. The large American flag was hung in Grand Central Terminal a few days after the September 11 attacks on the World Trade Center. The main information booth is in the center of the concourse. The four-faced brass clock on top of the information booth, perhaps the most recognizable icon of Grand Central, was designed by Henry Edward Bedford and cast in Waterbury, Connecticut. Each of the four clock faces is made from opalescent glass (now often called opal glass or milk glass), though urban legend has it that the faces are made of opal and that Sotheby's and Christie's have estimated their value to be between $10 million and $20 million. A 1954 New York Times article on the restoration of the clock notes that "Each of the glass faces was twenty-four inches in diameter...." Within the marble and brass pagoda lies a "secret" door that conceals a spiral staircase leading to the lower-level information booth.

"Grand Central Zone"
The construction of Grand Central created a mini-city called the "Grand Central Zone", which stretched from 42nd to 51st Streets between Madison and Lexington Avenues. This area included the Commodore, Biltmore, Roosevelt, Marguery, Chatham, Barclay, Park Lane and Waldorf Astoria Hotels, luxury apartment houses along Park Avenue, and various new office buildings. Prestigious apartment and office buildings were erected around Grand Central, which turned the area into the most desirable commercial office district in Manhattan. It spurred construction throughout the neighborhood in the 1920s, including that of skyscrapers such as the Chrysler Building. 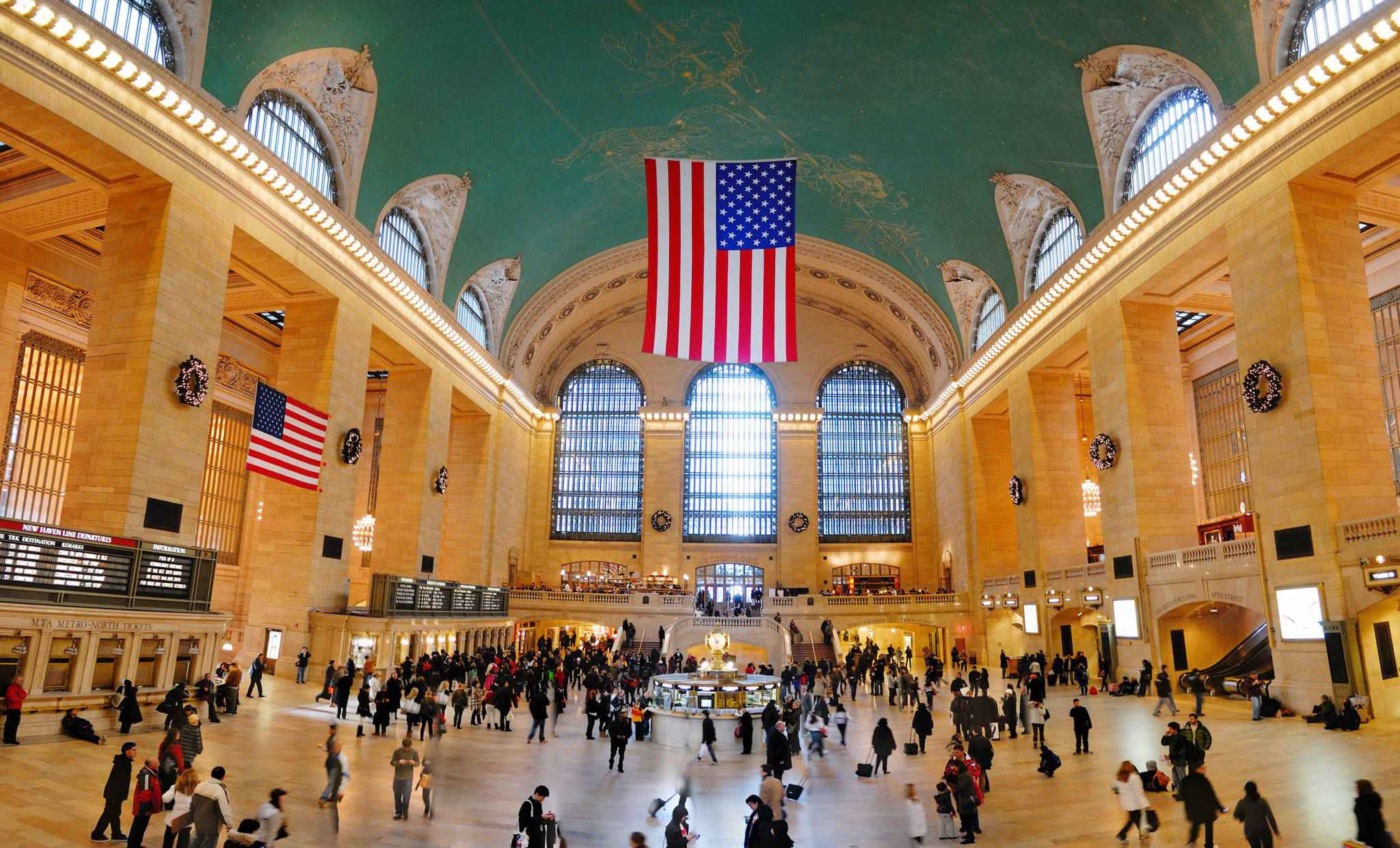