Greenwich Village, often referred to by locals as simply "the Village", is a neighborhood on the west side of Lower Manhattan, New York City. Greenwich Village has been known as an artists' haven, the Bohemian capital, the cradle of the modern LGBT movement, and the East Coast birthplace of both the Beat and '60s counterculture movements. Groenwijck, one of the Dutch names for the village , was Anglicized to Greenwich. Two of New York's private colleges, New York University (NYU) and the New School, are located in Greenwich Village.

Greenwich Village has undergone extensive gentrification and commercialization; the four zip codes that constitute the Village – 10011, 10012, 10003, and 10014 – were all ranked among the ten most expensive in the United States by median housing price in 2014, according to Forbes, with residential property sale prices in the West Village neighborhood typically exceeding US$2,000 per square foot ($22,000/m2) in 2016.

Boundaries
The neighborhood is bordered by Broadway to the east, the North River (part of the Hudson River) to the west, Houston Street to the south, and 14th Street to the north, and roughly centered on Washington Square Park and New York University. The neighborhoods surrounding it are the East Village and NoHo to the east, SoHo to the south, and Chelsea to the north. The East Village was formerly considered part of the Lower East Side and never associated with Greenwich Village. The western part of Greenwich Village is known as the West Village; the dividing line of its eastern border is debated. Some believe it starts at Seventh Avenue and its southern extension, a border to the west of which the neighborhood changes substantially in character and becomes heavily residential. Others say the West Village starts one avenue further east at Sixth Avenue, where the east-west streets in the city's grid plan start to orient themselves on an angle to the traditionally perpendicular grid plan occupying most of Manhattan. The Far West Village is another sub-neighborhood of Greenwich Village that is bordered on its west by the Hudson River and on its east by Hudson Street. Greenwich Village is located in New York's 10th congressional district, New York's 25th State Senate district, New York's 66th State Assembly district, and New York City Council's 3rd district.

Encyclopaedia Britannica's 1956 article on "New York (City)" (subheading "Greenwich Village") states that the southern border of the Village is Spring Street, reflecting an earlier understanding (today, Spring Street might be considered the southern boundary of the neighborhood sometimes called the South Village, though some cite Canal Street as the furthest extent of the South Village). The newer district of SoHo has since encroached on the Village's historic border.

Points of interest
Greenwich Village includes several collegiate institutions. Since the 1830s, New York University (NYU) has had a campus there. In 1973 NYU moved its campus in the University Heights section of the West Bronx to Greenwich Village. In 1976 Yeshiva University established the Benjamin N. Cardozo School of Law in the northern part of Greenwich Village. In the 1980s Hebrew Union College was built in Greenwich Village. The New School, with its Parsons The New School for Design, a division of The New School, and the School's Graduate School expanded in the 2000s, with the newly renovated, award winning design of the Sheila C. Johnson Design Center at 66 Fifth Avenue on 13th Street. The Cooper Union is also located in Greenwich Village, at Astor Place, near St. Mark's Place on the border of the East Village. Pratt Institute established its latest Manhattan campus in an adaptively reused Brunner & Tryon designed a loft building on 14th Street, just east of Seventh Avenue. The university campus building expansion was followed by a gentrification process in the 1980s.

The historic Washington Square Park is the center and heart of the neighborhood. Additionally, the Village has several other, smaller parks: Christopher, Father Fagan, Minetta Triangle, Petrosino Square, Little Red Square, and Time Landscape. There are also city playgrounds, including DeSalvio Playground, Minetta, Thompson Street, Bleecker Street, Downing Street, Mercer Street, Cpl. John A. Seravelli, and William Passannante Ballfield. Perhaps the most famous, though, is "The Cage", officially known as the West Fourth Street Courts. Sitting on top of the West Fourth Street – Washington Square subway station (A B C D E F M trains) at Sixth Avenue, the courts are easily accessible to basketball and American handball players from all over New York. The Cage has become one of the most important tournament sites for the city-wide "Streetball" amateur basketball tournament. Since 1975, New York University's art collection has been housed at the Grey Art Gallery bordering Washington Square Park, at 100 Washington Square East. The Grey Art Gallery is notable for its museum quality exhibitions of contemporary art.

The Village also has a bustling performing arts scene. It is still home to many Off Broadway and Off-Off-Broadway theaters; for instance, Blue Man Group has taken up residence in the Astor Place Theater. The Village Gate (until 1992), the Village Vanguard and The Blue Note are still presenting some of the biggest names in jazz on a regular basis. Other music clubs include The Bitter End, and Lion's Den. The village also has its own orchestra aptly named the Greenwich Village Orchestra. Comedy clubs dot the Village as well, including The Boston and Comedy Cellar, where many American stand-up comedians got their start.

Several publications have offices in the Village, most notably the citywide newsweekly The Village Voice, and the monthly magazines Fortune and American Heritage. The National Audubon Society, having relocated its national headquarters from a mansion in Carnegie Hill to a restored and very green, former industrial building in NoHo, relocated to smaller but even greener LEED certified digs at 225 Varick Street, a short way down Houston Street from the Film Forum. 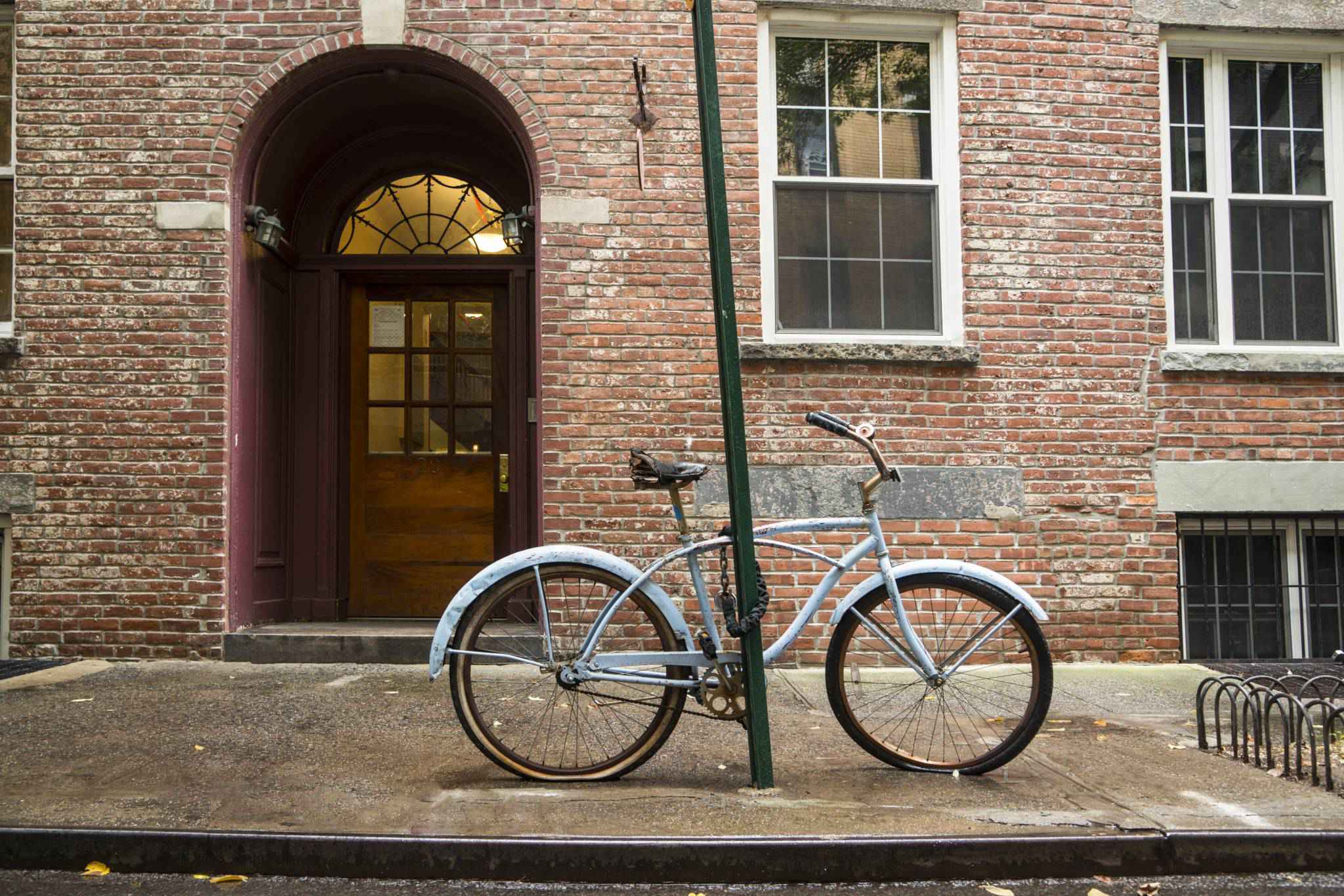