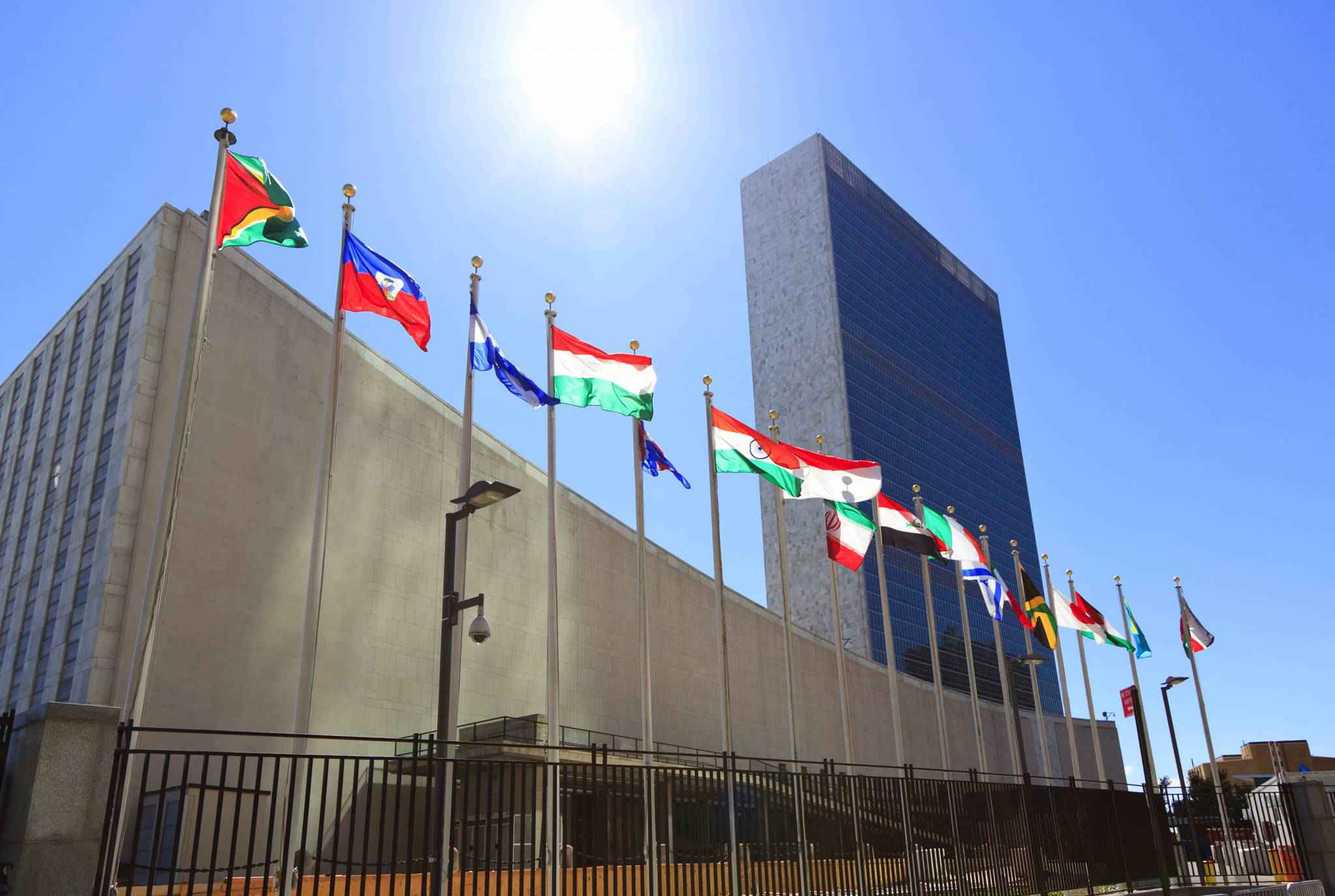 The United Nations Headquarters complex was constructed in stages with the core complex completed between 1948 and 1952. The Headquarters occupies a site beside the East River, on between 17 and 18 acres (7 and 7 ha) of land purchased from the real estate developer, William Zeckendorf, Sr. Nelson Rockefeller arranged this purchase, after an initial offer to locate it on the Rockefeller family estate of Kykuit was rejected as being too isolated from Manhattan. The US$8.5 million (adjusted by inflation US$83.9 million) purchase was then funded by his father, John D. Rockefeller, Jr., who donated it to the city. The Rockefeller family owned the Tudor City Apartments across First Avenue from the slaughter houses.Wallace Harrison, the personal architectural adviser for the Rockefeller family and brother-in-law to a Rockefeller daughter, served as the Director of Planning for the United Nations Headquarters. His firm, Harrison and Abramovitz, oversaw the execution of the design.

Art collection
The complex is also notable for its gardens and outdoor sculptures. Iconic sculptures include the "Knotted Gun", called Non-Violence, a statue of a Colt Python revolver with its barrel tied in a knot, which was a gift from the Luxembourg government and "Let Us Beat Swords into Plowshares", a gift from the Soviet Union. The latter sculpture is the only appearance of the "swords into plowshares" quotation, from Isaiah 2:4, within the complex. Contrary to popular belief, the quotation is not carved on any UN building. Rather, it is carved on the "Isaiah Wall" of Ralph Bunche Park across First Avenue. A piece of the Berlin Wall also stands in the UN garden.

Other prominent artworks on the grounds include a Marc Chagall stained glass window memorializing the death of Dag Hammarskjöld, the Japanese Peace Bell which is rung on the vernal equinox and the opening of each General Assembly session, a Chinese ivory carving made in 1974 (before the ivory trade was largely banned in 1989), and a Venetian mosaic depicting Norman Rockwell's painting The Golden Rule. A tapestry copy of Pablo Picasso's Guernica on the wall of the United Nations building at the entrance to the Security Council room. In 1952, two Léger murals were installed in the General Assembly Hall. The works are meant to merely be decorative with no symbolism. One is said to resemble cartoon character Bugs Bunny and U.S. President Harry S. Truman dubbed the other work Scrambled Eggs.

Two huge murals by Brazilian artist Cândido Portinari, entitled Guerra e Paz (War and Peace) are located at the delegates hall. The works are a gift from the United Nations Association of the United States of America and Portinari intended to execute them in the United States. However, he was denied a visa due to his communist convictions and decided to paint them in Rio de Janeiro. They were later assembled in the headquarters. After their completion in 1957, Portinari, who was already ill when he started the masterpiece, succumbed to lead poisoning from the pigments his doctors advised him to abandon. 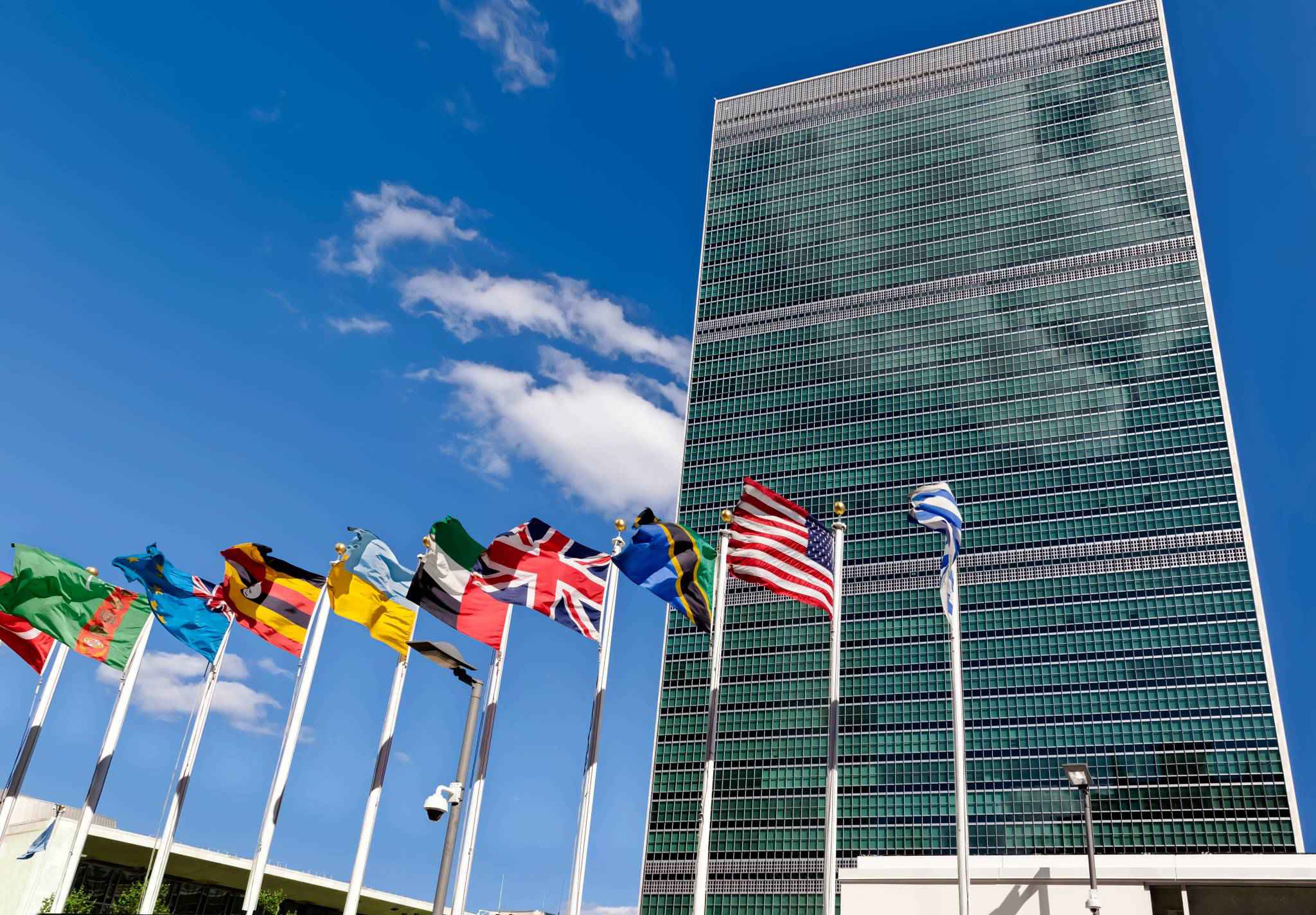