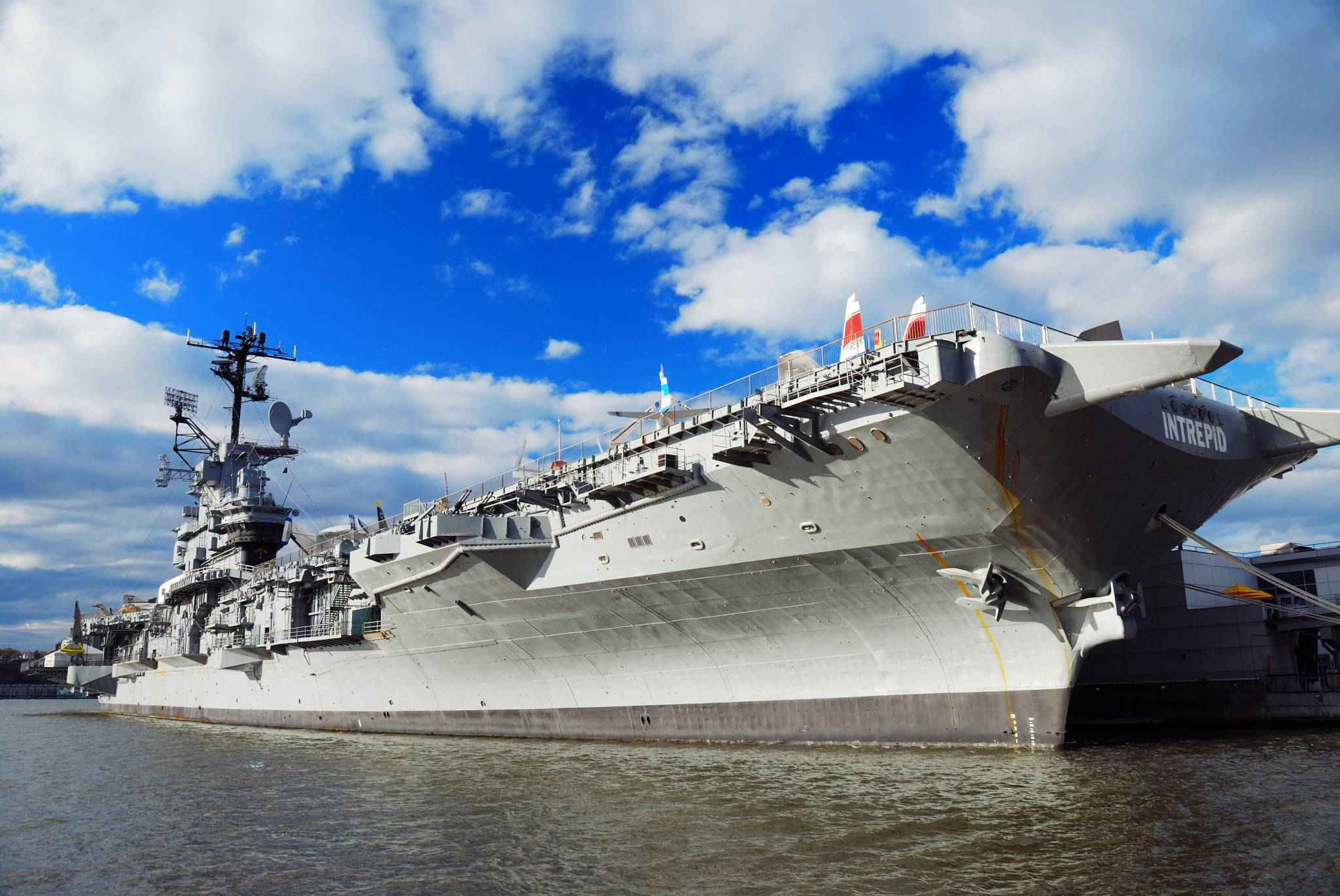 The Intrepid Sea, Air & Space Museum is a military and maritime history museum with a collection of museum ships in New York City. It is located at Pier 86 at 46th Street in the Hell's Kitchen neighborhood on the West Side of Manhattan. The museum showcases the aircraft carrier the former USS Intrepid, the submarine the former USS Growler, a Concorde SST, a Lockheed A-12 supersonic reconnaissance plane, and the Space Shuttle Enterprise.