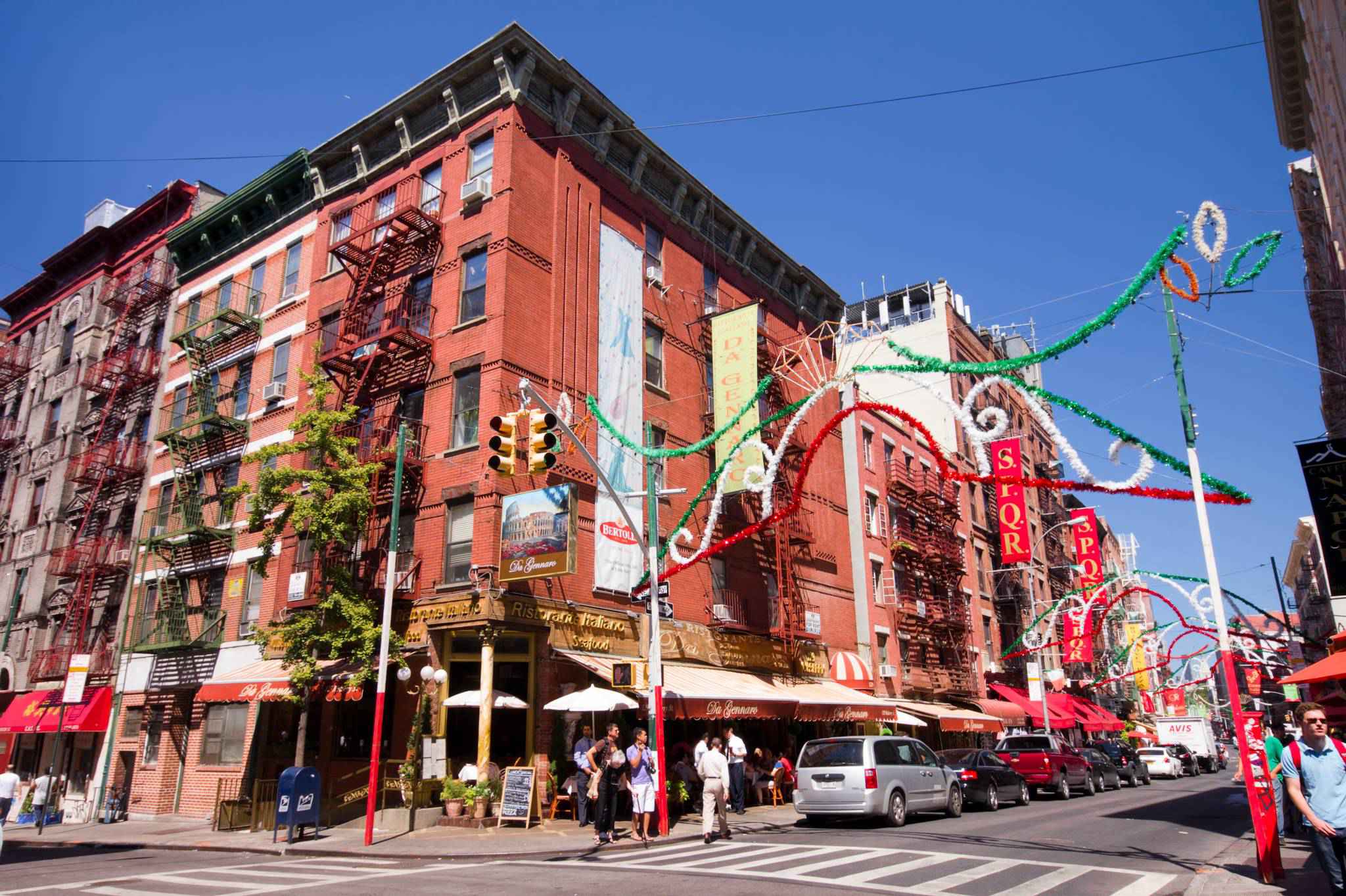 Little Italy is a neighborhood in lower Manhattan, New York City, once known for its large population of Italian Americans. Today the neighborhood consists of only a few Italian stores and restaurants. It is bounded on the west by Tribeca and Soho, on the south by Chinatown, on the east by the Bowery and Lower East Side, and on the north by Nolita.

Little Italy on Mulberry Street used to extend as far south as Worth Street, as far north as Houston Street, as far west as Lafayette Street, and as far east as Bowery. It is now only three blocks on Mulberry Street. Little Italy originated as Mulberry Bend. Jacob Riis described Mulberry Bend as "the foul core of New York’s slums." During this time period "Immigrants of the late 19th century usually settled in ethnic neighborhood". Therefore, the “mass immigration from italy during the 1880’s” led to the large settlement of Italian immigrants in lower manhattan. The results of such migration had created an "influx of Italian immigrants" which had "led to the commercial gathering of their dwelling and business".

The Feast of San Gennaro originally was once only a one-day religious commemoration. It began in September 1926 with the new arrival of immigrants from Naples. The Italian immigrants congregated along Mulberry Street in Manhattan's Little Italy to celebrate San Gennaro as the Patron Saint of Naples. The Feast of San Gennaro is a large street fair, lasting 11 days, that takes place every September along Mulberry Street between Houston and Canal Streets. The festival is an annual celebration of Italian culture and the Italian-American community. In 1995 Mort Berkowitz became the professional manager of a community group that had been formed to take over management of the San Gennaro feast. Since then, Berkowitz became involved in other recreational activities in Little Italy, including the summer, Carnevale, Columbus Day, and Christmas events.
Richard Alba, a sociologist and professor at University at Albany, SUNY, said "The fascinating part here is the way in which ethnic tourism—not only by Italian-Americans but by people who want to see an authentic urban village—keeps these neighborhoods going." 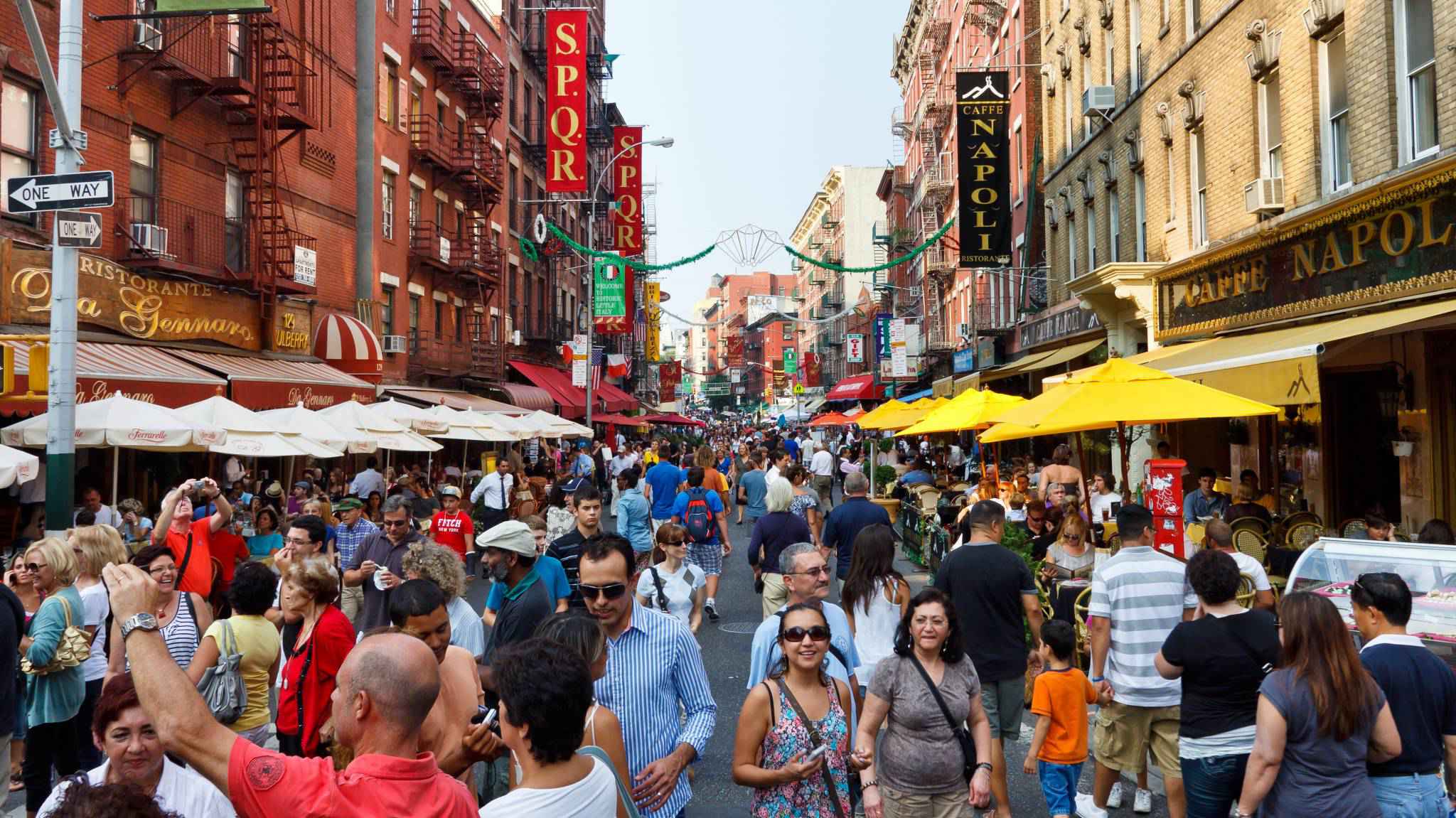