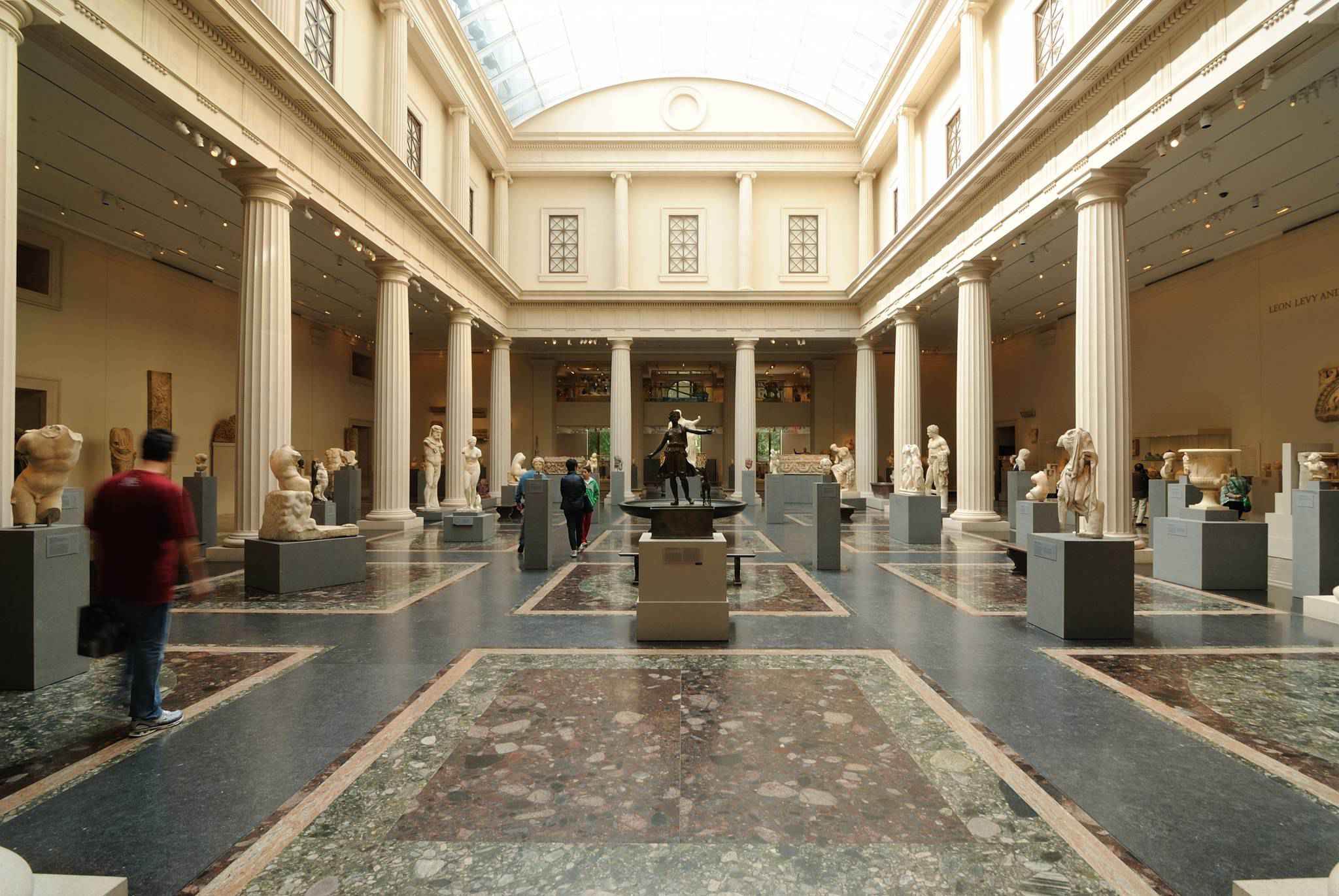 The Metropolitan Museum of Art, colloquially "the Met", is located in New York City and is the largest art museum in the United States, and is among the most visited art museums in the world. Its permanent collection contains over two million works, divided among seventeen curatorial departments. The main building, on the eastern edge of Central Park along Manhattan's Museum Mile, is by area one of the world's largest art galleries. A much smaller second location, The Cloisters at Fort Tryon Park in Upper Manhattan, contains an extensive collection of art, architecture, and artifacts from Medieval Europe.

The Metropolitan Museum of Art was founded in 1870. The founders included businessmen and financiers, as well as leading artists and thinkers of the day, who wanted to open a museum to bring art and art education to the American people. It opened on February 20, 1872, and was originally located at 681 Fifth Avenue.

Collections
The Met's permanent collection is curated by seventeen separate departments, each with a specialized staff of curators and scholars, as well as six dedicated conservation departments and a Department of Scientific Research. The permanent collection includes works of art from classical antiquity and ancient Egypt, paintings and sculptures from nearly all the European masters, and an extensive collection of American and modern art. The Met maintains extensive holdings of African, Asian, Oceanian, Byzantine, and Islamic art. The museum is also home to encyclopedic collections of musical instruments, costumes and accessories, and antique weapons and armor from around the world. A number of notable interiors, ranging from 1st century Rome through modern American design, are permanently installed in the Met's galleries.

In addition to its permanent exhibitions, the Met organizes and hosts large traveling shows throughout the year.

Asian art
The Met's Asian department holds a collection of Asian art, of more than 35,000 pieces, that is arguably the most comprehensive in the US. The collection dates back almost to the founding of the museum: many of the philanthropists who made the earliest gifts to the museum included Asian art in their collections. Today, an entire wing of the museum is dedicated to the Asian collection, and spans 4,000 years of Asian art. Every Asian civilization is represented in the Met's Asian department, and the pieces on display include every type of decorative art, from painting and printmaking to sculpture and metalworking. The department is well known for its comprehensive collection of Chinese calligraphy and painting, as well as for its Nepalese and Tibetan works. However, not only "art" and ritual objects are represented in the collection; many of the best-known pieces are functional objects. The Asian wing also contains a complete Ming Dynasty-style garden court, modeled on a courtyard in the Garden of the Master of the Fishing Nets in Suzhou.


Egyptian art
Though the majority of the Met's initial holdings of Egyptian art came from private collections, items uncovered during the museum's own archeological excavations, carried out between 1906 and 1941, constitute almost half of the current collection. More than 26,000 separate pieces of Egyptian art from the Paleolithic era through the Ptolemaic era constitute the Met's Egyptian collection, and almost all of them are on display in the museum's massive wing of 40 Egyptian galleries. Among the most valuable pieces in the Met's Egyptian collection are 13 wooden models (of the total 24 models found together, 12 models and 1 offering bearer figure is at the Met, while the remaining 10 models and 1 offering bearer figure are in the Egyptian Museum in Cairo), discovered in a tomb in the Southern Asasif in western Thebes in 1920. These models depict, in unparalleled detail, a cross-section of Egyptian life in the early Middle Kingdom: boats, gardens, and scenes of daily life are represented in miniature. William the Faience Hippopotamus is a miniature shown at right.

However, the popular centerpiece of the Egyptian Art department continues to be the Temple of Dendur. Dismantled by the Egyptian government to save it from rising waters caused by the building of the Aswan High Dam, the large sandstone temple was given to the United States in 1965 and assembled in the Met's Sackler Wing in 1978. Situated in a large room, partially surrounded by a reflecting pool and illuminated by a wall of windows opening onto Central Park, the Temple of Dendur is one of the Met's most enduring attractions. 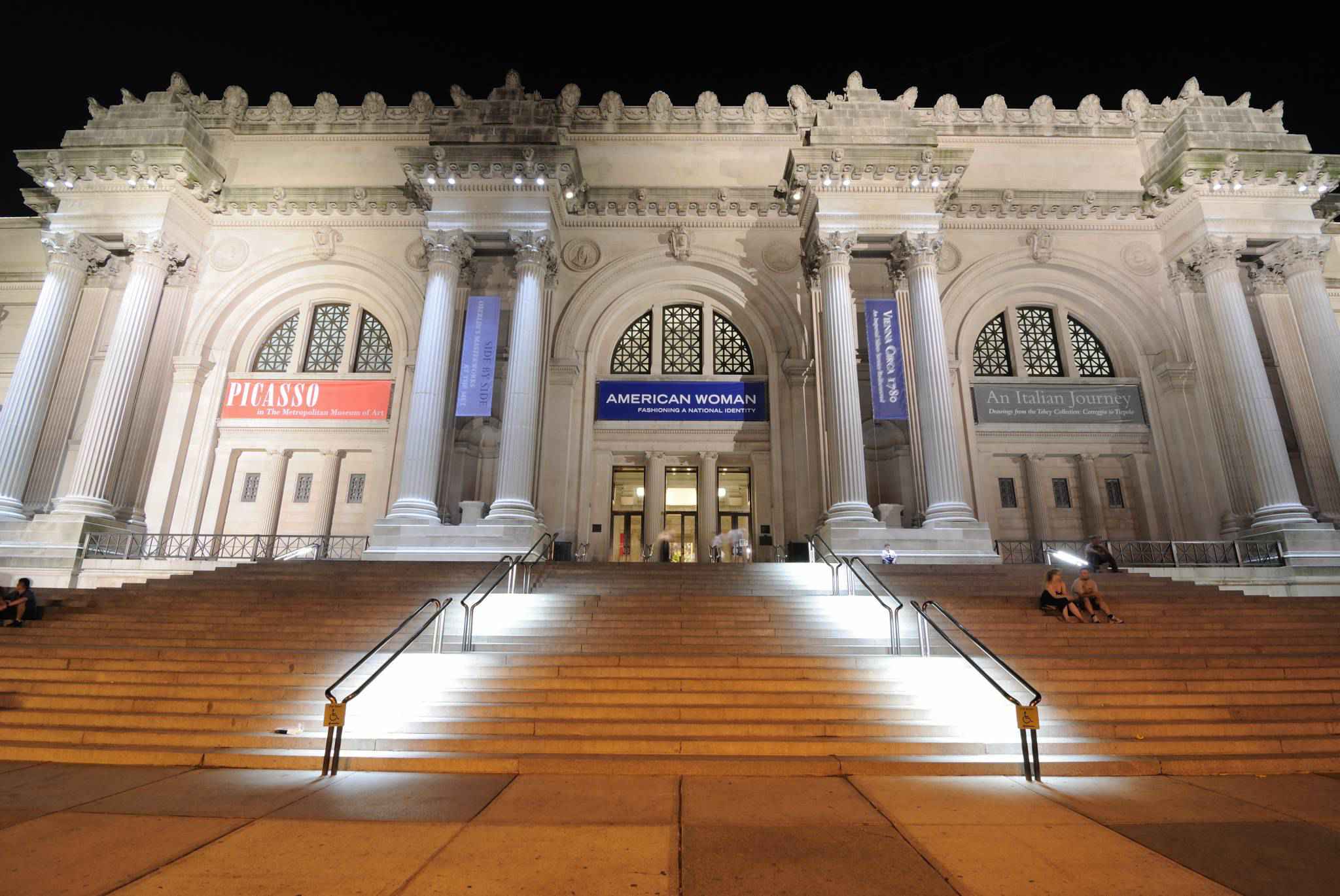