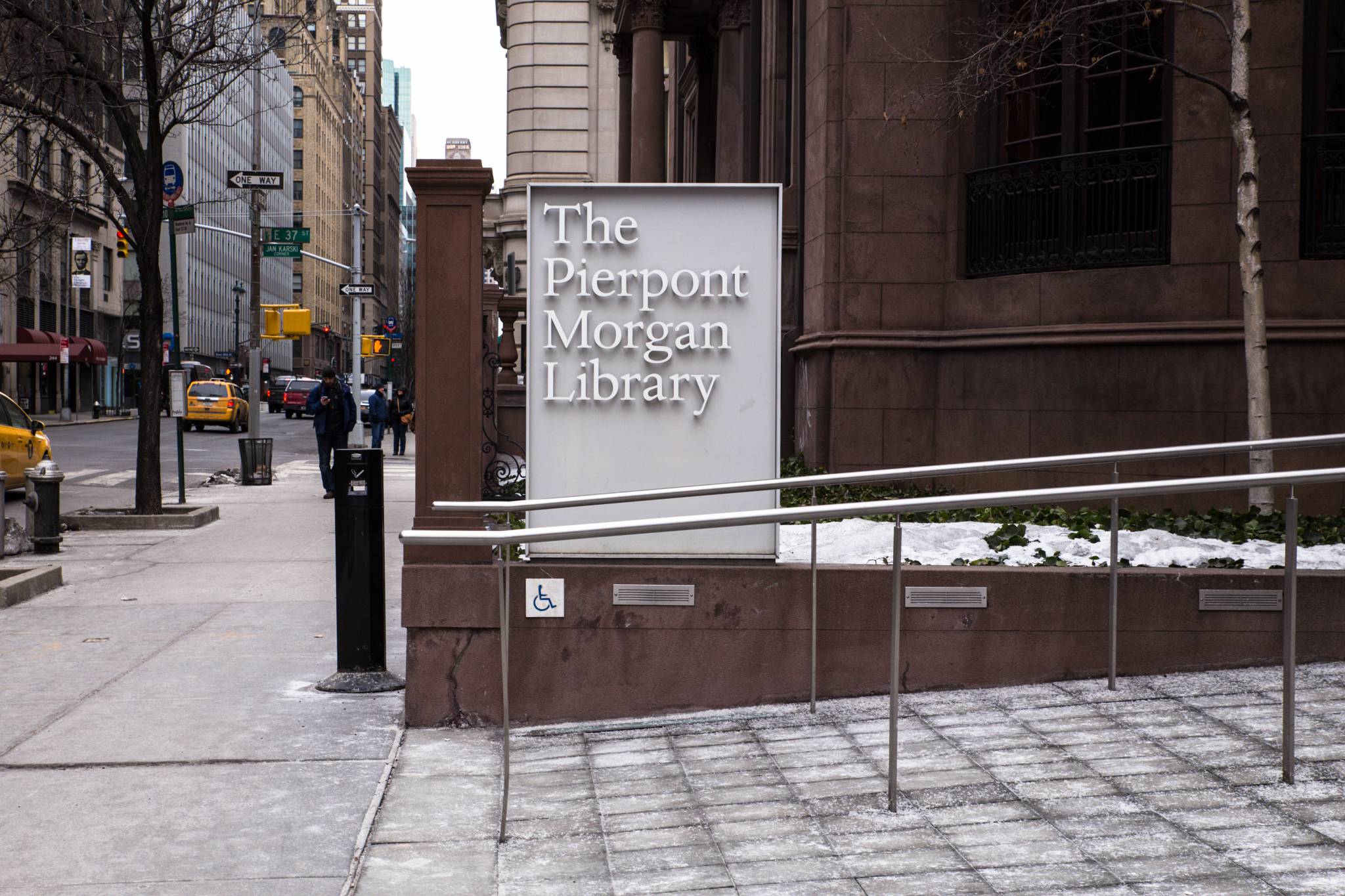 
The Morgan Library & Museum – formerly the Pierpont Morgan Library – is a museum and research library located at 225 Madison Avenue at East 36th Street in the Murray Hill neighborhood of Manhattan, New York City. It was founded to house the private library of J. P. Morgan in 1906, which included manuscripts and printed books, some of them in rare bindings, as well as his collection of prints and drawings. The library was designed by Charles McKim of the firm of McKim, Mead and White and cost $1.2 million. It was made a public institution in 1924 by J. P. Morgan's son John Pierpont Morgan, Jr., in accordance with his father's will.

Collection
Today the library is a complex of buildings which serve as a museum and scholarly research center. The scope of the collection was shaped in its early years as a private collection by Belle da Costa Greene, J.P. Morgan's personal librarian, who became the library's first director and served from the time that it became public until her retirement in 1948. Her successor Frederick Baldwin Adams, Jr. managed the Library until 1969 and was also world-renowned for his own personal collections. The most internationally significant part of the collection is its relatively small but very select collection of illuminated manuscripts, and medieval artworks such as the Stavelot Triptych and the metalwork covers of the Lindau Gospels. Among the more famous manuscripts are the Morgan Bible, Morgan Beatus, Hours of Catherine of Cleves, Farnese Hours, Morgan Black Hours, and Codex Glazier. The manuscript collection also includes authors' original manuscripts, including some by Sir Walter Scott and Honoré de Balzac, as well as the scraps of paper on which Bob Dylan jotted down "Blowin' in the Wind" and "It Ain't Me Babe".

It also contains a large collection of incunabula, prints, and drawings of European artists—Leonardo, Michelangelo, Raphael, Rembrandt, Rubens, Gainsborough, Dürer, and Picasso; early printed Bibles, among them three Gutenberg Bibles; and many examples of fine bookbinding. Other holdings include material from ancient Egypt and medieval liturgical objects (including Coptic literature examples), Émile Zola, William Blake's original drawings for his edition of the Book of Job; concept drawings for The Little Prince by Antoine de Saint-Exupéry; a Percy Bysshe Shelley notebook; originals of poems by Robert Burns; a unique Charles Dickens manuscript of A Christmas Carol with handwritten edits and markup from the author; a journal by Henry David Thoreau; an extraordinary collection of autographed and annotated libretti and scores from Beethoven, Brahms, Chopin, Mahler and Verdi, and Mozart's Haffner Symphony in D Major; and manuscripts of George Sand, William Makepeace Thackeray, Lord Byron, Charlotte Brontë and nine of Sir Walter Scott's novels, including Ivanhoe. The collection still includes a few Old Master paintings collected by Morgan between 1907 and 1911 (works by Hans Memling, Perugino, and Cima da Conegliano), but this has never been the collection's focus, and Ghirlandaio's masterpiece Portrait of Giovanna Tornabuoni was sold to Thyssen when the Great Depression worsened the Morgan family's finances. 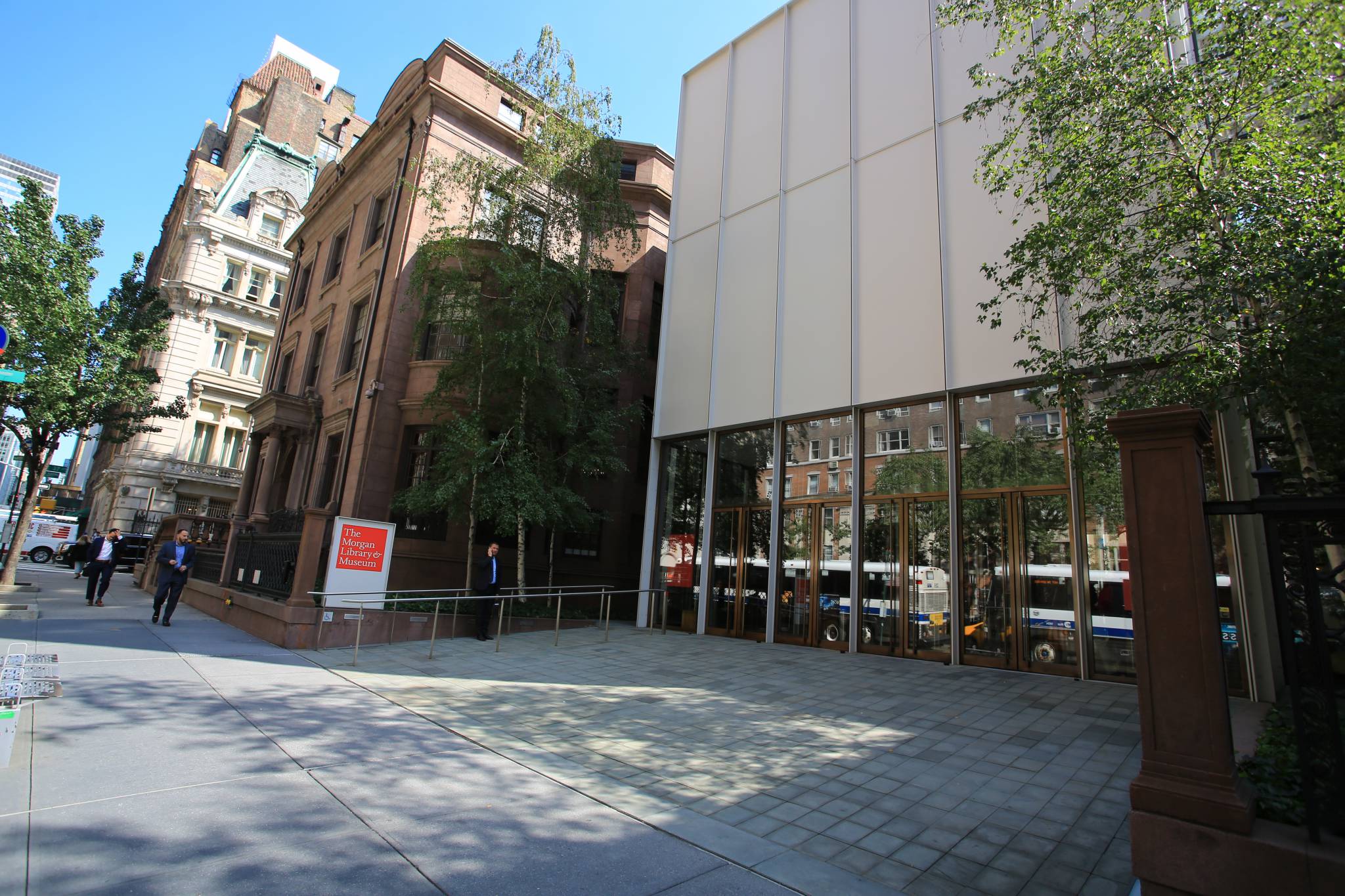