The Memorial Mission:
Remember and honor the thousands of innocent men, women, and children murdered by terrorists in the horrific attacks of February 26, 1993 and September 11, 2001.

Respect this place made sacred through tragic loss.

Recognize the endurance of those who survived, the courage of those who risked their lives to save others, and the compassion of all who supported us in our darkest hours.

May the lives remembered, the deeds recognized, and the spirit reawakened be eternal beacons, which reaffirm respect for life, strengthen our resolve to preserve freedom, and inspire an end to hatred, ignorance and intolerance.

The Survivor Tree
A callery pear tree recovered from the rubble at the World Trade Center site in October 2001 was later called the "Survivor Tree". When the 8-foot (2.4 m)-tall tree was recovered, it was badly burned and had one living branch. The tree had been planted during the 1970s near buildings four and five, in the vicinity of Church Street. Memorial president Joe Daniels described it as "a key element of the memorial plaza's landscape." 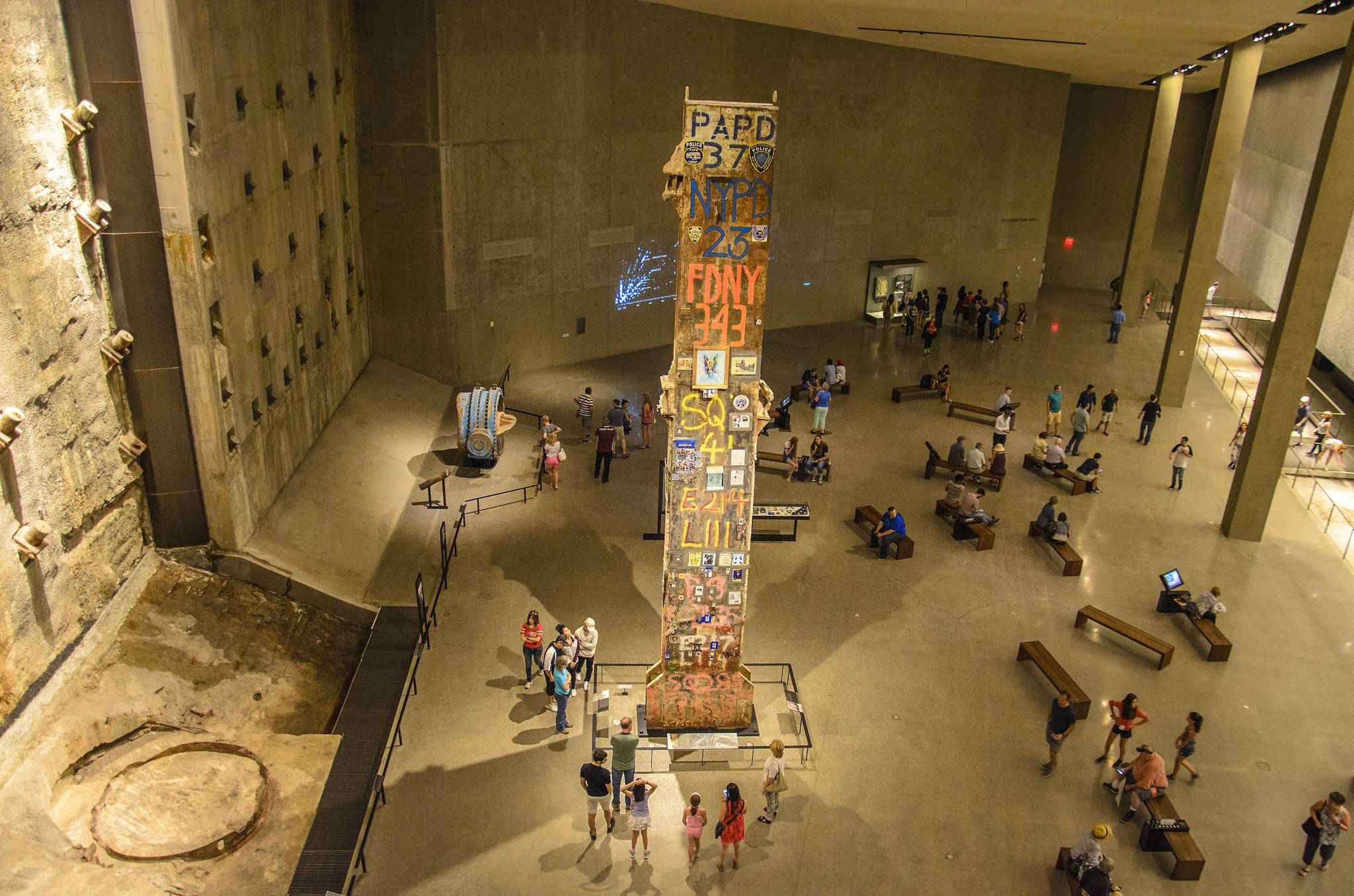