The Neue Galerie New York (German for: "New Gallery") is a museum of early twentieth-century German and Austrian art and design located in the William Starr Miller House at 86th Street and Fifth Avenue in New York City. Established in 2001, it is one of the most recent additions to New York City's famed Museum Mile, which runs from 83rd to 105th streets on Fifth Avenue in the Upper East Side of Manhattan.

The museum was first conceived by two close friends: art dealer and museum exhibition organizer Serge Sabarsky, and entrepreneur, philanthropist, and art collector Ronald S. Lauder. The two men shared a passionate commitment to early twentieth-century German and Austrian art and design. They met in 1967, just before Sabarsky opened his Serge Sabarsky Gallery at 987 Madison Avenue. Almost immediately, the gallery earned a reputation as New York’s leading gallery for Austrian and German Expressionist art. Lauder was a frequent visitor and client. Over the years, the two men discussed opening a museum to showcase the very best work from the period. When Sabarsky died in 1996, Lauder chose to carry on the task of creating Neue Galerie New York, as a tribute to his friend.

Collection
The collection of the Neue Galerie is divided into two sections. The second floor of the museum houses works of fine art and decorative art from early twentieth-century Austria, including paintings by Gustav Klimt, Oskar Kokoschka, and Egon Schiele and decorative objects by the artisans of the Wiener Werkstaette and their contemporaries. The third floor exhibits various German works from the same era, including art movements such as Der Blaue Reiter (The Blue Rider), Die Brücke (The Bridge), and the Bauhaus. Featured artists on this floor include Wassily Kandinsky, Paul Klee, Ernst Ludwig Kirchner, Lyonel Feininger, Otto Dix, and George Grosz.

In 2006, Lauder purchased Klimt's painting Portrait of Adele Bloch-Bauer I from Maria Altmann on behalf of the Neue Galerie. Citing a confidentiality agreement, Lauder would only confirm that the purchase price was more than the last record price of US$104.2 million US for Picasso's 1905 Boy With a Pipe. The press reported the price for the Klimt at US$135 million, which would make it at that time the most expensive painting ever sold. It has been on display at the museum since July 2006. 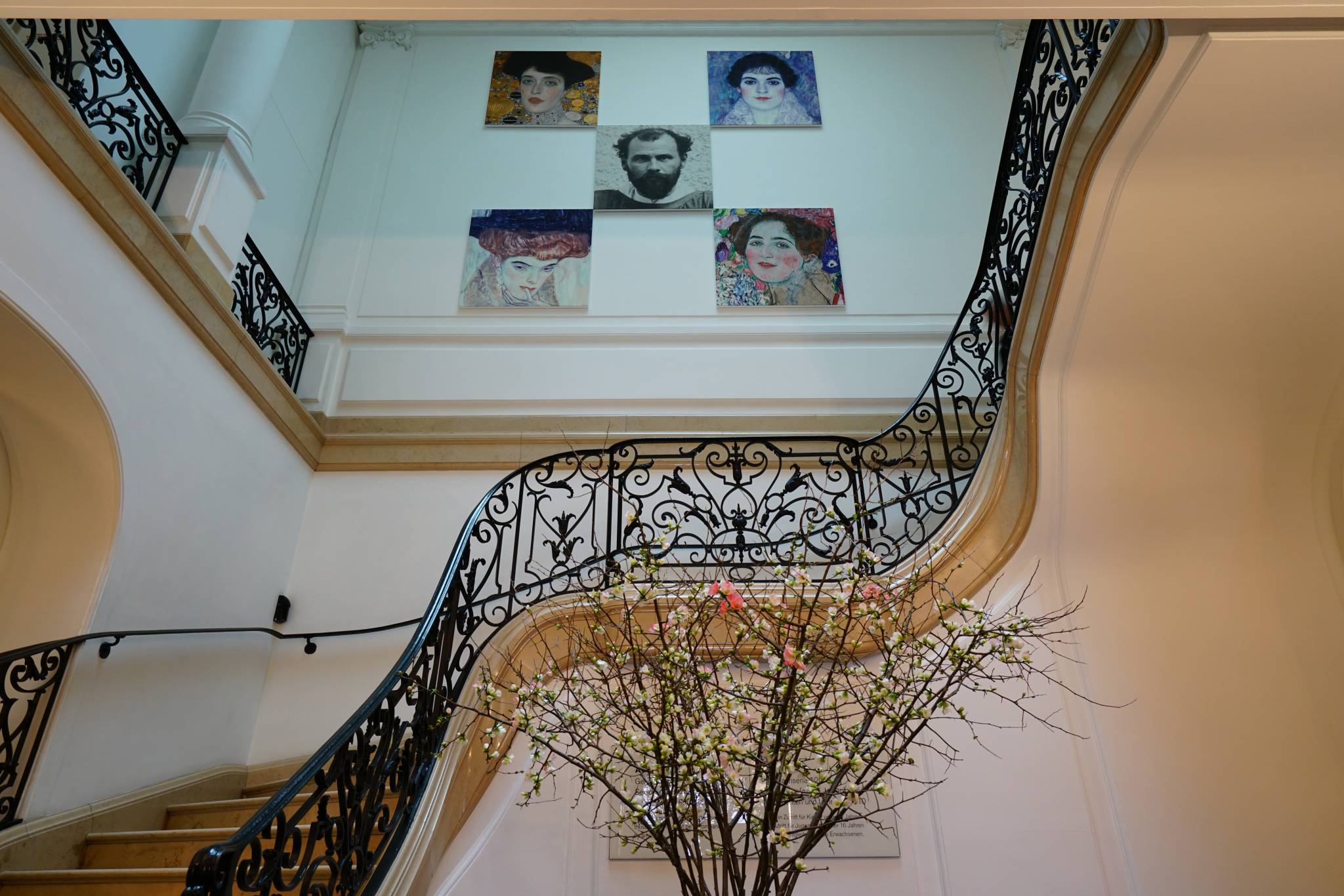