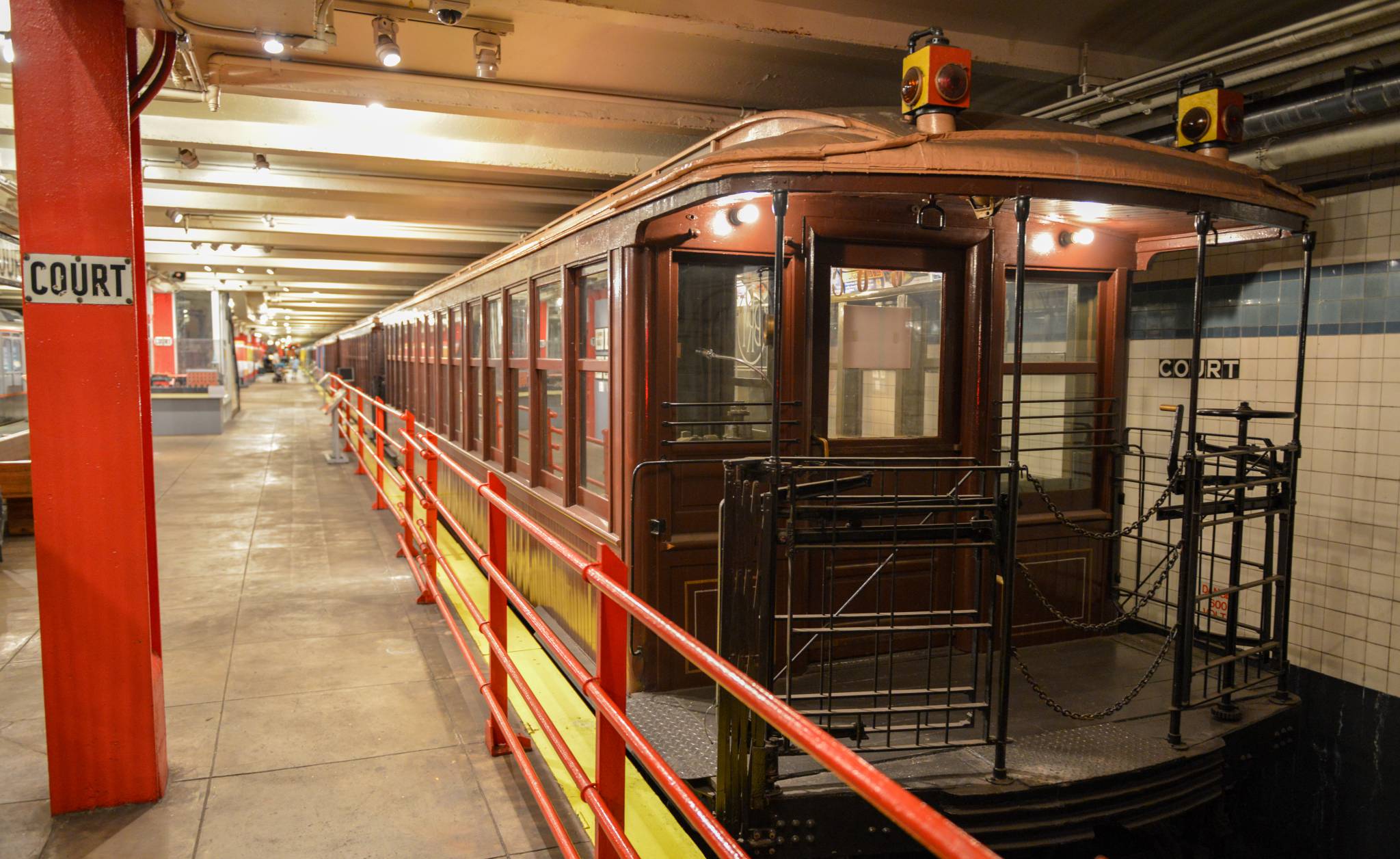 
The New York Transit Museum (also called the NYC Transit Museum) is a museum that displays historical artifacts of the New York City Subway, bus, and commuter rail systems in the greater New York City metropolitan region. The main museum is located in the decommissioned Court Street subway station in Downtown Brooklyn and Brooklyn Heights in the New York City borough of Brooklyn. There is a smaller satellite Museum Annex in Grand Central Terminal in the midtown area of Manhattan.

Railway artifacts
On the platform (lower) level, two fully powered and operational subway tracks contain many historic examples of New York City subway and elevated railway equipment on permanent display. Preserved railcars, most of which can still be operated, date as far back as the predecessor companies that came before the New York City Transit Authority, such as the BMT and IRT private companies, and the city owned and operated IND. The platform bordering one of the two tracks is equipped with hinged bright yellow gap filler boards, to allow the narrower IRT railcars to be safely boarded from a platform which was built for the wider cars running on newer lines.

A few specialized railwork vehicles formerly used for maintenance are also usually on view. In addition to the operational rolling stock, there is a large wheel truck and motor (bogie) on display on the platform itself, along with a series of informational panels showing the development of New York City's rail transit systems.

In addition, a fully functional underground "signal tower" control room is on view, a facility that was used to monitor the IND Fulton Street Line and IND Crosstown Line when the subway station was in active revenue service. The track diagram indicator lights and control levers are fully operational, and are still needed when the subway cars on display are replaced or moved; however, since the controls are live, the control panel is secured and locked, but visitors can still view it through a window and read explanatory signs.

Other artifacts in the museum include a poster for the 1926 lost film, Subway Sadie, as well as an original brass light fixture from the station's operating days. It also features an original mosaic plaque from the 137th Street station, dating back to the subway's 1904 opening.

Bus fleet and artifacts
Besides subway cars, the museum has a sizable vintage bus fleet of retired buses. Because there is no area available for their permanent exhibition in the underground museum, they are stored in various bus depots around the city. They are brought out for special events, such as the museum's annual "Bus Festival," which is held annually in conjunction with the Atlantic Antic street fair. The Bus Festival began as an annual tradition in 1994. During the Bus Festival, the museum opens its doors for free. 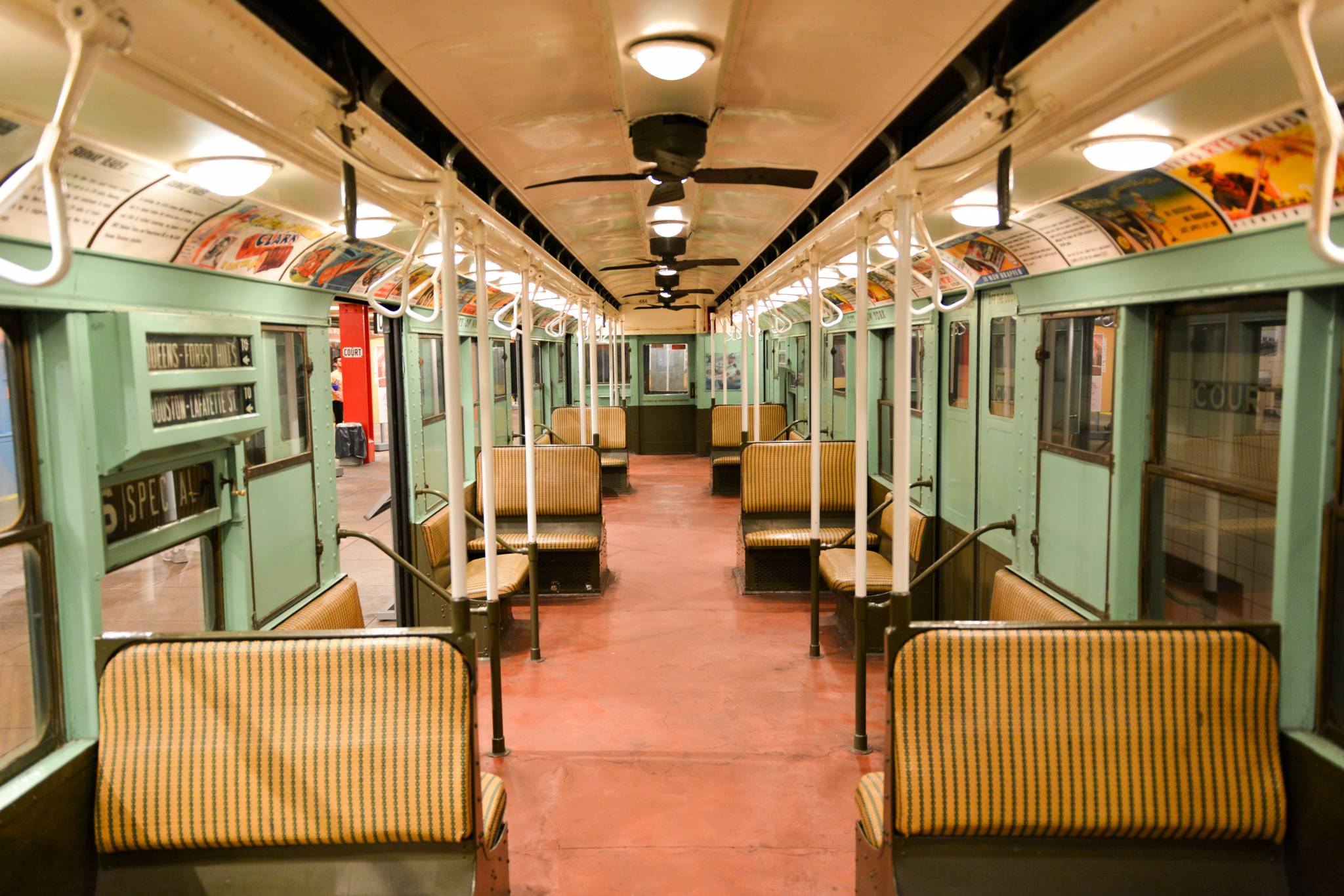