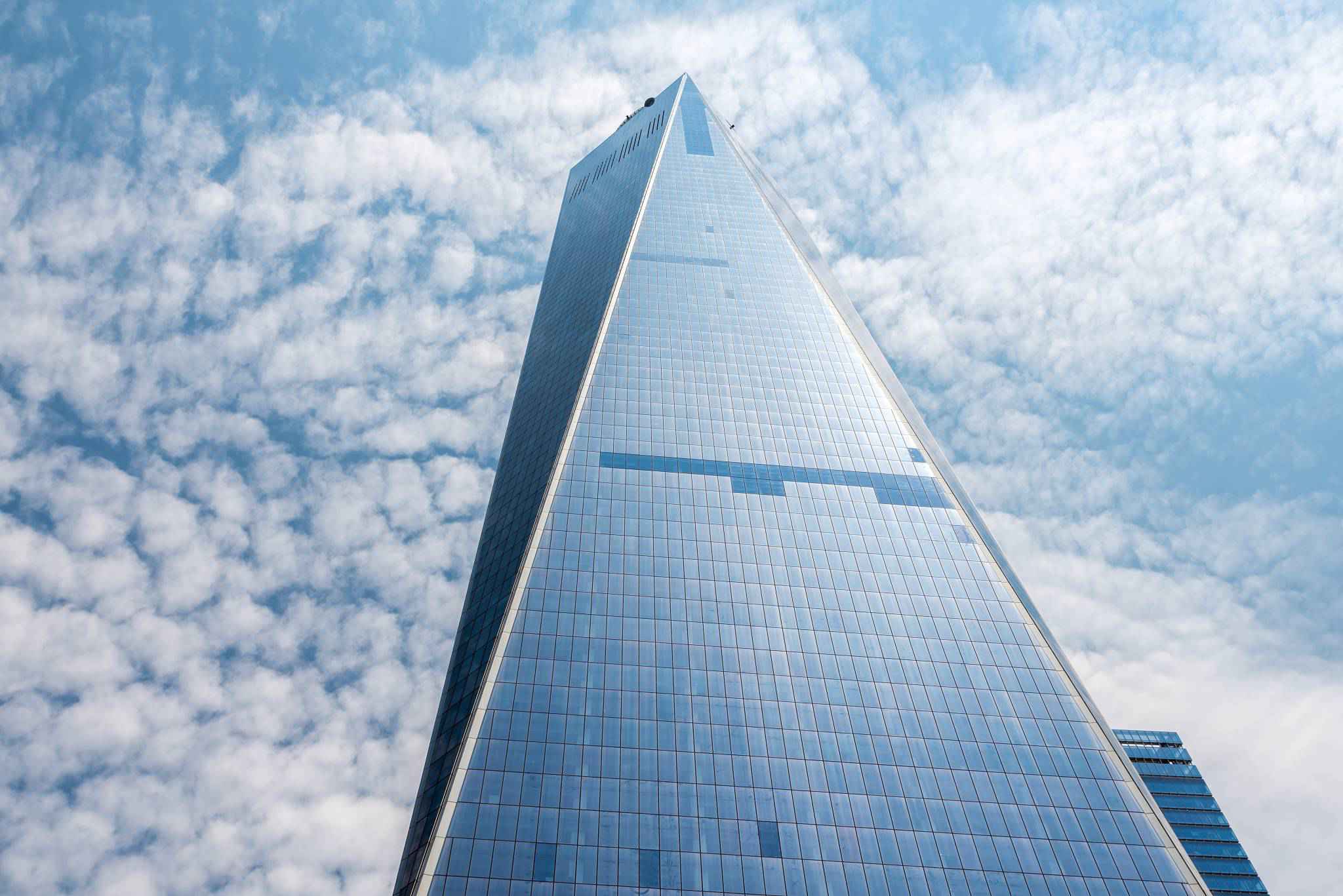 The building's architect was David Childs, whose firm Skidmore, Owings & Merrill (SOM) also designed the Burj Khalifa and the Willis Tower. The construction of below-ground utility relocations, footings, and foundations for the new building began on April 27, 2006. One World Trade Center became the tallest structure in New York City on April 30, 2012, when it surpassed the height of the Empire State Building.

Sustainability
Like other buildings in the new World Trade Center complex, One World Trade Center includes sustainable architecture features. Much of the building's structure and interior is built from recycled materials, including gypsum boards and ceiling tiles; around 80 percent of the tower's waste products are recycled. Although the roof area of any tower is limited, the building implements a rainwater collection and recycling scheme for its cooling systems. The building's PureCell phosphoric acid fuel cells generate 4.8 megawatts (MW) of power, and its waste steam generates electricity. The New York Power Authority selected UTC Power to provide the tower's fuel cell system, which was one of the largest fuel cell installations in the world once completed. The tower also makes use of off-site hydroelectric and wind power. The windows are made of an ultra-clear glass, which allows maximum sunlight to pass through; the interior lighting is equipped with dimmers that automatically dim the lights on sunny days, reducing energy costs. Like all of the new facilities at the World Trade Center site, One World Trade Center is heated by steam, with limited oil or natural gas utilities on-site. One World Trade Center is expected to receive a Leadership in Energy and Environmental Design (LEED) Gold Certification, making it one of the most environmentally sustainable skyscrapers in the world.

Statue in front of the building
The America's Response Monument, a life-and-a-half scale bronze statue commemorating the actions of U.S. Special Operations Forces in the first few weeks of the War in Afghanistan, was unveiled to the public during the Veteran's Day Parade in New York City on November 11, 2011. The statue was displayed on a float, which traveled along Fifth Avenue north from 23rd Street to 56th Street. It was dedicated that same day, in a ceremony led by Vice President Joe Biden and Lieutenant-General John Mulholland, commander of U.S. Army Special Operations Command and formerly commander of Task Force Dagger during the initial days of the War in Afghanistan. It was temporarily located in the West Street Lobby inside One World Financial Center in New York City opposite Ground Zero.

It is the first public monument to honor United States special forces; there is also a monument commemorating the Green Berets on Meadows Memorial Field in Fort Bragg, North Carolina.

On October 19, 2012, the monument was rededicated in front of the tower. The inscription at base of the sculpture bears its name, "America's Response Monument", and the Latin subtitle De Oppresso Liber. The subtitle, traditionally translated as "to free the oppressed", is the motto of the Green Berets, who inspired the monument. A piece of steel from the original World Trade Center is embedded in the base. 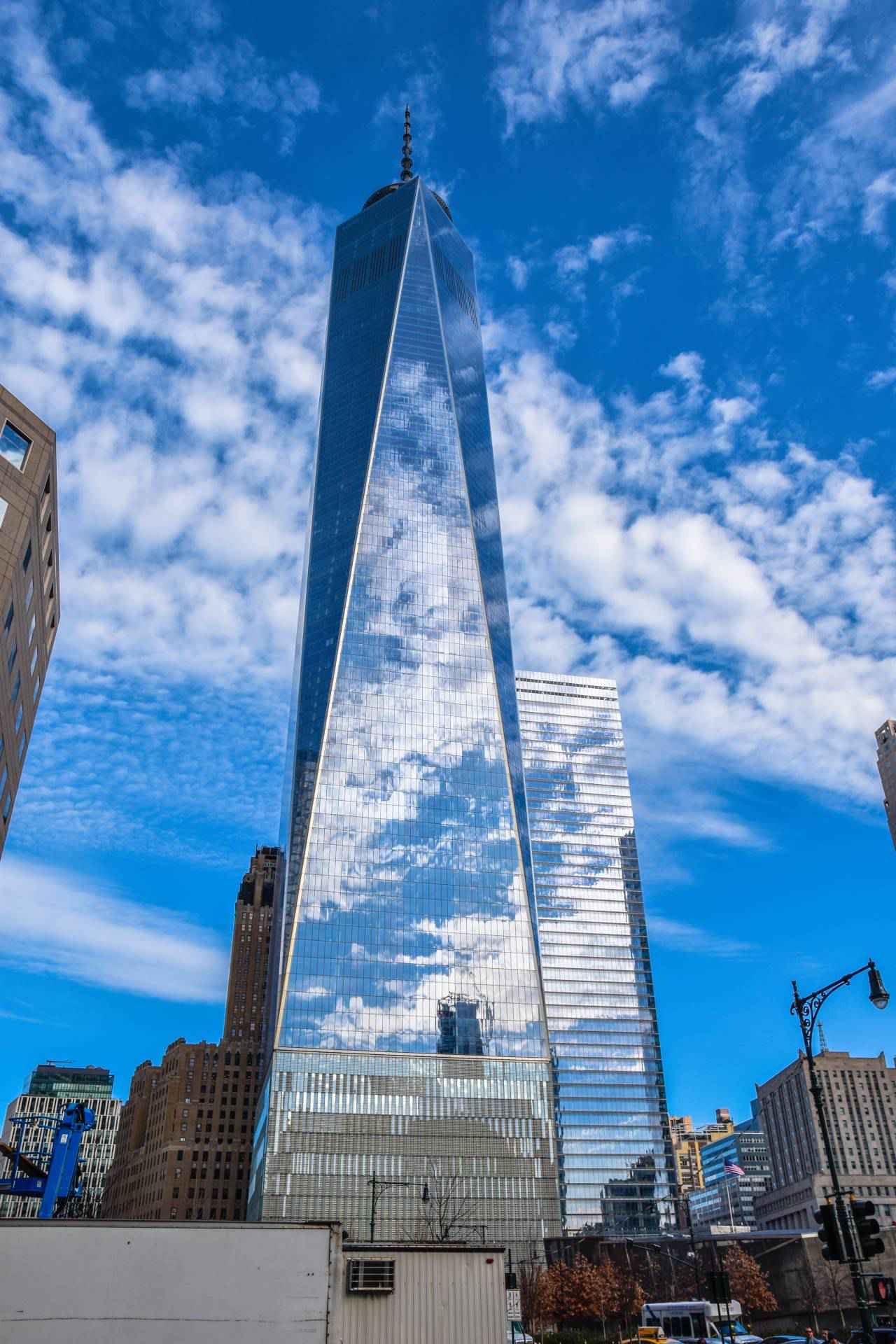