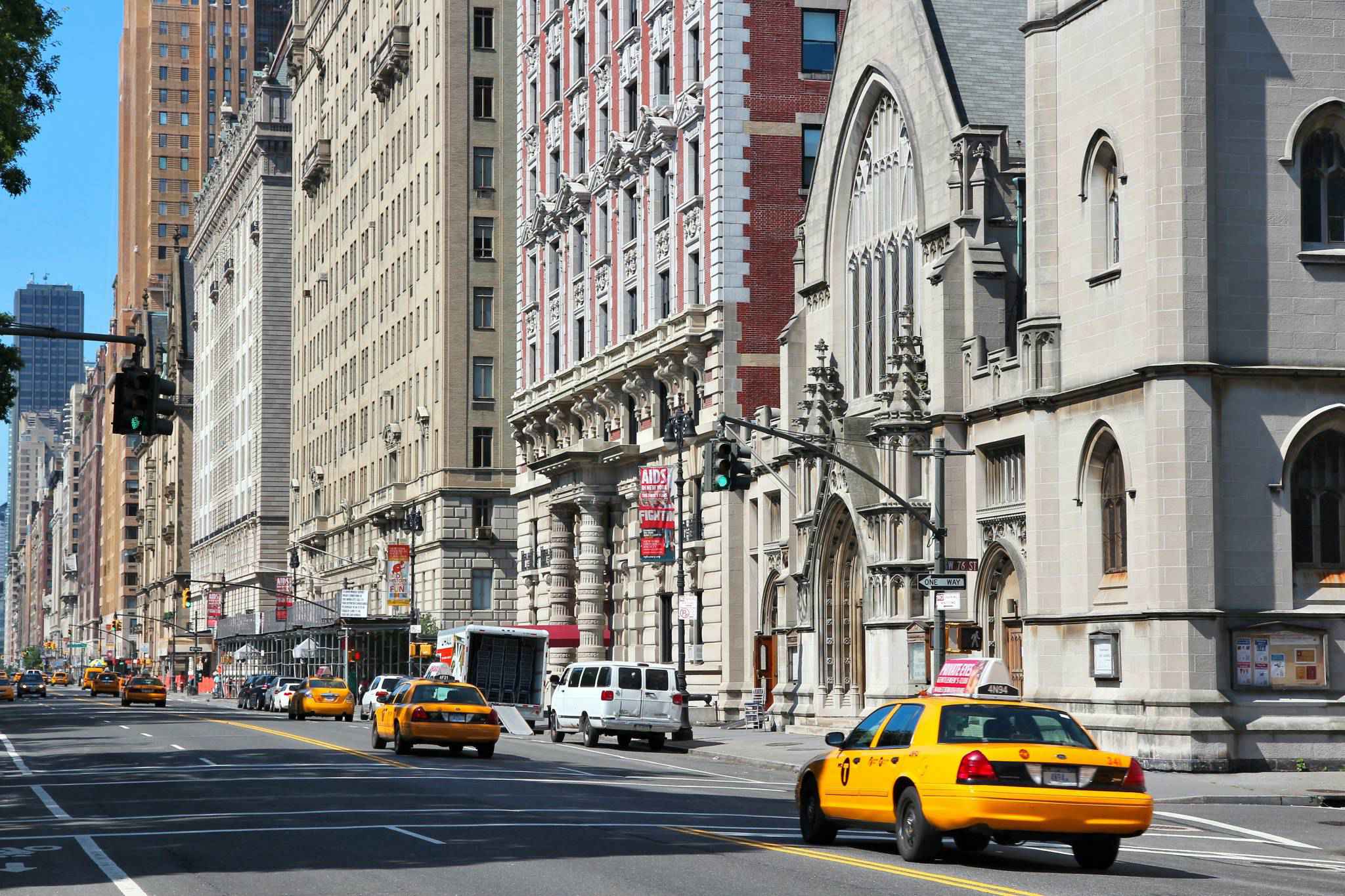 Park Avenue is a wide New York City boulevard which carries north and southbound traffic in the borough of Manhattan, and is also a wide one-way pair in the Bronx. For most of the road's length in Manhattan, it runs parallel to Madison Avenue to the west and Lexington Avenue to the east. Park Avenue's entire length was formerly called Fourth Avenue; the title still applies to the section between the Bowery and 14th Street. Meanwhile, the section between 14th and 17th Street is called Union Square East, and between 17th and 32nd Streets, the name Park Avenue South is used. In the Bronx, Park Avenue runs in several segments between the Major Deegan Expressway and Fordham Road.

Between 33rd Street and 40th Street, the left-hand northbound lane descends into the Murray Hill Tunnel. Immediately across from 40th Street, the center lanes of Park Avenue rise onto an elevated structure that goes around Grand Central Terminal and the MetLife Building (formerly the PanAm Building), carrying each direction of traffic on opposite sides of the buildings. The bridge, one of two structures in Manhattan known as the Park Avenue Viaduct, returns to ground level at 46th Street after going through the Helmsley Building (also referred to as the New York Central Building or 230 Park Avenue). The IRT Lexington Avenue Line runs under this portion of the street. Once the line reaches Grand Central – 42nd Street, it shifts east to Lexington Avenue.

As Park Avenue enters Midtown north of Grand Central Terminal, it is distinguished by many glass-box skyscrapers that serve as headquarters for corporations such as JPMorgan Chase at 270 Park Avenue and 277 Park Avenue, UBS at 299 Park Avenue, Citigroup, Colgate-Palmolive, and MetLife at the MetLife Building. Prior to July 2010, the eleven intersections between 46th Street and 56th Street were without the city's usual pedestrian crossing signals and overhead gantry-mounted traffic lights because the railroad tunnel ceiling, which is also the street, was not thick enough for their poles' foundations. (These intersections did, however, have upright pole-mounted traffic lights prior to 2010, but there were no pedestrian signals. After 2010, standard gantry-mounted traffic lights and pedestrian "countdown" signals were installed.)

From 47th to 97th Streets, Metro-North Railroad tracks run in a tunnel underneath Park Avenue (the Park Avenue Tunnel). In the 1920s the portion of Park Avenue from Grand Central Terminal to 96th Street saw extensive apartment building construction. This long stretch of the avenue contains some of the most expensive real estate in the world. Real estate at 740 Park Avenue, for example, sells for several thousand dollars per square foot. Current and former residents in this stretch of the thoroughfare include Blackstone Group co-founder Stephen Schwarzman, former Morgan Stanley executive Zoe Cruz, private equity investor Ronald O. Perelman, John D. Rockefeller Jr., Vera Wang, and others. James Cash Penney lived at 888 and Leonard Bernstein at 898.

At 97th Street, the tracks come above ground, rising onto the other Manhattan structure known as the Park Avenue Viaduct. The first street to pass under the viaduct is 102nd Street; from there to the Harlem River the railroad viaduct runs down the middle of Park Avenue. Park Avenue in Manhattan ends north of 132nd Street, with connections to the Harlem River Drive. The avenue is continued on the other side of the river in the Bronx. In the Bronx, Park Avenue begins at East 135th Street in the Mott Haven neighborhood. The entire avenue is divided by Metro-North's own right of way in the borough. Between East 135th Street to East 173rd Street, Park Avenue is one way only in ether direction in most sections. North of East 173rd Street it is a two way avenue continuing to Fordham Plaza where it ends.

The flowers and greenery in the median of Manhattan's Park Avenue are privately maintained, by the Fund for Park Avenue. The begonia was specifically chosen by the Fund's gardeners because there is no automatic watering system and the floral variety is resilient under hot sun rays. 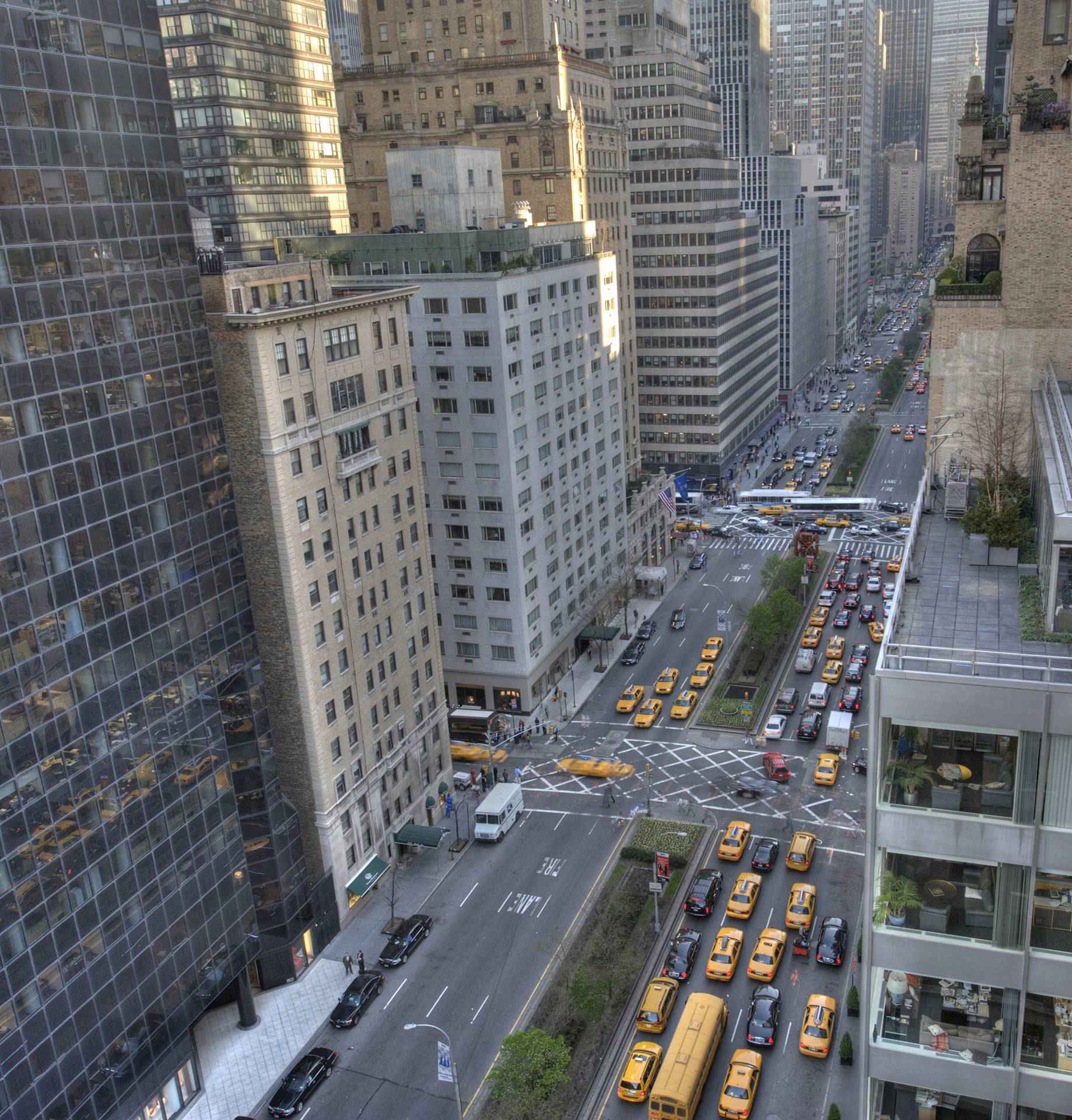