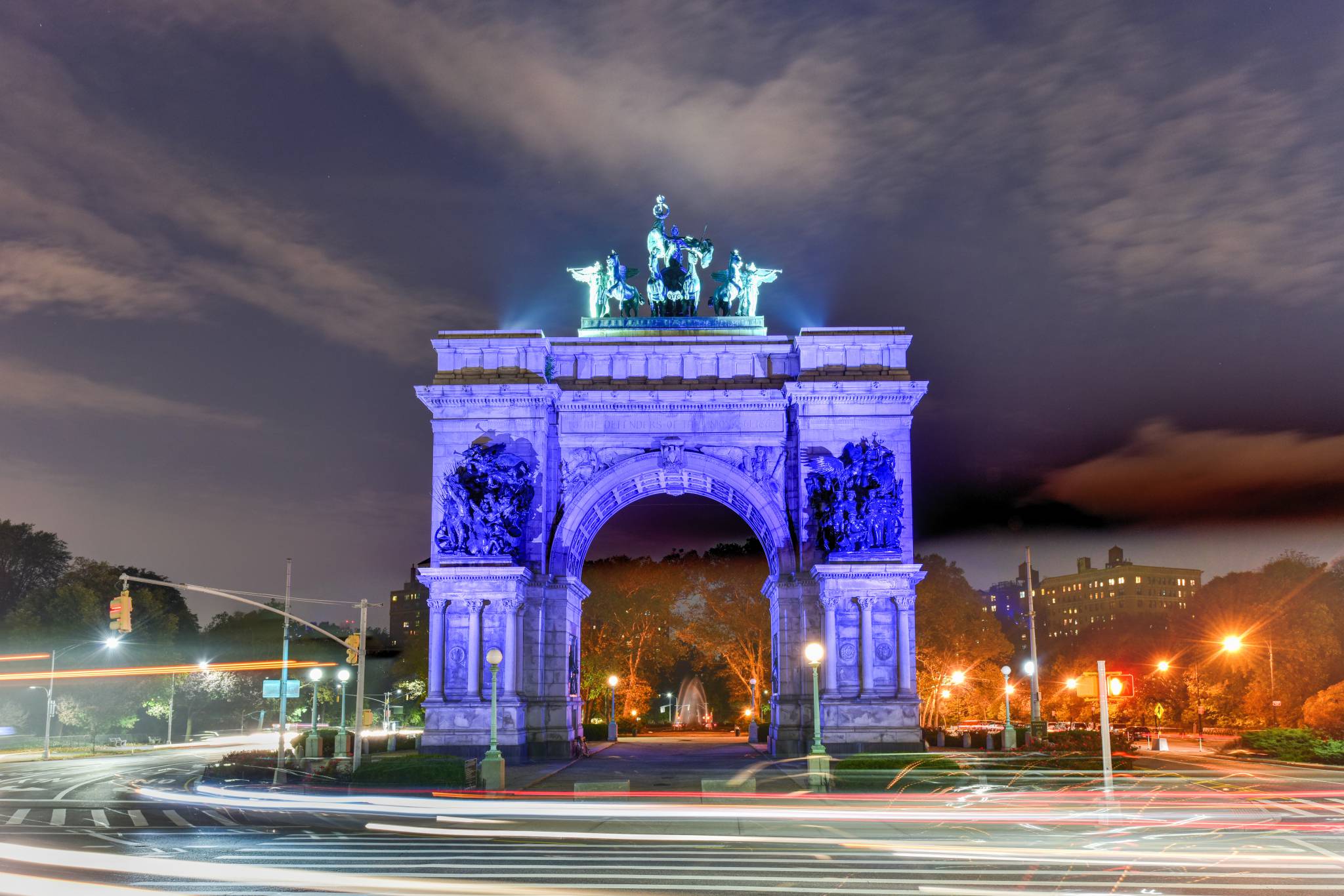 
Prospect Park is a 526-acre (213 hectare) public park in the New York City borough of Brooklyn, and the second largest public park in Brooklyn. The park is situated between the neighborhoods of Park Slope, Prospect Lefferts Gardens, Flatbush and Windsor Terrace, as well as Flatbush Avenue, Grand Army Plaza and the Brooklyn Botanic Garden. Prospect Park is run and operated by the Prospect Park Alliance and New York City Department of Parks and Recreation. It is part of the Brooklyn-Queens Greenway.

Prospect Park was designed by Frederick Law Olmsted and Calvert Vaux after their completion of Manhattan's Central Park. Main attractions of the park include the 90-acre (36 ha) Long Meadow; the Picnic House; Litchfield Villa, the pre-existing home of Edwin Clark Litchfield, an early developer of the neighborhood and a former owner of a southern section of the Park; Prospect Park Zoo; a large nature conservancy managed by the Wildlife Conservation Society; the Boathouse, housing a visitors center and the first urban Audubon Center; Brooklyn's only lake, covering 60 acres (24 ha); and the Prospect Park Bandshell that hosts free outdoor concerts in the summertime. The park also has sports facilities, including seven baseball fields in the Long Meadow, the Prospect Park Tennis Center, basketball courts, baseball fields, soccer fields, and the New York Pétanque Club in the Parade Ground. There is also a private Society of Friends cemetery on Quaker Hill near the ball fields.

The waters then cascade beneath the Binnen Bridge to the Lullwater, upon the east bank of which stands the Boathouse, the current Audubon Center & Visitor Center. It then flows under the Lullwater and Terrace bridges to the Peninsula – an area managed both as bird sanctuary and recreational field. It flows past the Wollman Rink and enters the sixty-acre (24 ha) artificially built Prospect Lake that includes several islands. Prospect Lake is home to over 20 species of fish and hosts an annual fishing contest; visitors may explore the lake in pedal boats, available at the Wollman rink, or the Independence, a replica of the original electric launch which took day-trippers around the lake a century ago.

Ice skating, popularized in Central Park, was a key reason for including Prospect Lake in the design of the park's watercourse. Prospect Lake was much larger than any lake in its New York City predecessor, but very shallow, so as to develop an ideal skating surface. In the late nineteenth and early twentieth centuries, red balls raised high on trollies signified that the ice was at least four inches thick in the Lullwater. Unfortunately, safety concerns have ended skating on the lake, perhaps forever. The venue moved to the Kate Wollman rink in 1960, and moved again to the Lakeside Center around 2010.

This trip along the watercourse demonstrates the revolutionary approach of Olmsted and Vaux in their re-creation of various types of natural water formations; not only did they plant a variety of trees, bushes and other plants, but they moved rocks, boulders and earth to simulate a variety of natural environments for the pleasure and stimulation of Brooklyn’s nineteenth century urban dwellers.