The South Street Seaport is a historic area in the New York City borough of Manhattan, centered where Fulton Street meets the East River, and adjacent to the Financial District. The Seaport is a designated historic district, and is distinct from the neighboring Financial District. It is part of Manhattan Community Board 1 in Lower Manhattan, and is bounded by the Financial District to the west, southwest, and north; the East River to the southeast; and Two Bridges to the northeast.
It features some of the oldest architecture in downtown Manhattan, and includes the largest concentration of restored early 19th-century commercial buildings in the city. This includes renovated original mercantile buildings, renovated sailing ships, the former Fulton Fish Market, and modern tourist malls featuring food, shopping, and nightlife, with a view of the Brooklyn Bridge.

Museum
Designated by Congress in 1998 as one of several museums which together make up "America's National Maritime Museum", South Street Seaport Museum sits in a 12 square-block historic district that is the site of the original port of New York City. The Museum has over 30,000 square feet (2,800 m2) of exhibition space and educational facilities. It houses exhibition galleries, a working 19th-century print shop, an archeology museum, a maritime library, a craft center, a marine life conservation lab, and the largest privately owned fleet of historic ships in the country.

Shopping mall and tourist attraction
At the Seaport a mall and tourism center, is built on Pier 17 on the East River. Visitors may choose from among many shops and a food court. Currently, Pier 17 is closed and is scheduled to reopen at either the end of 2016/ beginning of 2017. However, there are other dining and clothing boutiques opened in the area worth checking out. Decks outside on pier 15 allow views of the East River, Brooklyn Bridge, and Brooklyn Heights.

At the entrance to the Seaport is the Titanic Memorial lighthouse.

The Fulton Street/Fulton Center station complex (2 3 4 5 A C J Z N R W trains) is the closest New York City Subway station. A new subway station, provisionally called Seaport, has been proposed as part of the unfunded Phase 4 of the Second Avenue Subway. Although this station will be located only 3 blocks from the Fulton Street station, there are no plans for a free transfer between them. 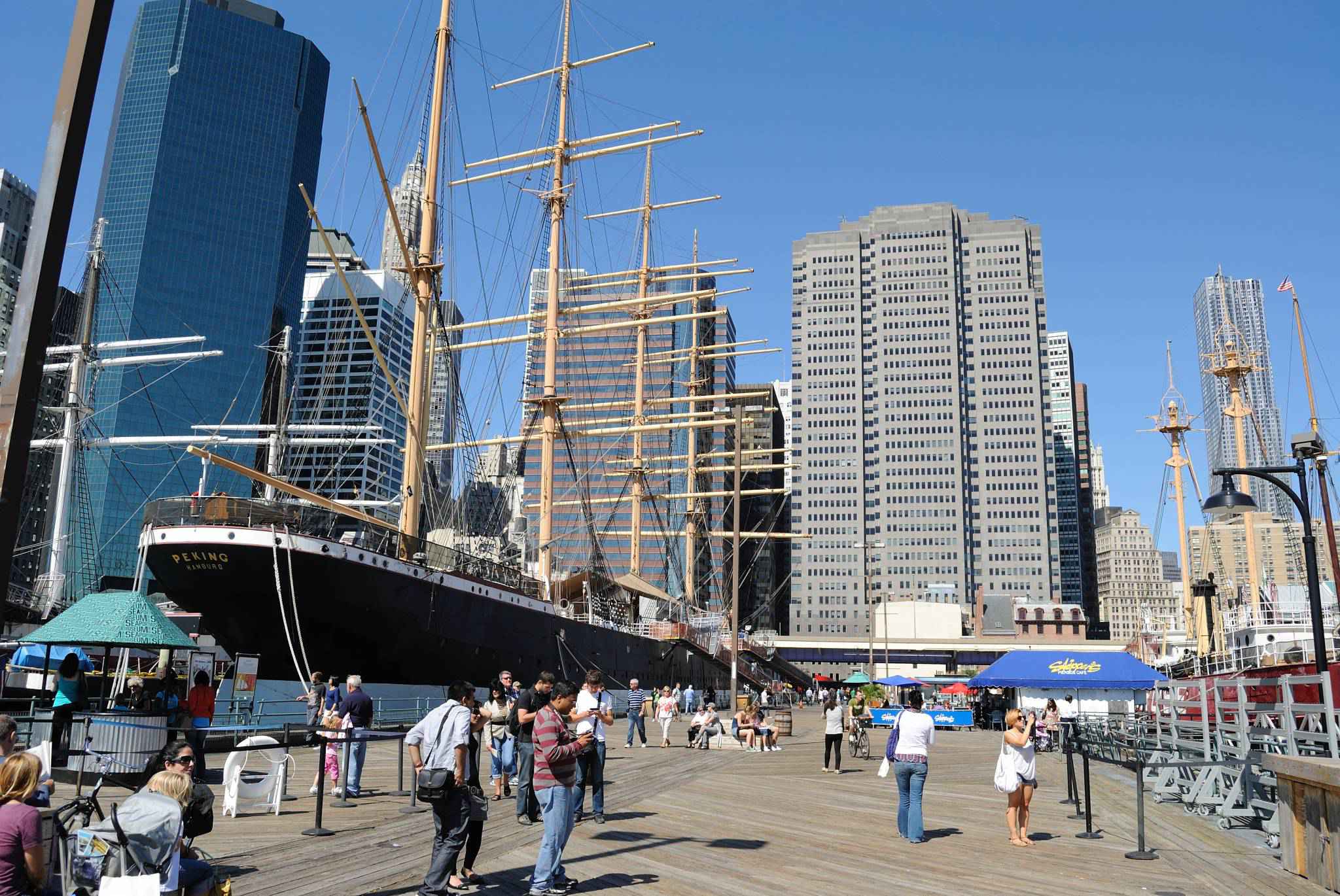