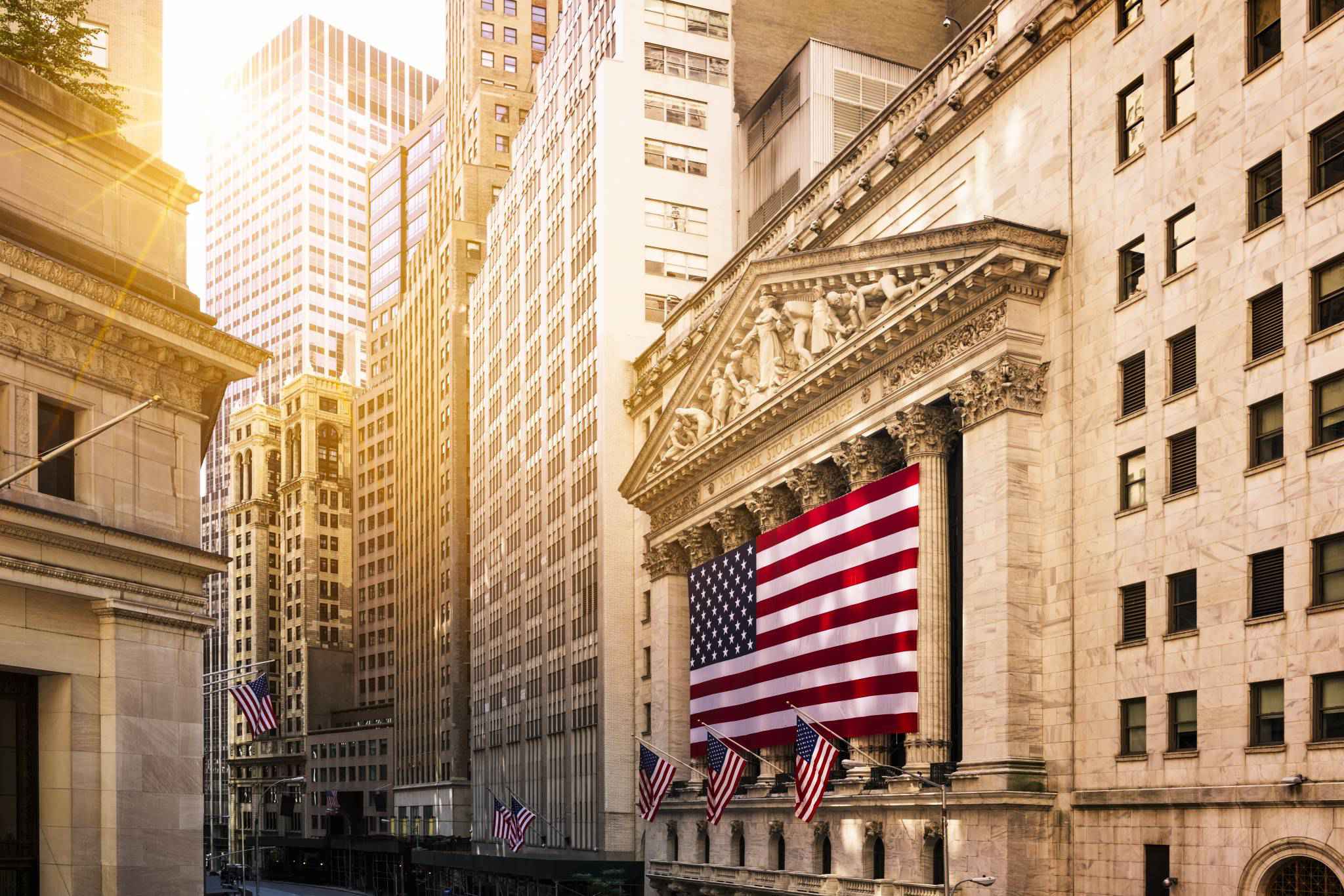 Wall Street is a 0.7-mile-long street running eight blocks, roughly northwest to southeast, from Broadway to South Street on the East River in the Financial District of Lower Manhattan, New York City. Over time, the term has become a metonym for the financial markets of the United States as a whole, the American financial sector (even if financial firms are not physically located there), or New York-based financial interests.

Anchored by Wall Street, New York City has been called both the most economically powerful city and the leading financial center of the world, and the city is home to the world's two largest stock exchanges by total market capitalization, the New York Stock Exchange and NASDAQ. Several other major exchanges have or had headquarters in the Wall Street area, including the New York Mercantile Exchange, the New York Board of Trade, and the former American Stock Exchange.

Wall Street itself and the Financial District as a whole are crowded with highrises. Further, the loss of the World Trade Center has spurred development on a scale that had not been seen in decades. In 2006, Goldman Sachs began building a tower near the former Trade Center site. Tax incentives provided by federal, state and local governments encouraged development. A new World Trade Center complex centered on Daniel Libeskind's Memory Foundations plan is under development, the centerpiece of which is the 1,776-foot (541 m) tall One World Trade Center that opened in 2014. New residential buildings are sprouting up, and buildings that were previously office space are being converted to residential units, also benefiting from tax incentives. A new Fulton Center is planned to improve access. In 2007, the Maharishi Global Financial Capital of New York opened headquarters at 70 Broad Street near the NYSE, in an effort to seek investors.

Architecture
Wall Street's architecture is generally rooted in the Gilded Age, though there are also some art deco influences in the neighborhood. The streets in the area were laid out prior to the Commissioners' Plan of 1811, a grid plan that dictates the placement of most of Manhattan's streets north of Houston Street. Thus, it has small streets "barely wide enough for a single lane of traffic are bordered on both sides by some of the tallest buildings in the city", according to one description, which creates "breathtaking artificial canyons" offering spectacular views in some instances. Construction in such narrow steep areas has resulted in occasional accidents such as a crane collapse.

Landmark buildings on Wall Street include Federal Hall National Memorial, 14 Wall Street (Bankers Trust Company Building), 40 Wall Street (The Trump Building), 55 Wall Street (the former world headquarters of Citicorp), the New York Stock Exchange at the corner of Broad Street and the US headquarters of Deutsche Bank at 60 Wall Street. The Deutsche Bank building (formerly the J.P. Morgan headquarters) makes Deutsche Bank the last remaining major investment bank to have its headquarters on Wall Street.
The older skyscrapers often were built with elaborate facade, which have not been common in corporate architecture for decades; the nearby World Trade Center, built in the 1970s, was very plain and utilitarian in comparison. Excavation from the World Trade Center was later used as landfill for Battery Park City residential developments.23 Wall Street, built in 1914, was known as the "House of Morgan" and served for decades as the bank's headquarters and, by some accounts, was viewed as an important address in American finance. Cosmetic damage from the 1920 Wall Street bombing is still visible on the Wall Street side of this building.

Tourism
Wall Street is a major location of tourism in New York City. One report described lower Manhattan as "swarming with camera-carrying tourists". Tour guides highlight places such as Trinity Church, the Federal Reserve gold vaults 80 feet below street level (worth $100 billion), and the NYSE. A Scoundrels of Wall Street Tour is a walking historical tour which includes a museum visit and discussion of various financiers "who were adept at finding ways around finance laws or loopholes through them". Occasionally artists make impromptu performances; for example, in 2010, a troupe of 22 dancers "contort their bodies and cram themselves into the nooks and crannies of the Financial District in Bodies in Urban Spaces" choreographed by Willi Donner. One chief attraction, the Federal Reserve Building in lower Manhattan, paid $750,000 to open a visitors' gallery in 1997. The New York Stock Exchange and the American Stock Exchange also spent money in the late 1990s to upgrade facilities for visitors. Attractions include the gold vault beneath the Federal Reserve and that "staring down at the trading floor was as exciting as going to the Statue of Liberty." 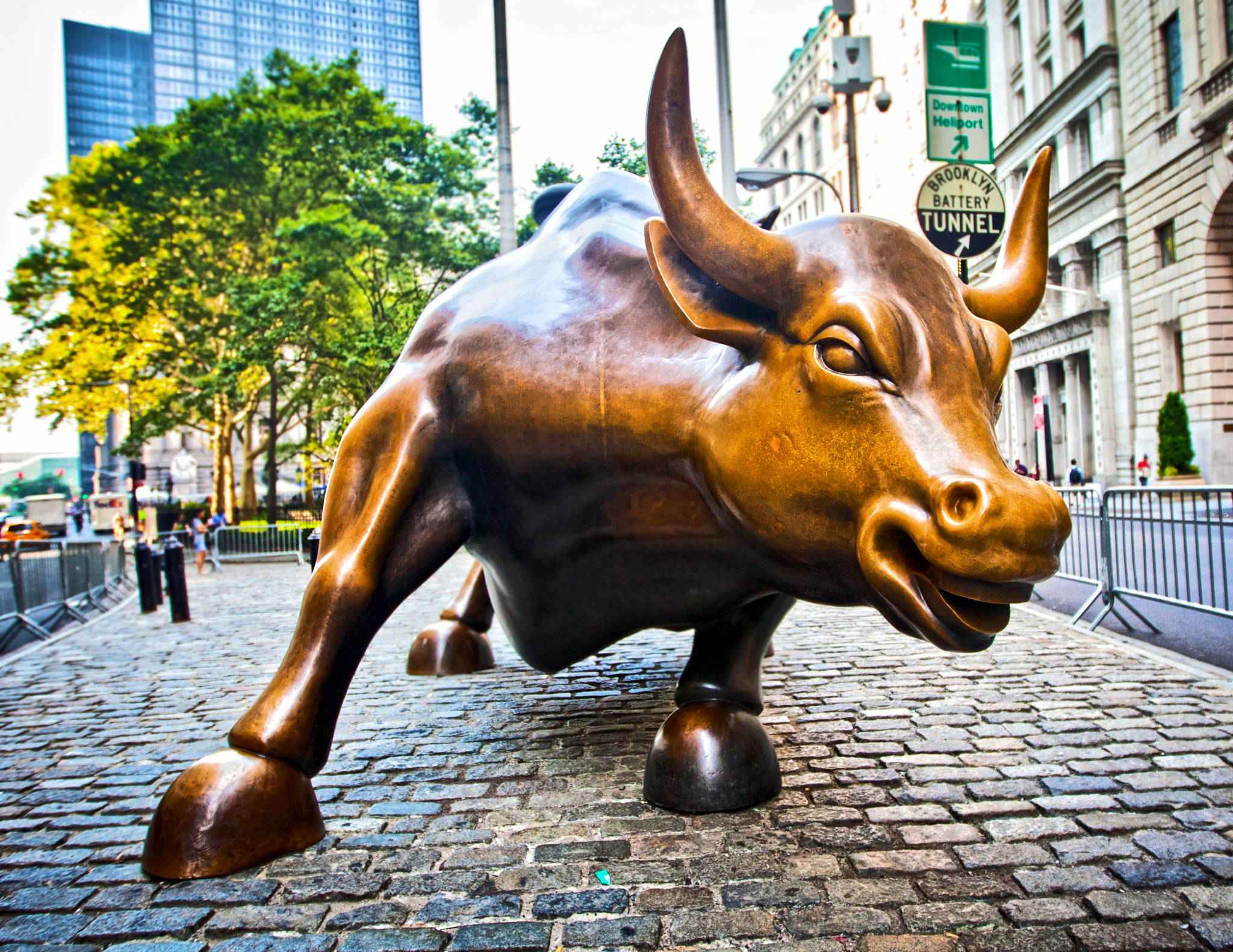