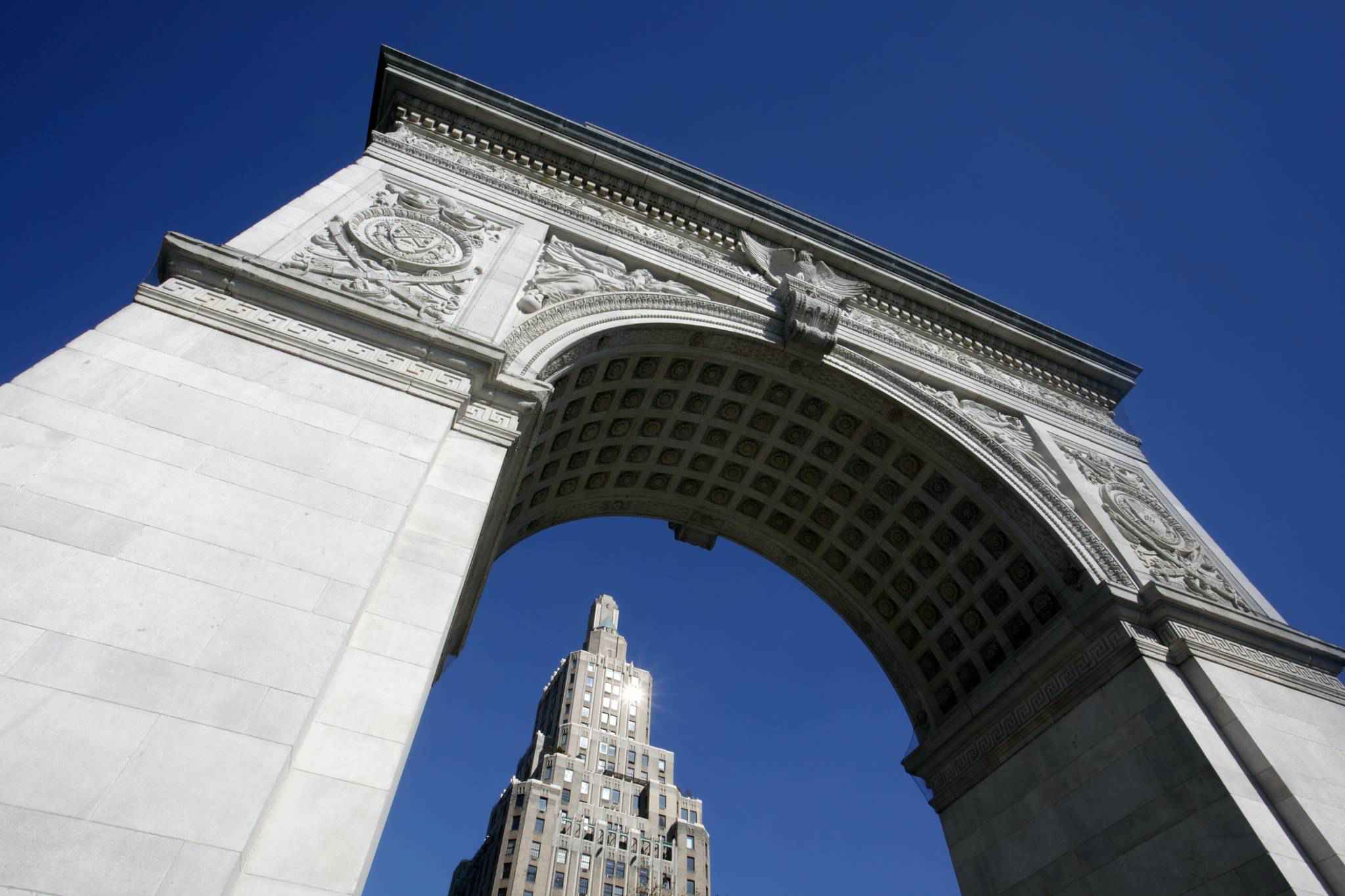 Washington Square Park is a 9.75-acre public park in the Greenwich Village neighborhood of Lower Manhattan, New York City. One of the best known of New York City's 1,900 public parks, it is a landmark as well as a meeting place and center for cultural activity. It is operated by the New York City Department of Parks and Recreation.
The Park is an open space, dominated by the Washington Square Arch at the northern gateway to the park, with a tradition of celebrating nonconformity. The Park's fountain area has long been one of the city's popular spots for residents and tourists. Most of the buildings surrounding the park now belong to New York University, but many have at one time served as homes and studios for artists. Some of the buildings have been built by NYU while others have been converted from their former uses into academic and residential buildings.

Those commemorated by statues and monuments include George Washington; Italian patriot and soldier Giuseppe Garibaldi, commander of the insurrectionist forces in Italy's struggle for unification; and Alexander Lyman Holley, a talented engineer who helped start the American steel industry after the invention of the Bessemer process for mass-producing steel. 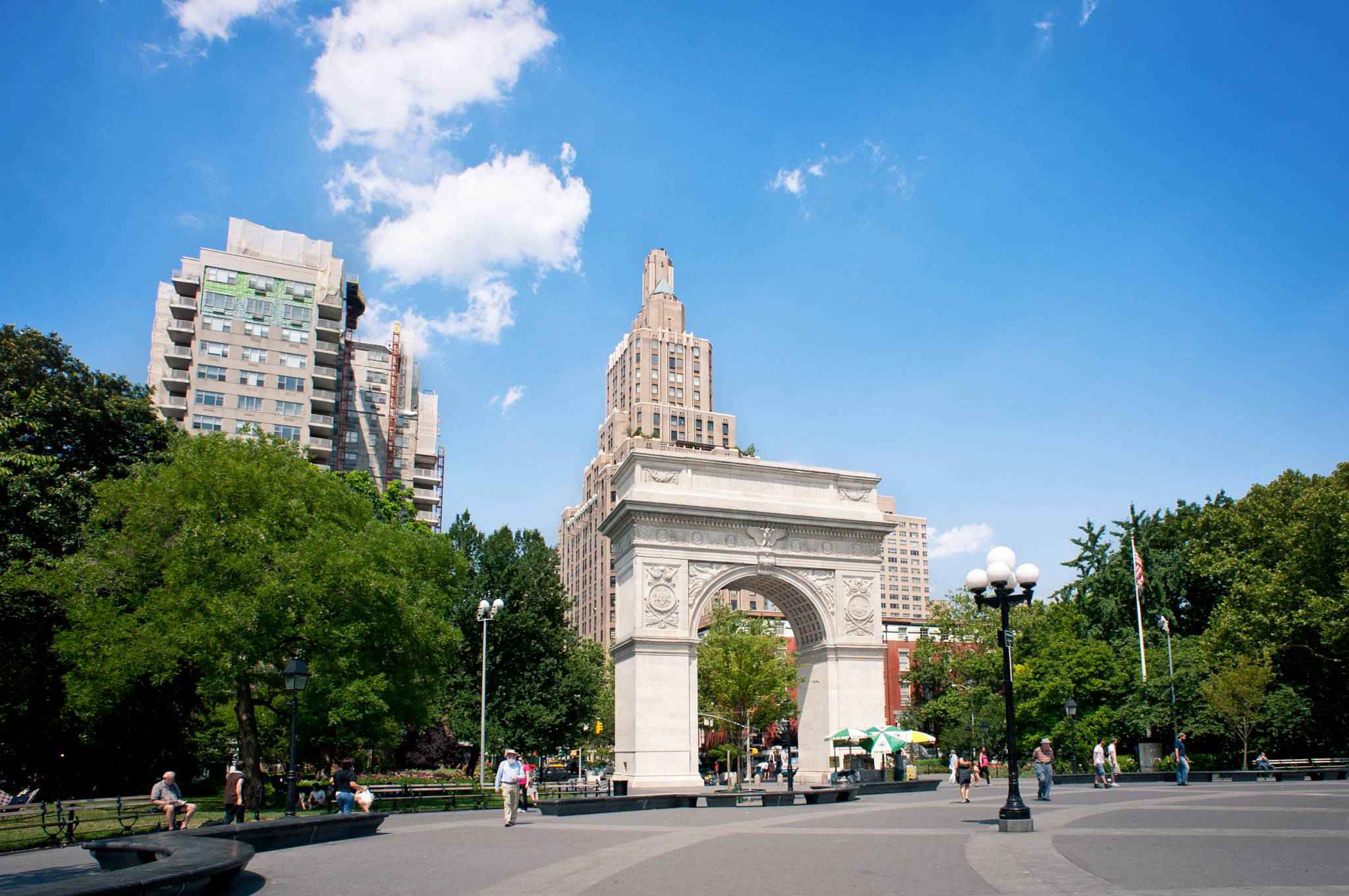