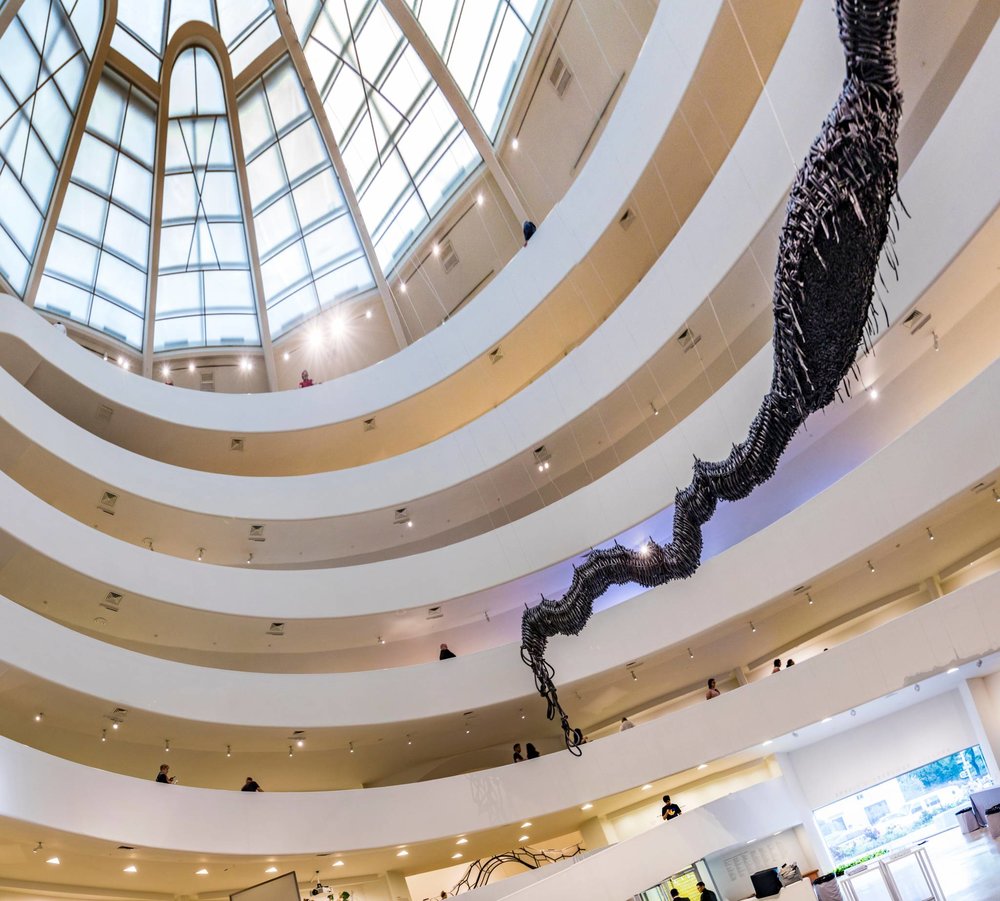 The Guggenheim Museum in New York houses works by art heavyweights such as Kandinsky, Picasso and Jackson Pollock. But the real draw is the temporary exhibitions by some of the great visionary artists of today. Not to mention the stunning conical white spiral in which these great artworks are displayed is reason enough to visit.

During Picasso's Blue Period, he famously depicted peasants, laborers, beggars and other downtrodden folks in shades of blue. Though this long-limbed, hunched woman is shown in grays and blacks, she represents that same period of gloom. It's a kind of metaphor for the poor in general, the forever oppressed.

This classic Mark Rothko piece was painted between 1952 and 1953 and features his iconic large-scale blocks of bright colors. Rothko, an American artist, is one of the central figures of the New York School, who creates his abstract pieces to illicit “basic human emotions — tragedy, ecstasy, doom, and so on,” from the audience, according to Rothko himself.

3. “The Renowned Orders Of The Night” by Anselm Kiefer

Anselm Kiefer was born in Germany just before the end of World War II, and many of his artworks explore the themes surrounding war, as well as the rise of fascism. This piece, entitled “The Renowned Orders Of The Night,” features the artist himself lying on a bed of dry, cracked earth, as if he were a corpse, under a vast starry sky. In his later artworks, Kiefer became obsessed with the night sky, and he created a few different artworks exploring its beauty. 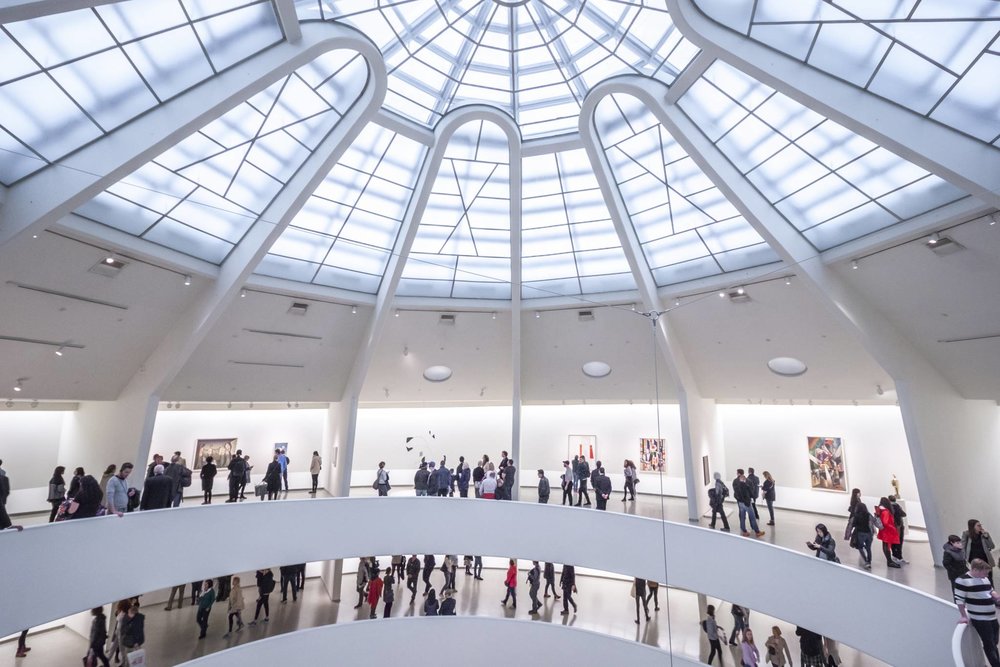 Why You Should Never Miss the Guggenheim Museum When Visiting the Big Apple | eTips Inc.