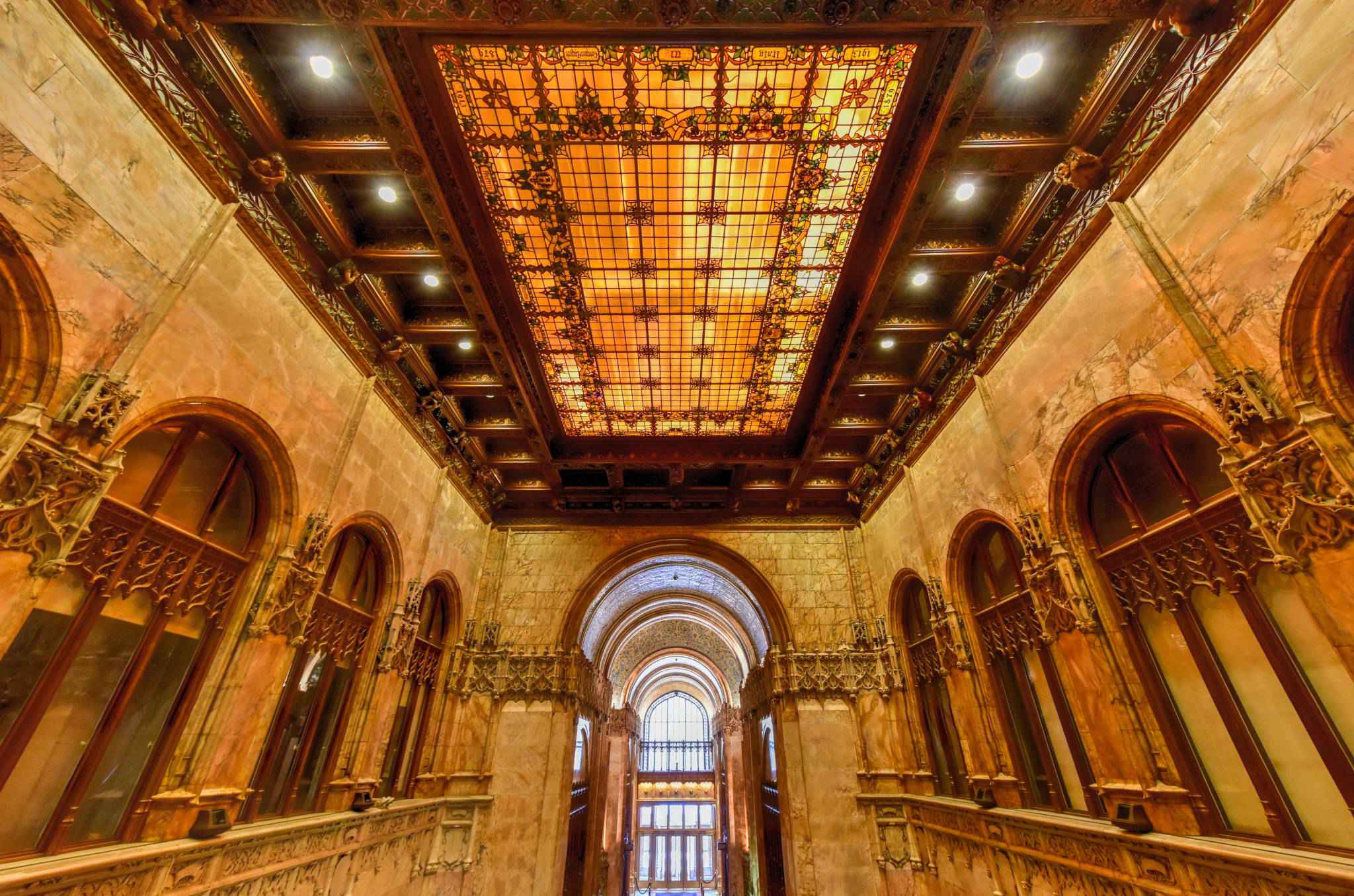 The Woolworth Building, at 233 Broadway, Manhattan, New York City, designed by architect Cass Gilbert and between 1910 and 1912, is an early US skyscraper. The original site for the building was purchased by F. W. Woolworth and his real estate agent Edward J. Hogan by April 15, 1910, from the Trenor Luther Park Estate and other owners for $1.65 million. By January 18, 1911, Woolworth and Hogan had acquired the final site for the project, totaling $4.5 million. More than a century after the start of its construction, it remains, at 241.4 meters , one of the 100 tallest buildings in the United States as well as one of the 30 tallest buildings in New York City. It has been a National Historic Landmark since 1966, and a New York City landmark since 1983.

Architecture
The Woolworth Building was designed in the neo-Gothic style by the architect Cass Gilbert, whom Frank Woolworth commissioned in 1910 to design a 20-story office building as the F. W. Woolworth Company's new corporate headquarters on Broadway, between Park Place and Barclay Street in Lower Manhattan, opposite City Hall. Originally designed to be 420 feet (130 m) high, the building was eventually elevated to 792 feet (241 m). At its opening, the Woolworth Building was 60 stories tall and had over 5,000 windows. The construction cost was US$13.5 million. With Irving National Exchange Bank Woolworth set up the Broadway-Park Place Company to finance the building, but by May 1914, had purchased all of the shares from the bank, thus owning the building outright. On completion, the Woolworth building topped the record set by the Metropolitan Life Insurance Company Tower as the world's tallest building.

Construction was completed in 1912 and the building opened on April 24, 1913. President Woodrow Wilson turned the lights on by way of a button in Washington, D.C. that evening.

Given its resemblance to European Gothic cathedrals, the structure was called "The Cathedral of Commerce" by the Reverend S. Parkes Cadman in a booklet of the same title published in 1916. It remained the tallest building in the world until the construction of 40 Wall Street and the Chrysler Building, also in New York City, in 1930; an observation deck on the 57th floor attracted visitors until 1941.

The building's tower, flush with the main frontage on Broadway, joins an office block base with a narrow interior court for light. The exterior decoration was cast in limestone-colored, glazed architectural terra-cotta panels. Strongly articulated piers, carried—without interrupting cornices—right to the pyramidal cap, give the building its upward thrust. The Gothic detailing concentrated at the highly visible crown is over scaled, able to be read from the street level several hundred feet below. 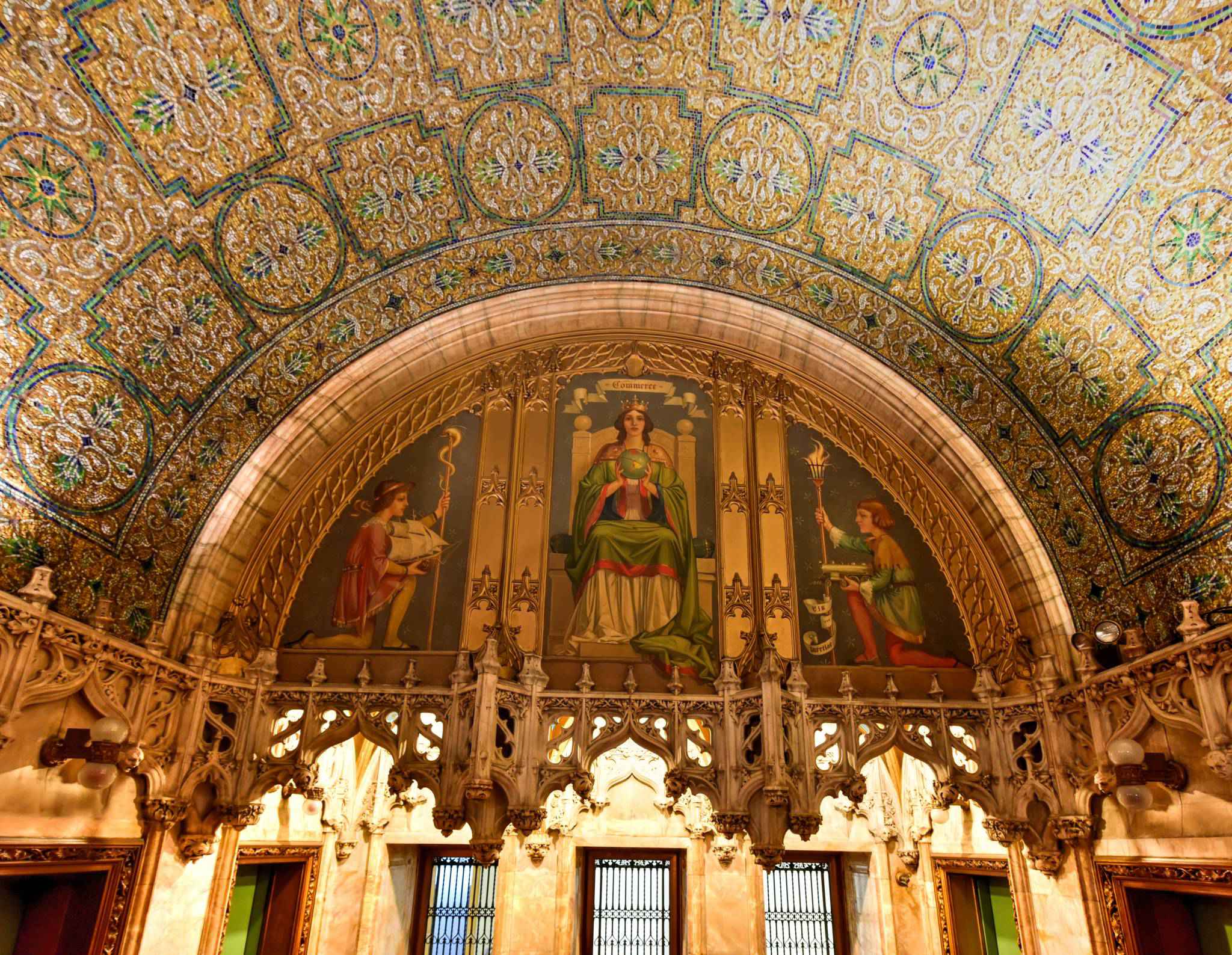