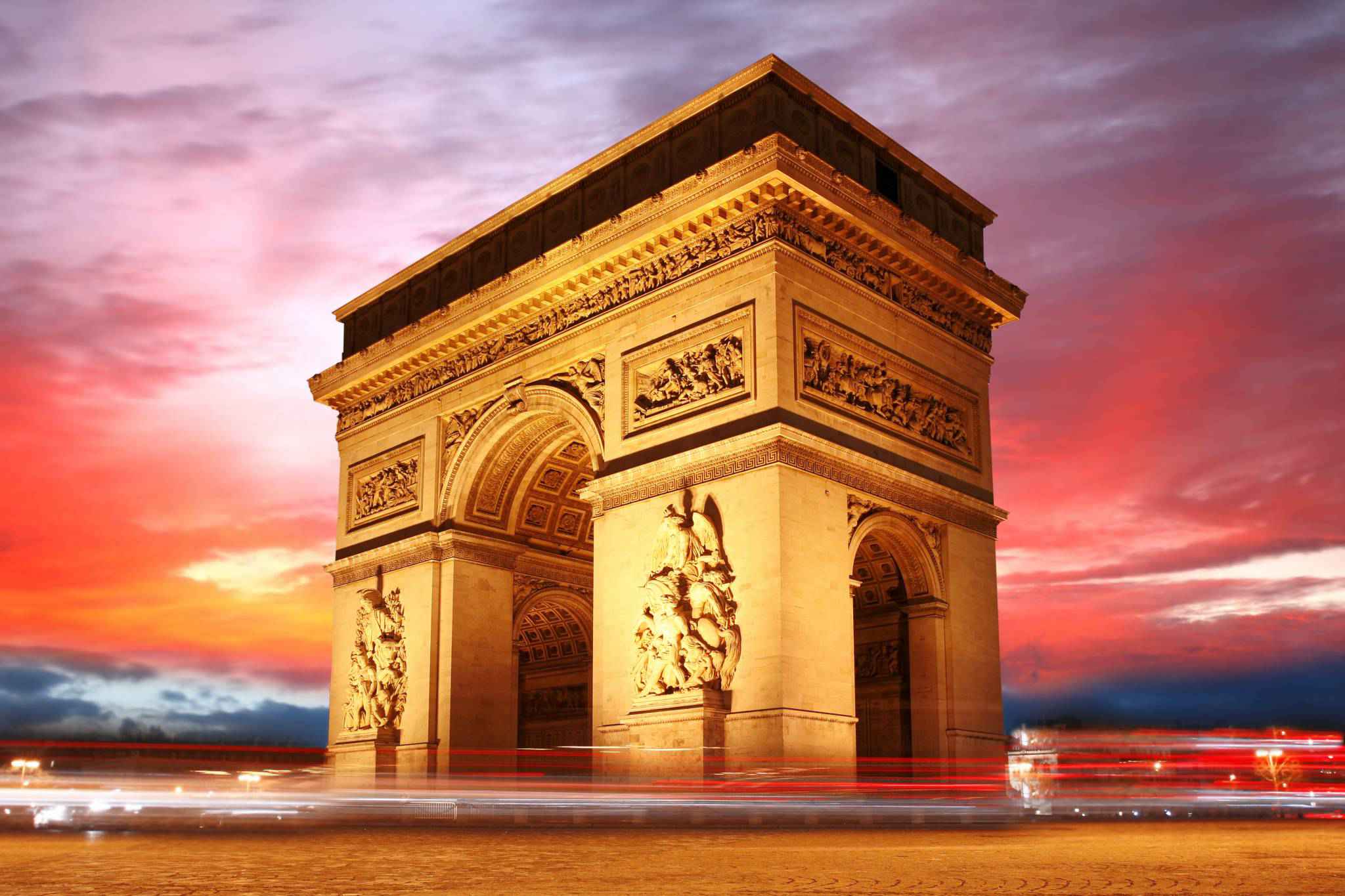 The Arc de Triomphe de l'Étoile , Triumphal Arch of the Star) is one of the most famous monuments in Paris. It stands in the centre of the Place Charles de Gaulle (originally named Place de l'Étoile), at the western end of the Champs-Élysées. It should not be confused with a smaller arch, the Arc de Triomphe du Carrousel, which stands west of the Louvre. The Arc de Triomphe honours those who fought and died for France in the French Revolutionary and the Napoleonic Wars, with the names of all French victories and generals inscribed on its inner and outer surfaces. Beneath its vault lies the Tomb of the Unknown Soldier from World War I.

The Arc de Triomphe is the linchpin of the Axe historique (historic axis) – a sequence of monuments and grand thoroughfares on a route which runs from the courtyard of the Louvre to the Grande Arche de la Défense. The monument was designed by Jean Chalgrin in 1806 and its iconographic program pits heroically nude French youths against bearded Germanic warriors in chain mail. It set the tone for public monuments with triumphant patriotic messages.