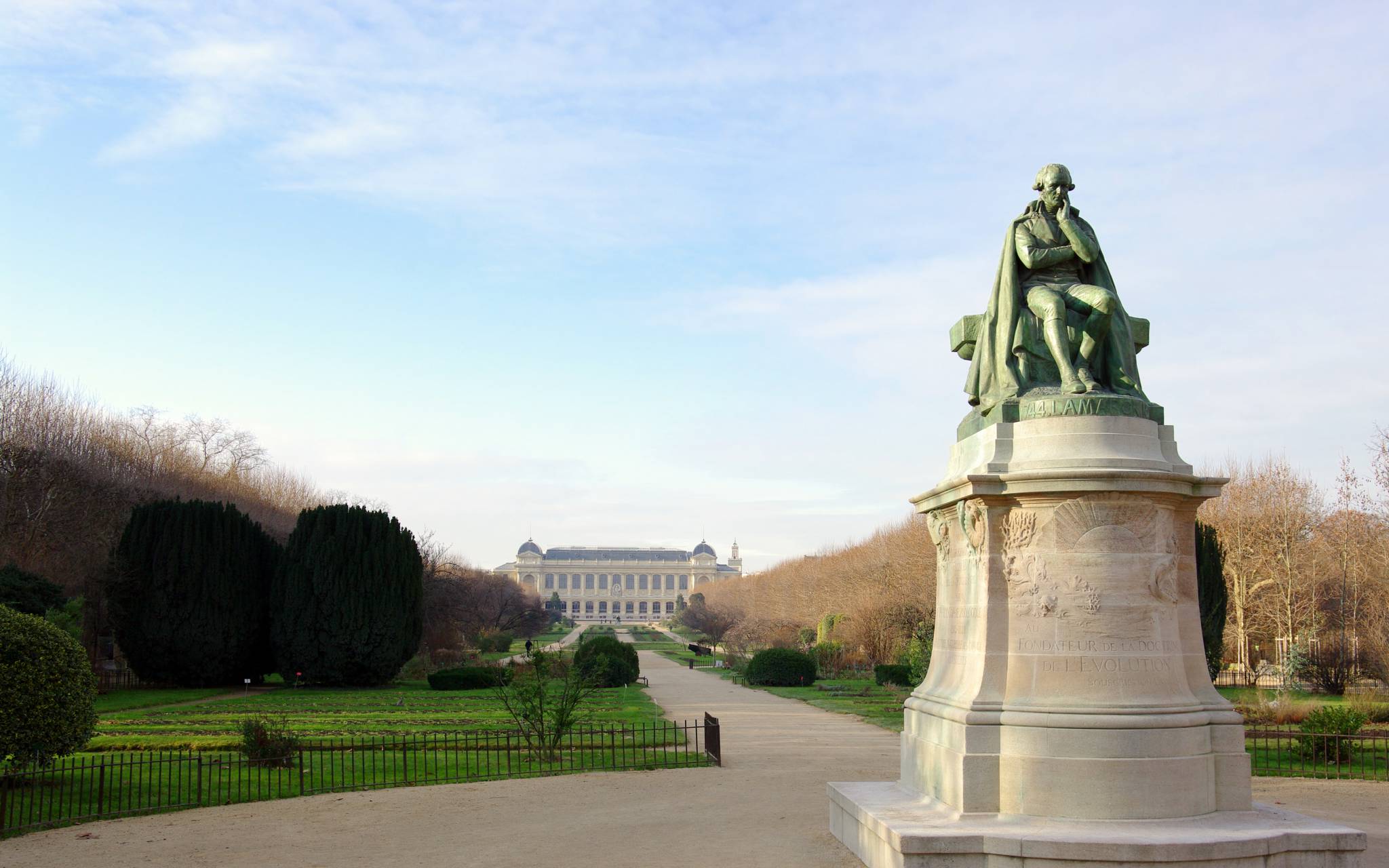 
The Jardin des plantes ('Garden of the Plants'), also known as the jardin des plantes de Paris when distinguished from other jardins des plantes in other cities, is the main botanical garden in France. The term Jardin des plantes is the official name in the present day, but it is in fact an elliptical form of Jardin royal des plantes médicinales ('Royal Garden of the Medicinal Plants', which is related to the original purpose of the garden, back in the 17th century). Headquarters of the Muséum national d'histoire naturelle (the French National Museum of Natural History), the Jardin des plantes is situated in the 5ème arrondissement, Paris, on the left bank of the river Seine, and covers 28 hectares (280,000 m²).

Since March 24, 1993, the entire garden and its contained buildings, archives, libraries, greenhouses, ménagerie (which is a zoo), works of art and specimens' collection are classified as a national historical landmark in France (labelled monument historique).

Garden plan
The grounds of the Jardin des plantes include four buildings containing exhibited specimens. These buildings are officially considered as museums following the French law (they are labelled musée de France) and the French Museum of Natural History calls them galeries (French for 'galleries'):

The galerie de Minéralogie et de Géologie ('Gallery of Mineralogy and Geology'), a mineralogy museum, built as of 1833, inaugurated in 1837.

The galerie de Paléontologie et d'Anatomie comparée ('Gallery of Paleontology and Comparative Anatomy'), a comparative anatomy museum in the ground floor and a paleontology museum in the first and second floors. The building was inaugurated in 1898.

The galerie de Botanique ('Gallery of Botany'), inaugurated in 1935 thanks to funds provided by the Rockefeller Foundation, contains botany laboratories and the French Muséum's National Herbarium (the biggest in the world with a collection of almost 8 million samples of plants). The building also contains a small permanent exhibition about botany.

In addition to the gardens and the galleries, there is also a small zoo, the ménagerie du Jardin des plantes, founded in 1795 by Bernardin de Saint-Pierre from animals of the ménagerie royale de Versailles, the menagerie at Versailles, dismantled during the French Revolution.

The Jardin des plantes maintains a botanical school, which trains botanists, constructs demonstration gardens, and exchanges seeds to maintain biotic diversity. About 4,500 plants are arranged by family on a one hectare (10,000 m²) plot. Three hectares are devoted to horticultural displays of decorative plants. An Alpine garden has 3,000 species with world-wide representation. Specialized buildings, such as a large Art Deco winter garden, and Mexican and Australian hothouses display regional plants, not native to France. The Rose Garden, created in 1990, has hundreds of species of roses and rose trees. 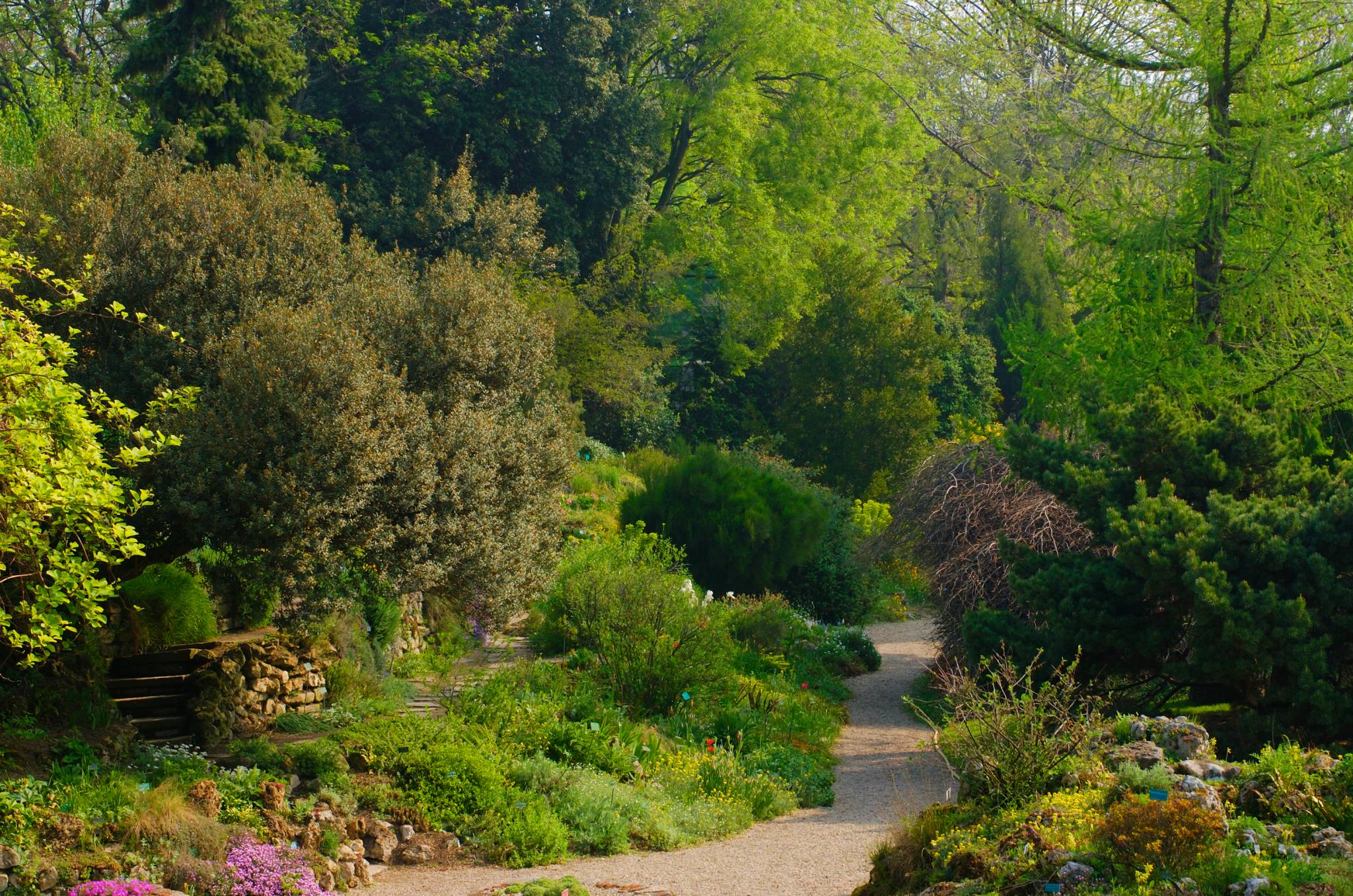