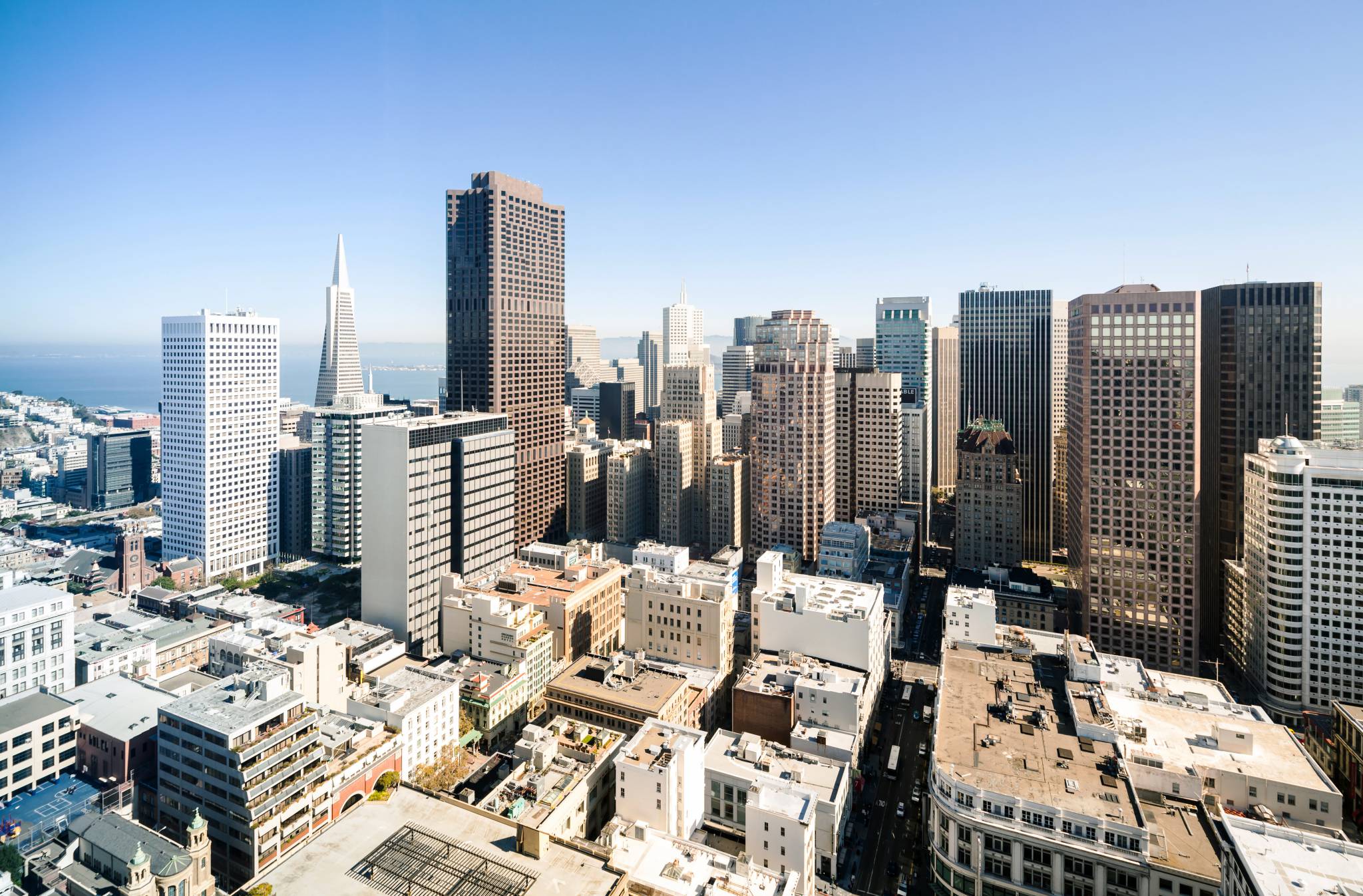 Completed in 1969, the tower was the tallest building on the West Coast and west of the Mississippi River until the completion of the Transamerica Pyramid in 1972, and the world headquarters of Bank of America until the 1998 merger with NationsBank, when the company moved its headquarters to the Bank of America Corporate Center in Charlotte, North Carolina. A 70 percent interest was acquired by Vornado Realty Trust from foreign investors in March 2007 with a 30 percent limited partnership interest still owned by Donald Trump, managed by the Vornado Realty Trust.

Background
Colloquially known as "Triple Five", 555 California Street was meant to display the wealth, power, and importance of Bank of America. Design was by Wurster, Bernardi and Emmons and Skidmore, Owings and Merrill, with architect Pietro Belluschi consulting; structural engineering was by the San Francisco firm H. J. Brunnier Associates. The skyscraper has thousands of bay windows thanks to its unique design, meant to improve the rental value and to symbolize the bay windows common in San Francisco residential real estate. The irregular cutout areas near the top of the building were designed to suggest the Sierra mountains. At the north side of the skyscraper is a broad plaza named in honor of Bank of America founder A.P. Giannini.

In the plaza the 200-ton black Swedish granite sculpture "Transcendence" by Masayuki Nagare resembles a liver but is derisively known as the "Banker's Heart". Nearly the entire block—the skyscraper, the banking hall, the plaza, the stairways, and the sidewalks—is clad in costly polished or rough carnelian granite. A restaurant, the "Carnelian Room", was on the 52nd floor. The elevator to this restaurant is one of the few publicly accessible high-speed elevators in San Francisco. The restaurant closed at midnight New Year's Eve 2009.

In 1971, 555 California Street, then just two years old, appeared at the beginning of the film Dirty Harry, where it is the roof from which Scorpio snipes a woman in the now-closed pool atop what is now the Hilton Financial District hotel on Kearny Street. The film shows panoramic views of San Francisco from the roof of the building. In 1974, 555 California Street was again used for a box-office hit, this time in Irwin Allen's blockbuster The Towering Inferno, in which the outside plaza substituted for that of the film's fictional skyscraper, the infamous Glass Tower which on the night of its dedication, catches fire. Many scenes were also filmed in the interior ground-floor lobby. The granite stairs coming up from California Street to the A.P. Giannini plaza were used for several key specific scenes including the opening dedication ceremony, the arrival of fire trucks and the final scene on the steps with the characters played by Paul Newman, Steve McQueen and Faye Dunaway. The rooftop setting of the building used in Dirty Harry was also used a decade later in the Chuck Norris film An Eye for an Eye (1981).

The southeast corner of California and Kearny is about 35 feet (11 m) above sea level, so the top of the building is over 800 feet (240 m). With the Transamerica Pyramid, 555 California Street shows the direction San Francisco's downtown was moving during the 1960s before campaigns against high-rise buildings in the 1970s and 1980s forced development to move south of Market Street. The Transamerica Pyramid is taller, but because of its top spire, 555 California has the highest habitable space.

The corner of California and Montgomery is built on landfill and the lowest level of the parking garage is below the level of the bay, so pumps, audible from the garage, keep water out. The building is built on two huge Teflon slabs meant to slide over each other in case of an earthquake, state of the art design when it was built.