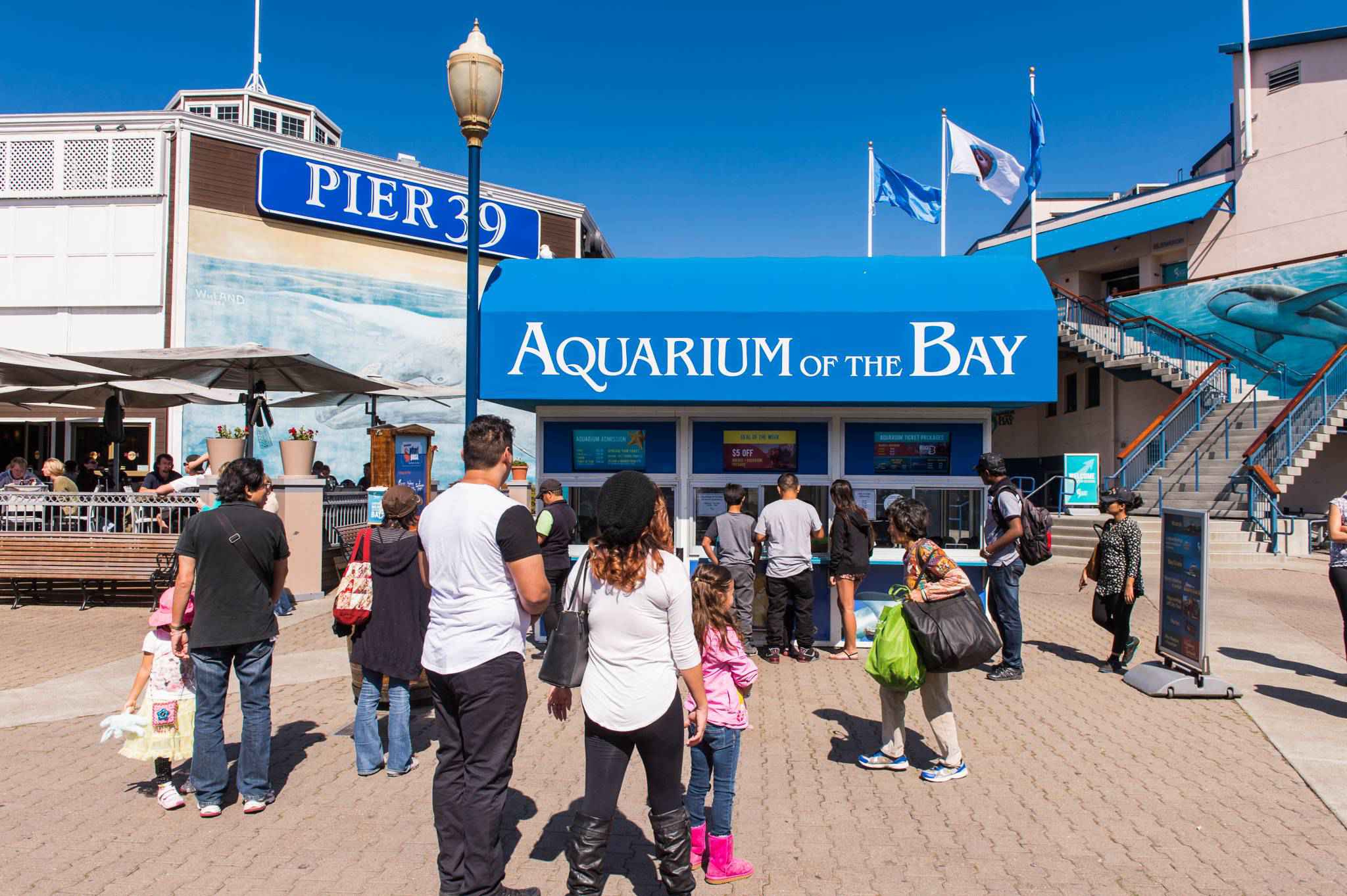 Aquarium of the Bay is a public aquarium located at Embarcadero and Beach Street, at the edge of Pier 39 in San Francisco, California. The Aquarium is focused on local aquatic animals from the San Francisco Bay and neighboring waters.

The Aquarium of the Bay is an affiliate of The Bay Institute and is an accredited member of the Association of Zoos and Aquariums.

The Aquarium also has skates, bat rays and thousands of other animals including eels, flatfish, rockfish, Wrasse, Gobies, Kelpfish, Pricklebacks, Ronquil, Sculpin and Sturgeons. When they are caught by crab fishermen and turned over to the Aquarium, giant Pacific octopus are on exhibit.

A river otter exhibit opened on June 28, 2013. Snow is placed in the otter enclosure periodically during the winter during what are called "Otter Snow Days."

Exhibits
The Aquarium is divided into three parts:
Discover the Bay
This exhibit has a variety of satellite tanks containing animals such as moray eels, Bay Pipefish (the father pipefish gives birth to their young), garibaldi (the California state marine fish), and more.

Under the Bay
This is the aquarium's largest exhibit. It includes 300 feet (91 m) of tunnels and features thousands of aquatic animals and other sea creatures. The exhibit is a recreation of the San Francisco Bay.

Enhanced access
A "behind-the-scenes" ticket is available at extra cost to tour the areas normally not available for public viewing, such as the husbandry lab, a holding tank for new animals, and the catwalk above the aquariums. The Aquarium of the Bay also offers a "Feed the Sharks" tour, allowing visitors to feed the animals on exhibit from a bucket of seafood. However, at least one volunteer diver has regularly fed the sharks by hand, as they are not considered aggressive to humans. 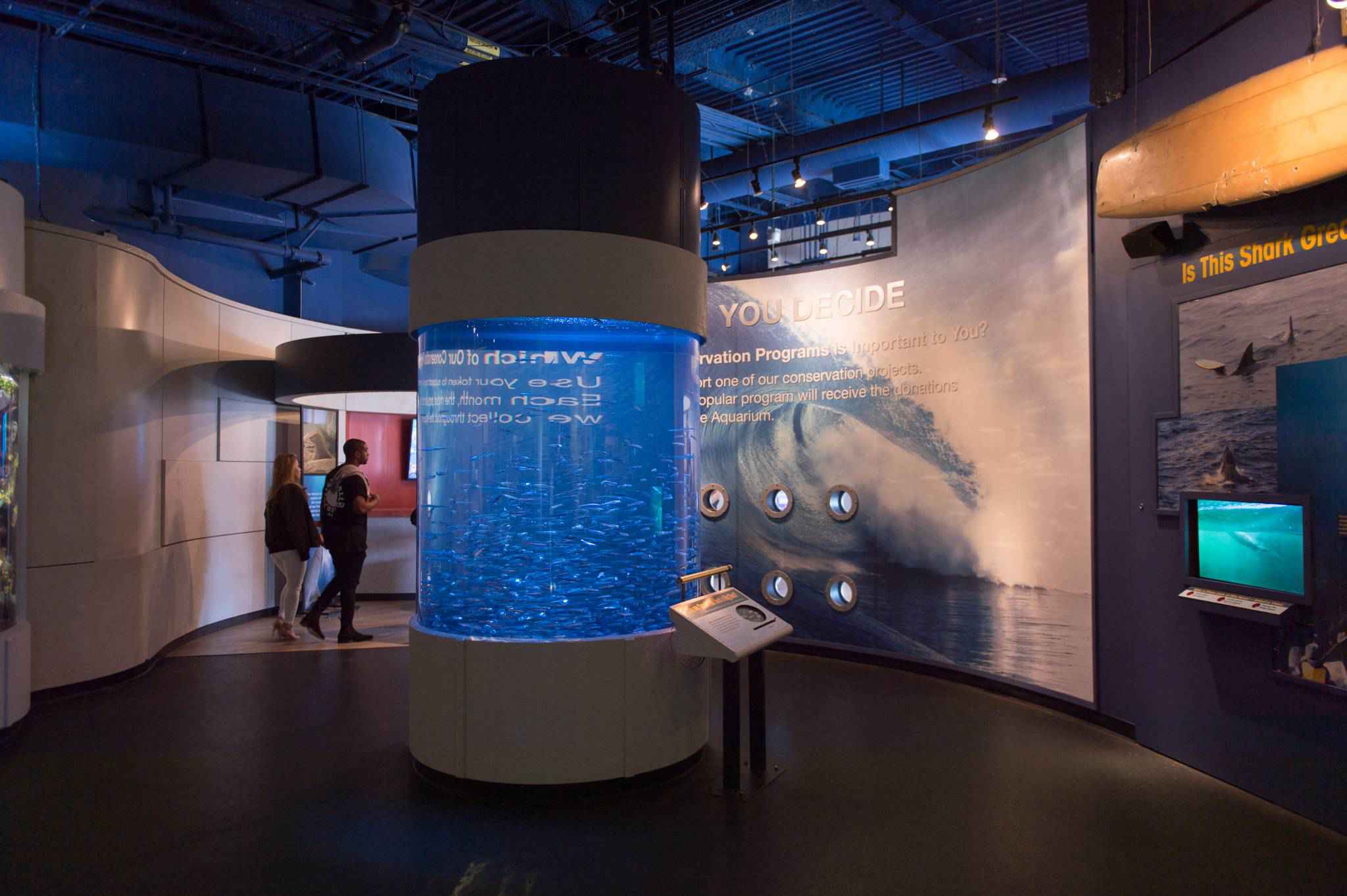 Aquarium of the Bay | eTips Inc.