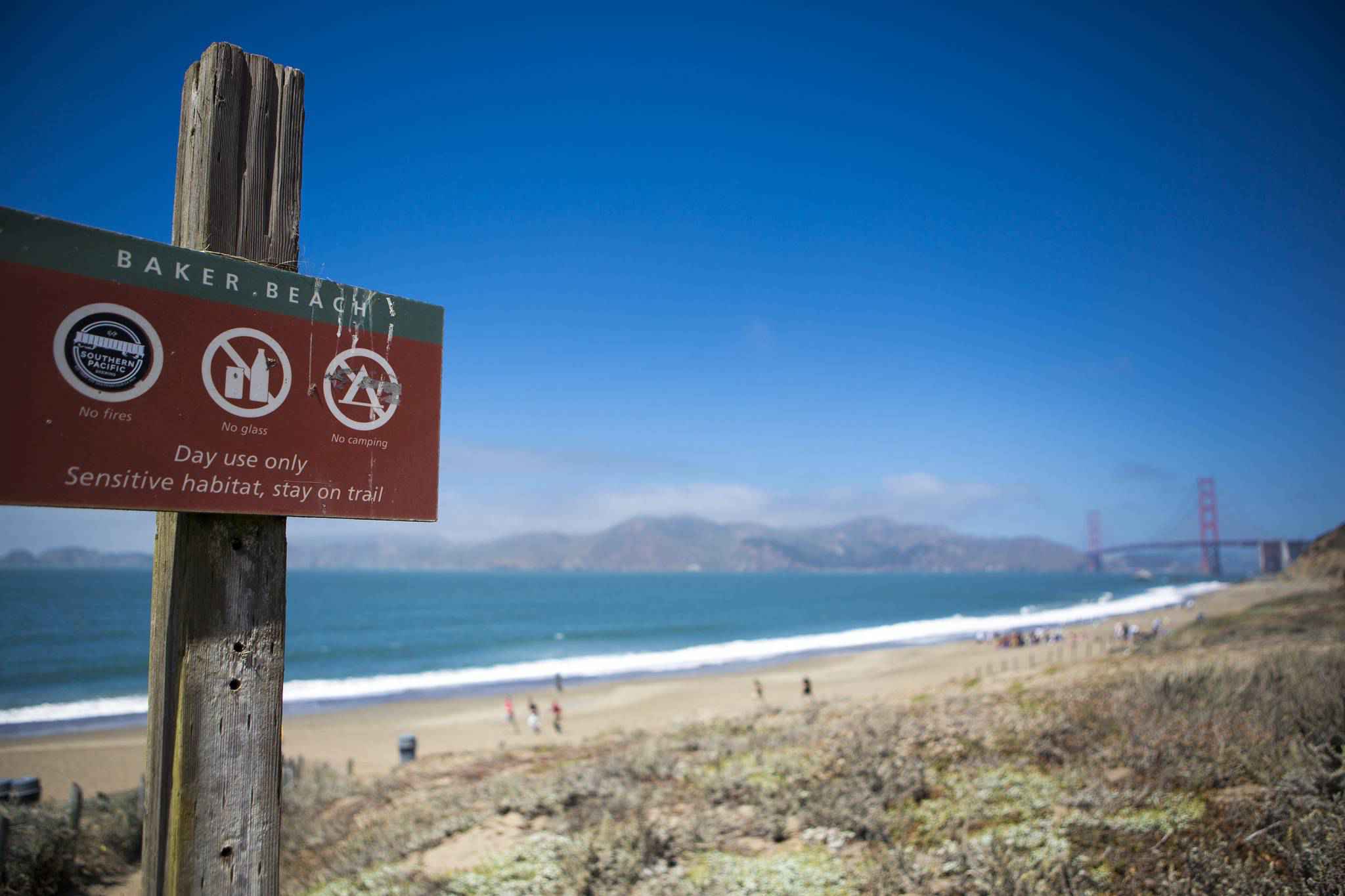 Baker Beach is a public beach on the peninsula of San Francisco, California, U.S.. The beach lies on the shore of the Pacific Ocean in the northwest of the city. It is roughly a half mile long, beginning just south of Golden Gate Point (where the Golden Gate Bridge connects with the peninsula), extending southward toward the Seacliff peninsula, the Palace of the Legion of Honor and the Sutro Baths. The northern section of Baker Beach is "frequented by clothing-optional sunbathers". As such it is considered a nude beach.

Baker Beach is part of the Presidio, which was a military base from the founding of San Francisco by the Spanish in 1812 until 1997. In 1904, it was fortified with disappearing gun installations known as Battery Chamberlin, which can still be viewed today. When the Presidio was decommissioned as a U.S. Army base, it became part of the Golden Gate National Recreation Area, which is administered by the National Park Service.

From 1986 to 1990, the north end of Baker Beach was the original site of the Burning Man art festival. In 1990, park police allowed participants to raise the traditional large statue but not to set it on fire, since the beach enforces a limit on the size of any campfires. Subsequent Burning Man events have taken place in Black Rock Desert, Nevada.
A fatal shark attack occurred on Baker Beach on May 7, 1959 when 18-year-old Albert Kogler Jr. was attacked by a great white shark while he was in water 15 feet deep. This was the only shark attack recorded on Baker Beach.

Large outcrops of serpentine cliffs occur along the Pacific coast near Baker Beach. When rising from the land surface, serpentine produces a low-calcium, high-magnesium soil that can allow for rare species of plants to develop in the vicinity. This may explain the presence of Hesperolinon congestum (the Marin Dwarf Flax, a threatened plant) in surrounding areas. 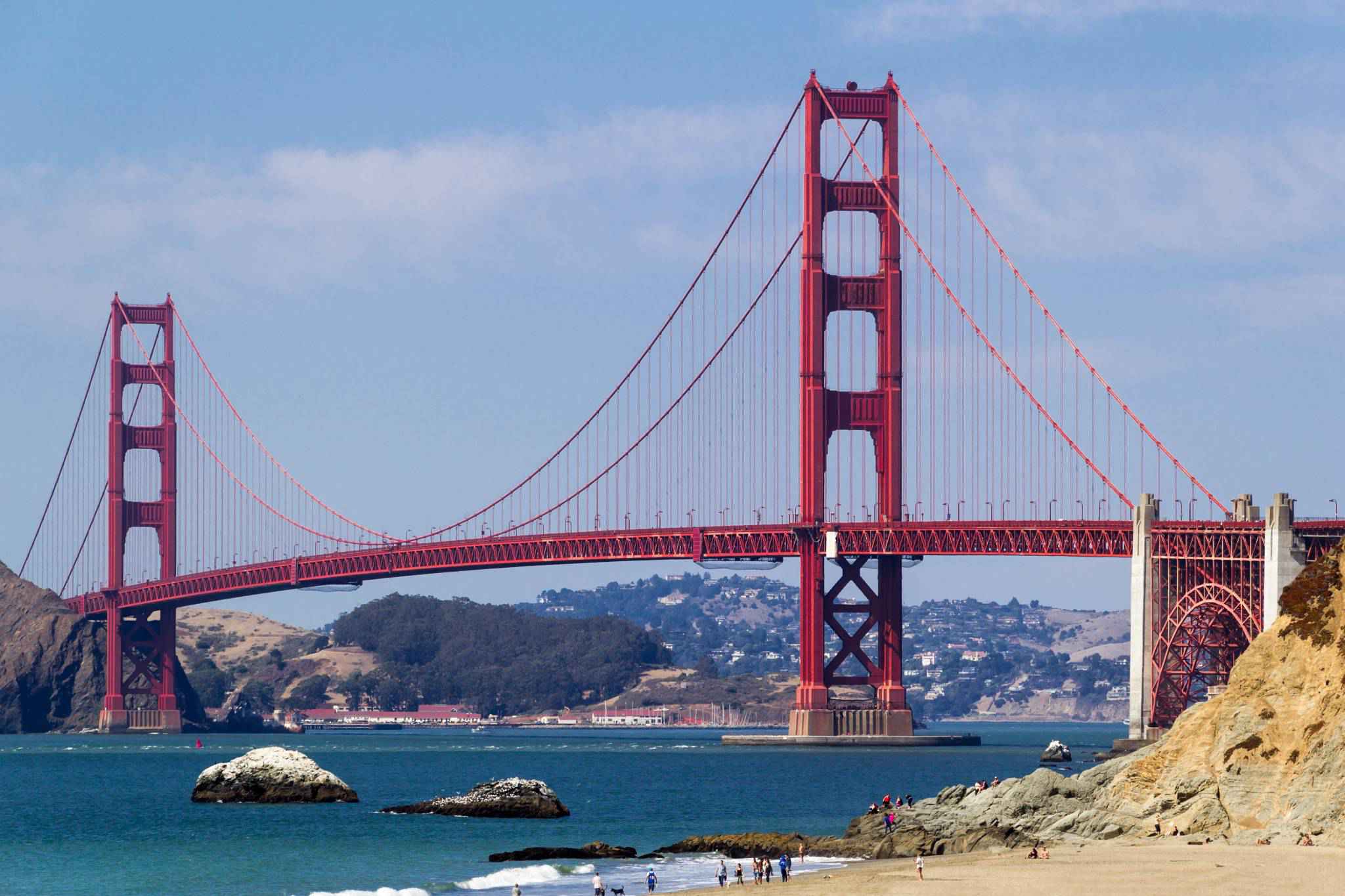