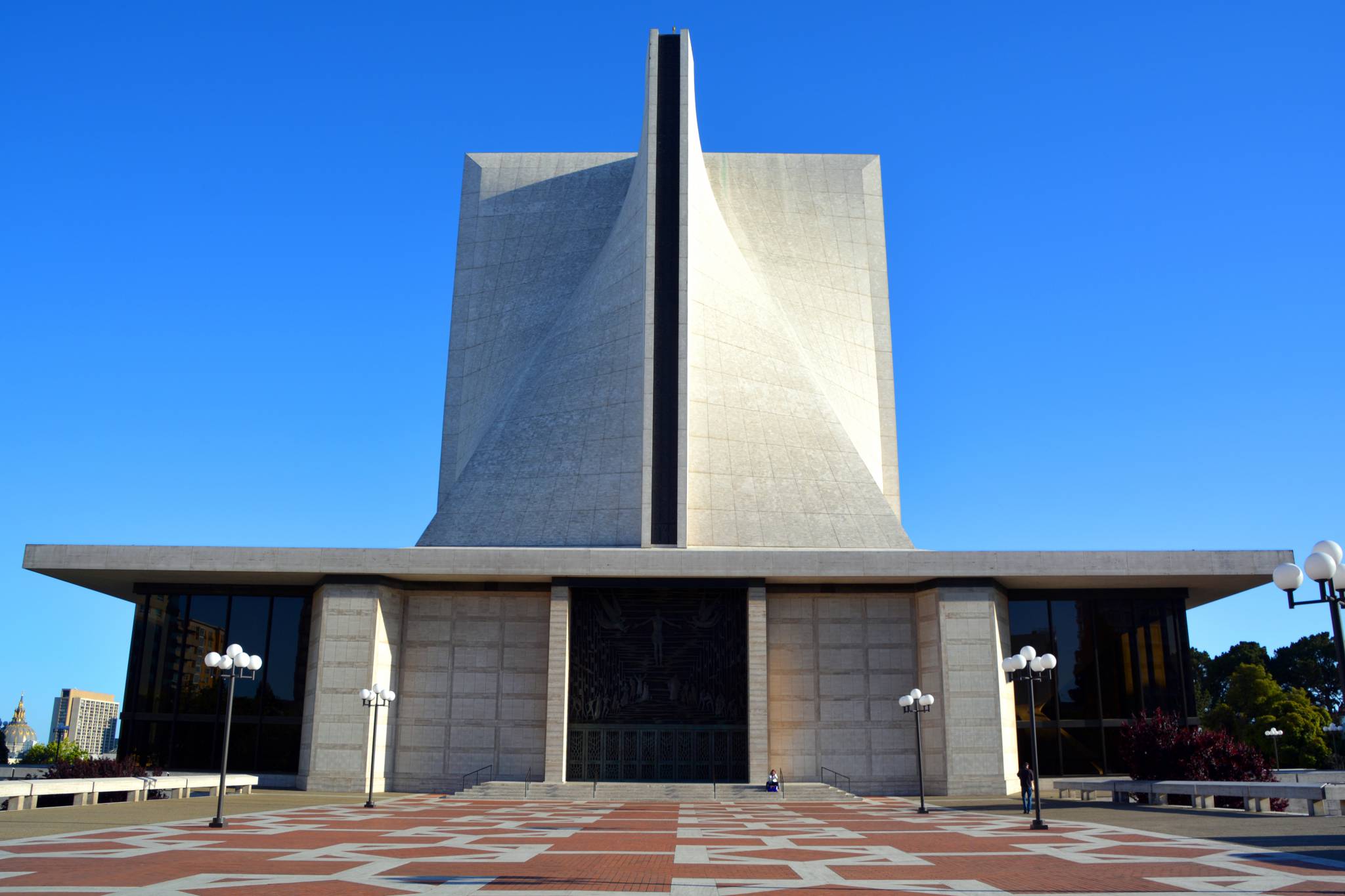 The Cathedral of Saint Mary of the Assumption, also known locally as Saint Mary's Cathedral, is the principal church of the Roman Catholic Archdiocese of San Francisco in San Francisco, California. It is the mother church of the Catholic faithful in the California counties of Marin, San Francisco and San Mateo and is the metropolitan cathedral for the Ecclesiastical province of San Francisco. The Cathedral Clergy includes Reverend Arturo Albano, Rector and Pastor, Reverend Sebastine Bula,VC, Parochial Vicar. Reverend Mr. R. Christoph Sandoval, senior Deacon and Reverend Mr. Alex Madero, Deacon.

The cathedral is located in the Cathedral Hill neighborhood of San Francisco. The present cathedral replaced one (1891-1962) of the same name. The original Cathedral of Saint Mary of the Immaculate Conception was built in 1853-1854 and still stands today. It is now known as Old Saint Mary's Church.

Second cathedral
In 1883, Archbishop Patrick W. Riordan purchased the northwest corner of Van Ness Avenue and O'Farrell Street in Western Addition. Riordan broke ground in December 1885. On May 1, 1887 the archbishop placed the cornerstone. Archbishop Riordan dedicated the edifice to Saint Mary of the Assumption on January 11, 1891. The second cathedral served the Archdiocese of San Francisco for seventy-one years. During the episcopal terms of archbishops Riordan, Edward J. Hanna and John J. Mitty. Papal Secretary of State Eugenio Cardinal Pacelli, (future Pope Pius XII) said Mass at the high altar in October 1936. On April 3, 1962, Joseph T. McGucken was installed as the fifth Archbishop of San Francisco in the cathedral on Van Ness Avenue. Five months later the landmark was destroyed by arson on the night of September 7, 1962.

Design
The cathedral was designed by local architects John Michael Lee, Paul A. Ryan and Angus McSweeney, collaborating with internationally known architects Pier Luigi Nervi and Pietro Belluschi — at the time, the Dean of the School of Architecture at MIT.

Measuring 255 feet (77.7 m) square, the cathedral soars to 190 feet (57.9 m) high and is crowned with a 55 feet (16.7 m) golden cross. Its saddle roof is composed of eight segments of hyperbolic paraboloids, in such a fashion that the bottom horizontal cross section of the roof is a square and the top cross section is a cross.

The design process was controversial. A preliminary design reminded one critic of "the effort of a camel and donkey to mate." After adding Bellushi and Nervi to the team, the situation improved, though the architects were then accused of plagiarizing the design of the St. Mary's Cathedral in Tokyo that was completed several years earlier. Over time, San Francisco's Catholics who had previously worshipped in traditional churches grew more fond of the modern design.

The building was selected in 2007 by the local chapter of the American Institute of Architects for a list of San Francisco's top 25 buildings. In 2017, Architecture Digest named it one of the 10 most beautiful churches in the United States. 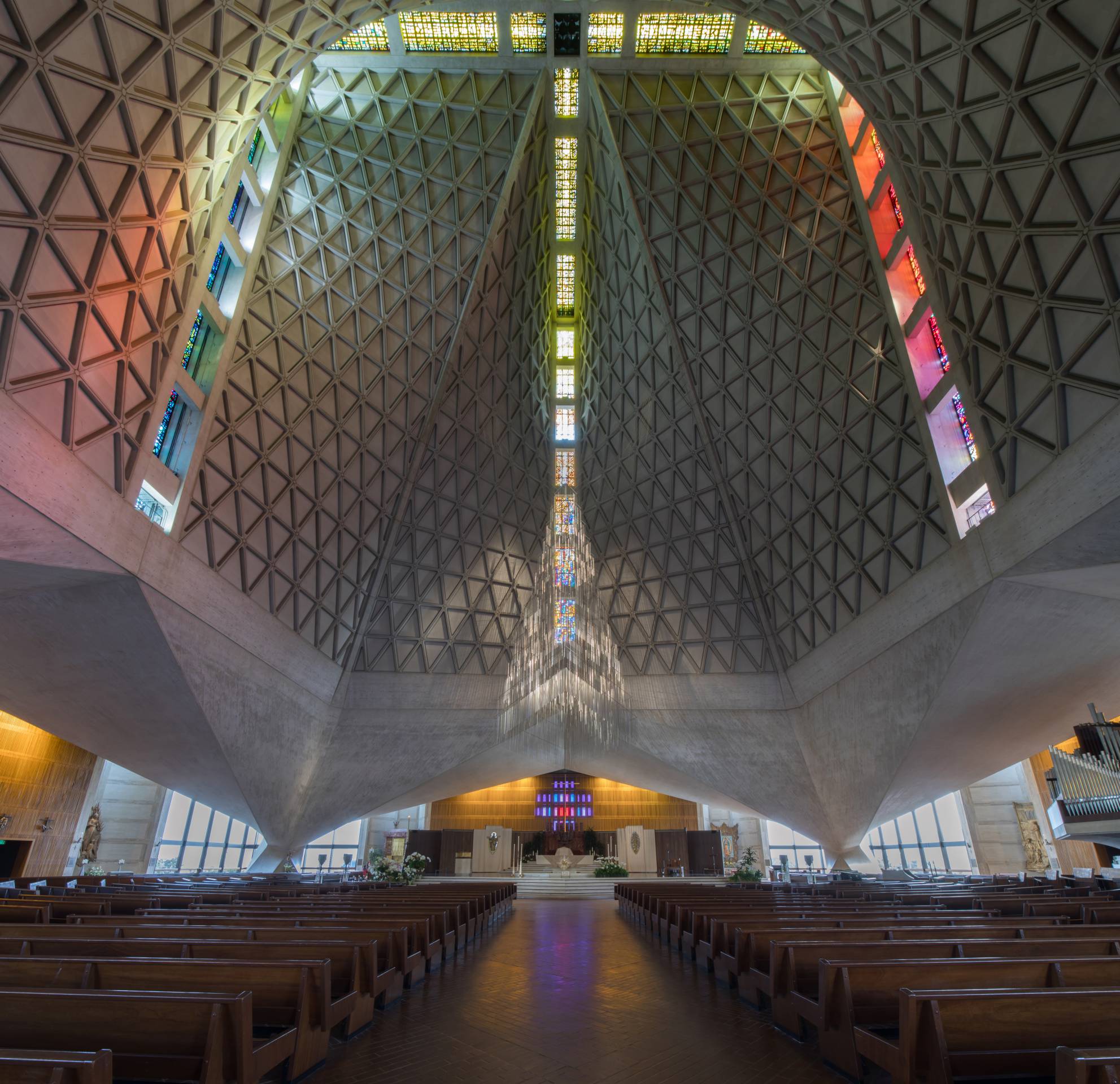 Cathedral of Saint Mary of the Assumption | eTips Inc.