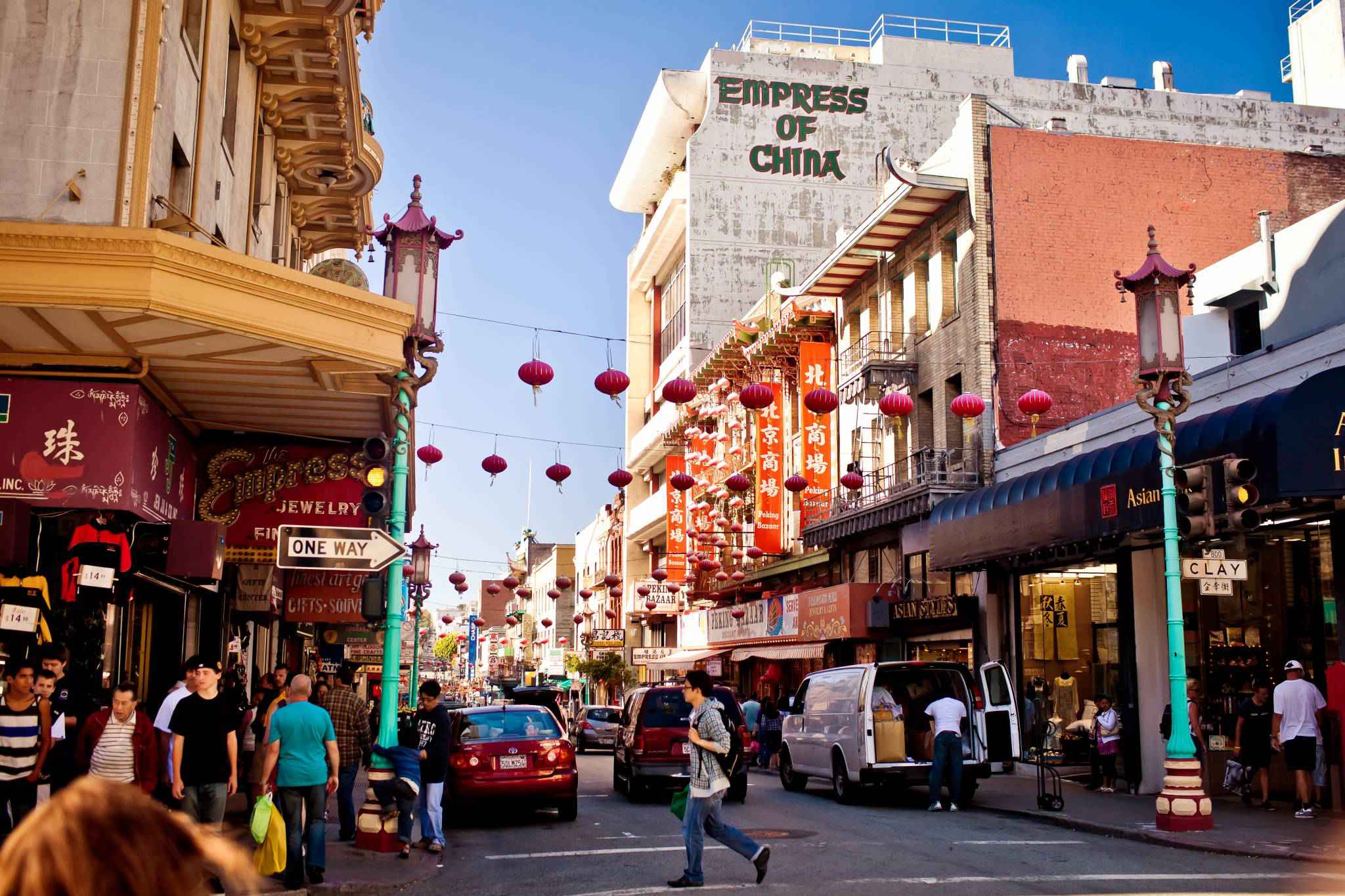 The Chinatown centered on Grant Avenue and Stockton Street in San Francisco, California, is the oldest Chinatown in North America and the largest Chinese community outside Asia. It is the oldest of the four notable Chinatowns in the city. Since its establishment in 1848, it has been highly important and influential in the history and culture of ethnic Chinese immigrants in North America. Chinatown is an enclave that continues to retain its own customs, languages, places of worship, social clubs, and identity. There are two hospitals, numerous parks and squares, a post office, and other infrastructure. While recent immigrants and the elderly choose to live in here because of the availability of affordable housing and their familiarity with the culture, the place is also a major tourist attraction, drawing more visitors annually than the Golden Gate Bridge.

Geography and location
Chinatown has been traditionally defined by the neighborhoods of North Beach, and Telegraph Hill areas as bound by Bush Street, Taylor Street, Bay Street, and the water. Officially, Chinatown is located in downtown San Francisco, covers 24 square blocks, and overlaps two postal ZIP codes (94108 and 94133). It is within an area of roughly a half mile long by a quarter mile wide with the current boundaries being Kearney Street in the east, Broadway in the north, Powell Street in the west, and Bush Street in the south.

Within Chinatown there are two major thoroughfares. One is Grant Avenue (都板街), with the Dragon Gate ("Chinatown Gate" on some maps) at the intersection of Bush Street and Grant Avenue; St. Mary's Square with a statue of Dr. Sun Yat-Sen by Benjamin Bufano; a war memorial to Chinese war veterans; and stores, restaurants and mini-malls that cater mainly to tourists. The other, Stockton Street (市德頓街), is frequented less often by tourists, and it presents an authentic Chinese look and feel reminiscent of Hong Kong, with its produce and fish markets, stores, and restaurants. It is dominated by mixed-use buildings that are three to four stories high, with shops on the ground floor and residential apartments upstairs.

A major focal point in Chinatown is Portsmouth Square. Since it is one of the few open spaces in Chinatown and sits above a large underground parking lot, Portsmouth Square bustles with activity such as T'ai Chi and old men playing Chinese chess. A replica of the Goddess of Democracy used in the Tiananmen Square protest was built in 1999 by Thomas Marsh and stands in the square. It is made of bronze and weighs approximately 600 lb (270 kg).

San Francisco's Chinatown is home to the Chinese Consolidated Benevolent Association (known as the Chinese Six Companies), which is the umbrella organization for local Chinese family and regional associations in Chinatown. It has spawned lodges in other Chinatowns in the late 19th and early 20th centuries, including Chinatown, Los Angeles and Chinatown, Portland.

The Chinese Culture Center is a community based non-profit organization located on the third floor of a Holiday Inn. The Center promotes exhibitions about Chinese life in the United States and organizes tours of the area. The Chinese Historical Society of America is located on Clay. 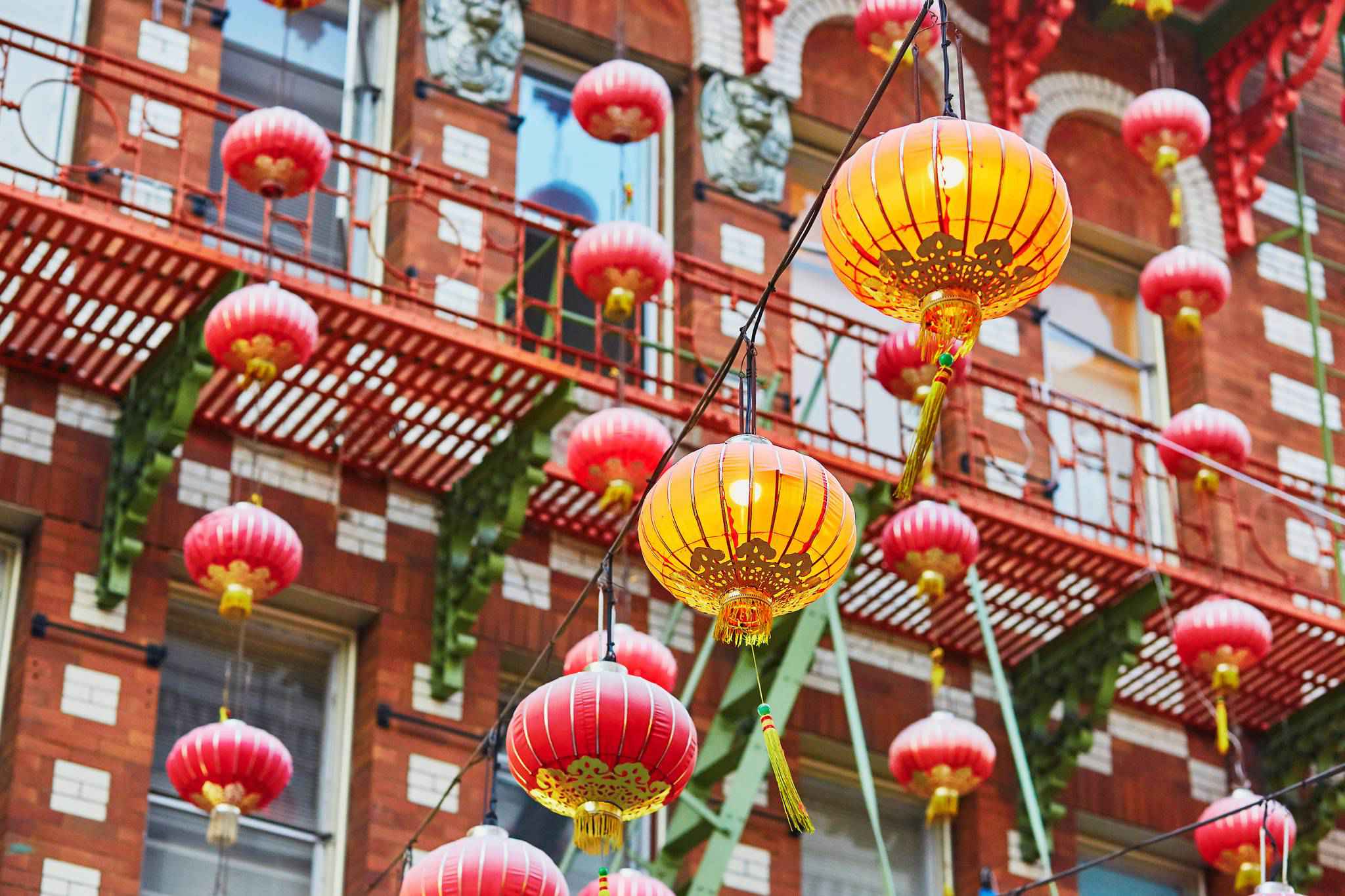