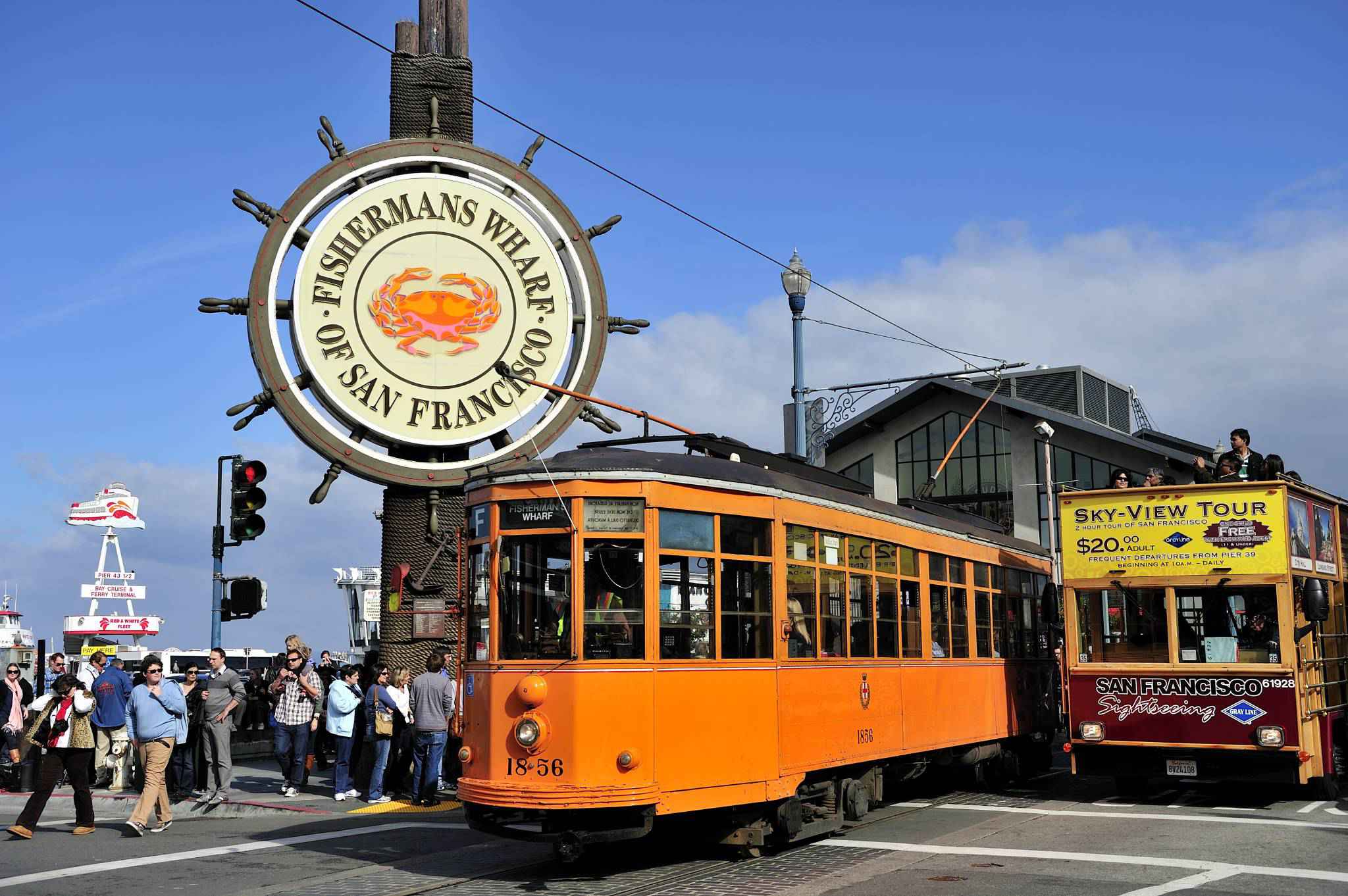 Fisherman's Wharf is a neighborhood and popular tourist attraction in San Francisco, California. It roughly encompasses the northern waterfront area of San Francisco from Ghirardelli Square or Van Ness Avenue east to Pier 35 or Kearny Street. The F Market streetcar runs through the area, the Powell-Hyde cable car lines runs to Aquatic Park, at the edge of Fisherman's Wharf, and the Powell-Mason cable car line runs a few blocks away.

San Francisco's Fisherman's Wharf gets its name and neighborhood characteristics from the city's early days of the mid to later 1800s when Italian immigrant fishermen came to the city by the bay to take advantage of the influx of population due to the gold rush. One, Achille Paladini, found success wholesaling local fish as owner of the Paladini Fish Company, and came to be known as the "Fish King". Most of the Italian immigrant fishermen settled in the North Beach area close to the wharf and fished for the local delicacies and the now famed Dungeness crab. From then until the present day it remained the home base of San Francisco's fishing fleet. Despite its redevelopment into a tourist attraction during the 1970s and 1980s, the area is still home to many active fishermen and their fleets.

In 2010, a $15,000,000 development plan was proposed by city officials hoping to revitalize its appearance for tourists, and to reverse the area's downward trend in popularity among San Francisco residents, who have shunned the locale over the years.

Attractions and characteristics
One of the busiest and well known tourist attractions in the western United States, Fisherman's Wharf is best known for being the location of Pier 39, the Cannery Shopping Center, Ghirardelli Square, a Ripley's Believe it or Not museum, the Musée Mécanique, Wax Museum at Fisherman's Wharf, and the San Francisco Maritime National Historical Park.

Seafood restaurants are aplenty in the area. Some include the floating Forbes Island restaurant at Pier 39 to stands that serve fresh seafood, most notably Dungeness crab and clam chowder served in a sourdough bread bowl. Some of the restaurants, including Fishermen's Grotto, Pompei's Grotto and Alioto's, go back for three generations of the same family ownership. Other restaurants include chains like Joe's Crab Shack and Bubba Gump Shrimp Co. The area also has an In-N-Out Burger; local business leaders said they opposed every other fast food chain except In-N-Out, because they wanted to maintain the flavor of family-owned, decades-old businesses in the area, with one saying locals would ordinarily "be up in arms about a fast-food operation coming to Fisherman's Wharf," but the family-owned In-N-Out "is different."

Other attractions in Fisherman's Wharf area are the Hyde Street Pier , the USS Pampanito, a decommissioned World War II era submarine, and the Balclutha, a 19th-century cargo ship. Nearby Pier 45 has a chapel in memory of the "Lost Fishermen" of San Francisco and Northern California.

There is a sea lion colony next to Pier 39. They "took-up" residence months before the Loma Prieta earthquake in 1989. The sea lions lie on wooden docks that were originally used for docking boats.

Fisherman's Wharf plays host to many San Francisco events, including a world-class fireworks display for Fourth of July, and some of the best views of the Fleet Week air shows featuring The Blue Angels.

One of the city's most popular figures is a harmless but controversial resident of Fisherman's Wharf called the World Famous Bushman, a local street performer who sits behind some branches and startles people who walk by. He has been a permanent entertainer in the Fisherman's Wharf area for the past 30 years and has gained a fair amount of notoriety among the locals and tourists that have been warned about him. 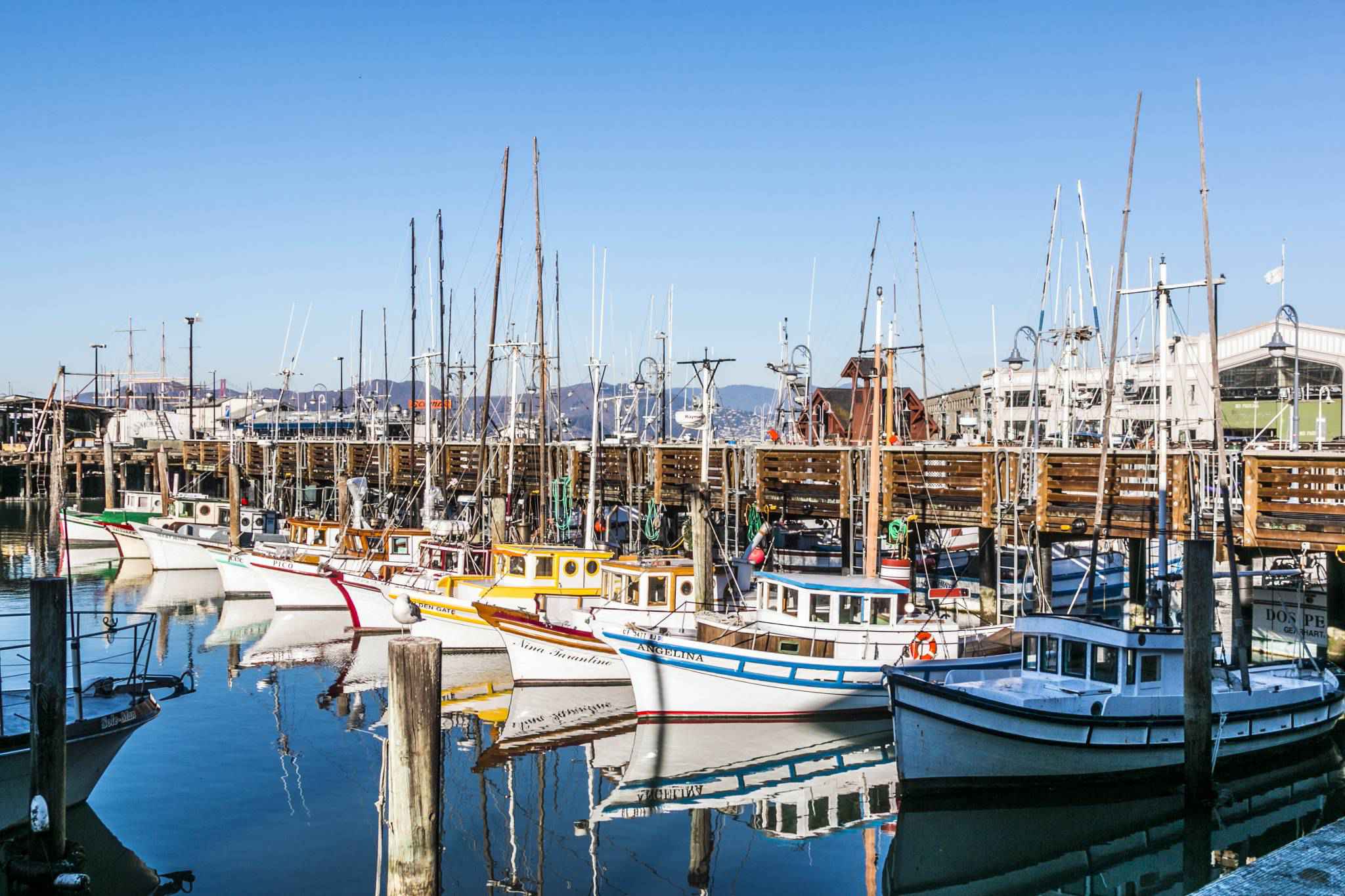