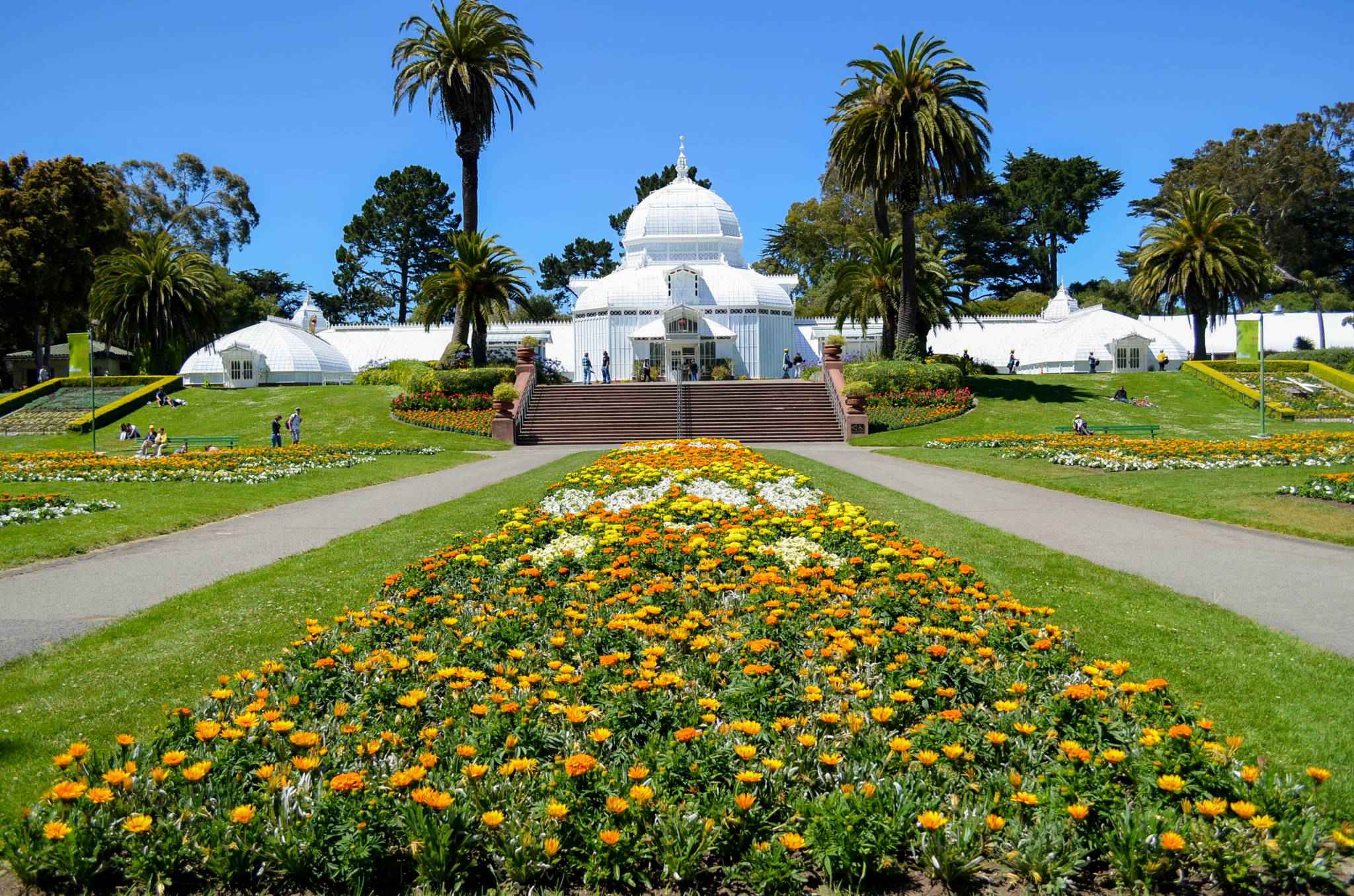 Golden Gate Park, located in San Francisco, California, United States, is a large urban park consisting of 1,017 acres of public grounds. It is administered by the San Francisco Recreation & Parks Department, which began in 1871 to oversee the development of Golden Gate Park. Configured as a rectangle, it is similar in shape but 20 percent larger than Central Park in New York, to which it is often compared. It is over three miles (4.8 km) long east to west, and about half a mile (0.8 km) north to south. With 13 million visitors annually, Golden Gate is the fifth most-visited city park in the United States after Central Park in New York City, Lincoln Park in Chicago, and Balboa Park and Mission Bay Park in San Diego.

Music Concourse Area
The Music Concourse is a sunken, oval-shaped open-air plaza originally excavated for the California Midwinter International Exposition of 1894. Its focal point is the Spreckels Temple of Music, also called the "Bandshell," where numerous music performances have been staged. During the fall, spring, and summer seasons, various food trucks are often parked behind the Bandshell, providing local food options to visitors of the Music Concourse. The area also includes a number of statues of various historic figures, four fountains, and a regular grid array of heavily pollarded trees. Since 2003, the Music Concourse has undergone a series of improvements to include an underground 800-car parking garage and pedestrianization of the plaza itself. It is surrounded by various cultural attractions, including:

Academy of Sciences
The California Academy of Sciences was founded in 1853, just three years after California was made a state, making it the oldest scientific institution in the western United States. The present building encompasses 37,000 square meters and includes exhibits of natural history, aquatic life, astronomy, gems and minerals, and earthquakes.

Rooms within the Conservatory
Special Exhibits Room
Every six months the special exhibits room changes its gallery. Oftentimes the exhibits include model trains as well as models displaying the topic of presentation. Galleries vary from California fairs to tropical island survival.

Statues
The Statue of John McLaren stands in the Rhododendron Dell. John McLaren had this statue hidden and it was only placed in the dell after his death. Other Statues of historical figures are also located throughout the park, including Francis Scott Key, Robert Emmet, Robert Burns, the double monument to Johann Goethe and Friedrich Schiller, General Pershing, Beethoven, Giuseppe Verdi, President Garfield, and Thomas Starr King. The bronze statue of Don Quixote and his companion, Sancho Panza kneeling to honor their creator, Cervantes, combines historical and fictitious characters. At the Horseshoe Court in the northeast corner of the park near Fulton and Stanyan, there is a concrete bas-relief of "The Horseshoe Pitcher" by Jesse "Vet" Anderson, a member of the Horseshoe Club. Across from the Conservatory of Flowers is Douglas Tilden's "The Baseball Player". On the hill at the top of Rainbow Falls stands the Prayerbook Cross, a 60-foot tall monument erected in 1894. A gift from the Church of England, the Celtic-style cross once was quite prominent, but is now largely hidden by park trees. 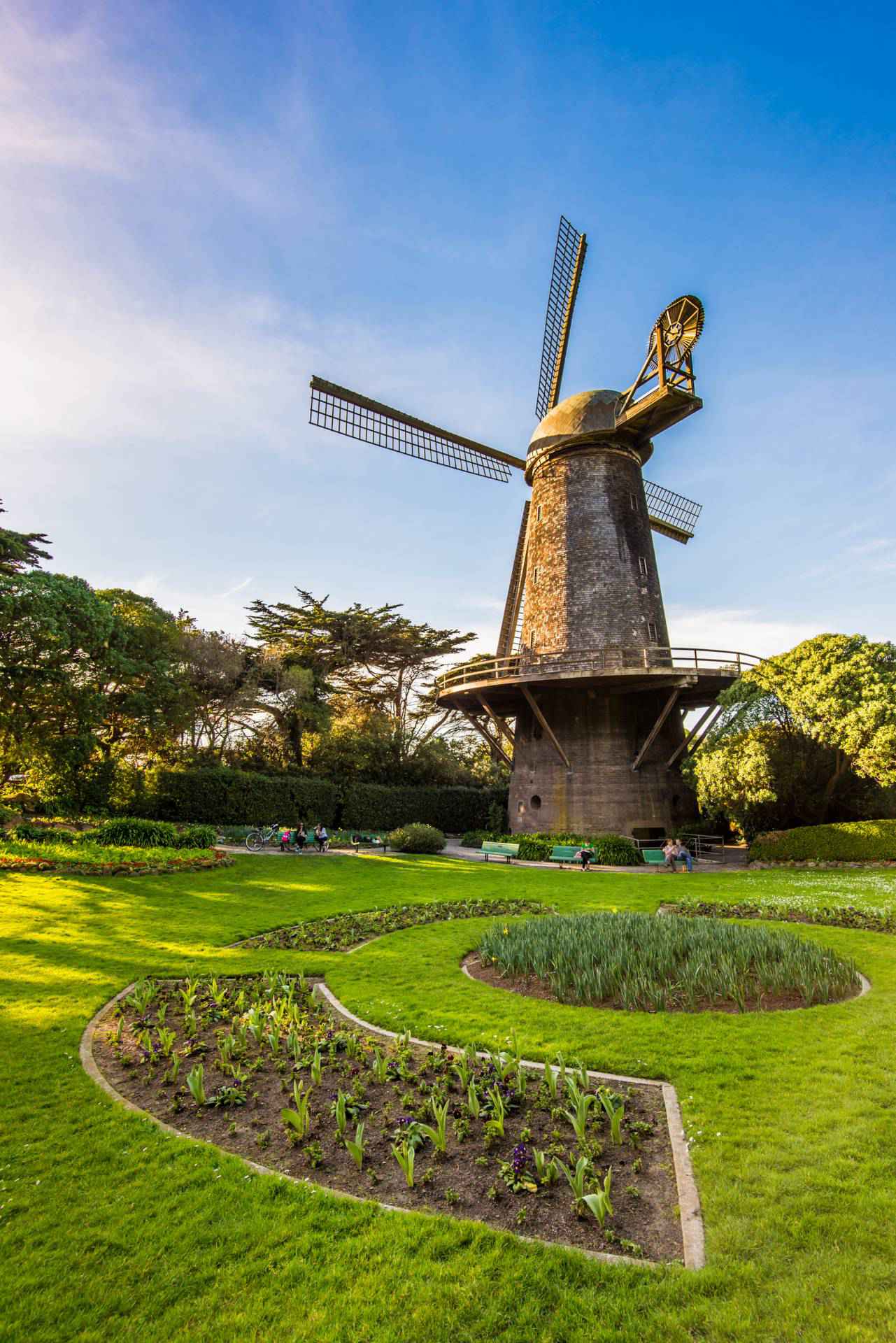