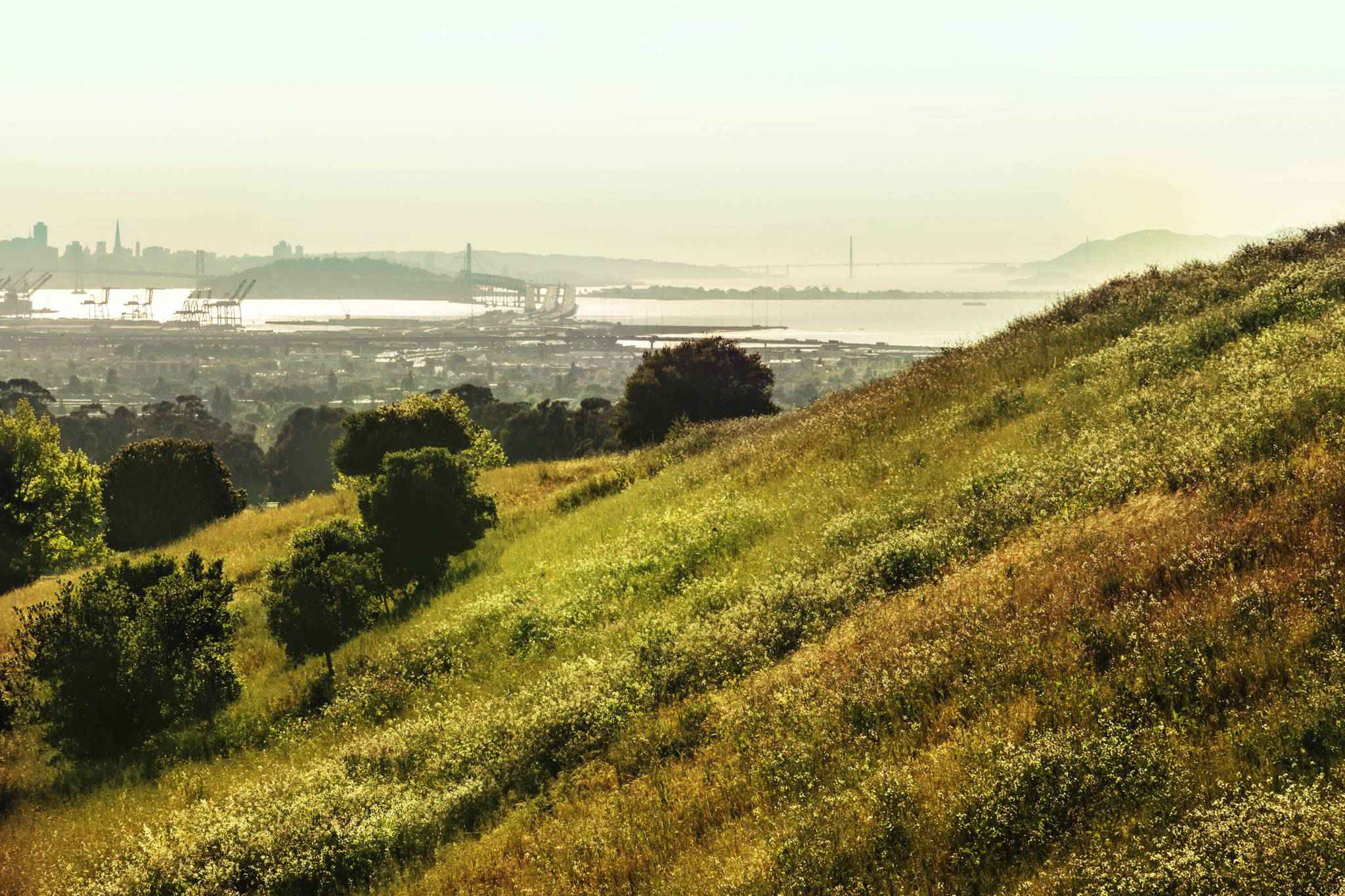 Indian Rock Park is a 1.18-acre public park in the city of Berkeley, California, on the slope of the Berkeley Hills. It is located in the northeast part of the city, about one block north of the Arlington/Marin Circle, and straddles Indian Rock Avenue. The central feature of the park is a large rock outcropping on the west side of Indian Rock Ave. The larger portion of the park, on the opposite side of the street, has several much smaller rock outcroppings, grass fields, and a small barbecue and picnic area.

The top of the main outcropping, Indian Rock, commands a spectacular view that encompasses sights from downtown Oakland and the University of California, Berkeley campus to the south; central Berkeley, San Francisco Bay, and San Francisco to the west; and Marin County and Richmond, California to the northwest and north. All three of the bay's largest bridges can be seen from the rock. Indian Rock is a popular place in the East Bay to watch the sunset.

Volcanic in origin, Indian Rock is the largest of a number of similar rhyolite rock formations in the vicinity, including the smaller rocks in the portion of the park on the east side of Indian Rock Ave. For example, only one block farther up the east side of Indian Rock Ave. is the 0.39-acre (1,600 m2) Mortar Rock Park, which has its own complex of granite outcroppings. Many remains of acorn-grinding pits carved into solid rock can be found in all these outcroppings, especially the aptly named Mortar Rock. These pits were made by the local indigenous people, the Huichin band of the Ohlones.

Indian Rock has long been used as a practice site for serious rock climbing, particularly bouldering. Members of the Sierra Club began climbing there regularly on weekends at least as early as the 1950s. Dick Leonard, the noted rock climber, and noted environmentalist David Brower, founder of Friends of the Earth, learned rock climbing and developed their mountaineering techniques at Indian Rock Park. Brower used this special knowledge to prepare training manuals during World War II. The late, famous mountaineering photographer Galen Rowell, was often found bouldering at Indian Rock when not on assignment.

A public walkway, Indian Rock Path, connects the park and Indian Rock Ave. to the intersection of Solano Avenue and The Alameda, three blocks to the west. The main part of Indian Rock itself has two sets of steps leading to its summit that were carved into the rock during the Depression years.