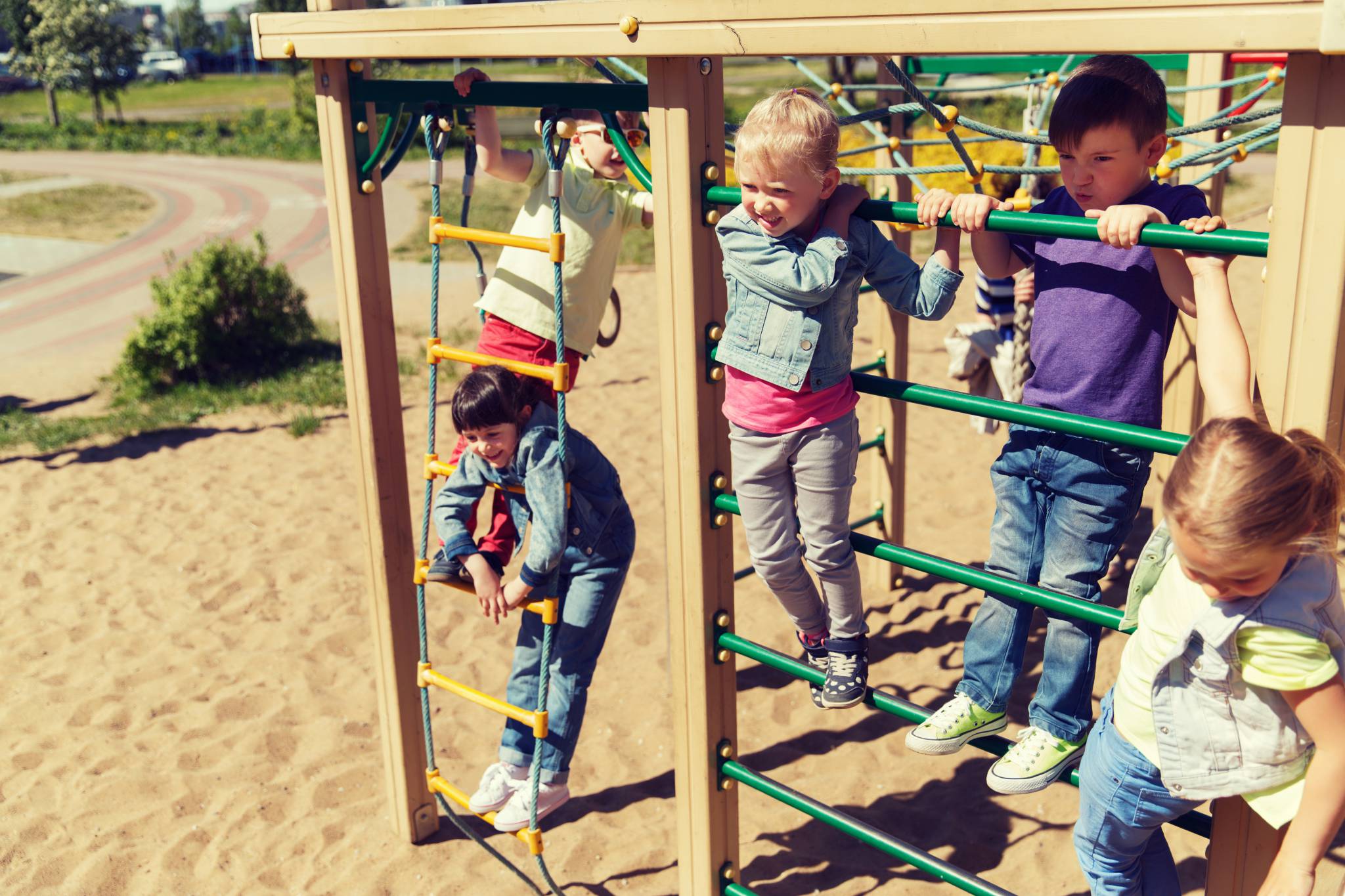 With an embracing deep green backdrop, the new and improved children’s playground at Golden Gate Park was reopened in 2007 and renamed the Koret Children’s Quarter. As you enter the large play area, the laughter and energy of local children often fills the air. Established in 1888, there is something special here that many playgrounds do not offer – an authentic carousel. While this historic gem provides a delightful center of wonder and mental stimulation, the entire Children’s Quarter is marked with a sense of youthfulness, fun, and invigorating action.

Accommodating the flood of children who need to release their ever-growing energy, merry-go-rounds with their dizzying satisfaction, serves as one of the many momentary distractions related to a playground. When pushed, the merry-go-round sends loads of children into circular flight. When it comes to enjoying the same type of excitement, but on a far impressive level, carousels provide a magical ride into a dreamland that individuals of all ages may appreciate. At the Children’s Playground, this kind of unique enchantment is brought to life and presents yet another remarkable Golden Gate Park attraction.

EXPLORING THE GOLDEN GATE PARK PLAYGROUND
As you enter the large play area, the laughter and energy of local children often fills the air. Swings lift high into the sky as ponytails and braids latch onto a playful breeze. Large tubes allow kids to crawl through whatever their imagination can think of; perhaps the path towards buried treasure or the inside of a submarine.

Planks test balance and courage, while colorful slides decorate the playground, allowing a long uncontrolled drop from the sky to a new starting point that is filled with more fun and excitement. While the carousel offers a delightfully placed center of wonder and mental stimulation, the entire play space is marked with a sense of youthfulness, fun, and invigorating action.

KORET CHILDREN’S QUARTER
A blend of old and newer features decorate the children’s playground – a setting filled with a harmonious intermingling of rock, rubber, plastic, dirt, grass and sand. Children now cling to reach the next level of a towering rope climbing structure. A climbing wall shaped like waves offers textured exploration. With a piece of cardboard in hand, kids and adults alike can rip down the historic concrete slide.

There are patches of grass for visitors to settle into, read a book, and watch the kiddies from afar. While there are no tennis or basketball courts, you will find larger grassy fields adjacent to the playground, which provides a space for group games. There is also an area designated for dog lovers to mingle.

A CAROUSEL IN THE GOLDEN GATE PARK
Since the playground opened, there have been three carousels at Golden Gate Park, but the one that currently entertains is a beauty built in 1914 by the Herschell-Spillman Company. With a whirl of horses, dogs, roosters, and other creatures, the inside of the carousel also offers painted panels that illustrate Bay Area landscapes. For a small fee, children and adults can take a ride on the carousel.

The carousel is one that illustrates an interesting part of 12th century Arabian and Turkish tradition. Derived from the Spanish word, carosella (meaning “little war”) real horses and lances were used to engage in a game of horsemanship and technique that was taken quite seriously. The game traveled across the continents, setting in Europe during the 1680s, where the act became a bit of a spectacle.

Eventually, wooden horse contraptions were created for members of young royalty to get ready for upcoming tournaments. It was from this design that the modern carousels flourished, bringing in the “Golden Age” of the carousel from 1880 to the early part of the 1930s.

At one time, more than 7,000 carousels thrived, but now only 300 of these beauties exist with a very special example residing in Golden Gate Park. While the 1912 Herschel-Spillman carousel stands as the true gem of the playground, the park also offers many traditional childhood favorites, such as slides and swings. 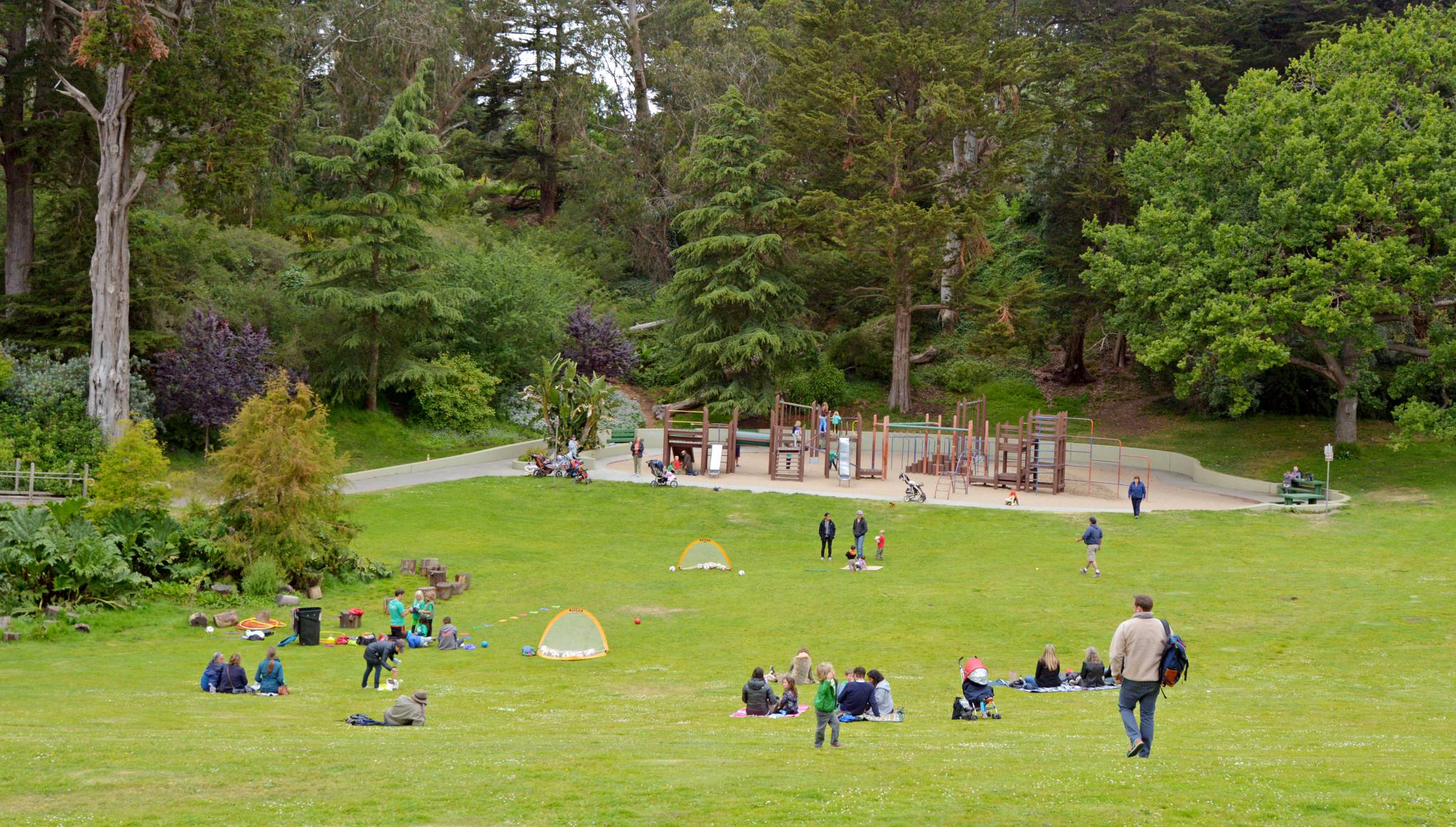