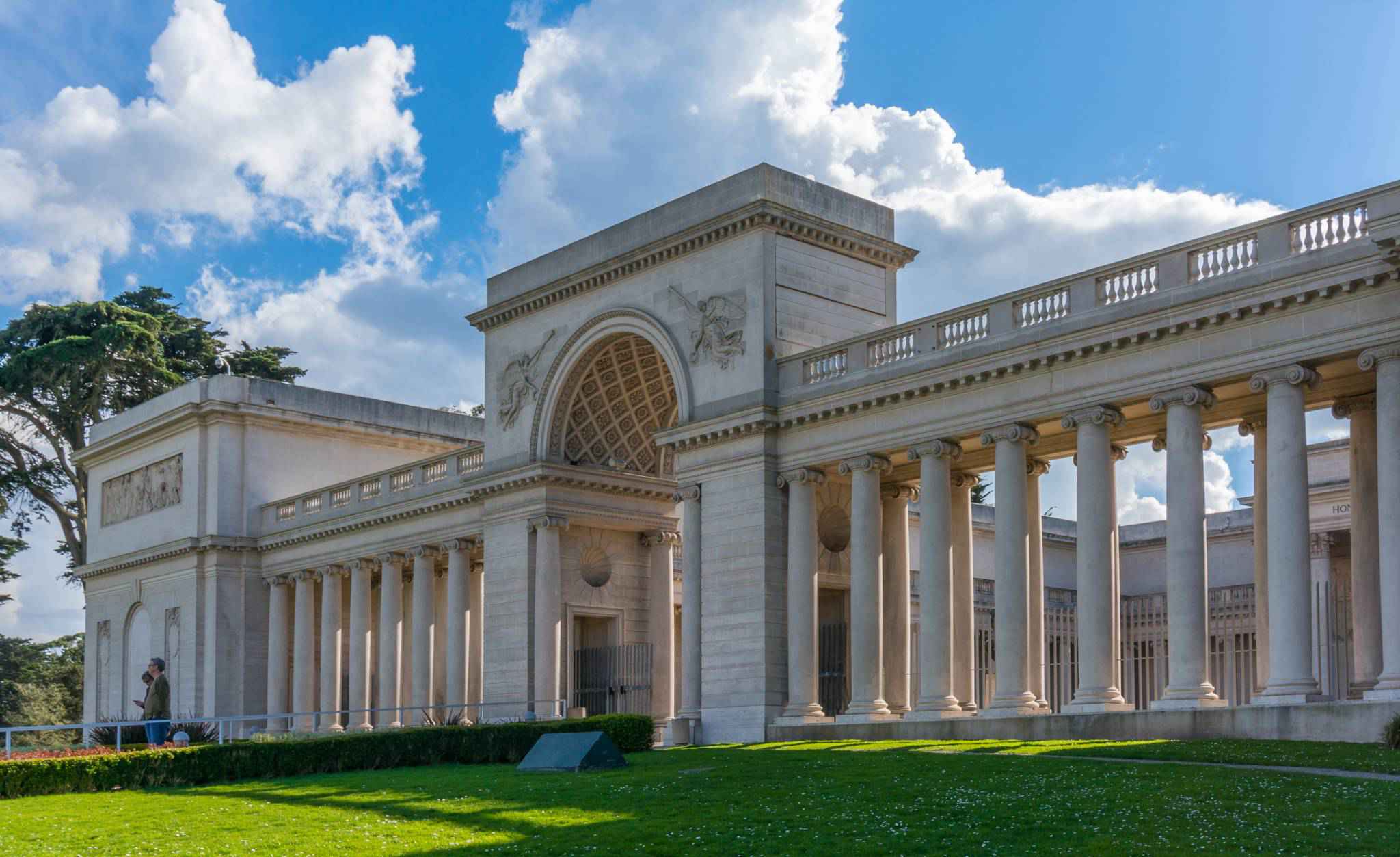 The Legion of Honor is a part of the Fine Arts Museums of San Francisco (FAMSF). The name is used both for the museum collection and for the building in which it is housed. On March 22, 2016, the Fine Arts Museums of San Francisco announced the appointment of Max Hollein as its director, taking over from Colin Bailey who left for the Morgan Library & Museum after a two-year term. Hollein's tenure began on June 1, 2016.

The Legion of Honor was the gift of Alma de Bretteville Spreckels, wife of the sugar magnate and thoroughbred racehorse owner/breeder Adolph B. Spreckels. The building is a full-scale replica, by George Applegarth and H. Guillaume, of the French Pavilion at the 1915 Panama–Pacific International Exposition, which in turn was a three-quarter-scale version of the Palais de la Légion d'Honneur also known as the Hôtel de Salm in Paris, by Pierre Rousseau (1782). At the close of the exposition, which was located just a few miles away, the French government granted Spreckels permission to construct a permanent replica of the French Pavilion, but World War I delayed the groundbreaking until 1921.

The museum building occupies an elevated site in Lincoln Park in the northwest of the city, with views over the Golden Gate Bridge. Most of the surrounding Lincoln Park Golf Course is on the site of a potter's field called the "Golden Gate Cemetery" that the City had bought in 1867. The cemetery was closed in 1908 and the bodies were relocated to Colma. During seismic retrofitting in the 1990s, however, coffins and skeletal remains were unearthed.

The plaza and fountain in front of the Palace of the Legion of Honor is the western terminus of the Lincoln Highway, the first improved road for automobiles across America. The terminus marker and an interpretive plaque are located in the southwest corner of the plaza and fountain, just to the left of the Palace. Dominating the Classical plaza is "Pax Jerusalemme," a modern sculpture by Mark di Suvero, widely criticized as plop art.

Collections
The Legion of Honor displays a collection spanning more than 6,000 years of ancient and European art and houses the Achenbach Foundation for Graphic Arts in a neoclassical building overlooking Lincoln Park and the Golden Gate Bridge.

The museum contains a representative collection of European art, the largest portion of which is French. Its most distinguished collection is of sculpture by Auguste Rodin. Casts of some of his most famous works are on display, including one of The Thinker in the Court of Honor. However, there are individual works by many other artists, including François Boucher, Rembrandt, Gainsborough, David, El Greco, Giambattista Pittoni, Rubens, and many of the Impressionists and post-Impressionists—Degas, Renoir, Monet, Pissarro, Seurat, Cézanne and others. There are also representative works by key 20th century figures such as Braque and Picasso, and works of contemporary artists like Gottfried Helnwein and Robert Crumb.
Icon of Saints John the Baptist and Minias, Bicci di Lorenzo (15th century)
St. Francis Venerating the Crucifix, El Greco, 1595
St. John the Baptist, El Greco, 1600
The Tribute Money, Rubens, 1612
Descent from the Cross, Giambattista Pittoni, 1750
The Age of Bronze, Auguste Rodin, 1875
Trotting Horse Edgar Degas, 1881
The Kiss, Auguste Rodin, 1884
The Grand Canal, Claude Monet, 1908
Waterlilies, Claude Monet, 1914

Symphonic organ
In 1924, John D. Spreckels commissioned the Ernest M. Skinner Company of Boston to build the symphonic organ. The museum organ, which is housed inside the museum above the main galleries, has 4 manuals and pedals, 7 divisions, 63 ranks, with a total of 4,526 pipes. Symphonic music is especially effective on the museum organ with its battery of pneumatically operated percussion instruments and set of tubular chimes. A thunder pedal is used for the musical representation of storms. All together, the organ comprises one Great Organ, a Swell Organ, a Choir Organ featuring a 16-foot Contra Dulciana, Choir Organ Echo, a Solo Organ, Solo Organ Echo, an Arch Organ outfitted with 8-foot Arch Clarion, a 64-foot Gravissima and a 32-foot Bourdon Profunda, in addition to the final Traps that were enclosed in the Choir: Bass drum, castanets, Chinese block, crash cymbal, gong snare drum (f), snare drum (ff), and a tambourine triangle. 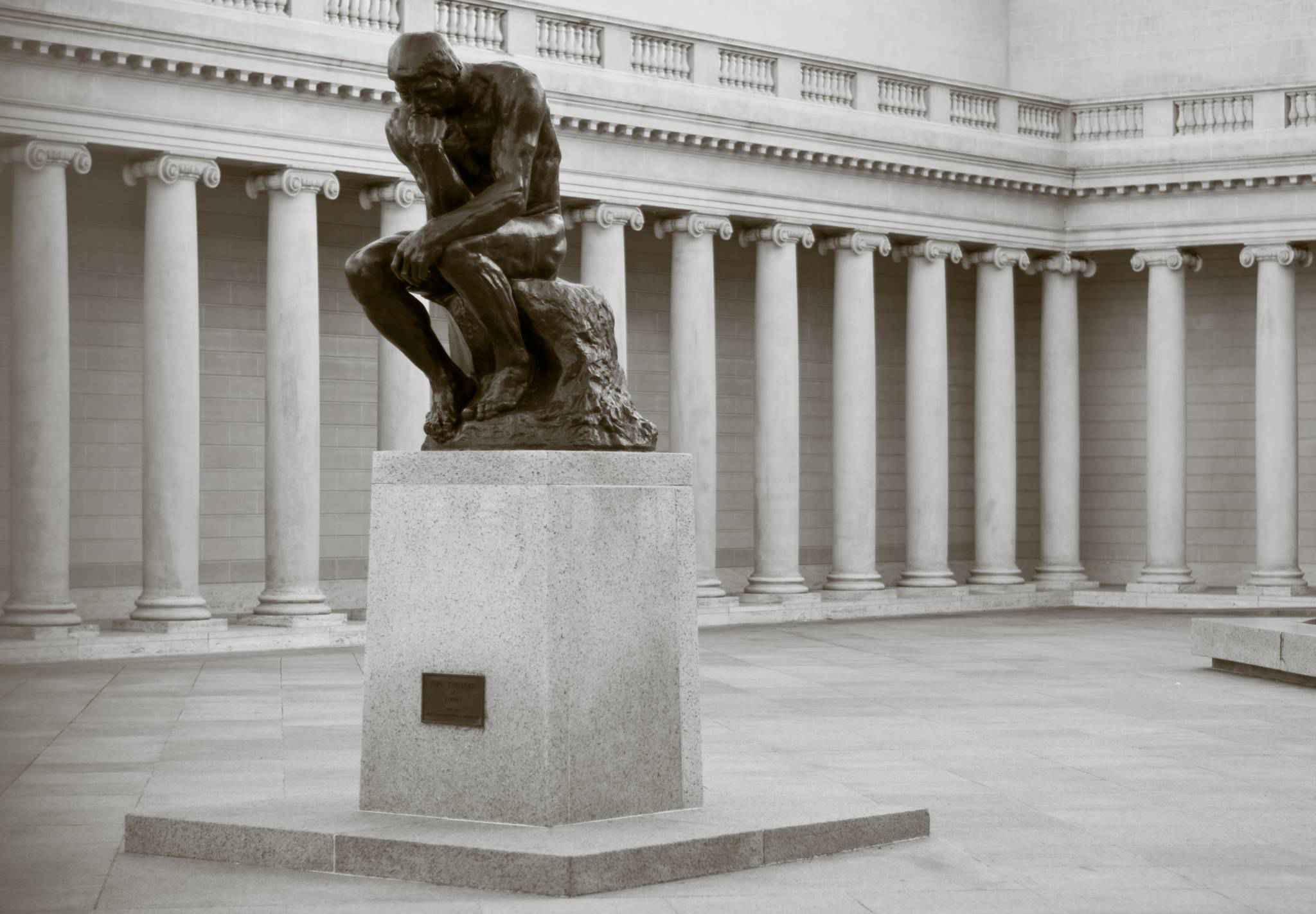