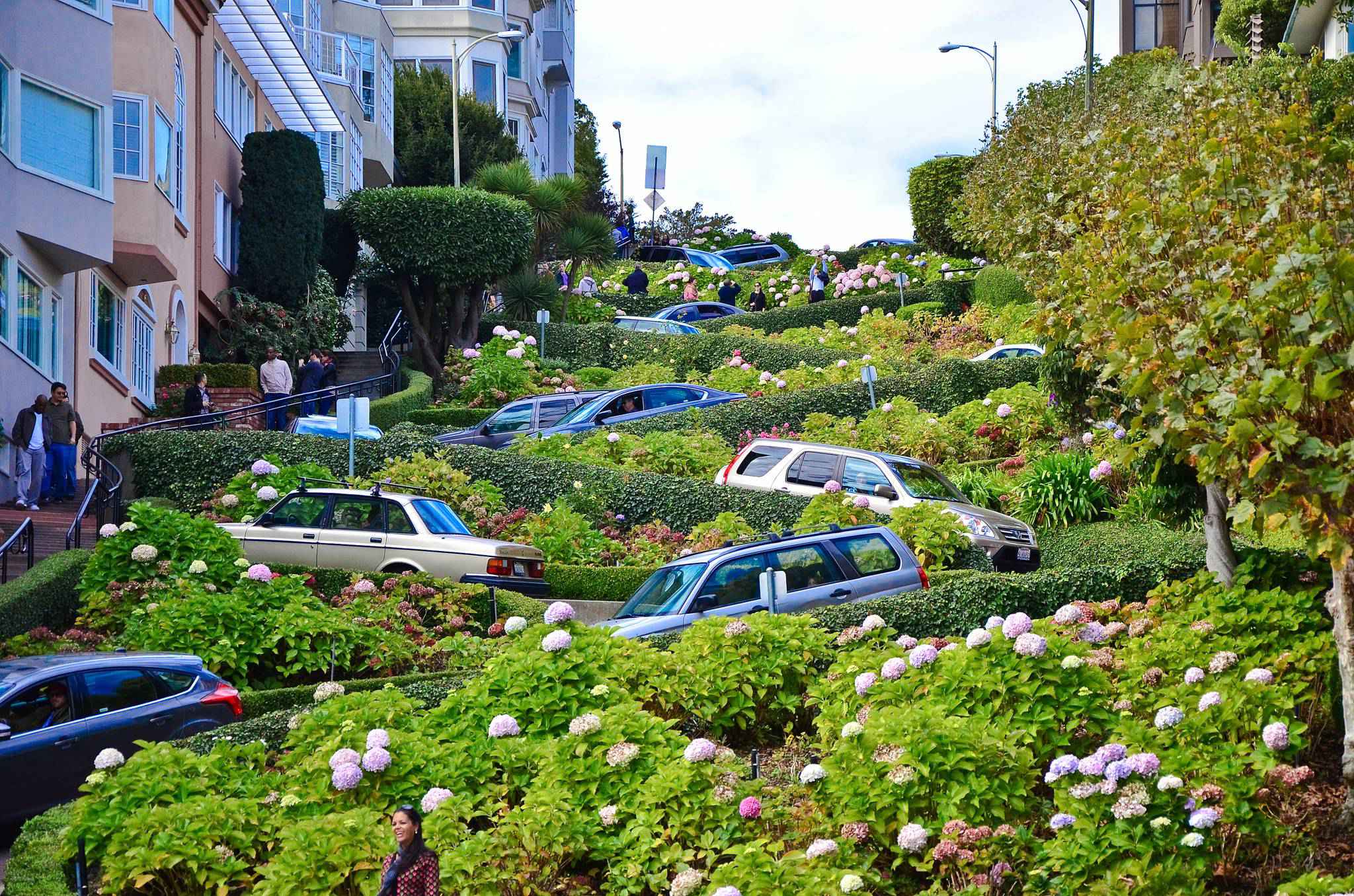 Lombard Street is an east–west street in San Francisco, California that is famous for a steep, one-block section with eight hairpin turns. Stretching from The Presidio east to The Embarcadero , most of the street's western segment is a major thoroughfare designated as part of U.S. Route 101. The famous one-block section, claimed as "the most crooked street in the world", is located along the eastern segment in the Russian Hill neighborhood. The street was named after Lombard Street in Philadelphia by San Francisco surveyor Jasper O'Farrell.

Lombard Street is known for the one-way block on Russian Hill between Hyde and Leavenworth Streets, where eight sharp turns are said to make it the most crooked street in the world. The design, first suggested by property owner Carl Henry and built in 1922, was intended to reduce the hill's natural 27% grade, which was too steep for most vehicles. It is also a hazard to pedestrians, who are accustomed to shallow inclines, up to 4.86° because of wheel chair navigability concerns. The crooked block is perhaps 600 feet (180 m) long (412.5 feet (125.7 m) straightline), is one-way (downhill) and is paved with red bricks. The sign at the top recommends 5 mph (8 km/h).
The Powell-Hyde cable car stops at the top of the block on Hyde Street.

Past residents of Lombard Street include Rowena Meeks Abdy, an early California painter who worked in the style of Impressionism. 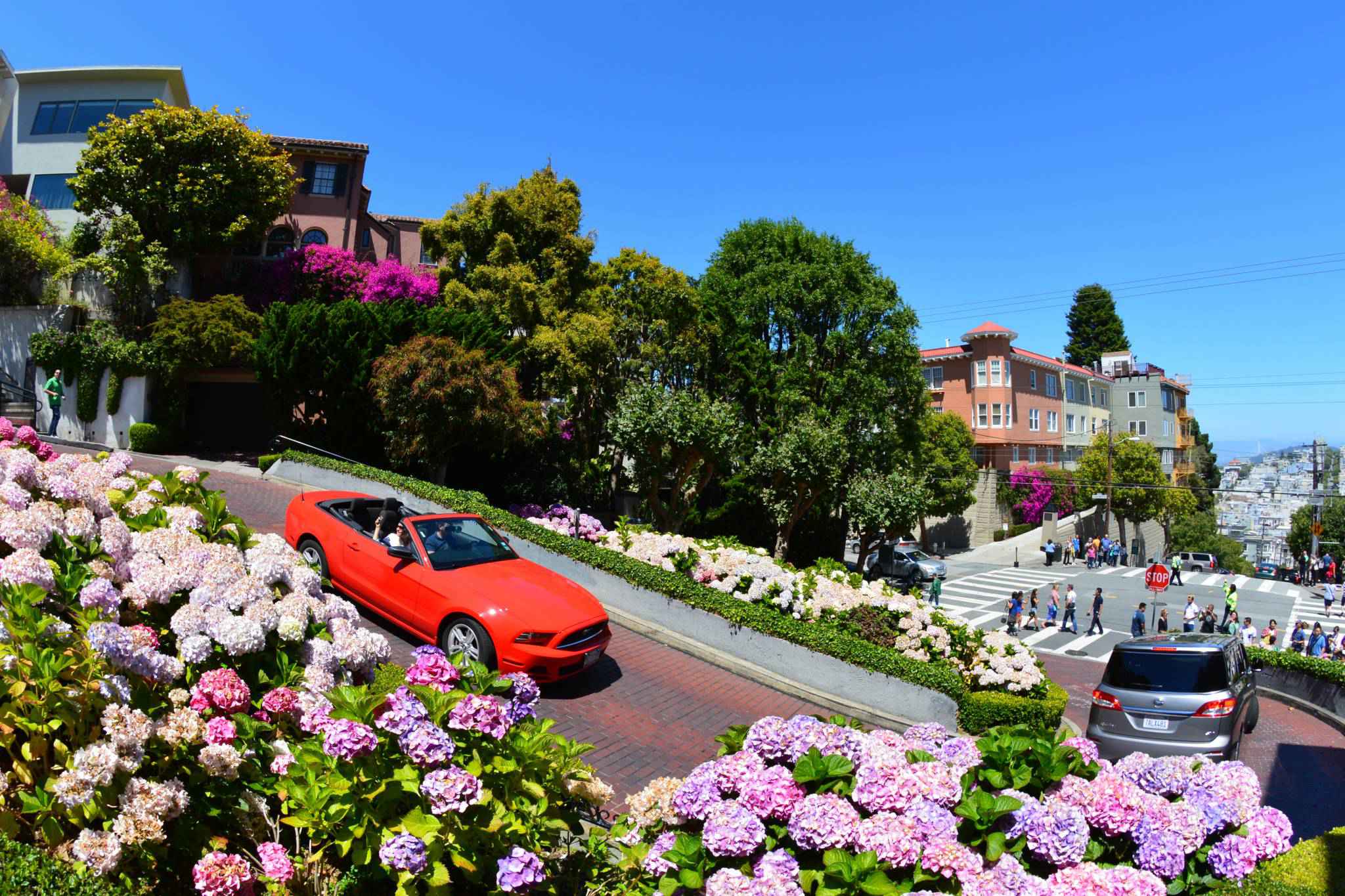