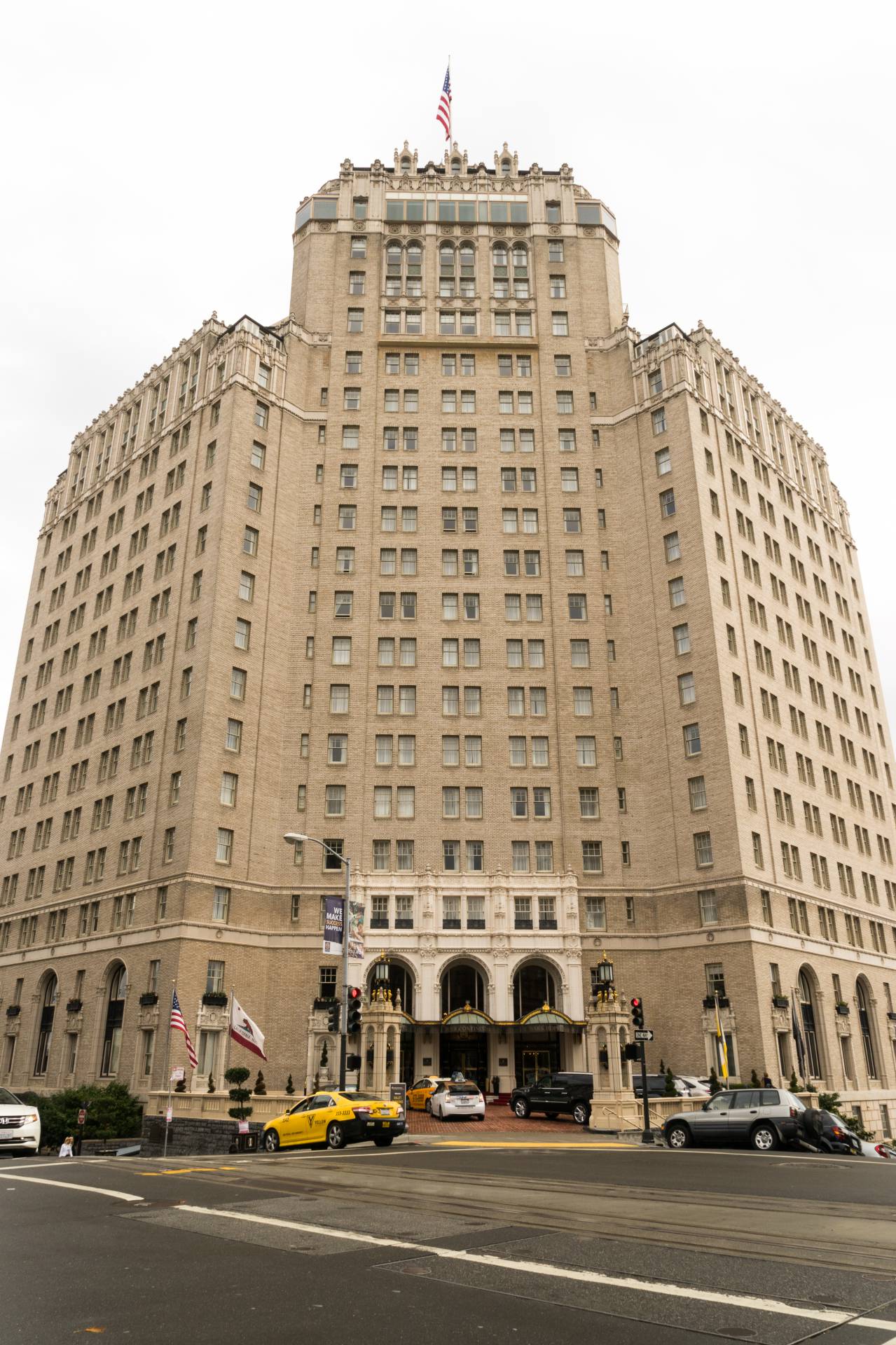 The 19th floor penthouse suite was converted in 1939 into the glass-walled Top of the Mark restaurant cocktail lounge.

InterContinental Mark Hopkins Hotel is a member of Historic Hotels of America, the official program of the National Trust for Historic Preservation.

Mark Hopkins, one of the founders of the Central Pacific Railroad, chose the southeastern peak of Nob Hill as the site for a dream home for his wife, Mary. The mansion was completed in 1878, after his death. Since the tower of the mansion was at the time the highest point in San Francisco, Eadweard Muybridge chose to shoot his 1878 panoramic photograph of the city from this location.

Mary Sherwood Hopkins, on her death in 1891 at the age of seventy-three, left the Nob Hill mansion and a $70 million estate to her second husband, Edward Francis Searles. In 1893, Searles donated the building and grounds to the San Francisco Art Association (now San Francisco Art Institute), for use as a school and museum. It was called the Mark Hopkins Institute of Art and valued at $600,000 at the time.

The Mark Hopkins mansion survived the 1906 San Francisco earthquake; however, it was destroyed in the three-day fire that followed the earthquake.

One of the banquet areas, "The Room of The Dons", contains a piece of California history. Nine seven-foot-high panels painted by artists Maynard Dixon and Frank Von Sloun in 1926 for the hotel's opening decorate the upper walls. One panel shows Queen Calafia and her Amazons set against a gold leaf sky. Calafia is the namesake for the state of California.

During World War II, the Top Of The Mark lounge was a favored place for Pacific-bound servicemen and their sweethearts to meet before being deployed.

In 1962, the hotel was sold by the original owner George D. Smith to San Francisco financier Louis Lurie. In 1973, Lurie's heirs signed a long-term management contract for the Mark Hopkins with InterContinental Hotels Corporation. Woodridge Capital Partners Affiliates and funds managed by Oaktree Capital Management acquired the hotel in 2014.

The Mark Hopkins became a social center for the City, and is rated AAA Four-Diamond and has won the Gold-Key award.